My initial encounter with Reality+Images of Kim Kang Yong was not entirely clear. I was visually confused when I first saw the reproductions in a catalog. What was I seeing? Piles of bricks? The illusion was so convincing. Were these paintings of common bricks about formal composition? If not, then what was their conceptual intention? Was there a Political message lurking beneath the surface? Was there an optical discourse of some kind? Were these paintings trying to evoke a sense of order and disorder in human history? Did they represent the antipodes of construction and rubble generated through war and natural disaster? What were they really about? The more questions I asked about Kim Kang Yong's paintings, the more I discovered something about myself. One of the truly marvelous aspects of writing about art of this caliber is the possibility of re-awakening the need for expression and discovery in painting. As I examined these remarkable and somewhat mysterious images, they begin to seep into the fibers of my consciousness my sense of reality, even my role as an art critic.

At the outset, I realized that my self-questioning was too logical, too prescribed, too psychological. I was searching for dualities, something based on subject, the self and the other, the perceiver and the perceived, but none of these dualities seemed to work-at least not in the manner that I intended. The paintings used bricks as their subject matter, but as later discovered, the bricks were really an illusion-a window into another world, the world of painting. In the most literal sense, there was nothing there except light and dark shapes and the reference to an ordered or chaotic geometry painted over an evenly spread earth pigment mixed with fine sand and binders. Kim Kang Yong does not paint these bricks based on observation. The entire scenario unfolds in his mind, in his mind's eye. Beginning in the upper left corner, he moves slowly across the canvas through a kind of scanning, until he reaches the lower right corner. This is not a virtual act, but an act of tactile engagement.

The process is focused on imaging a surface of "bricks," while registering emptiness in the mind's eye. The artist sustains an awareness of form at every step along the way. The light and dark crevices are all invented and inverted based on the artist's mental awareness, through the process of memory. Every brick is created within the mind and is based on what he has learned through the observation of light in the external visual world. Nothing is copied, photographically or otherwise. Every "brick" is an invention of the mind. Each element, each shape, is brought out from the neutral ground of the gritty pigment through applied modulations, thus creating a space out of emptiness, an observable space that will eventually be identified in the vernacular as common "bricks." These are no deliberate formal ordering; nothing preconceived, other than a generalized concept of a grid, of rubble, and various combinations and permutations. One might consider earth "brick" as a kind of mental module that has achieved degree of tactile manifestation, a "reality" beyond the normative state of perception and Being.

Kim's paintings are not merely a regurgitation of academic methods or techniques appropriated from "Western style" painting (as it is called in Korean art schools). There is starkness of color in these paintings, a uniformity of color that persists on "ground zero" - as discussed by the French semiotician Roland Barthes. In other words, Mr. Kim has taken painting down to a new level, to an essential level, where we are forced to re-examine its foundations in a new way, maybe through an Eastern perspective. In certain respects, this has a strong link to Eastern philosophy, particularly in traditional aesthetics. Kim Kang Yong's "ground zero" is not only theoretical; it has strong meditative and practical roots. One may see these paintings as having a link to some aspects of Buddhism. The images while seemingly opaque upon first glance, they will eventually emerge-if one give them the necessary time - within a heightened complexity of form. They are paintings not unrelated to Cezanne's "still life" or, for that matter, to the hermetic Cubist paintings of Picasso and Braque, specifically those painted between 1909-1911.

Some will argue that on technical ground alone, they are a tour de force - which may be true, but technique in painting (as in any artistic medium) cannot be isolated from ideas or feelings. This concept is too limited. Being a Korean who fully aware of these limitations, Mr. Kim understands his work not only in terms of technique. He is searching for something more profound, something more open to reality. He goes deeply into the realm of the human spirit in search of an alternative world. Like all significant works of art, Kim's cultural specificity is embedded within his paintings, yet holds the capacity to extend beyond any limits. In this sense, culture is perhaps more readily tangible than heritage. It can be seen and felt more readily by the human sensory apparatus. Culture, for Kim Kang Yong, precedes form and is directly attributed to one's sense of identity. Leonardo's culture is not that of Hokusai's, and Pollock's is not Picasso's. For some viewers, the use of bricks as subject matter in a painting would be seen a relatively neutral. Simply stated, it is. There is nothing complicated at all about their meaning. Like the Cubists, these are no real variety in terms of color. The emphasis is given to the abstraction of reality. These are paintings about form and space and, finally, about emptiness. They are painted in an articulate and precise manner. They are exceptional works of art. 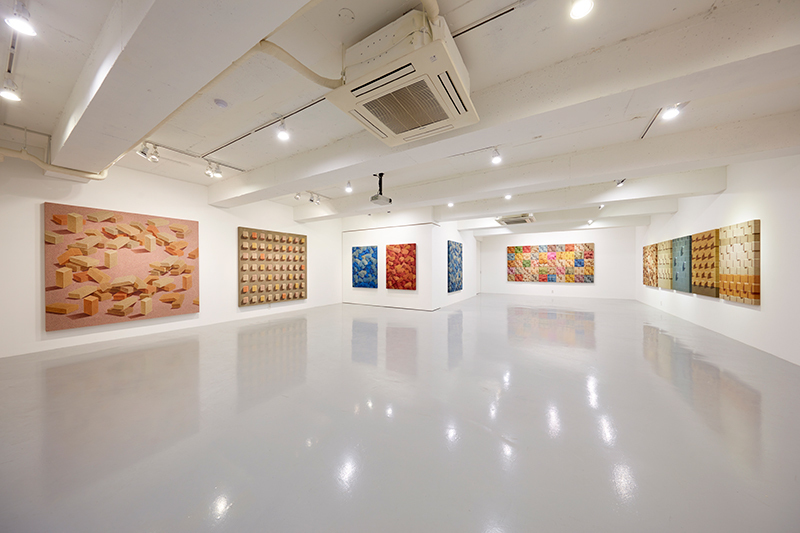 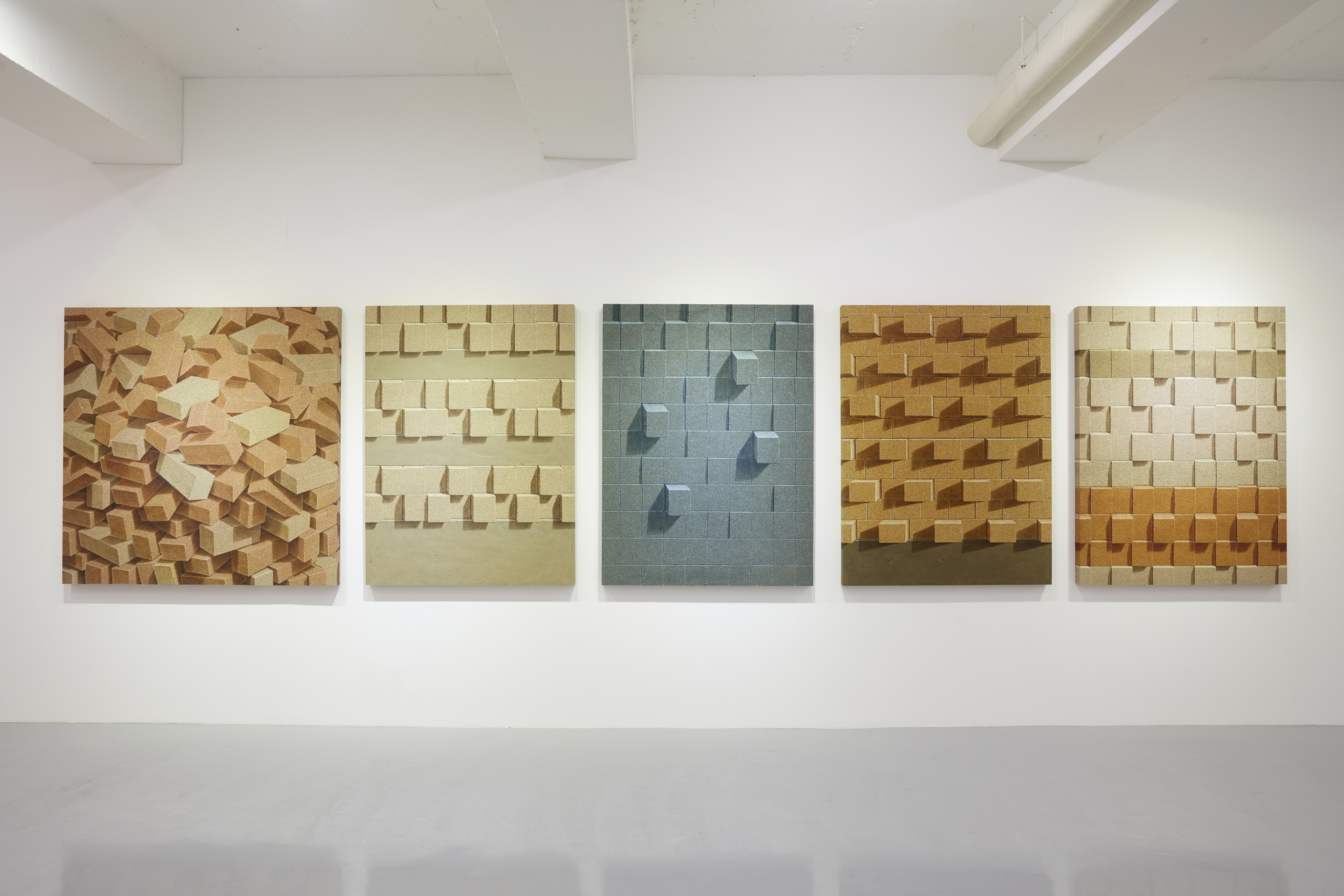 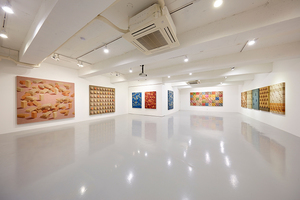 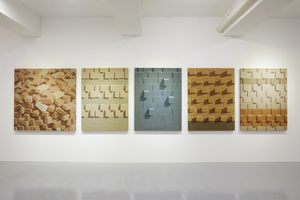 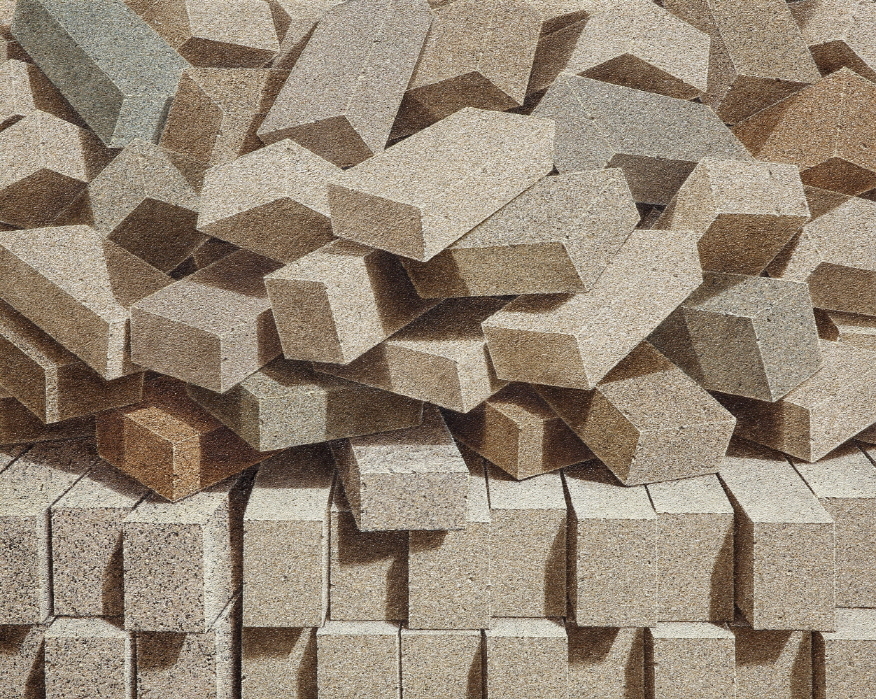 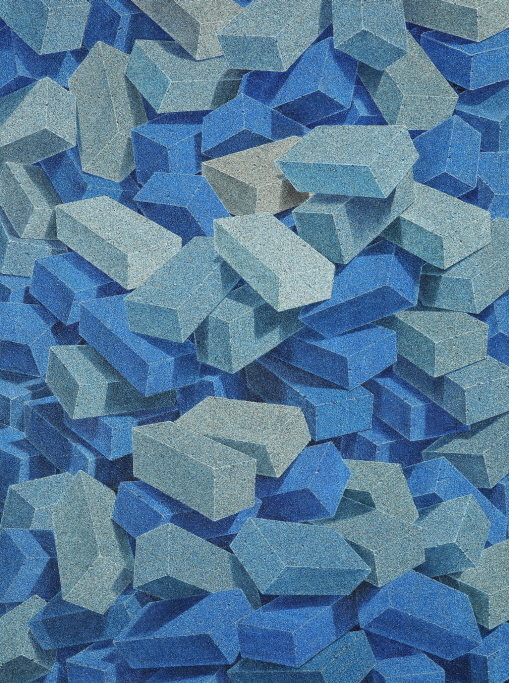 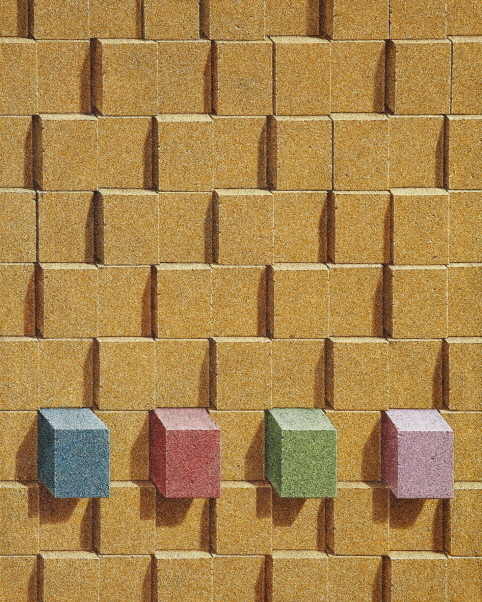 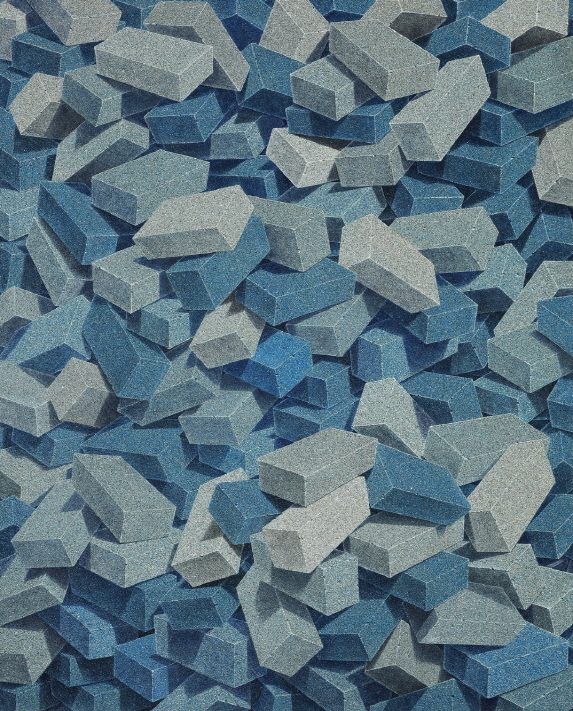 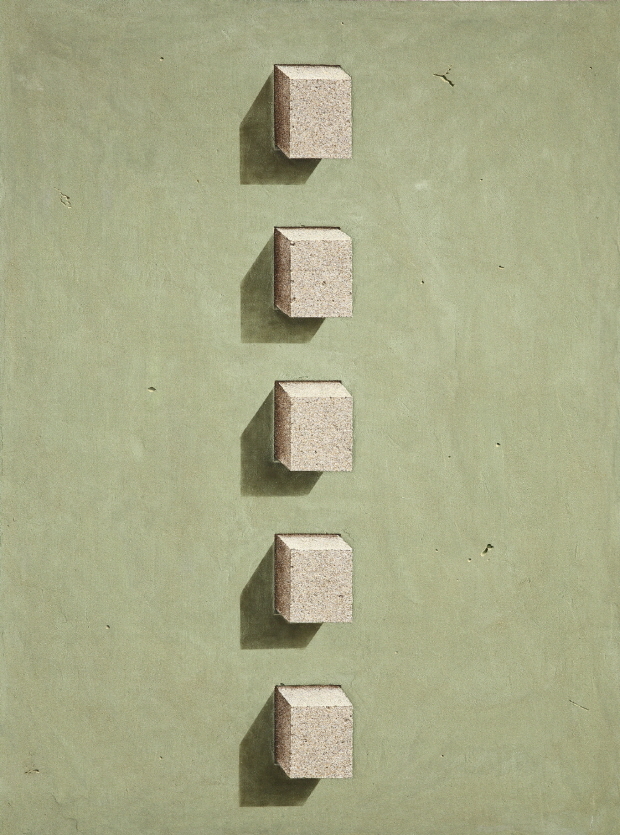 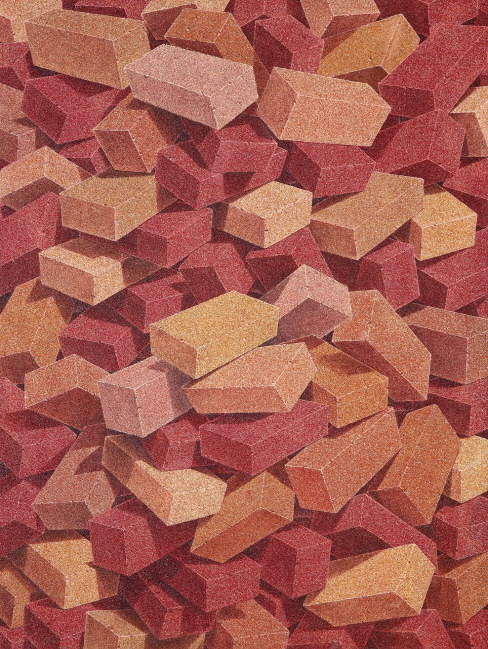 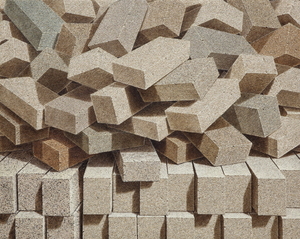 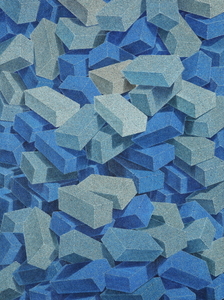 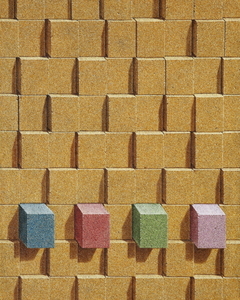 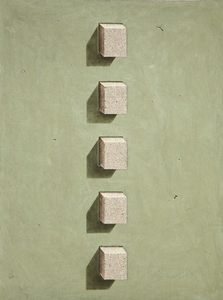 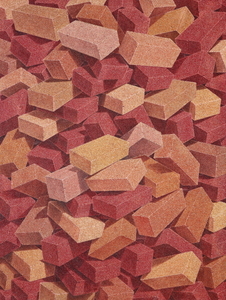