Artist Park Sang-mi has paid attention to potted plants in everyday life. Various plant pots in a flower shop, an indoor area, a hallway or by the wall embrace green leaves and colorful flowers. One day, they caught her attention and appeared afresh. In other words, the ordinary pots and familiar plants, which were scattered here and there, created a strange ambience on the whole and captivated her. There was a communication among the objects and the artist at last. That is about art. Art is 'a strange thing' through which one experiences the mundane and objects becomes significant beings - that is, a time for, say, communion with God, communicating with objects and activating animist creativity. As a result, the objects become the main subject and compete on an equal footing. Portraying such an experience, or an unknown but certainly perceptible thing, is painting – the impression, experience and memory of the unordinary encounter and a gesture to reach the aura. Therefore, it can be said that painting is a futile trial to paint the unknown and ambiguity, to reproduce the feeling, sensation and atmosphere of an instant moment when one was caught off-guard as if being poked sharply.

A pot, which is placed at a specific location (or flower garden, aquarium, garden, etc.) in an indifferent fashion, comes into sight. It could be there for the purposes of interior decoration, nature management amid the crude artifacts, or something beyond those purposes. The artist saw the strangely placed and directed nature. Seeing, or observing, leads to many thoughts and subsequently an intervention by the artist through the intermingling of everything she has. Because of this, wounds become materialized in the end by sticking to the skin of the object - a painting. The utterly beautiful but somewhat shabby and pathetic landscape begins to speak. The pots that are taken care of by someone in the city are parts of an 'intended and imitated nature.’ In a way, it is also like a desperate signal barely embracing the vitality of nature pathetically in a desolate city of infertility.

Although she has consistently noticed this, she realizes that it captivates her eye and heart in a totally new form at this point. Such a phenomenon is also called 'aura.' The artist captured the scene by taking a photograph, sketching and stamping on her memory. Then she reproduced the scene based on such a collection - a directed painting with the intention of emphasizing what she saw and felt. After all, all paintings represent another world filtered through the frame of emotions or senses of an individual. It is a separate world, with reference to the existing world though. However, such a world was clearly derived from the real outer space. Art always lives off of something that exists in this world; thus is a trace of the world. In other words, art is a 'strange view of the world' incorporated with the body of an individual who sees, feels and senses the outer world and the world.

Park's painting shows the contrast of textures of ink spread and flat, clear and abstract color dimensions, while oriental black ink and colors coexist on the traditional paper. In her oriental ink painting, a certain scene is depicted to the point that evokes pleasure on the whole and in between various rich colors are filled, though there are differences in concentration and chroma. This scene, which was created based on photographs and computer work, implies the flat surface of photography and digital pixel imagery, while resembling silkscreen printing in the methodological perspective. The hand-made against machine-made feels coexist, while a combination of the monotone and wrinkled drawing feels, resulting from the vertical line drawn with oil pastel on the color dimensions emphasizing the flat surface and where oriental ink was applied, creates a strange atmosphere. This evokes a mysterious sensation. Meanwhile, the vertical line hidden in the black ink contains the properties and determination of plants growing towards a light source - the sun, and reveals the stream of consciousness of the artist who sees and perceives it in a rhythmical manner. On the contrary, the strictly color-painted part is to put an intentional emphasis and place a side point, which symbolizes a taxidermied, artificial nature and deliberately evaporates the 'touch' of the hand or corporeality.

Sang-mi Park 's painting is a result of portraying the plants (nature) that were captured in her daily life in a composed manner through her vivid intuitive real-life experiences. At the same time, it demonstrates an interest in how nature imagery is generated in the cultural, visual environments of our times. It also shows what the yearnings for getting closer to nature are, as it is difficult to encounter nature in urban life. The flower garden, flower pots, the aquarium and the garden realizing the desires are where the real and the fake coexist and the space presents an invisible network of power that controls nature. Therefore, the plants and nature Park painted are asking a question about the meaning of existence of the vegetation in the urban environments. In this context, her work still encounters the old tradition of oriental painting.

Installation view of Coexistence with Nature 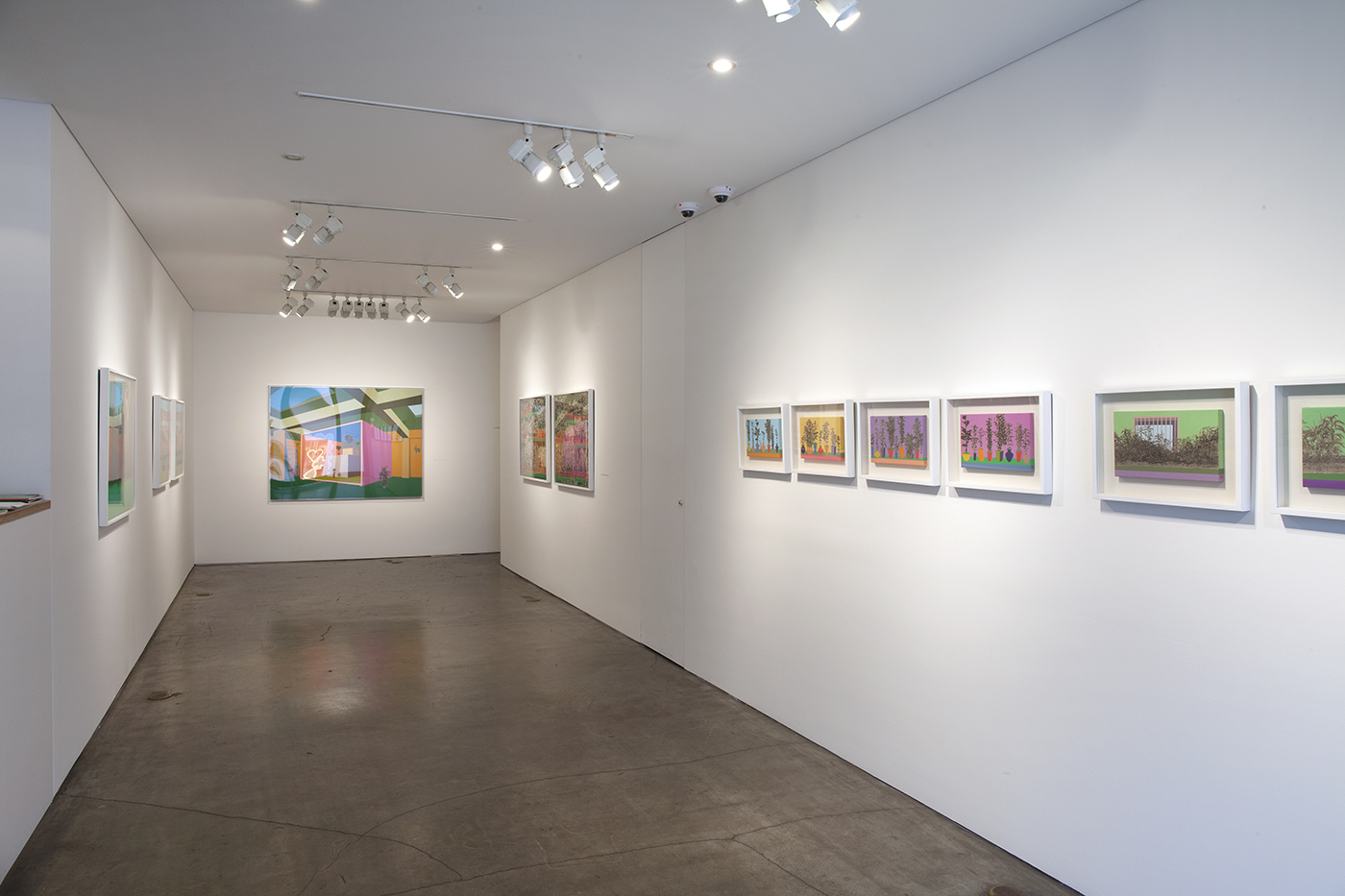 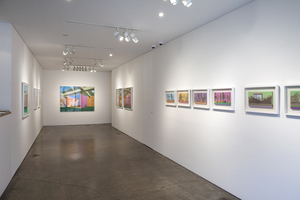 Installation view of Coexistence with Nature 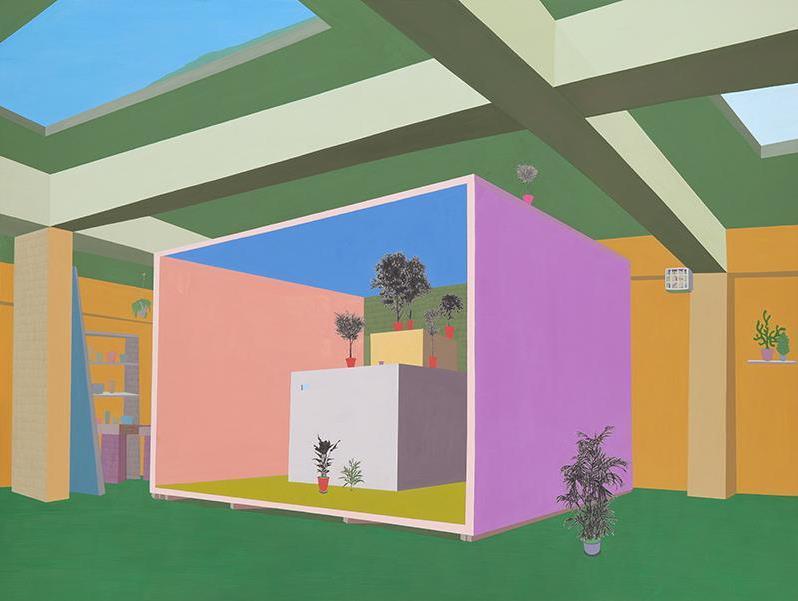 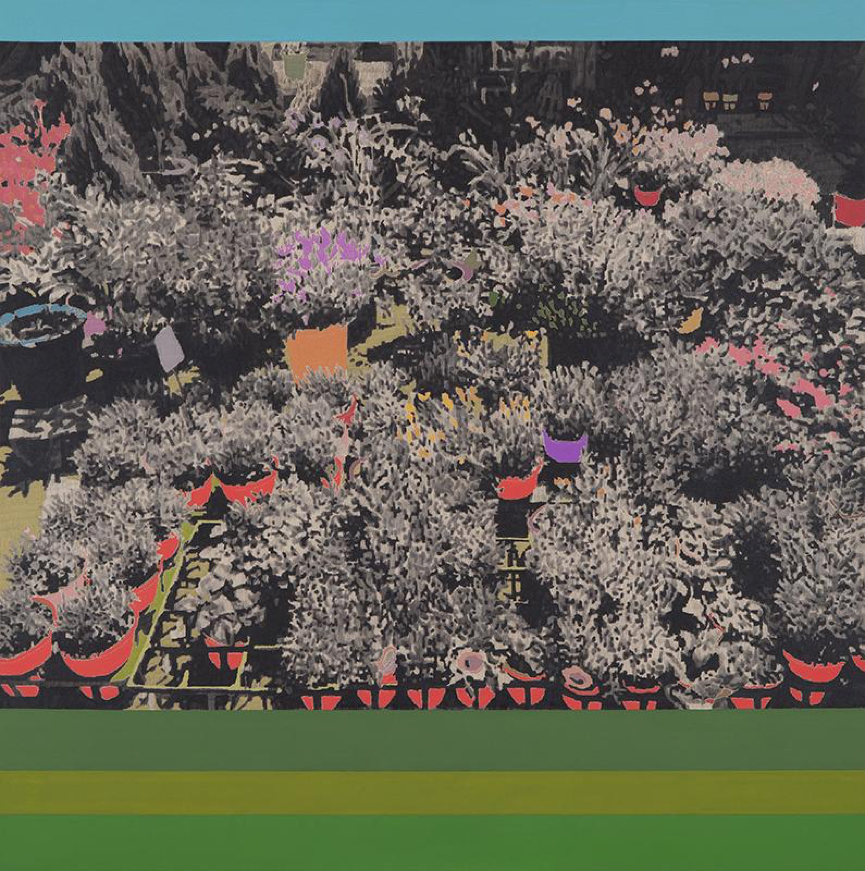 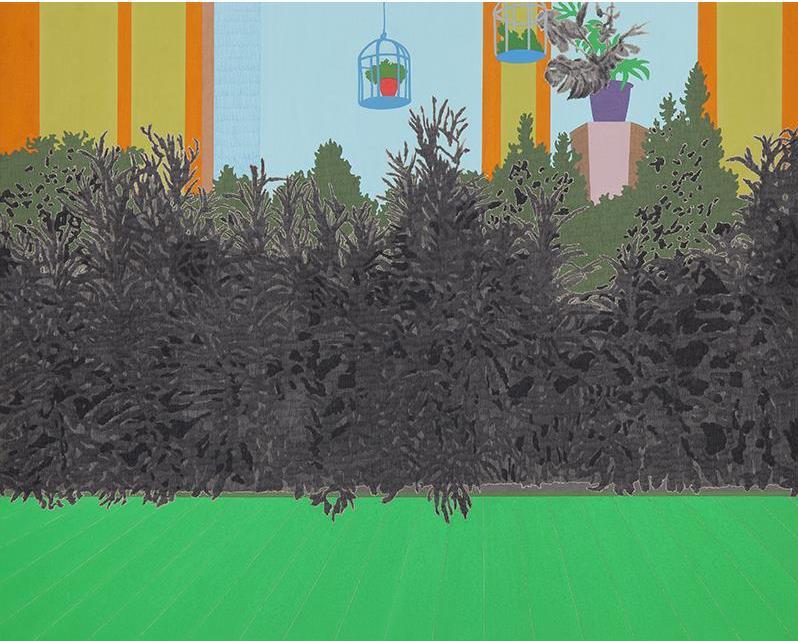 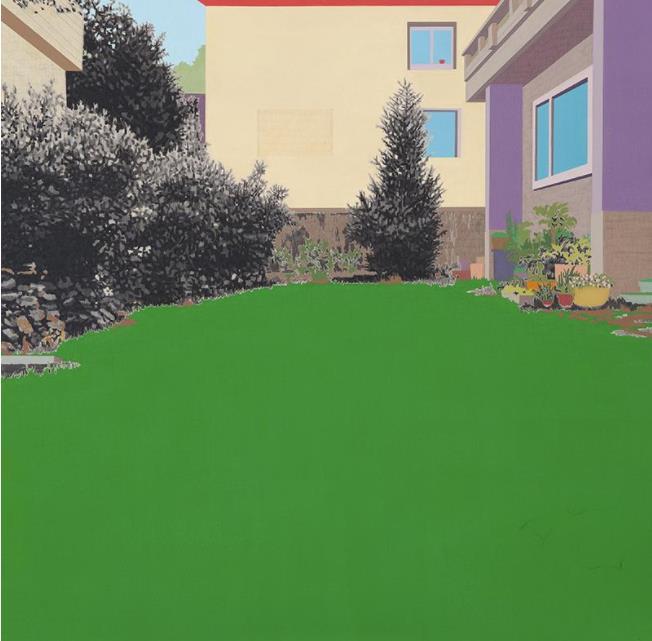 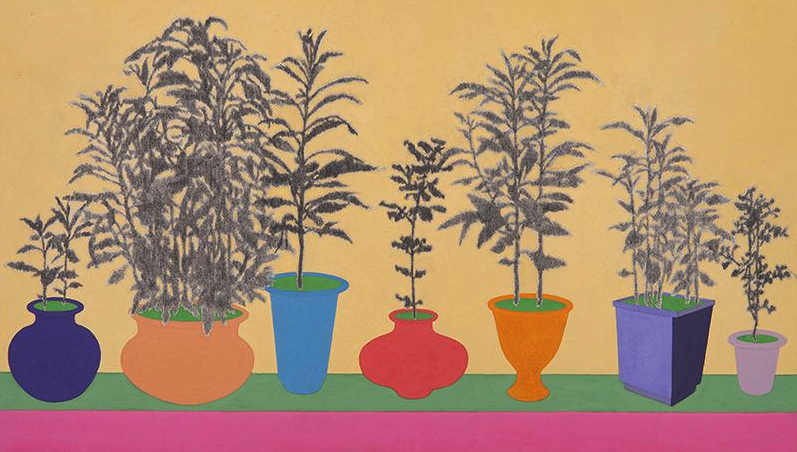 Indian ink and Korean color on Jangji over panel 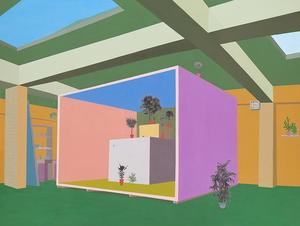 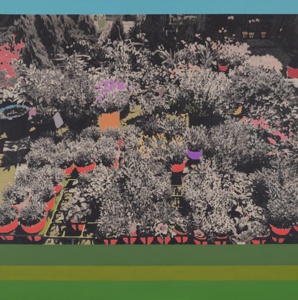 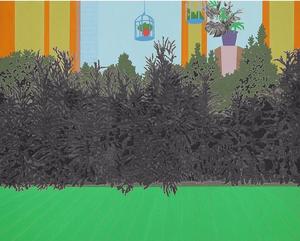 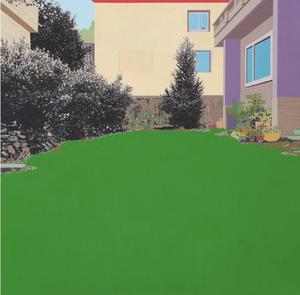 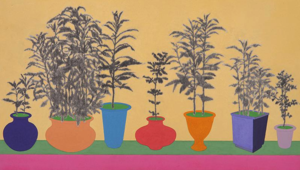 Back into the Body