The United States has the highest rate of incarceration in the world: We currently imprison about 2.3 million people, nearly a quarter of the global prison population. This is a human rights issue of epic proportions that urgently needs to be addressed, and with the expertise of those most impacted.

The O.G. Experience centers the voices and experiences of those who have been the most impacted by incarceration and uncovers important truths about the United States’ history of oppression.

The art on display is exclusively the work of formerly incarcerated artists and provides a uniquely honest and evocative insider narrative about the U.S. prison system.

The O.G. Experience was inspired by HBO Films’ O.G., which will premiere on February 23rd. O.G. is the story of Louis (Jeffrey Wright), who is in the final weeks of his 24-year sentence in a maximum-security prison. Finding himself on the cusp of release after a quarter-century behind bars, he must confront the impact of his actions and the challenges of re-entering society. O.G. was filmed on location at Pendleton Correctional Facility in Indiana, where director Madeleine Sackler collaborated with incarcerated men to develop the film and cast many of them, in addition to prison staff, in the film.

The O.G. Experience picks up where the film leaves off. It tells the stories of myriad individuals across the United States who have been involved in the prison system. The O.G. Experience intends to spark a conversation about the staggering effects incarceration has on our communities (both inside and outside of the penal system) and raises critical questions that will lead us to actionable solutions.

The United States is an incarceration nation. The imprisoned population increased 500 percent over the past four decades, reflected by the 2.3 million people behind bars, 4.6 million more under supervision, and one in three Americans living with a criminal record. Despite our collective proximity to people directly impacted by the criminal justice system, however, there is a notable absence in the contemporary art world of artists who have a firsthand experience of incarceration.

The O.G. Experience seeks to correct for that omission by featuring a national cohort of seventeen formerly incarcerated artists from various disciplines. The featured works—more than thirty, in total—lend themselves to a broad, multifaceted response to mass incarceration, using video, sculpture, painting, photography, commissioned installations, poetry readings, and performances. At its core, the exhibition expands the possibilities of how art might respond to a lived experience of confinement and helps reaffirm a larger truth: vast and rich human potential, artistic or otherwise, is wasted when 2.3 million people are behind bars.

The exhibition space moves the viewer through the array of experiences that an individual faces when entering and exiting the prison system. In this way, the viewer is able to better appreciate how an artist might grapple with the lived physical, psychological, and emotional experience of incarceration and reentry. Upon entering the main gallery, one is immediately confronted with two massive installations, both reflecting the world outside the prison walls.

The first, rendered, on prison bedsheets depicts a media saturated landscape of American materialism and social and political unrest. Apokaluptein:16389067 is among the pieces created by artists while they were incarcerated and features objects sourced from within the confines of the prison system. The second, a series of portraits, illuminates the visceral violence and trauma that many criminalized communities encounter at the front and back-end of the prison system. These works bookend the exhibition and capture the complexity and expansiveness of mass incarceration.

The subsequent room features a series of works that more fully evoke the material world of the prison: dirt, newspaper, toilet paper, lunch trays, prison issued soap and other site-specific materials. The viewer then enters into a dimly lit back room containing the replica of a solitary confinement cell, where they are prompted to answer various questions by carving their responses onto the interior walls of the cell. Beyond the cell walls, the second room also features audio/visual projects, the majority of which were created after artists’ release from prison. The works embody internal tension, drive and struggle, and the process by which artists begin to regain autonomy over their narratives and bodies, and work within mediums previously denied them. That agency is on full display in the subsequent series of portraits and self-portraits, which affirm personhood and sovereignty over one’s own identity, an act that is both intimate and political for people whom the justice system sought to reduce to a number.

Finally, the viewer reenters the main gallery and is immediately confronted, once again, by the two massive installations; a return to the world as it is. To begin and end with such unflinching depictions of contemporary America challenges notions of successful “reentry” as something that can be achieved by programming and personal responsibility; the systemic barriers that confront communities before prison are only deepened by a criminal conviction. As much as this reality is a condemnation of the prison system, it is also an affirmation of the resilience and dignity of people who remain behind bars, and those who have come home. Portraits of formerly incarcerated leaders like Susan Burton and Norris Henderson are a reminder of the real “OGs” of the movement against mass incarceration.

Collectively, the works featured in the O.G. Experience are varied responses to the displacement of bodies and revocation of autonomy entailed in incarceration; they affirm how artists struggle to maintain a positive sense of identity, regain their agency, grapple with the forces within and outside of prison until—and after—they reenter society.

By showcasing the O.G. Experience in Chelsea, we create space for the work of directly impacted artists to be considered as a serious aesthetic endeavor, with respect for their creative genius, conceptual rigor and critical perspective. This show challenges its varied audiences to have more expansive conversations about art, incarceration, reentry, and system change, shaping and shifting our shared truths. It is our hope that the film and exhibition will also serve as a mirror for the public, art institutions, and system actors, where they might reflect on their power, access and privilege, and consider how to lift up marginalized voices and create space for directly impacted people.

Installation view of The O.G. Experience 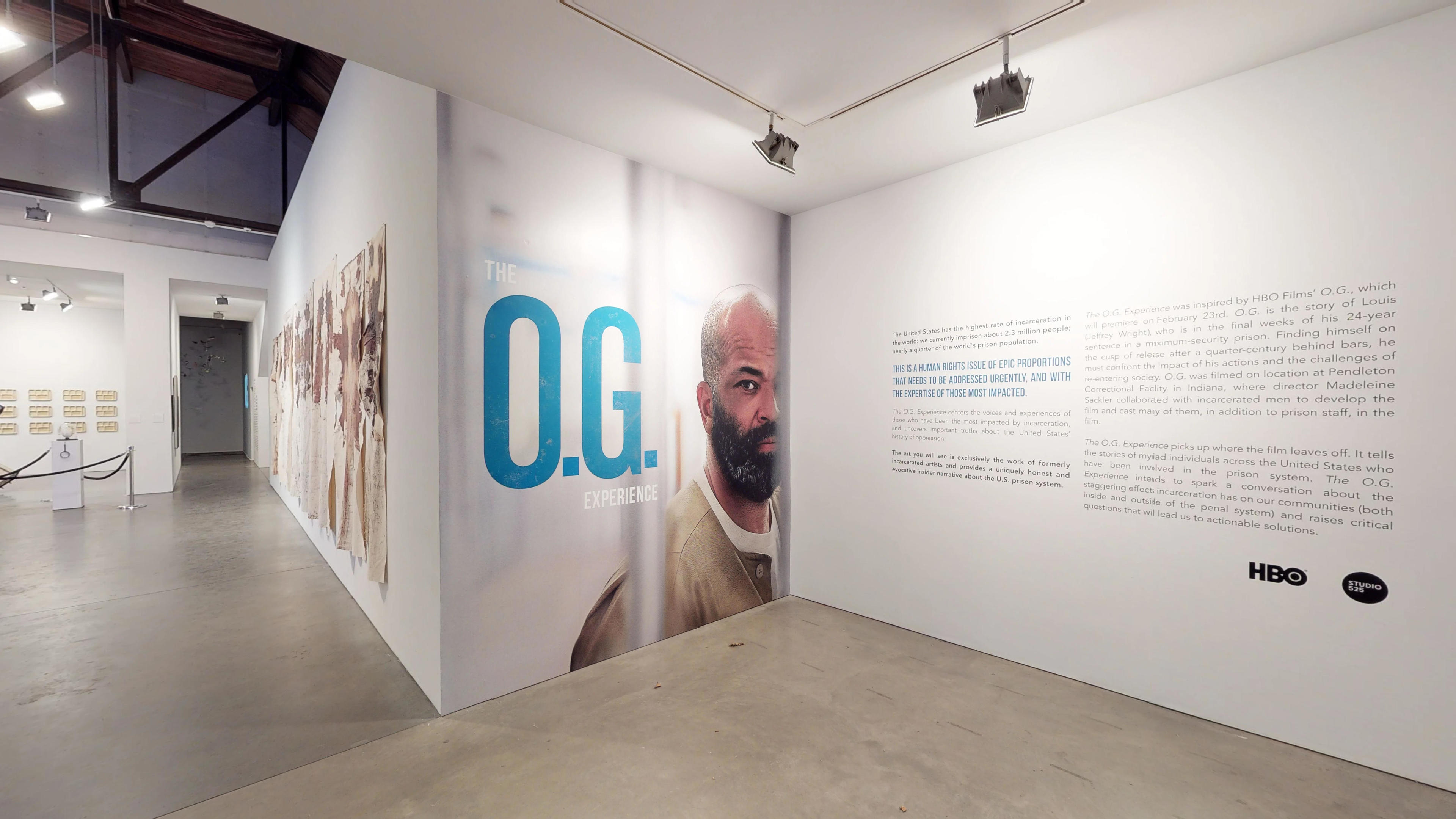 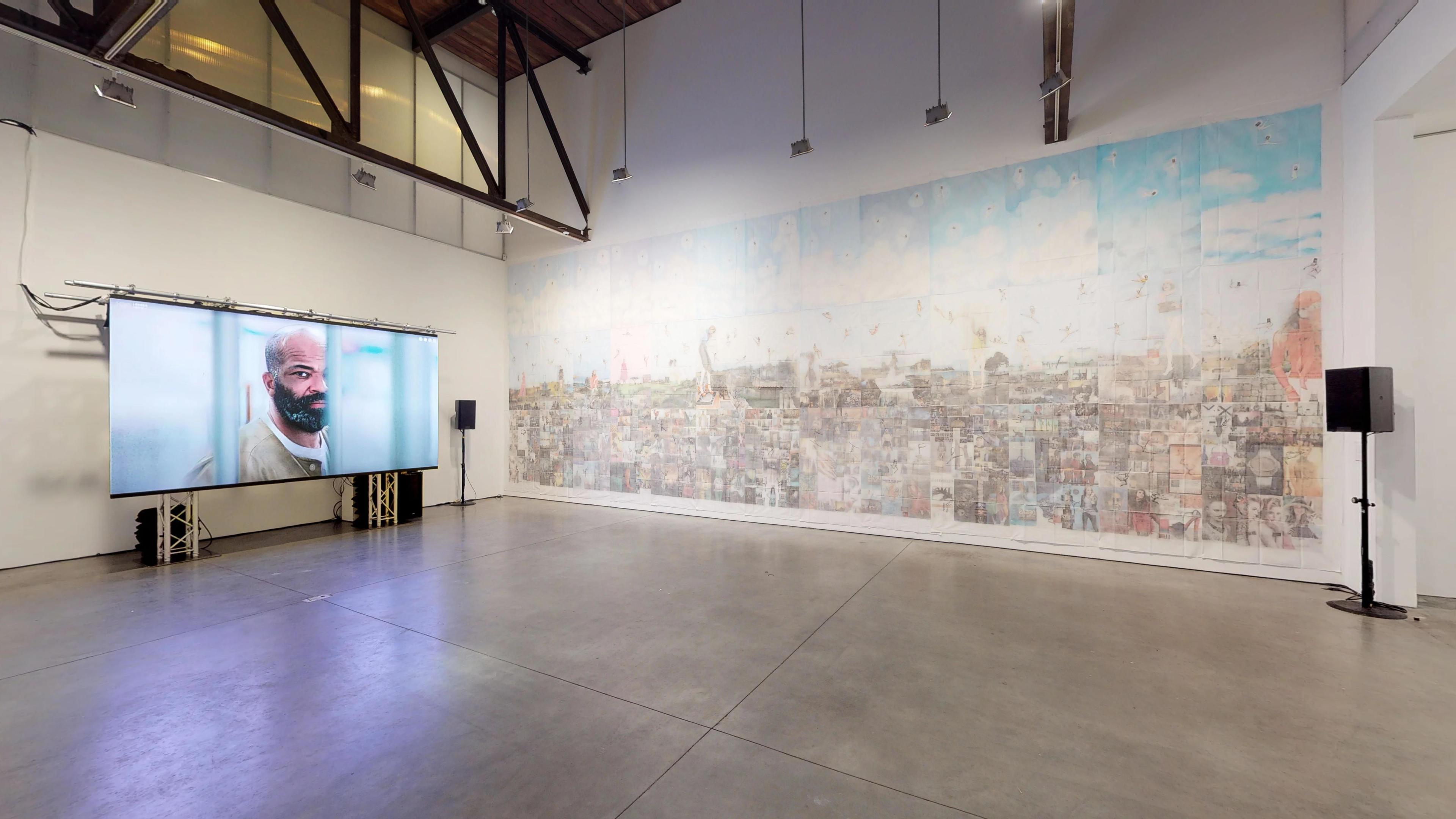 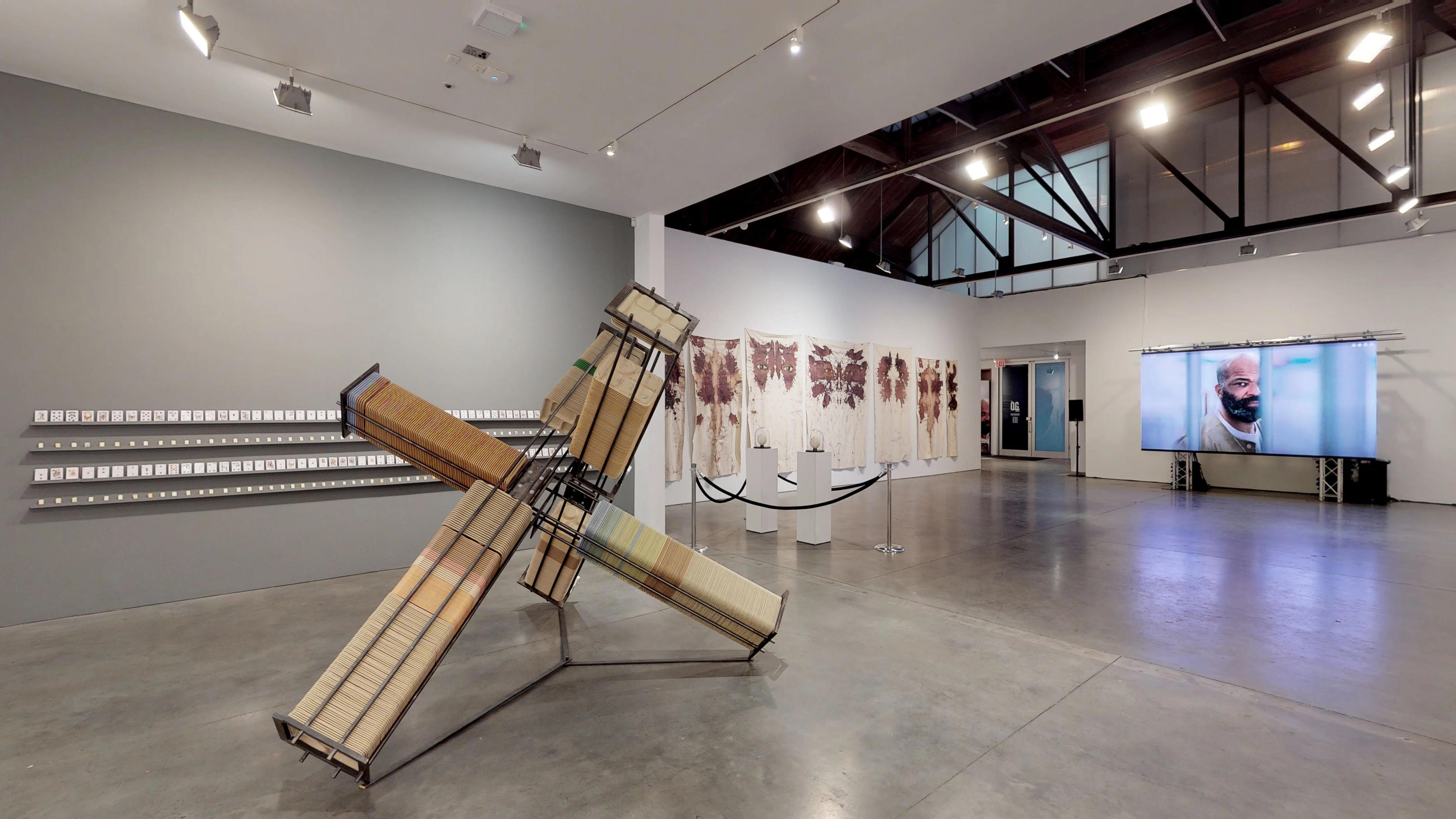 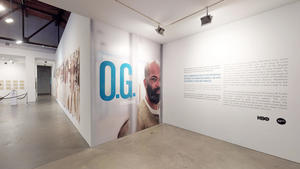 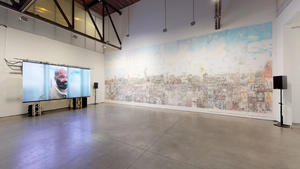 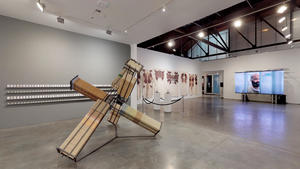 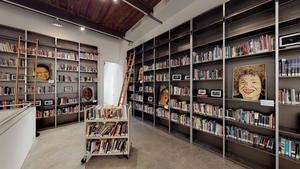 Installation view of The O.G. Experience

To Go In Search Of