SHIN GALLERY is pleased to present an exhibition of works by Stephen Antonakos curated specifically for the gallery’s extraordinary architecture. In one color and of widely different scale, the selections span the decades from the 1960s to 2007 and include an early model, a Neon Canvas, and four kinds of drawings.

The early model for a massive 40-45-foot wide neon installation establishes the artist’s central concern: activating space. The scale of the sculpture is indicated by the Plexiglas walls and ceiling, not merely by the central object. The intensity of neon color that would fill its surrounding space is an essential element.

Antonakos chose neon as his primary medium around 1960 for its flexibility, “live” colors, and its possibilities of great scale. He grasped that it is impossible to separate light and space, that the glow of neon color reaches outside the tube into the space around it. From this early insight, the activation of space became central to his practice. He explored it in numerous ways with neon, and with his various other media. The precise placement of complete and incomplete geometric forms in relation to their site and to each other was the central, rigorous — and exciting — challenge that he embraced through the decades. He intuited that there was world enough in the exploration of “real things in real spaces” — without words, images, metaphor, symbol, contrived effect, or reference to anything outside the work itself. Never prescriptive or systemic, his rigorous geometries sprang from a mind sure in its identity and hand that “knew what to do.”

The newest work in the exhibition is the delicate 2007 Winter Series drawing of colored pencil on vellum with cuts. Its entire surface is covered with Antonakos’s characteristic back-and-forth hatching. Working flat on his drawing table, he then used an x-acto knife to cut out two precise small triangles at its lower left These angled dynamics subtly but definitively insert a sense of movement, and identify the drawing. This series, the related Spring Series, and all the sheets with cuts, tears, pleats, crumples, and/ or collage elements that he made after the mid-1970s are more like objects than images: viewers can relate to them not only visually, but kinetically.

This is especially the case with his incomplete geometries, which can be made whole in our imaginations. “Incomplete circle” can be a true description: it is also an oxymoron. Antonakos liked incomplete forms’ extra grip on space. The major 1978 incomplete circle drawing in the show exemplifies this. The placement of red pigment on the paper is so pure, this work can almost be seen as a collage of the two elements.

The 1985 proposal drawing for the north face of his Public Work at the 59th Street Marine Transfer Station contributes an sense of even greater scale to the exhibition, and it is an example of the artist’s sure sense of rhythm in space. Not every one of the rectangular windows along the building’s reach across the river is outlined in red neon; those that do have neon pace westward in a strong pattern: four six six six six four. While this work falls outside the drawings per se, it shows a control and an enlivening of outdoor architectural space.

The north wall of the gallery is an ideal site for the 1982 Neon Canvas’s proportions and dynamics. The adjacent glass entrance wall’s transparency offers viewers the chance to see and experience the subtle changes of brightness within and around the work at different hours and weathers. Antonakos’s welcoming of natural light, combined with his refinement of form and placement both are important to the experience and the meaning of the work.

The exhibition is an introduction to the consistency and variety of experience within a practice that includes also Neon Rooms, Chapels, collages, Travel Collages, Artist’s Books, prints, Gold Works, Packages, and postcards.

Stephen Antonakos (Greece, 1926 — New York, 2013) came to New York with his family in 1930. He drew constantly as a young person. After serving in WWII he established his studio in the fur district, where his early Assemblages and Sewlages incorporated found objects and materials (real things). These works were shown in such galleries as Martha Jackson and Charles Byron. From the mid-1960s onward, his site-specific neon sculptures and installations were exhibited often at the Fischbach and John Weber Galleries and increasingly in museums and galleries across the US and in major cities throughout Europe and in Japan. 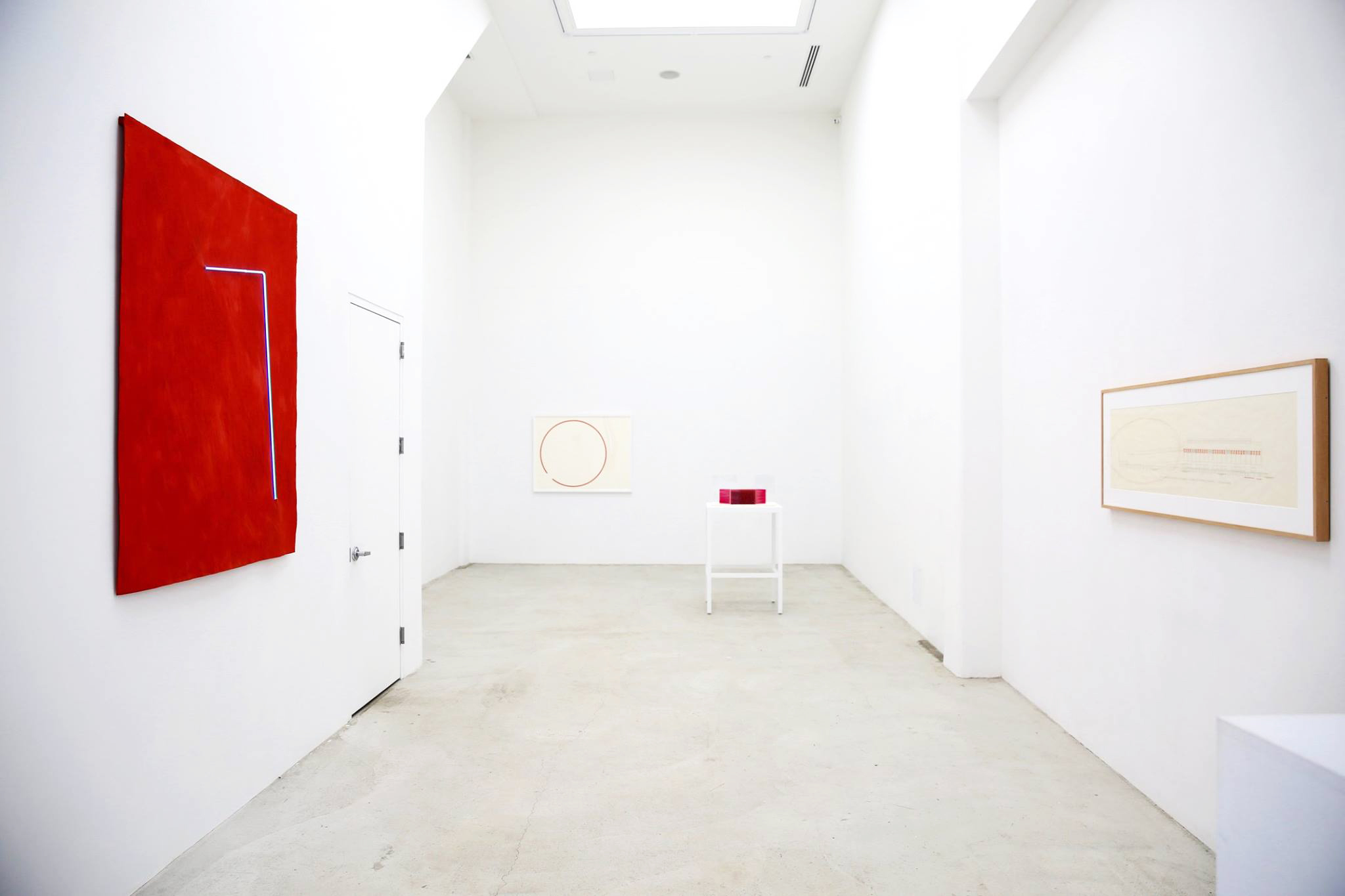 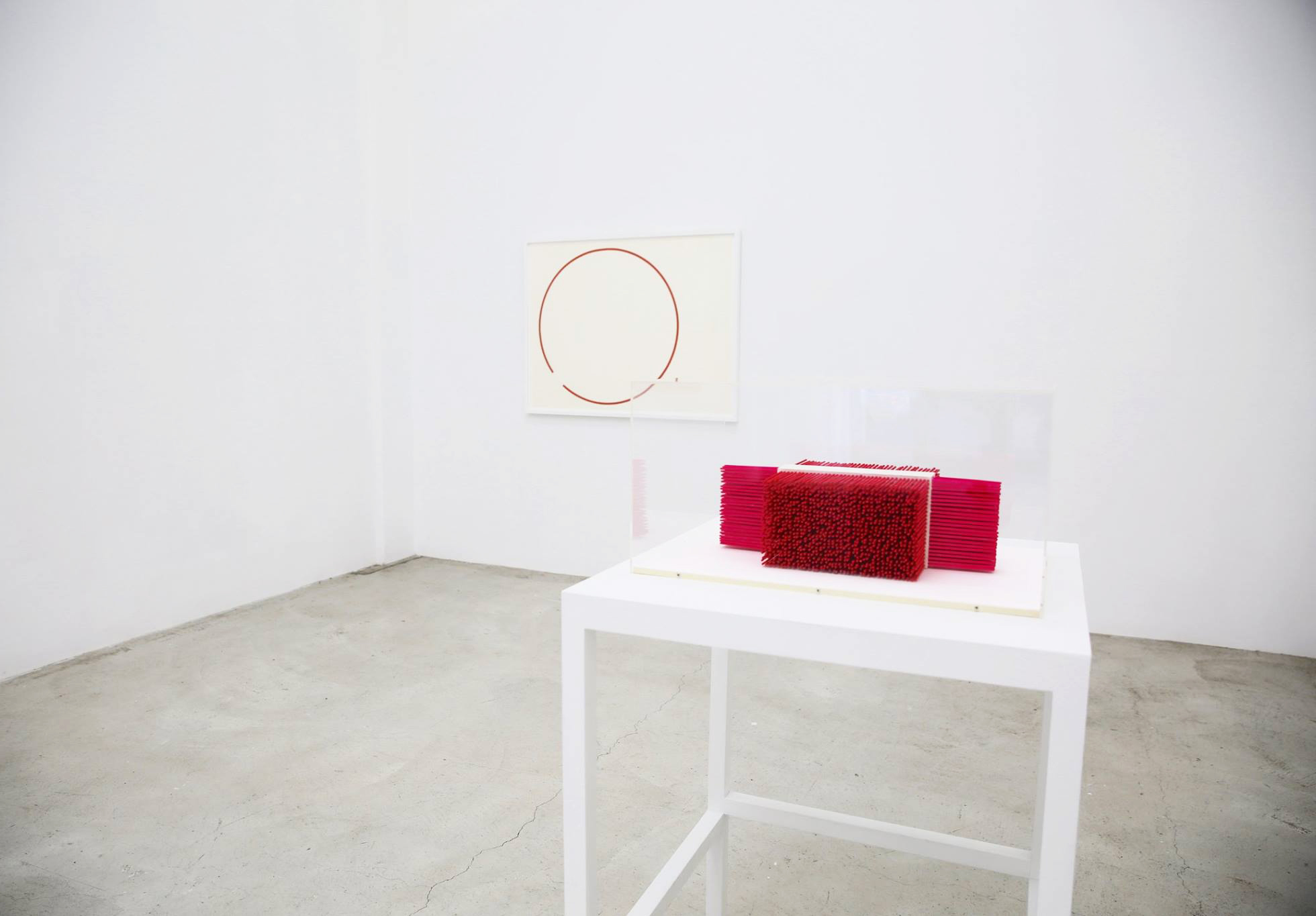 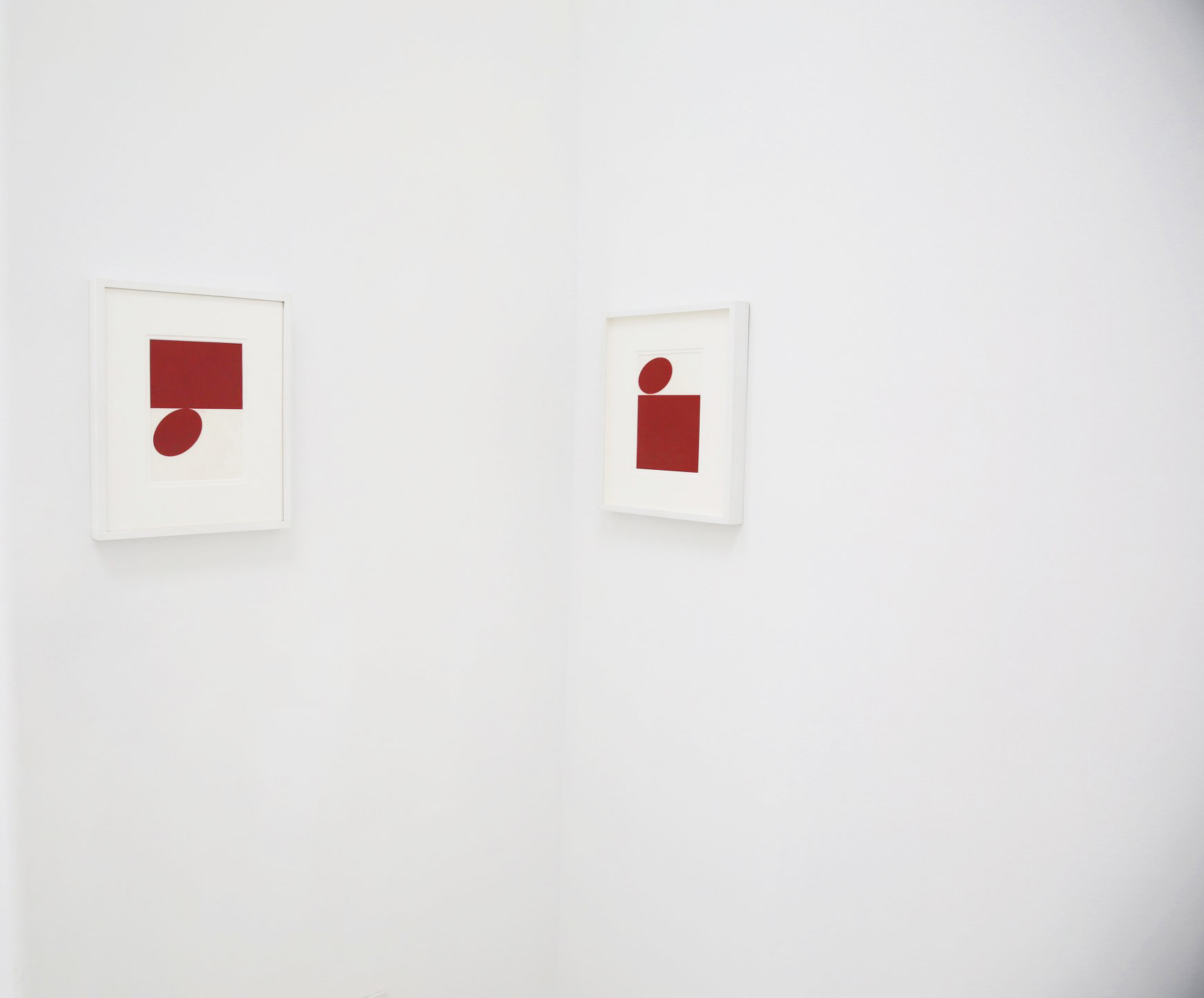 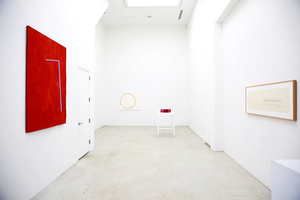 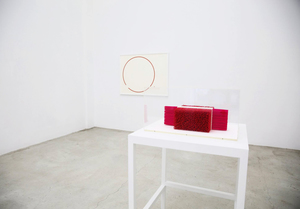 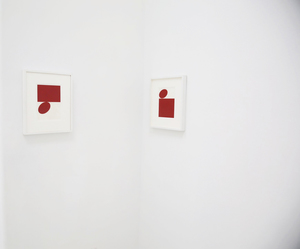 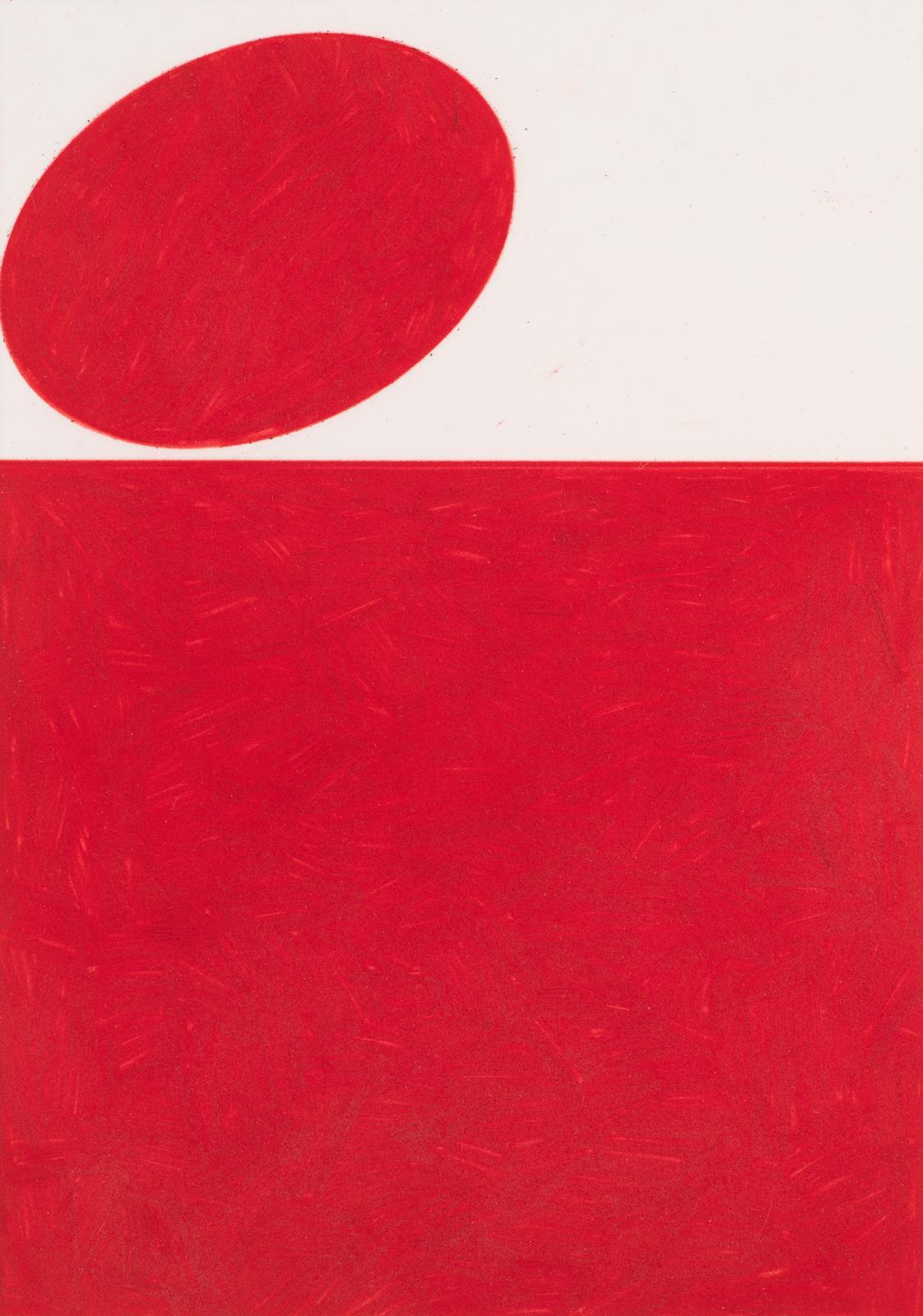 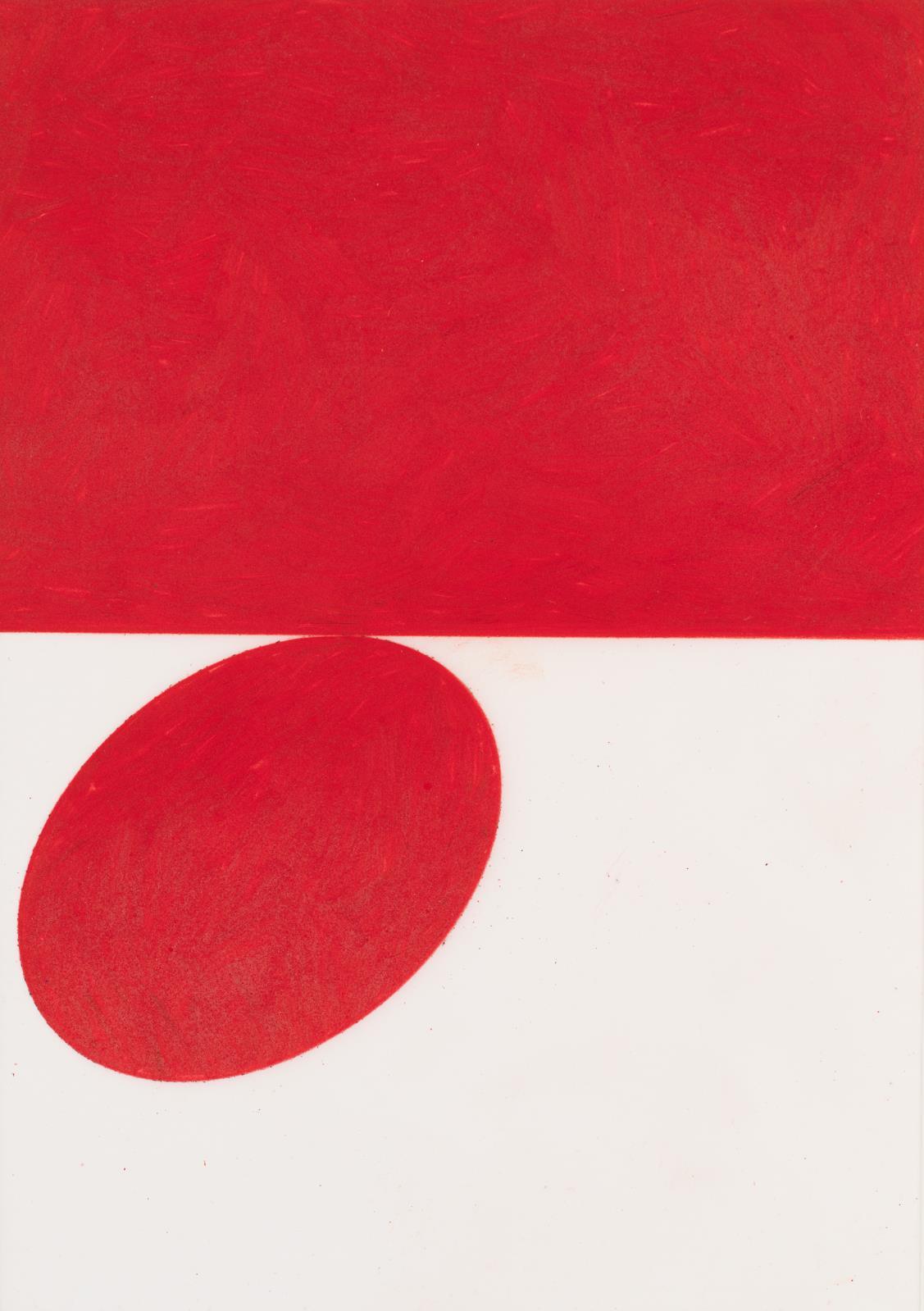 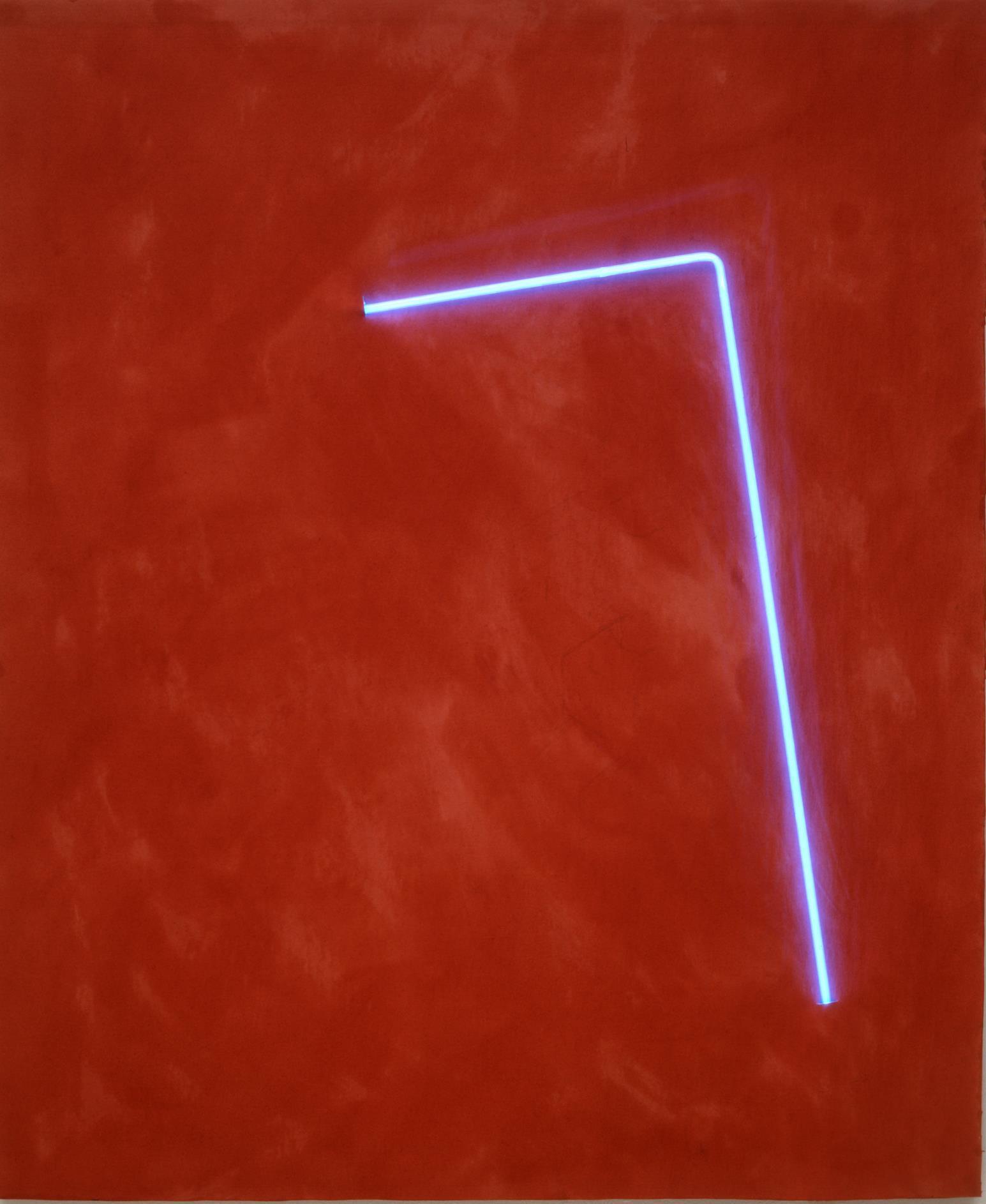 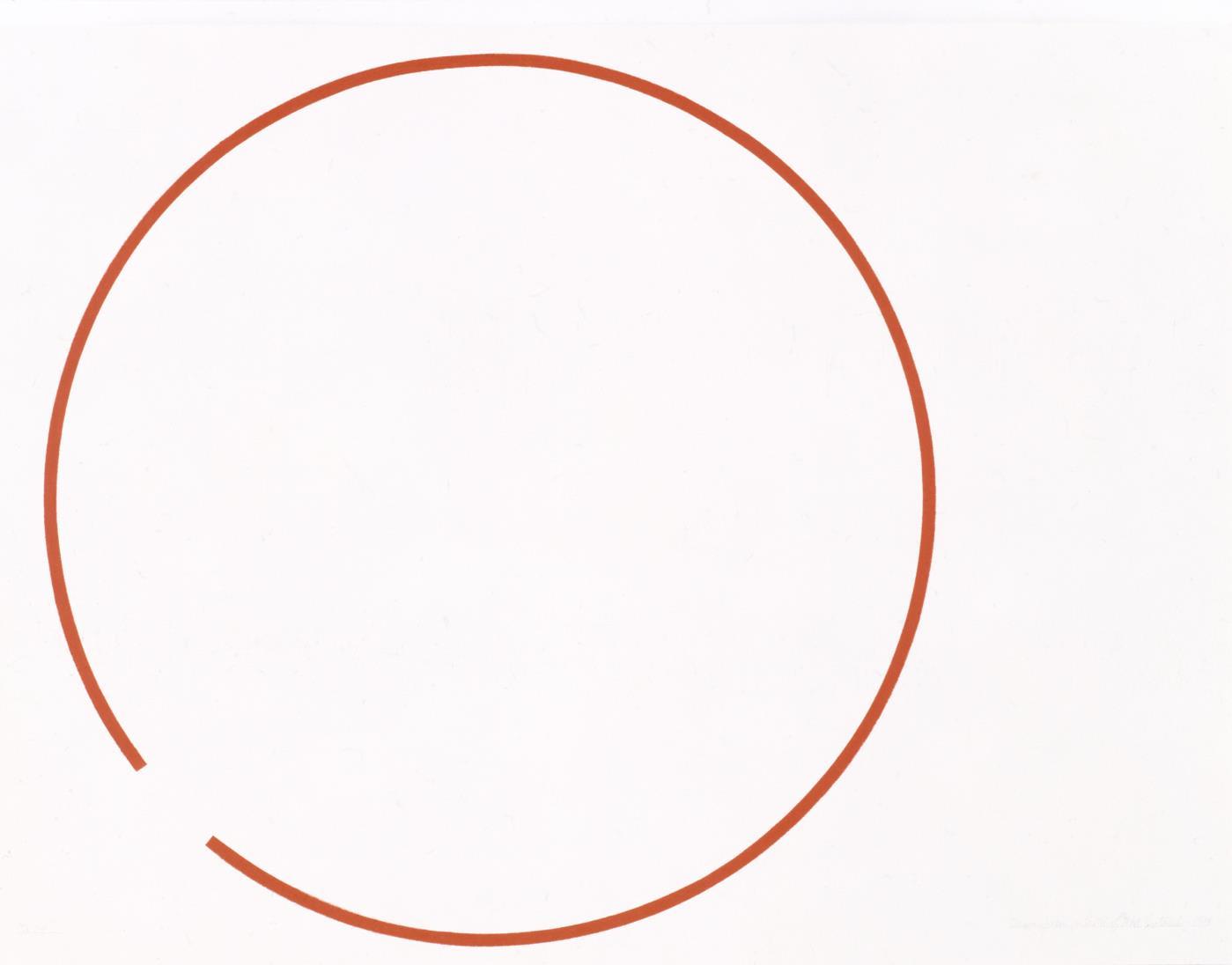 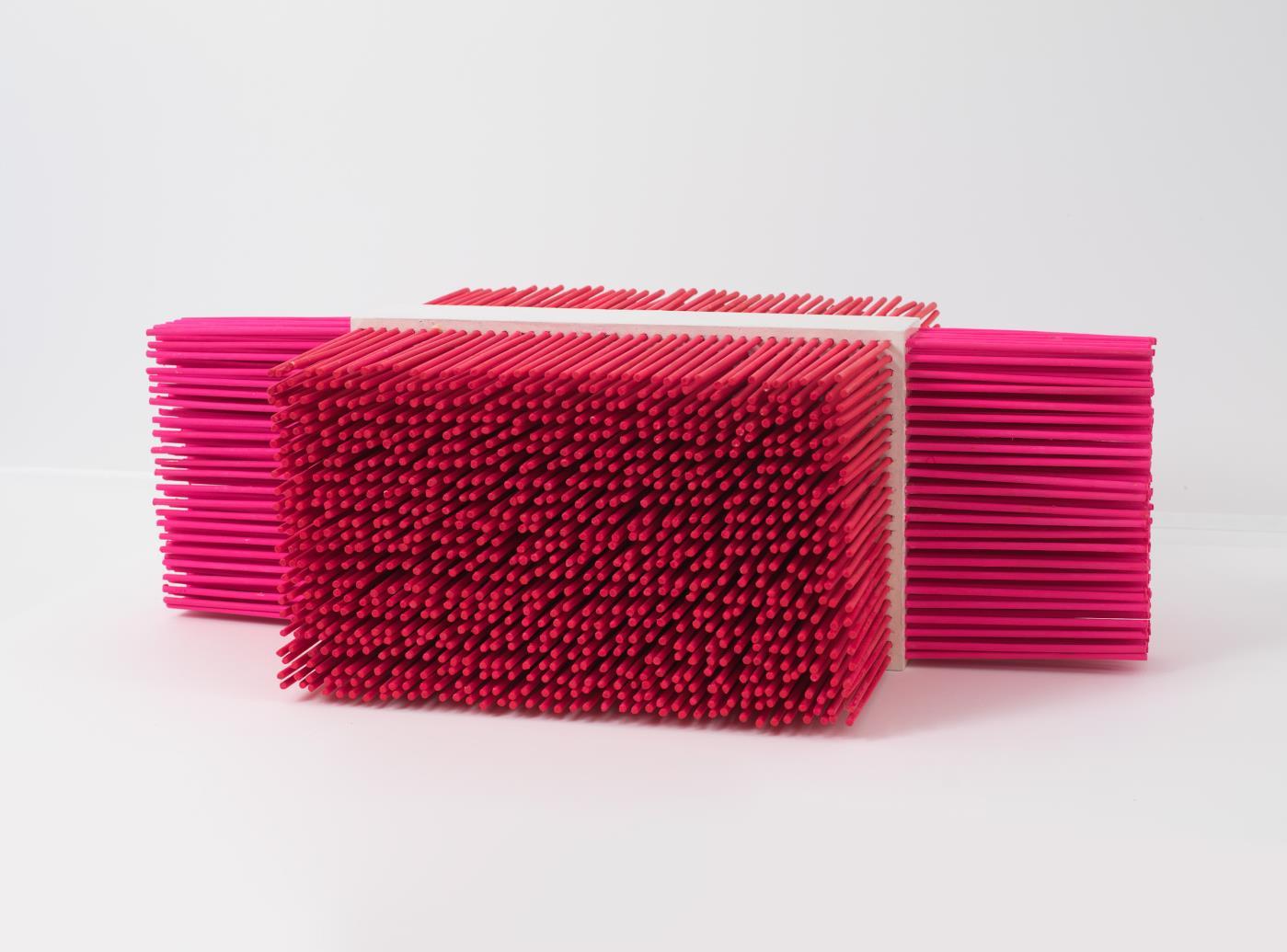 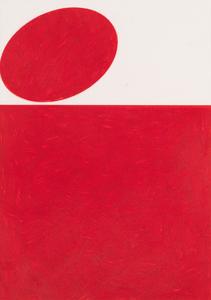 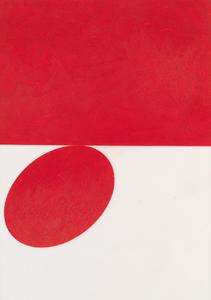 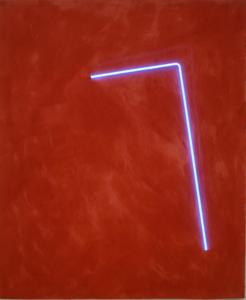 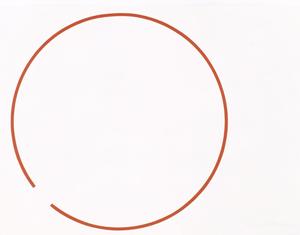 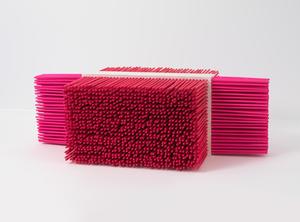