Peter Blum Gallery is pleased to announce an exhibition of new paintings by Paul Fägerskiöld entitled Flatlands at 176 Grand Street, New York. This is the artist’s second solo show with the gallery.

Flatlands takes its name from the satirical Victorian novella written by Edward Abbott in 1884, that is at once a social commentary and a sci-fi examination of the concept of spatial dimensions. The story describes people as flat geometric shapes, stuck within the confines of a two-dimensional world. The astrophysicist Carl Sagan famously commented on the implications of “Flatland” in his thought experiment about the perceptual limitations of our own three-dimensional reality.

Paul Fägerskiöld uses this backdrop as a framework for this exhibition and incorporates flatly painted geometric shapes throughout this body of large-scale paintings on linen. The title work in the show “Flatland”, from his “Landscape” series, depicts a thickly painted monochromatic dark blue shape with a gently curving horizon line, floating on a field of raw linen. There will also be several works from Fägerskiöld’s “Spray Painting” series, in which he applies many delicate layers of spray paint to create hovering atmospheres that are unified as color fields from a distance and disperse into thousands of constituent dots from up close.

Recently, Fägerskiöld has begun to consider narrative structures in his thinking about the relationships between paintings. The largest work in the show consists of 54 separate canvases arranged in an irregular grid, with each depicting either a circle, number, or hand print painted in red, yellow, blue, or white in the center. This work furthers Fägerskiöld’s investigation of language and symbols, alluding to a wide range of references, from city street signs, to Mondrian’s early New York paintings, to Blinky Palermo’s seminal cycle of paintings from 1976, “To the People of New York City”.

Paul Fägerskiöld’s paintings reveal themselves at once as images and as constructions that expose their materiality and production. The related bodies of work in this exhibition continually reconfigure each other’s meanings, shifting and twisting into narratives that unfold distinctly within each individual’s experience. 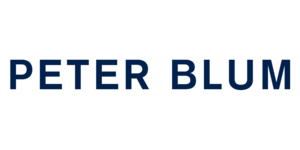 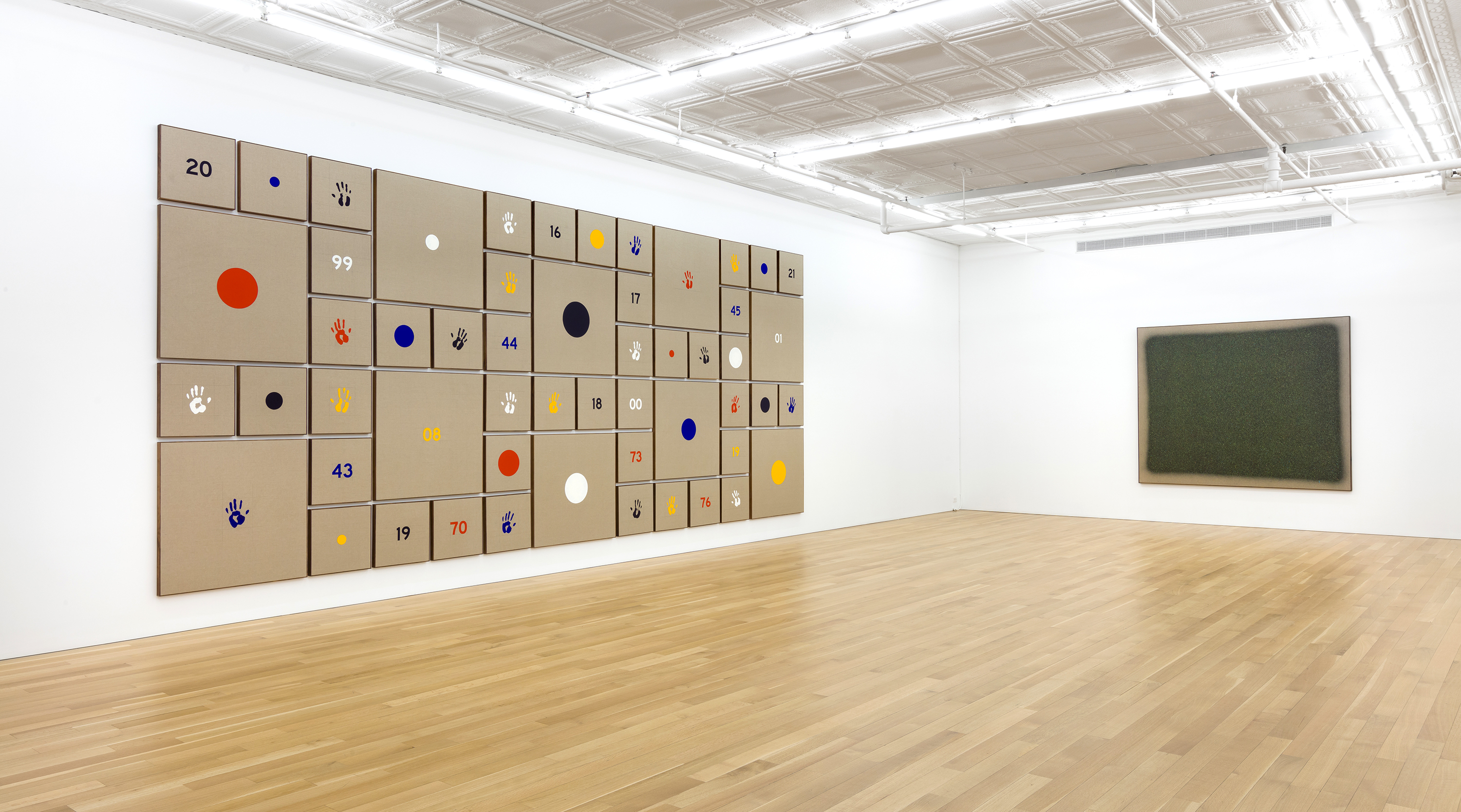 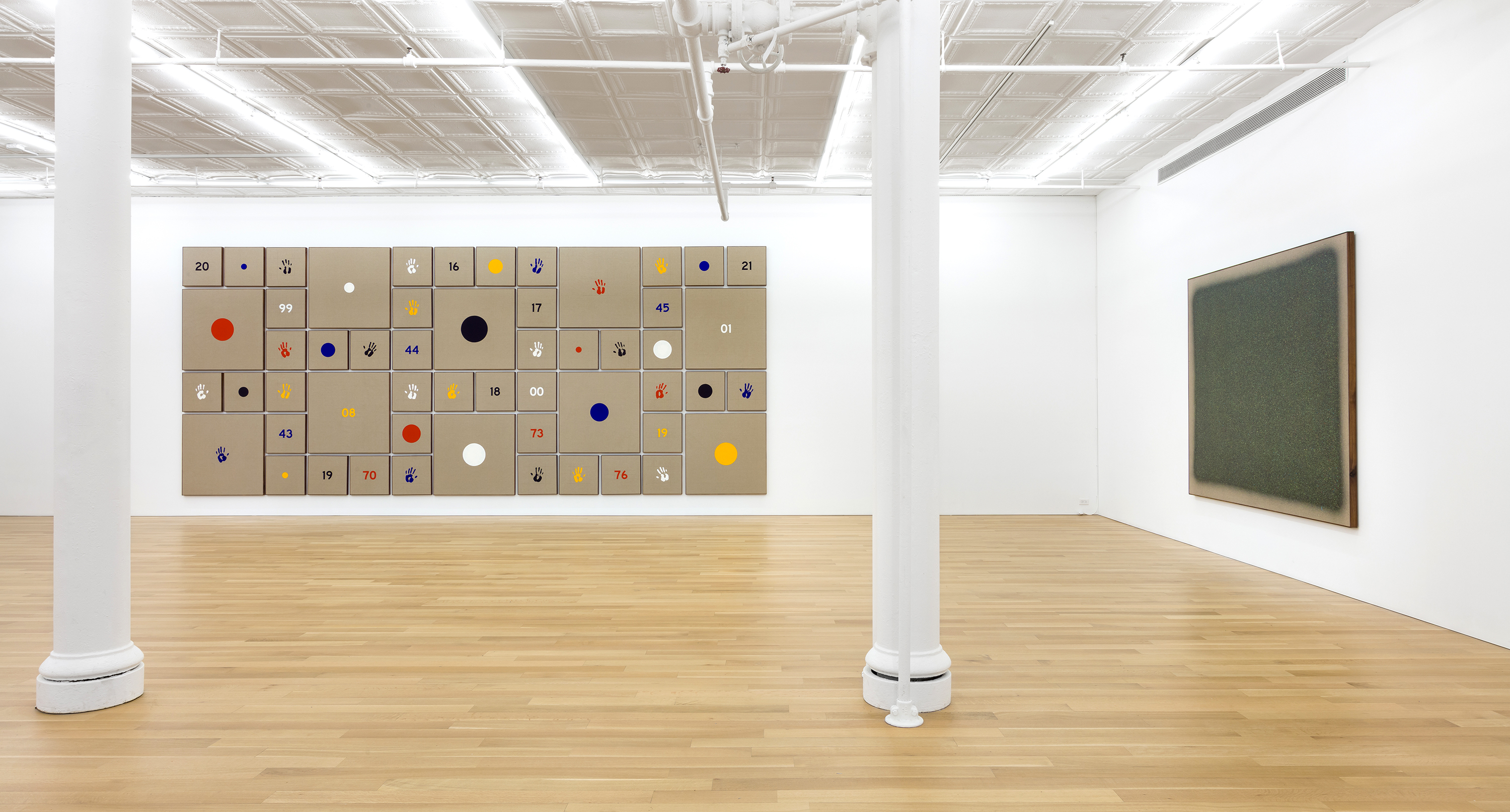 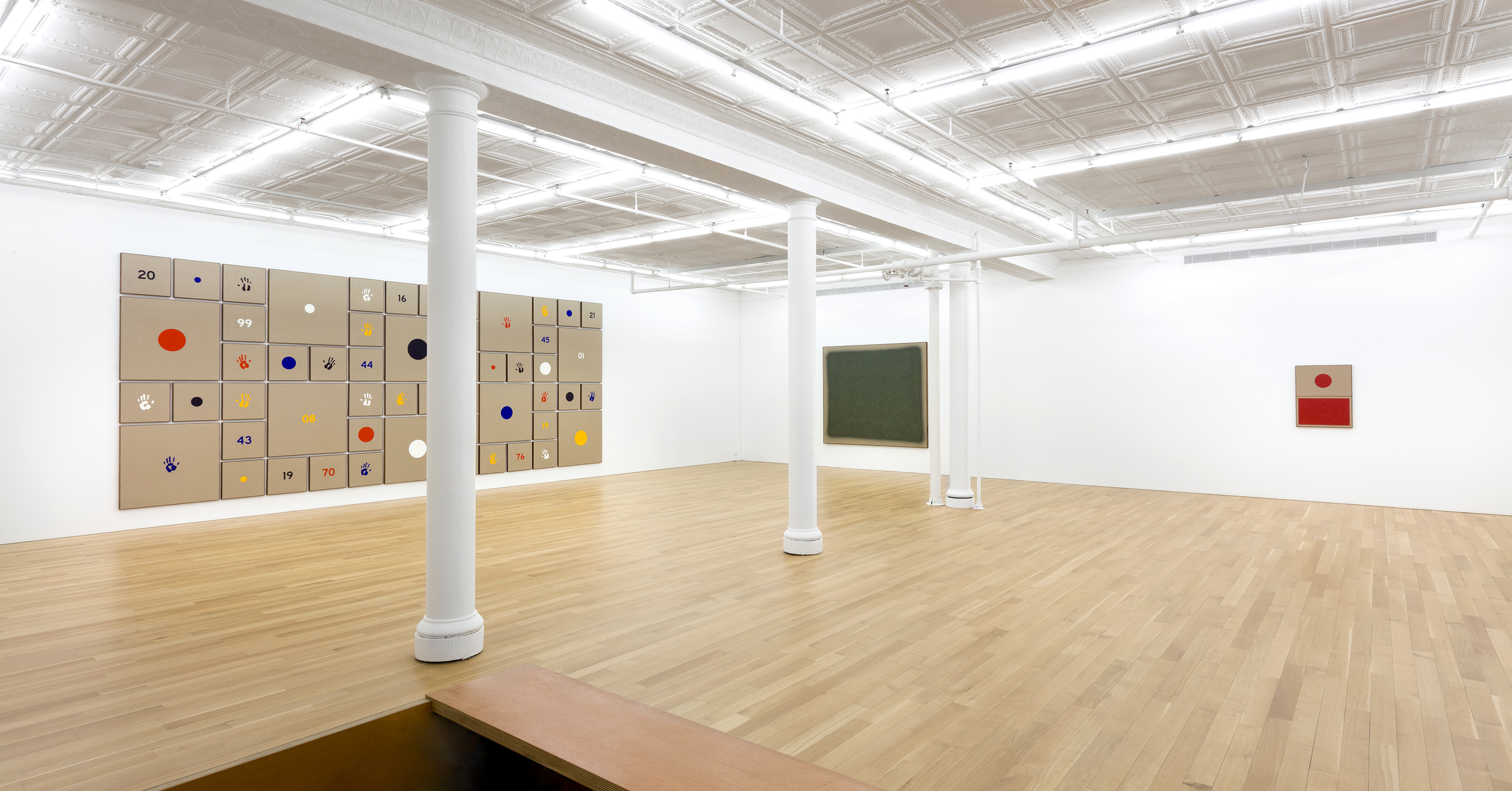 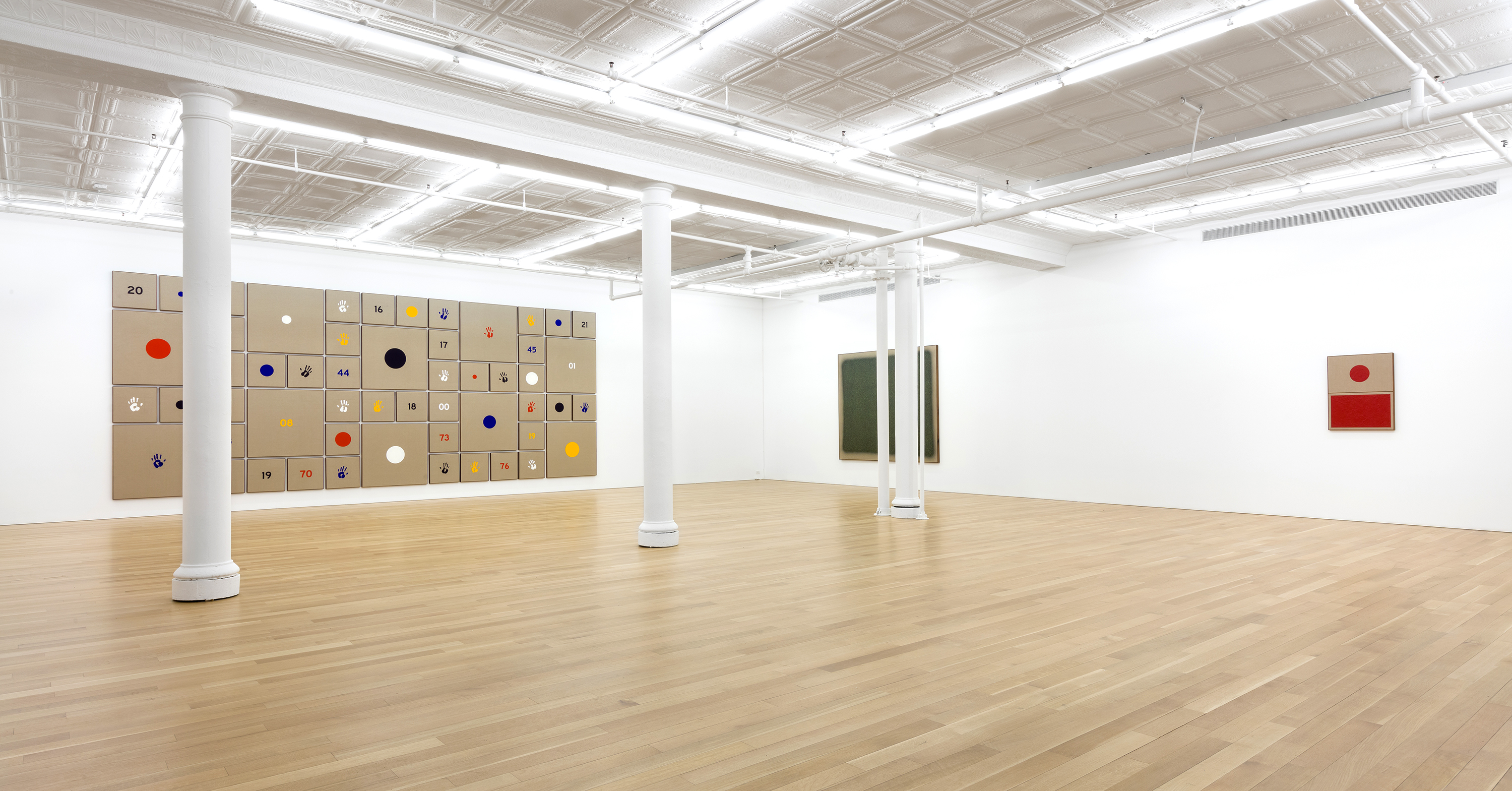 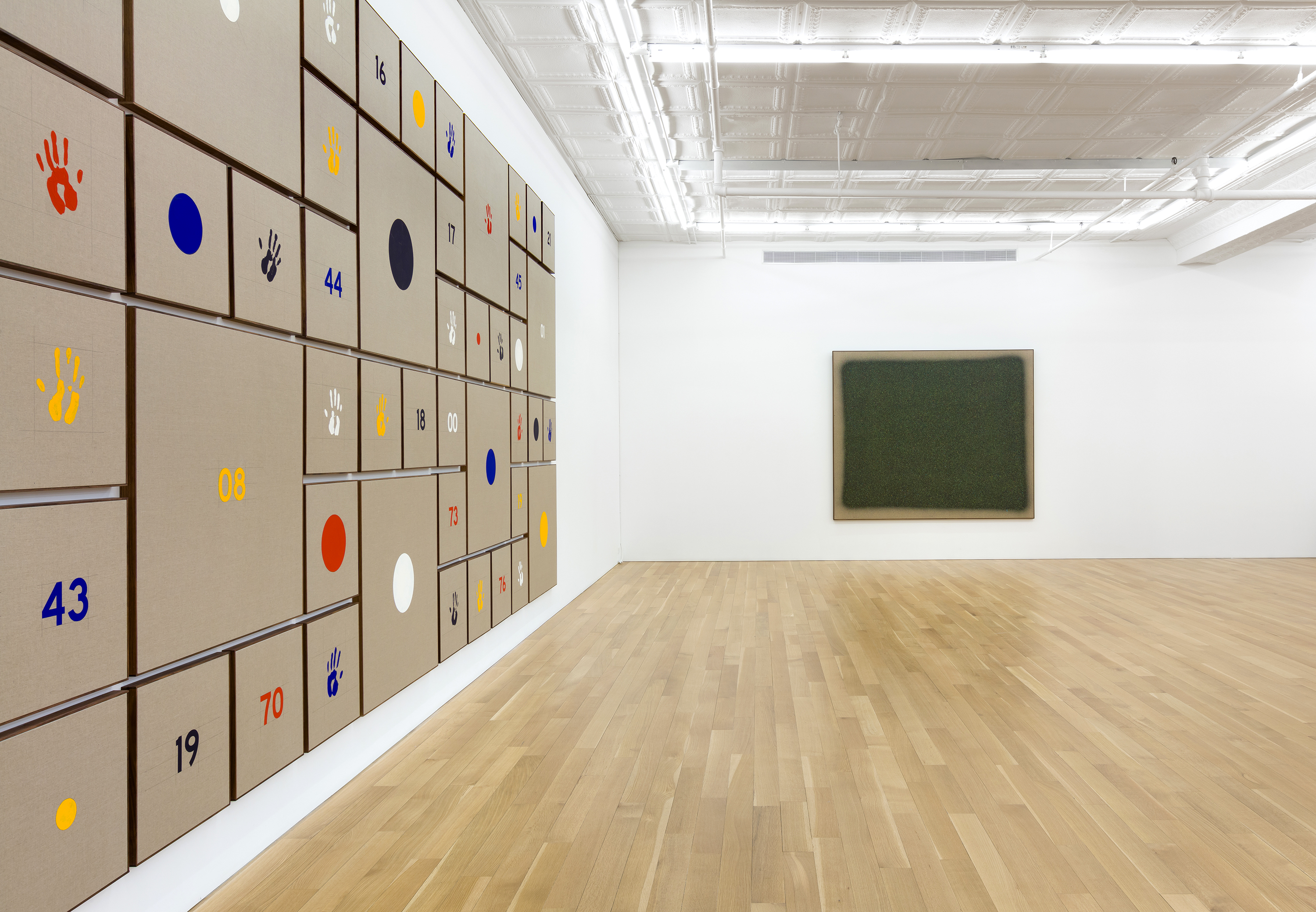 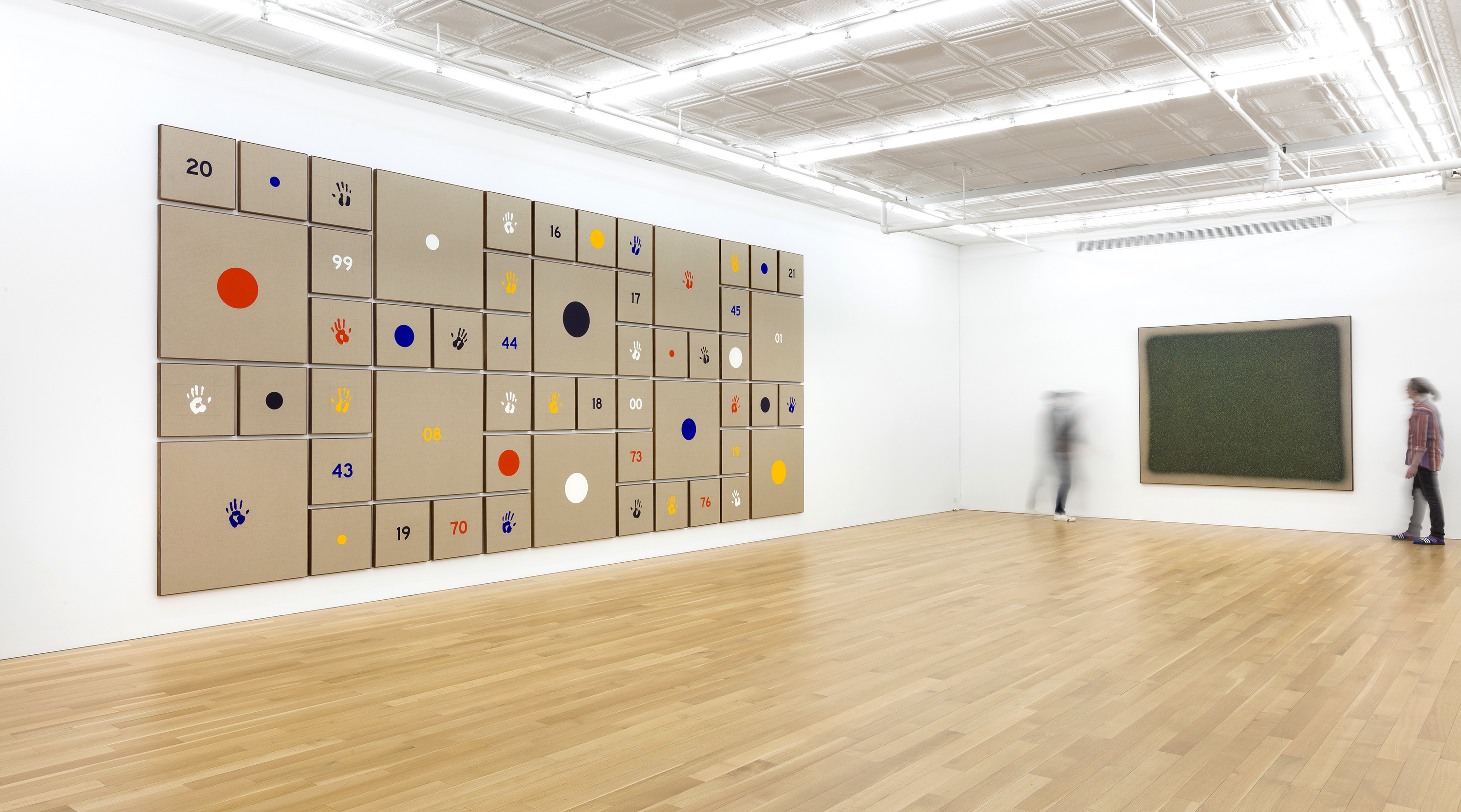 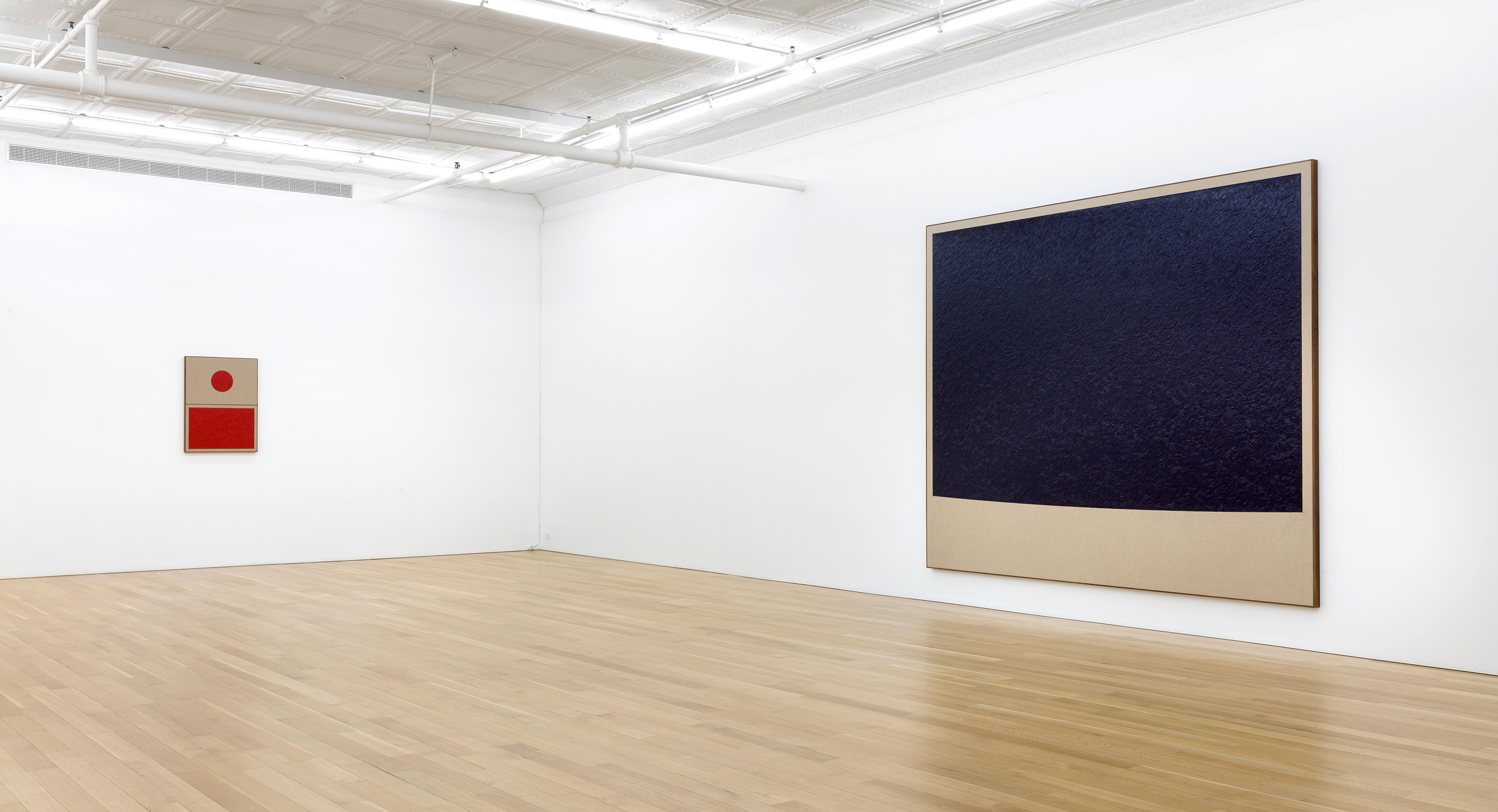 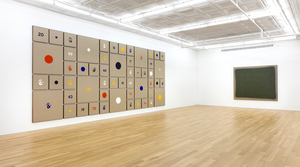 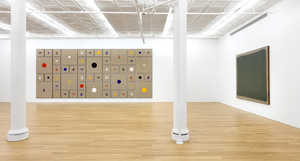 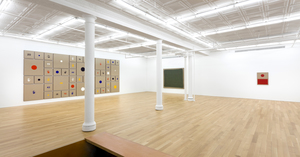 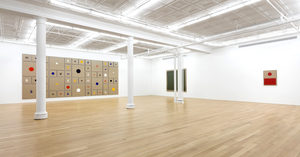 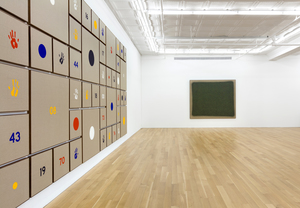 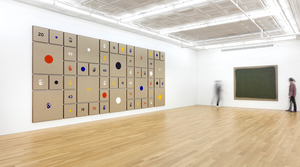 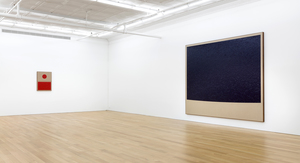 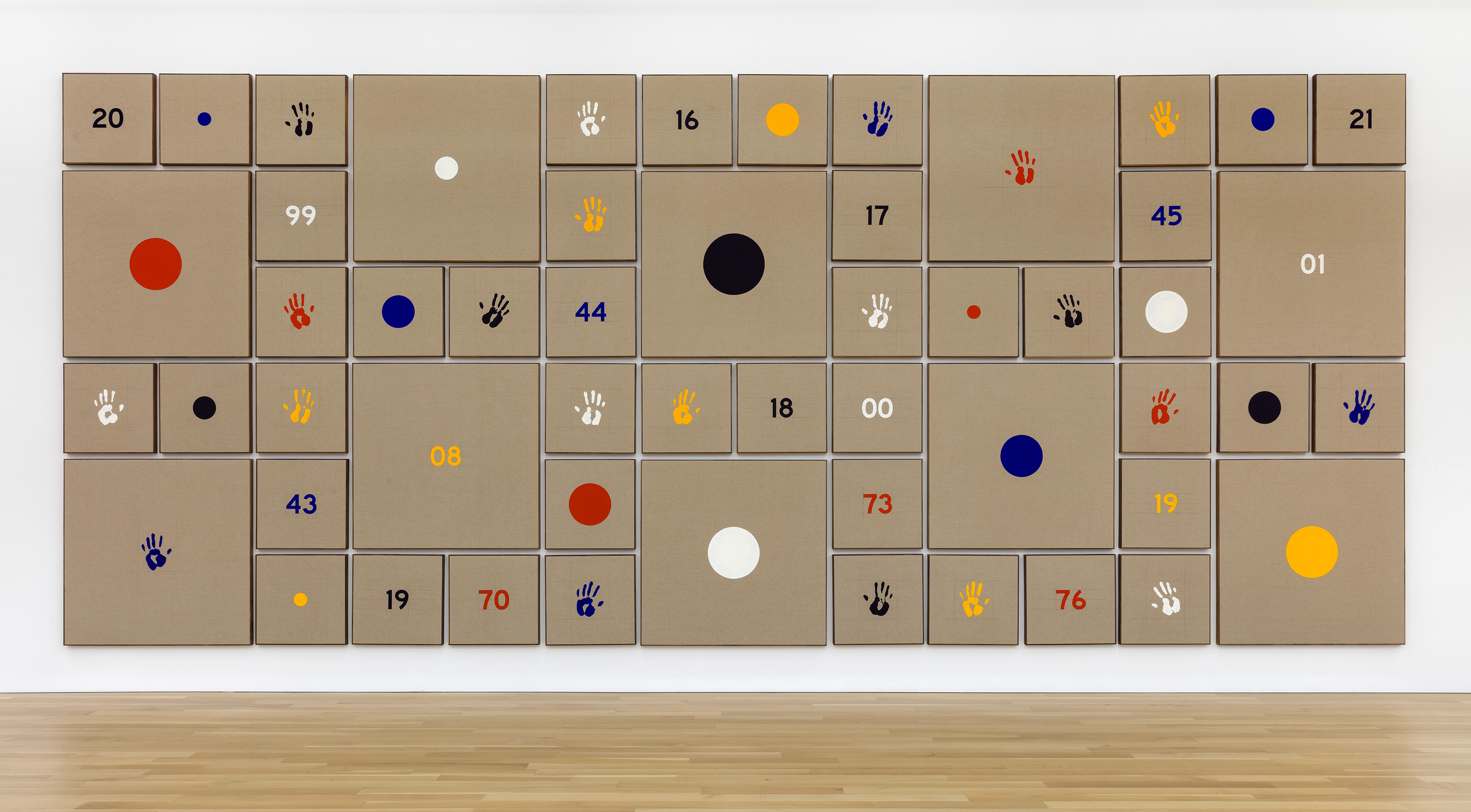 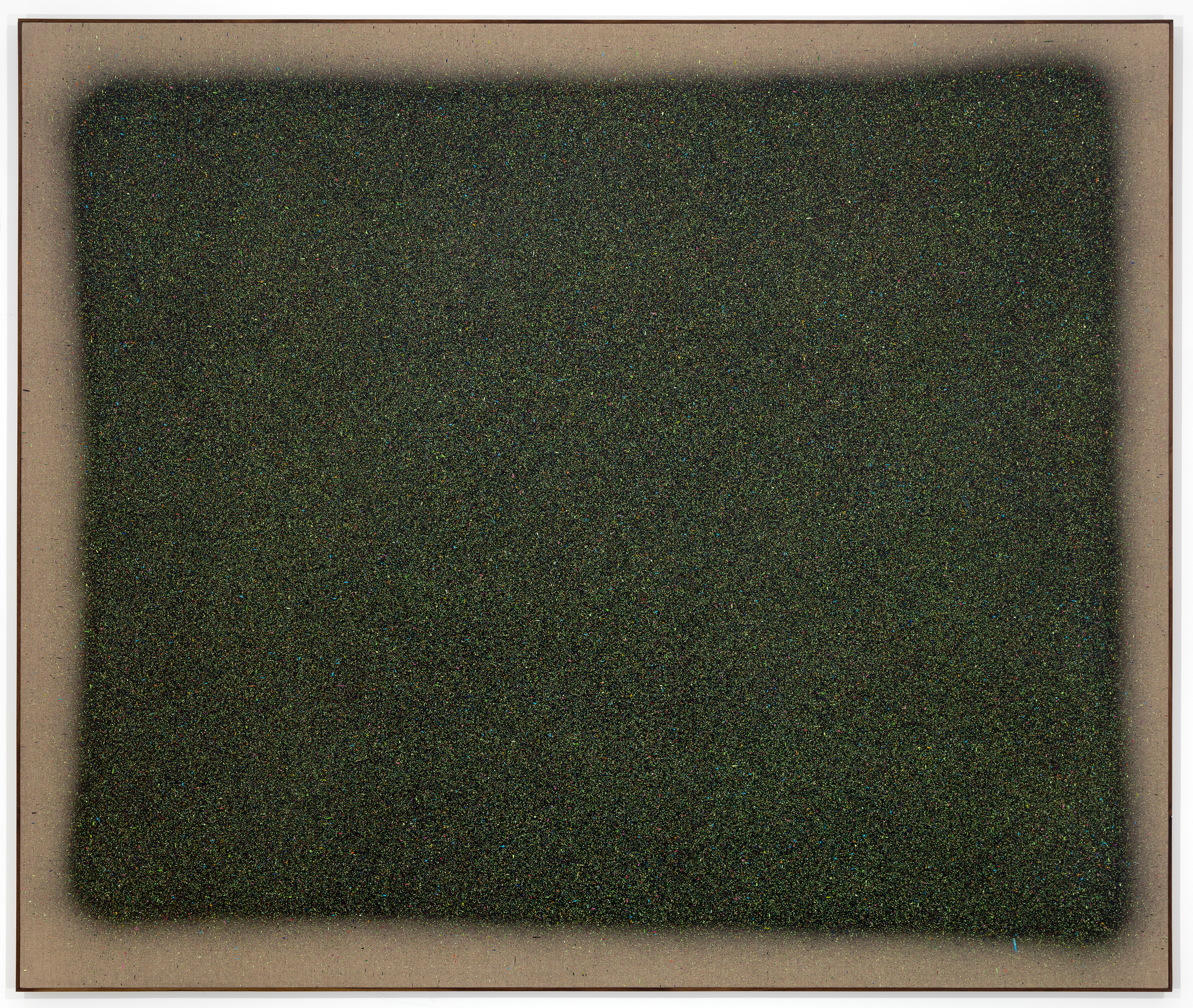 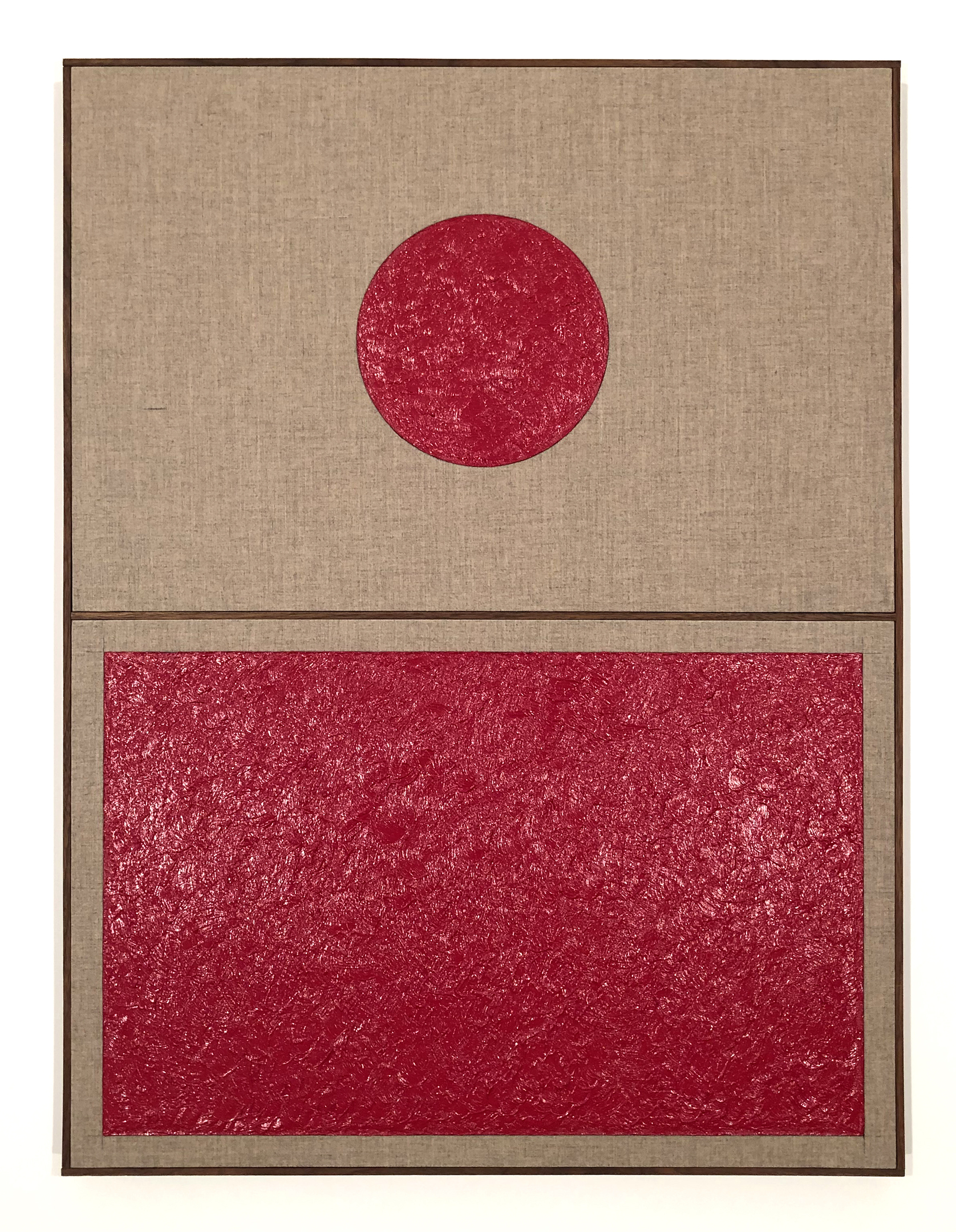 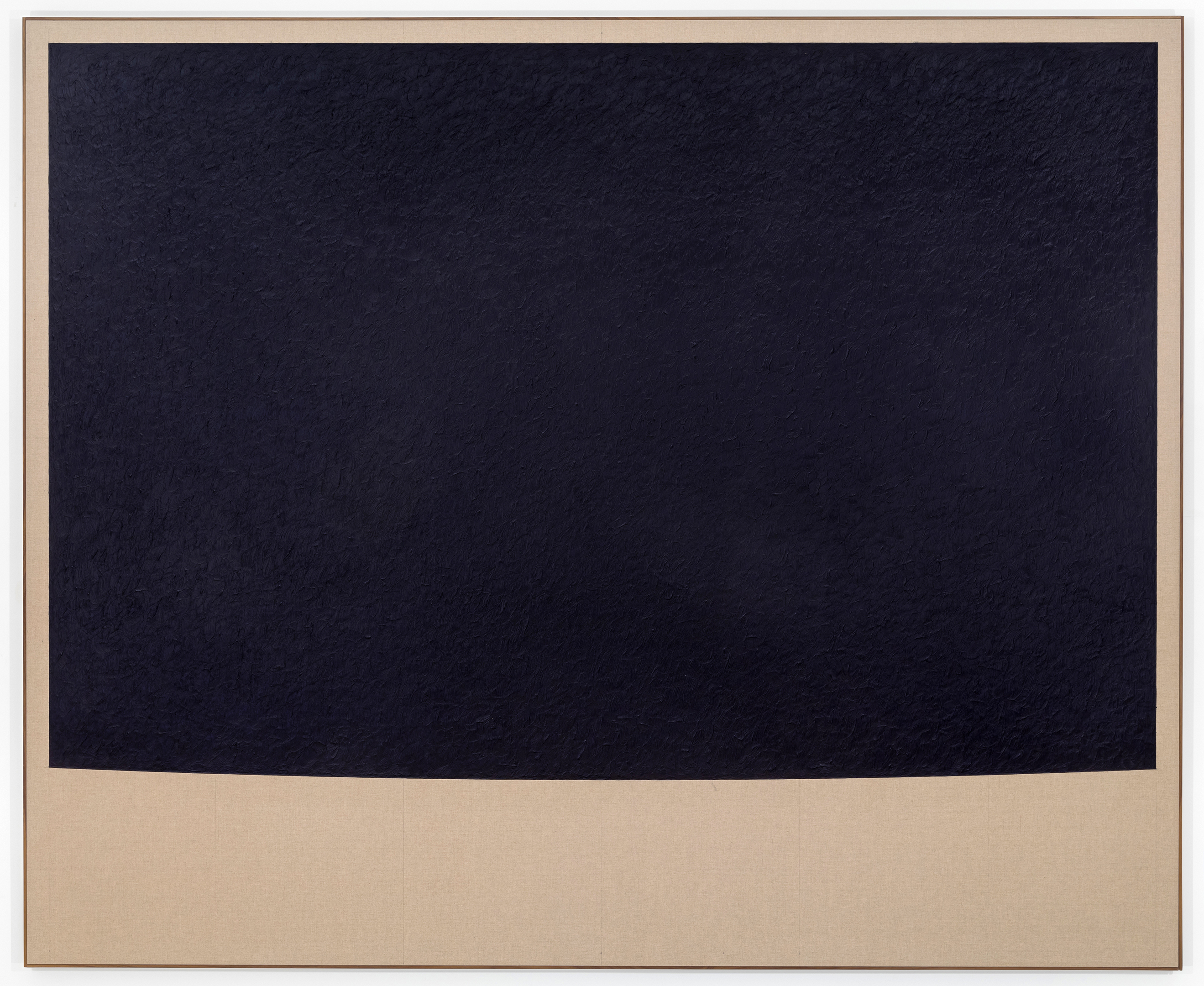 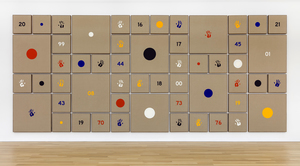 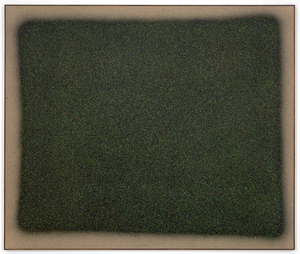 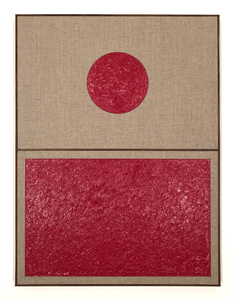 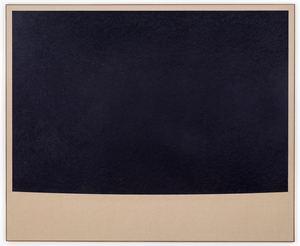