De Buck Gallery is pleased to announce Shh…, a solo exhibition by Devan Shimoyama. This will be Shimoyama’s second solo exhibition with the gallery and will be on view from March 7, through April 20, 2019.

A visual artist working primarily in the realm of self-portraiture and narratives inspired by classical mythology and allegory, Shimoyama seeks to depict the black queer male body as both desirable and desirous. Exploring the mystery in the process of understanding his origins and also investigating the politics of queer culture, his work showcases the relationship between celebration and silence in both queer culture and sexuality. Shimoyama’s composition is inspired from the canons of the masters Caravaggio and Goya, adding a more contemporary expression and unique sensuality. Through the use of materials including splattered paint, stencils, glitter, rhinestones, fabric, and sequins, Shimoyama creates pieces that capture the intangible magic of the human spirit.

Shh… is an extension of a series of paintings that depict various individuals both of the artists’ invention, some friends, real people he’s encountered and some self-portraits. Black people are reading, lounging, or traveling with a variety of texts, possibly suggesting a reading list of sorts for those who identify with the subjects. This identification helps to expand how we can understand our histories and ourselves and situate ourselves in contemporary society. Fiction, philosophy, historical literature, biographies, horror, sci-fi and fantasy can all expand our understanding of self, and many of these texts present alternatives to the plethora of predominately white American authors who so often dominate those genres. Along with the paintings is a single sculpture, or rather totem in the form of a hoodie, adorned with silk flowers, jewelry, rhinestones and beads. A continuation of a series of hoodies entitled February, dedicated to Trayvon Martin. Ornated in a reference to spontaneous memorial traditions, this hoodie is a reminder of our current reality and a calling out for action and a better future.

Devan Shimoyama (b.1989, Philadelphia, PA; lives and works in Pittsburgh, PA) received his BFA in Drawing/Painting from Penn State University in 2011, and his MFA from Yale University School of Art in 2014. He was awarded the Al Held Fellowship at the Yale School of Art in 2013 and has had a residency at the 2015 Fire Island Artist Residency. Shimoyama’s work has been exhibited throughout America. The exhibition Cry, Baby is currently on view at the Andy Warhol Museum, Pittsburgh until March 17, 2019. Shimoyama’s new and existing work is paired with a rotation of Warhol's Ladies and Gentlemen paintings from 1974, revealing new perspectives on Warhol's practice, embracing contemporary debates about identity politics, gender and sexuality in addition to issues of racial violence and tension in the United States. 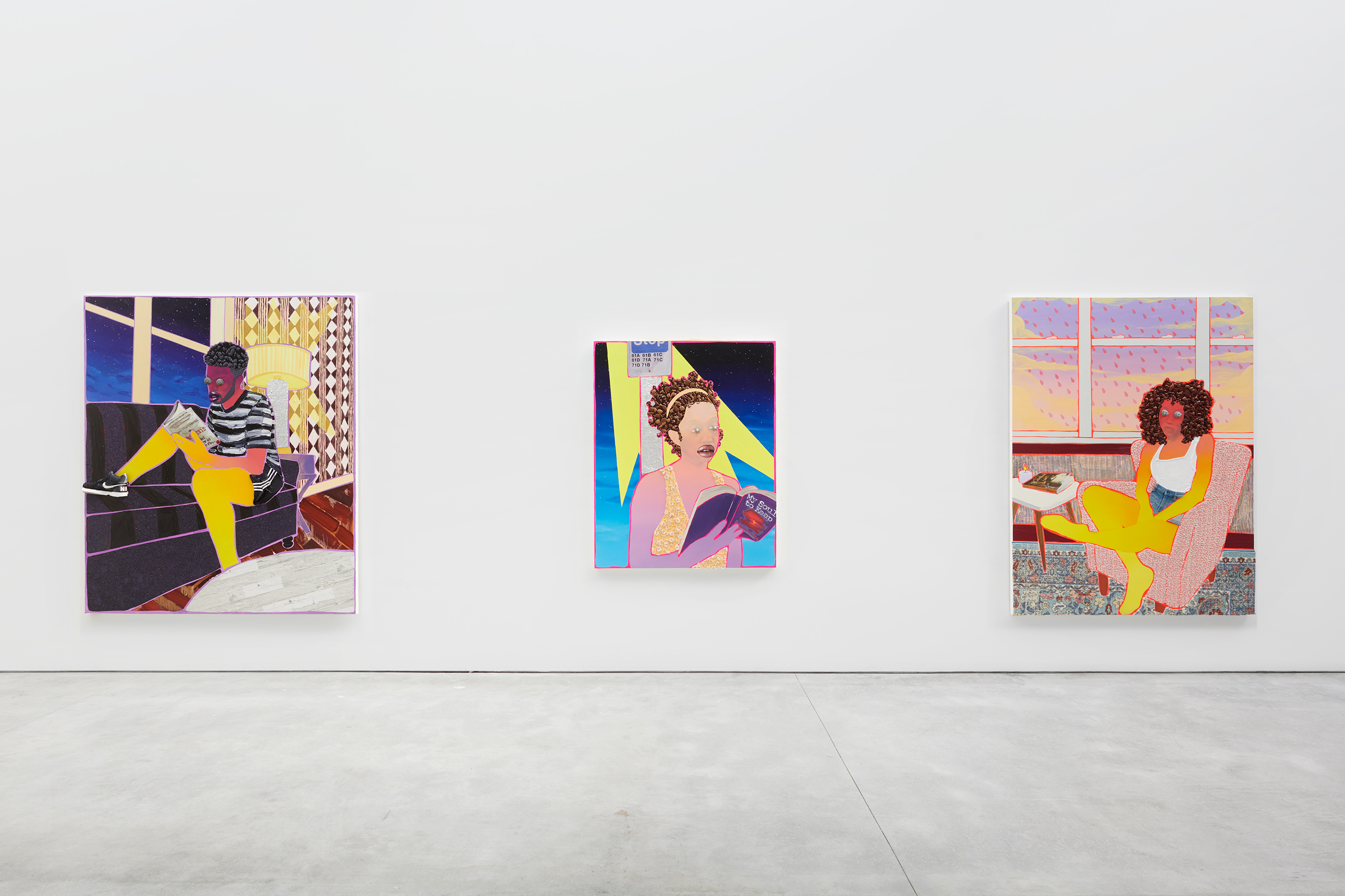 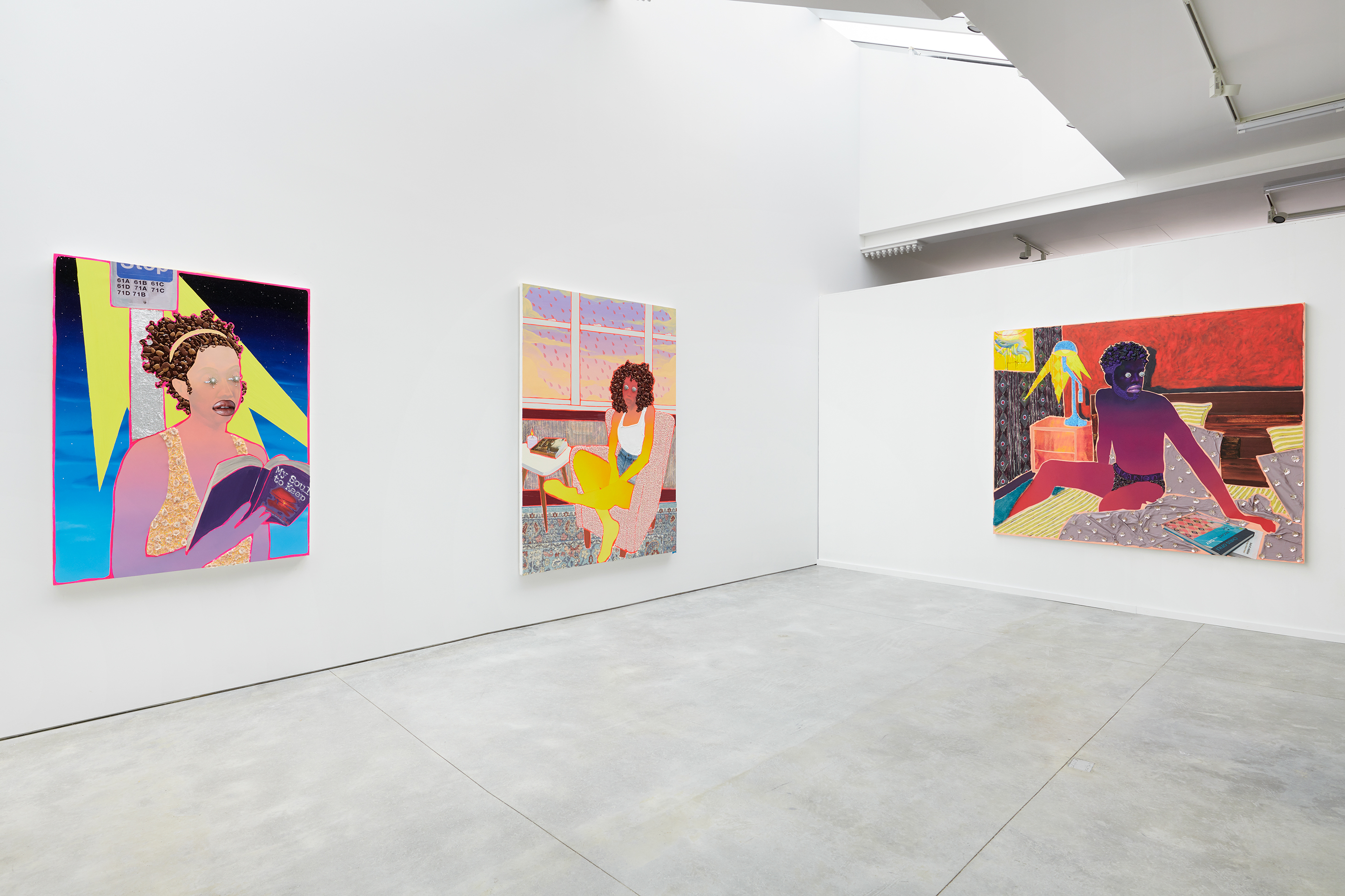 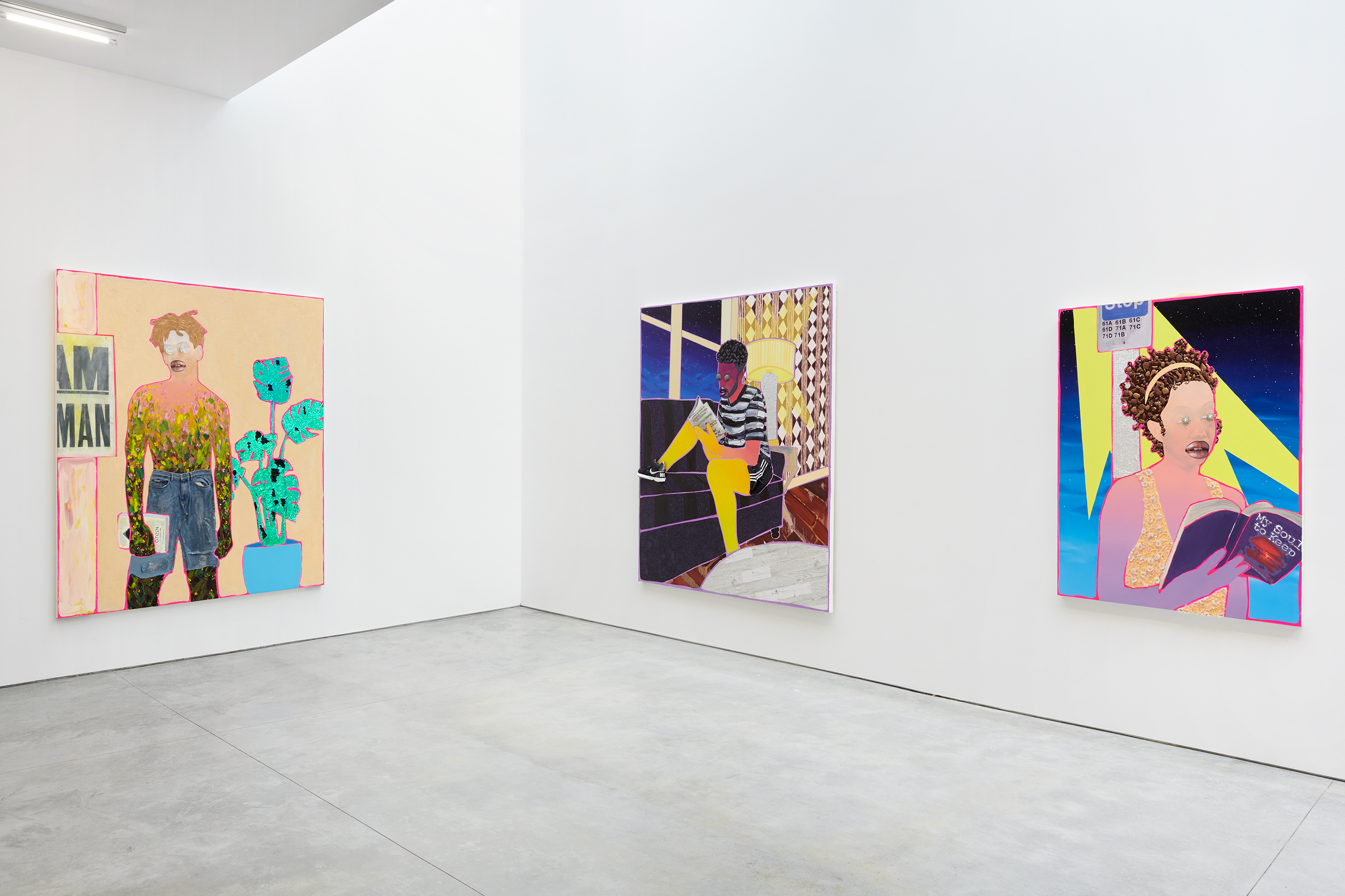 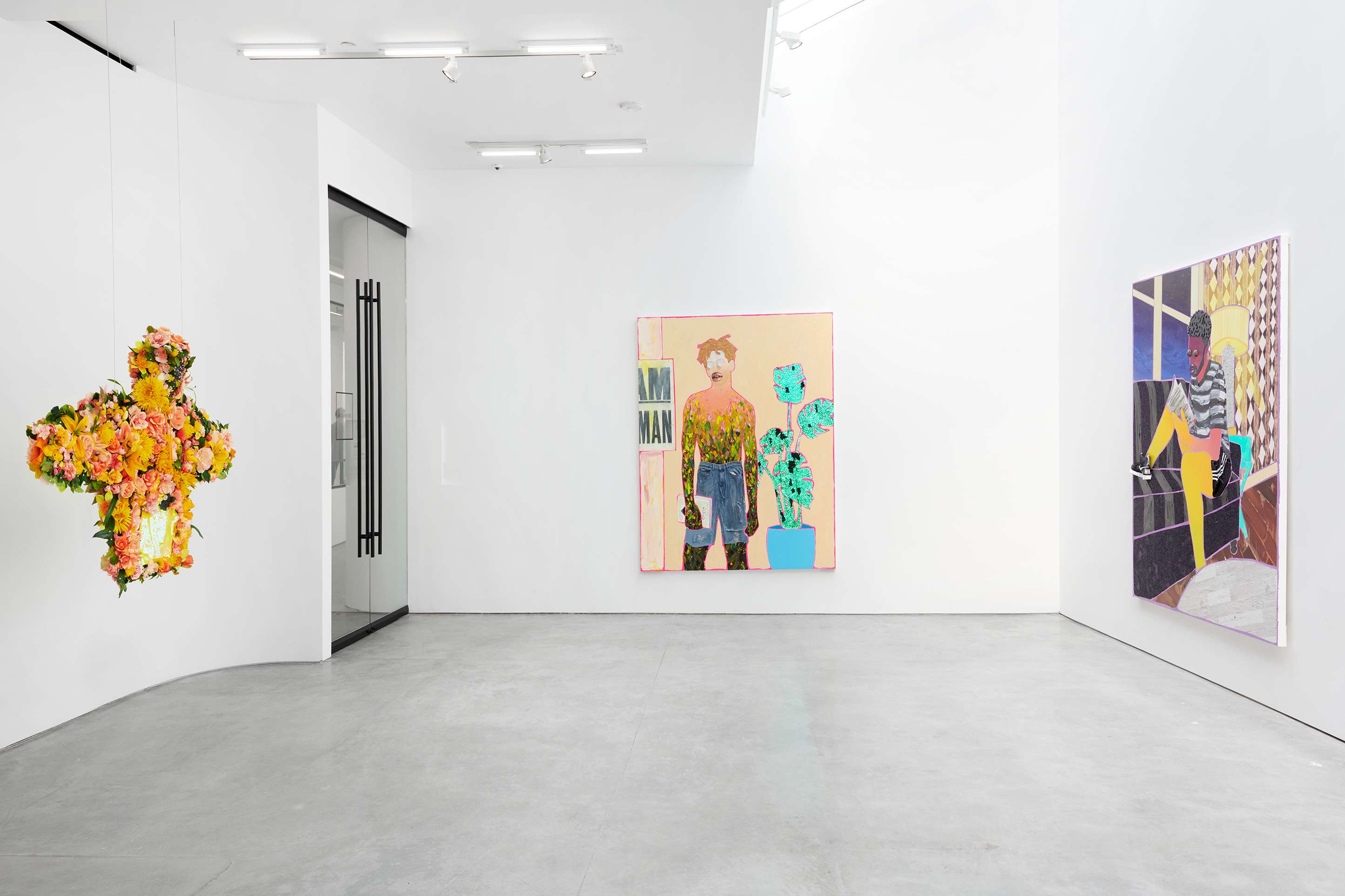 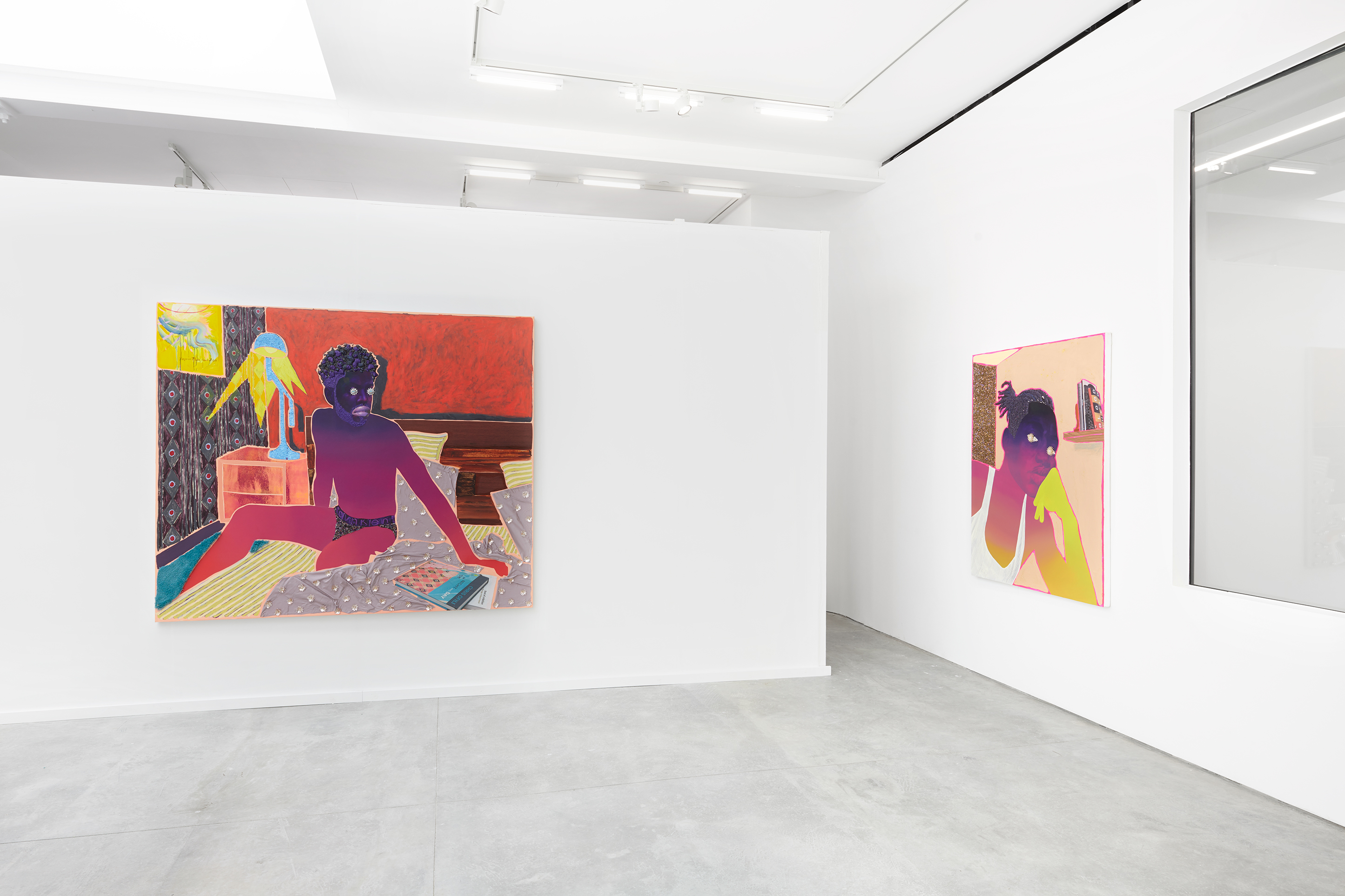 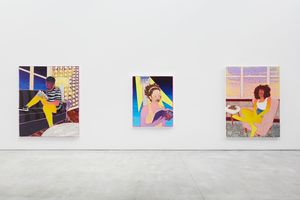 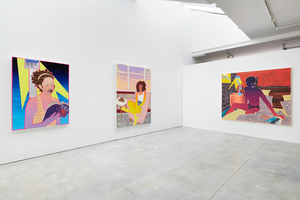 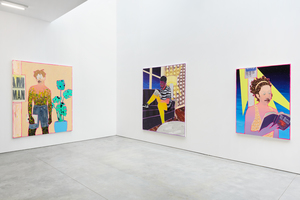 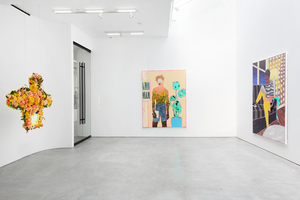 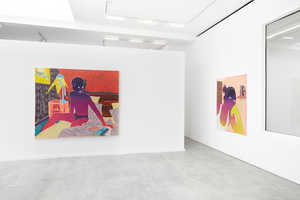 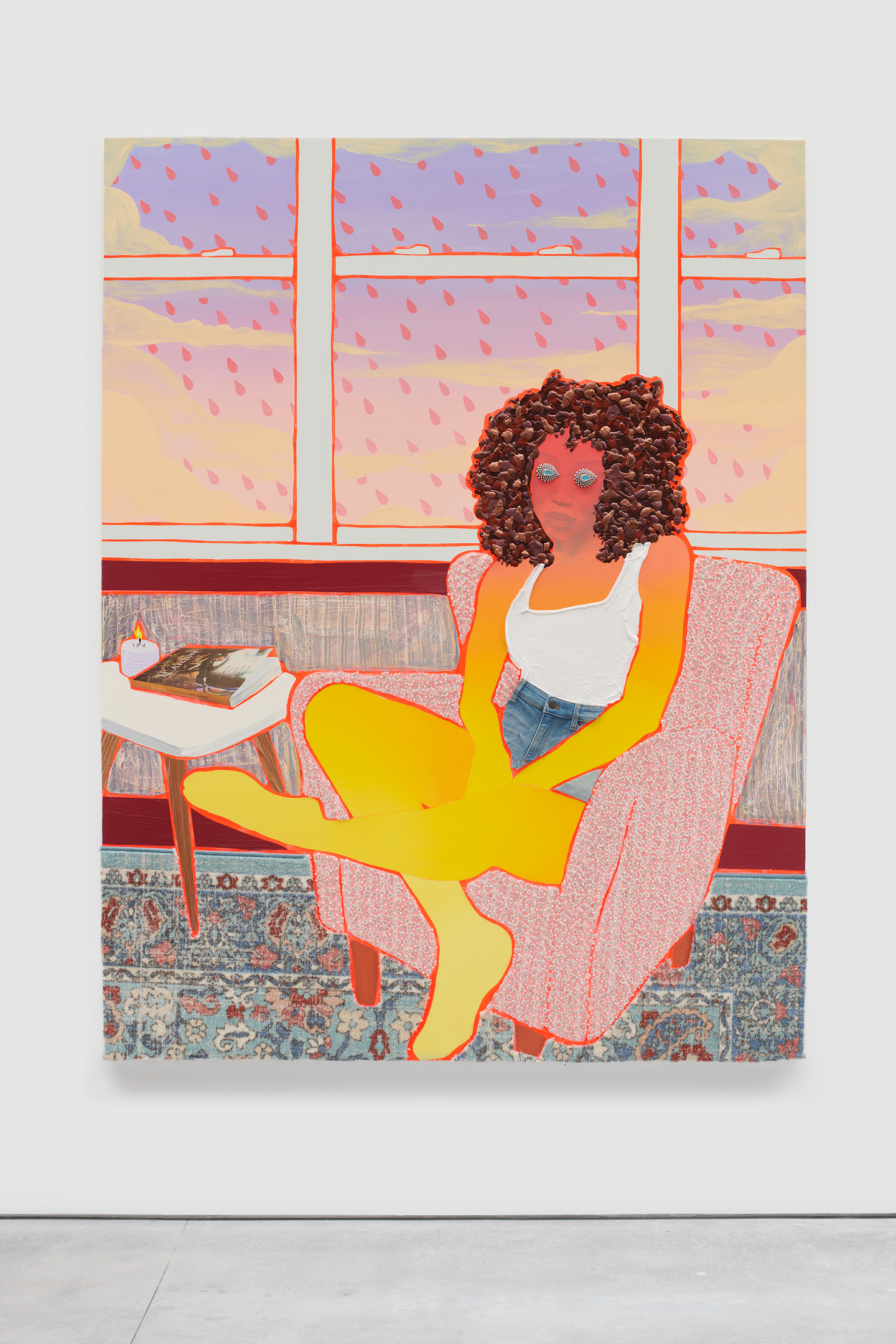 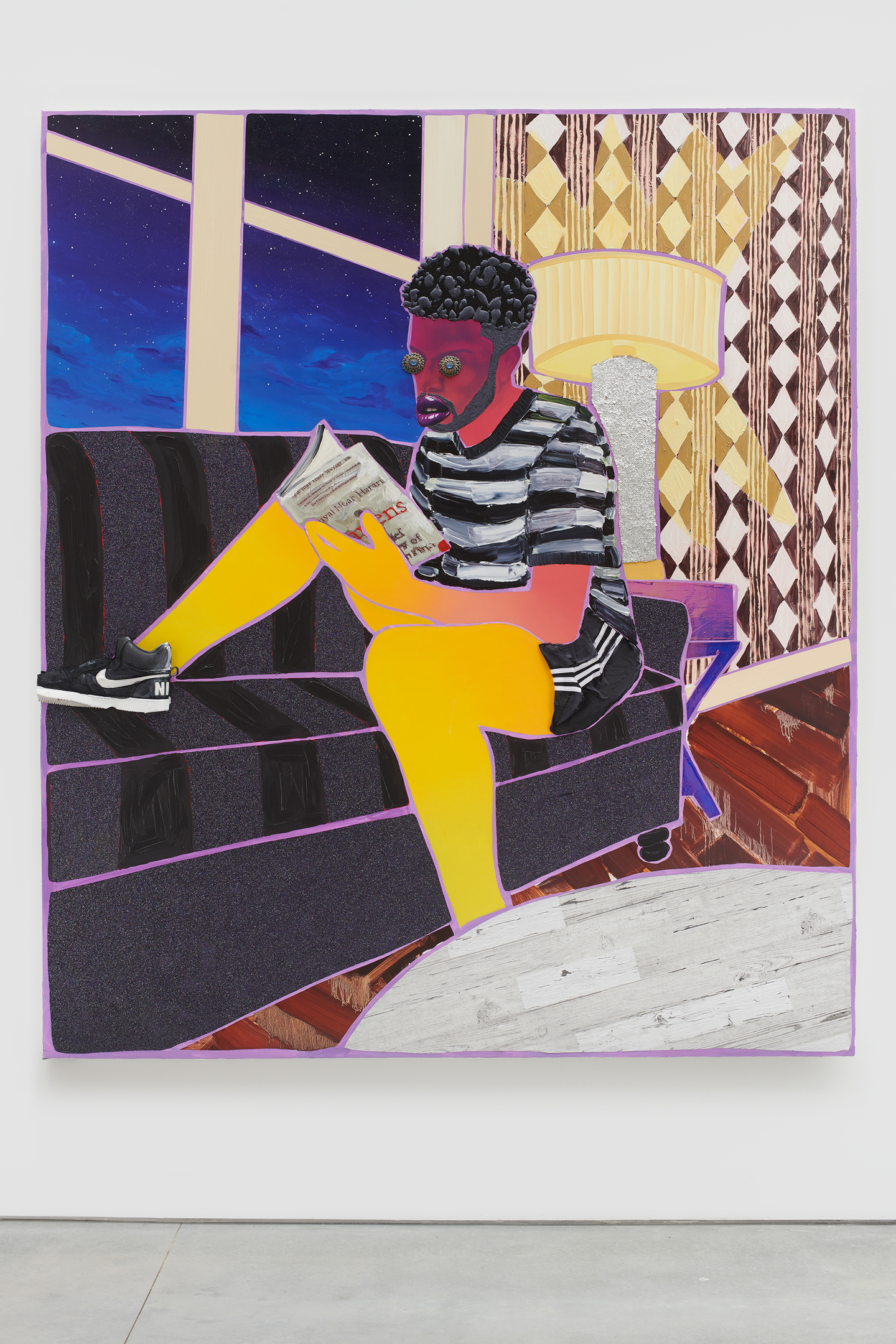 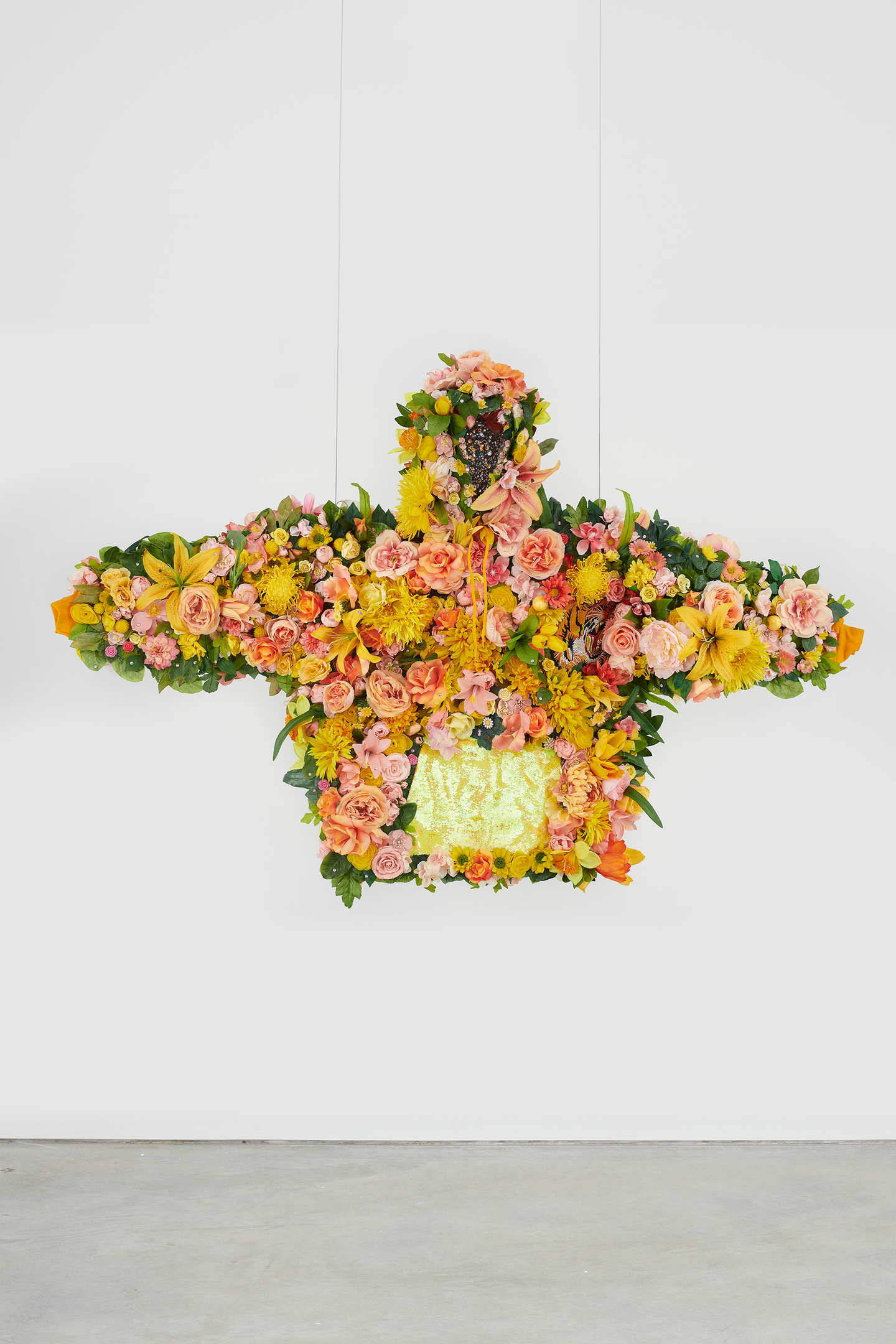 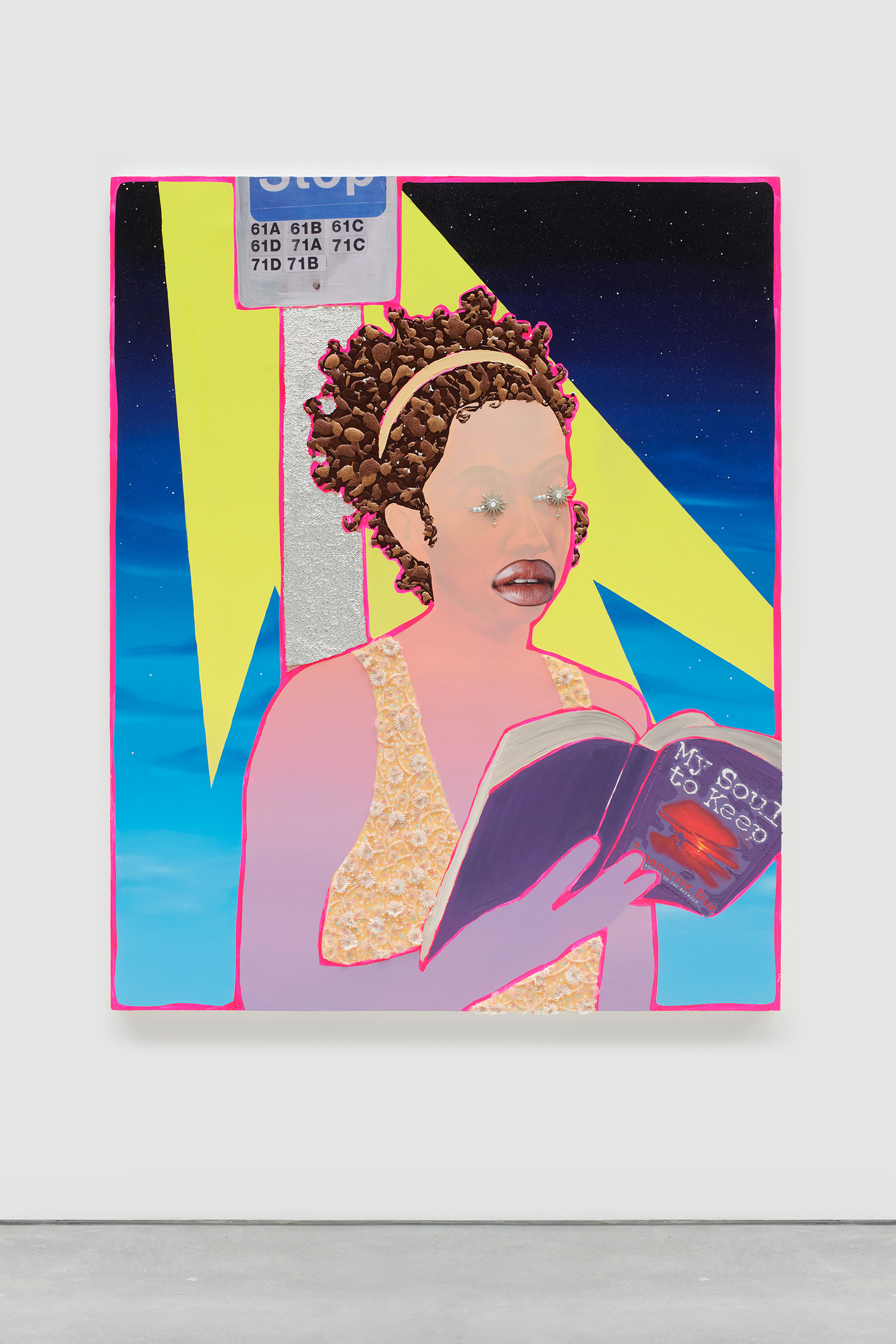 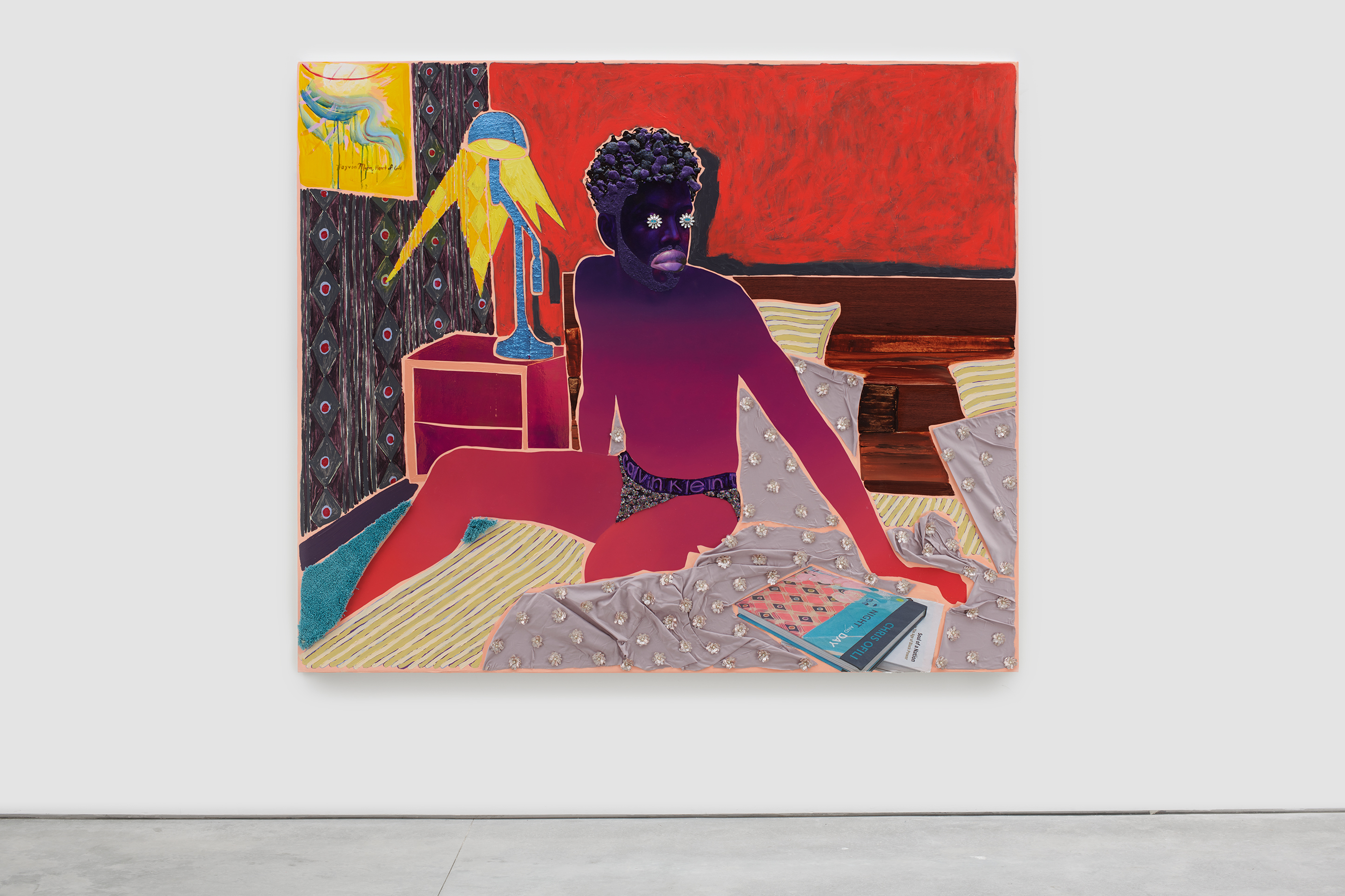 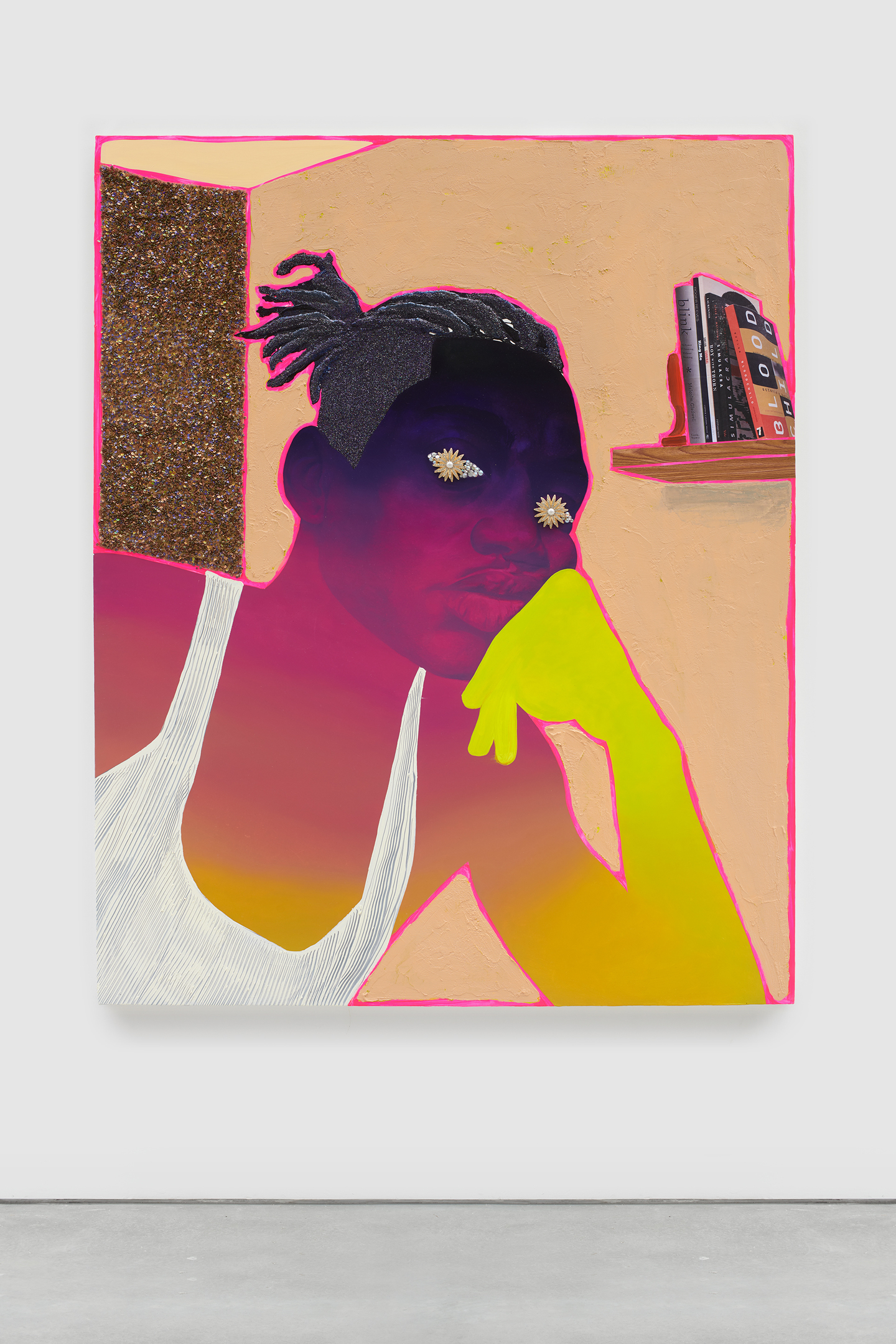 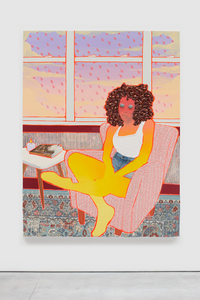 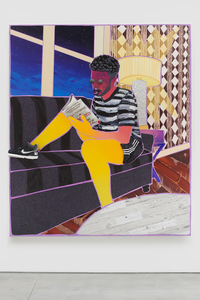 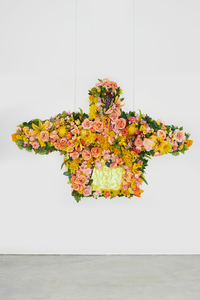 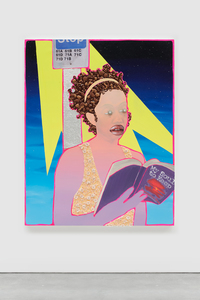 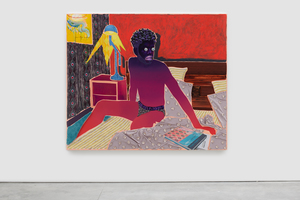 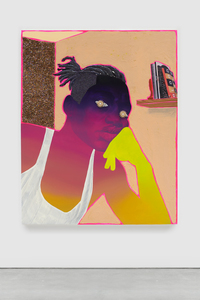 The Night Light Fell from the Sky

Christina Kruse: Base and Balance