SHIN GALLERY is pleased to present a solo exhibition of works by Italian artist Carla Prina, a long-underrecognized leader in the Italian abstract art movement. This will be the first overview of Prina’s work in the United States and will highlight her bold and vibrant geometric pieces. The exhibition will feature paintings spanning four decades, from the 1950s to 1980s.

A founder of the Group of Abstractionists of Como in Italy, Carla Prina began her journey with abstraction in the late thirties and forties. She is recognized for her dynamic color resolution and placement of geometric shapes within space. Her work never seeks three-dimensionality, but rather is effortlessly spread onto the canvas in natural equilibrium. Prina’s paintings have been exhibited throughout Europe including, the Venice Biennale in 1942 as well as the Quadriennale Rome in 1955 alongside colleagues Manilo Rho, Mario Radice, Carla Badiali and Aldo Galli. Yet unlike her contemporaries, Prina’s career failed to gain recognition in the United States, a country she dreamed of exhibiting in, and instead had remained in Europe the past nine decades until now.

Born in Como, Italy in 1911, Carla Prina went to study at the Academy of Art of Brera (1932) and the High Culture Institute (1936) where she graduated in painting. In 1937, Prina moved back to Como where she became close companions with Manilo Rho and Mario Radice and soon founded their abstract artist group. Together they exhibited in France, Switzerland, Germany, Spain and the Canary Islands. One important exhibition included Lucio Fontana, in which the Fontana and Prina became close friends. By 1948, Prina along with a number of significant intellectuals including Juan Miró, Mathias Goeritz, and Ángel Ferrant, founded the Escuela de Altamira in Cantabria, Spain. The school was developed after the Civil War with the objective to nurture the development of modern art with artists from across the globe. The establishment served as an important cultural landmark, whose presence established the practice of numerous artists in the fifties and sixties.

Working in the same studio as Joan Miró at Altamira, Prina’s progression as an abstract artist evolved rapidly. Yet, as an individual shy of her qualities as a painter, Prina often remained private in her work. Regardless, Prina’s paintings prevailed above all else. Her compositions comprise of brightly colored geometric shapes, methodically placed onto paper or canvas. The artist’s two-dimensional forms create balance and structure exemplified through the delicate, yet intentional application of paint. Her floating forms and use of colors evoke musical harmony, rich of light and movement. Prina’s geometric shapes alter throughout the years, consisting of circular, triangular, and rectangular structures. Tables and an infinite number of sketches remain a testimony of her tireless progress in the evolution of her artistic style. There is a constant renewal of shapes within each composition, exemplifying Prina’s experimentation and proposition of new models. Towards the late eighties, her work was later championed by dear friends Robert and Sonia Delaunay.

Installation view of A Rediscovery 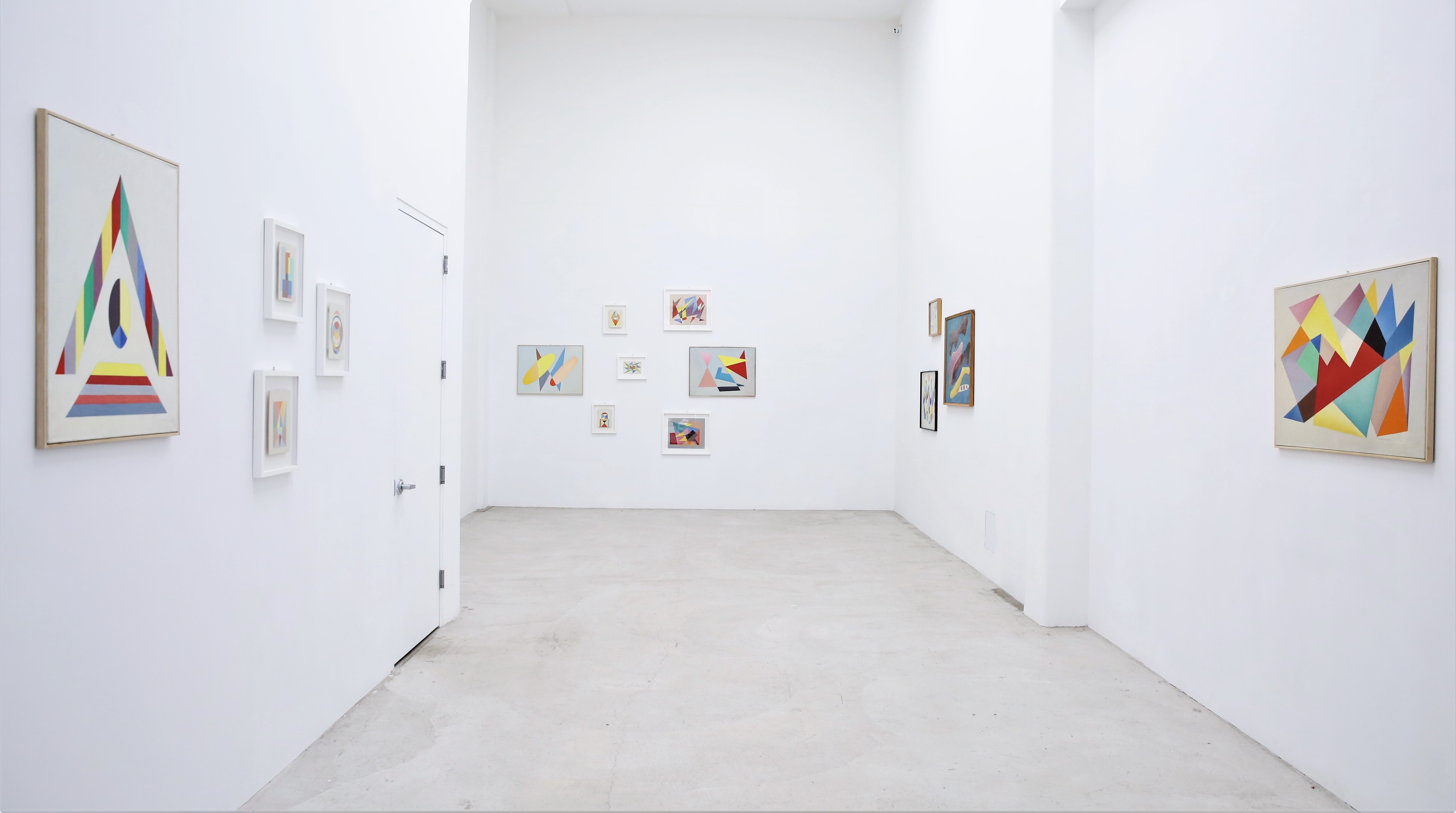 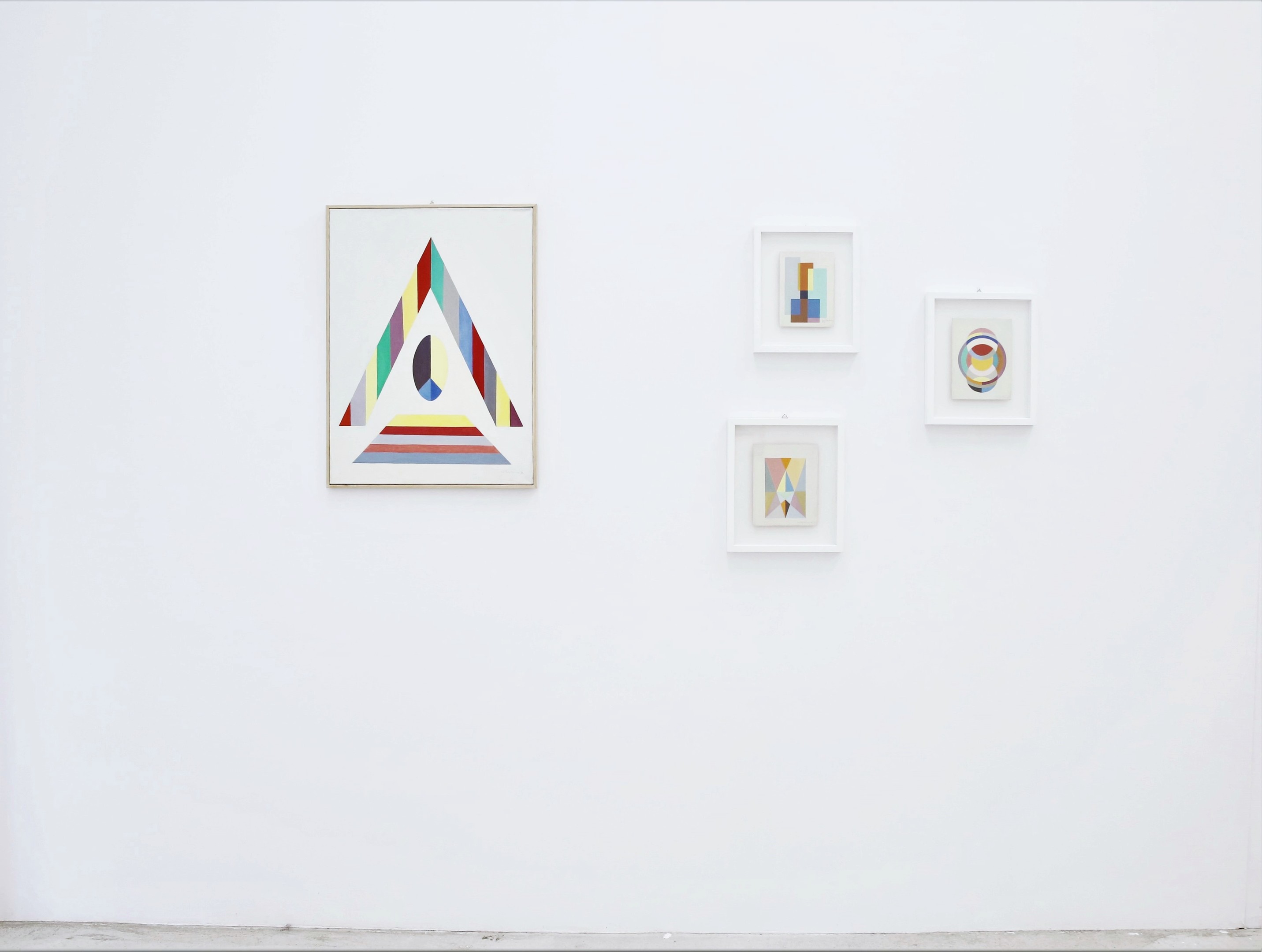 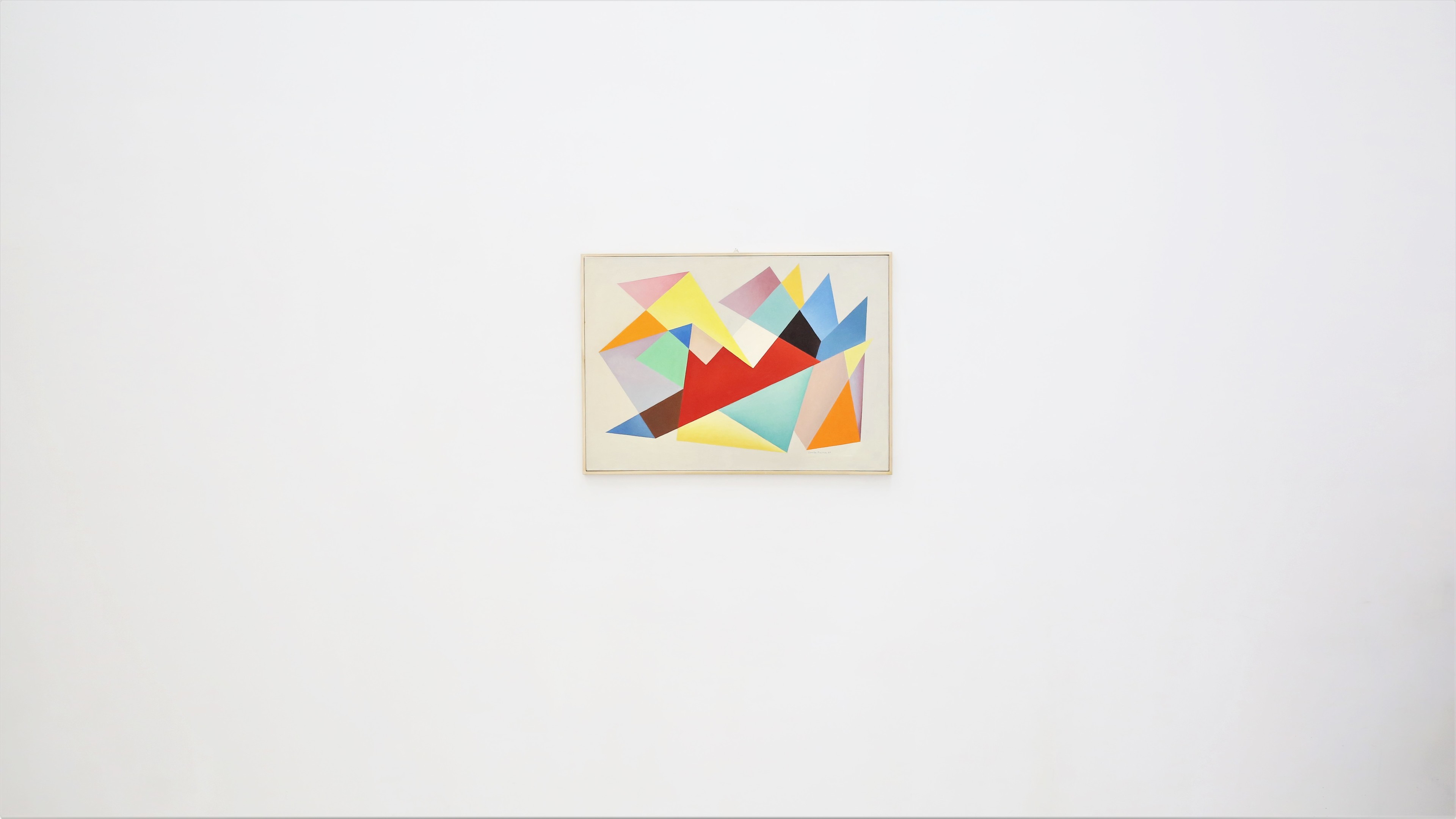 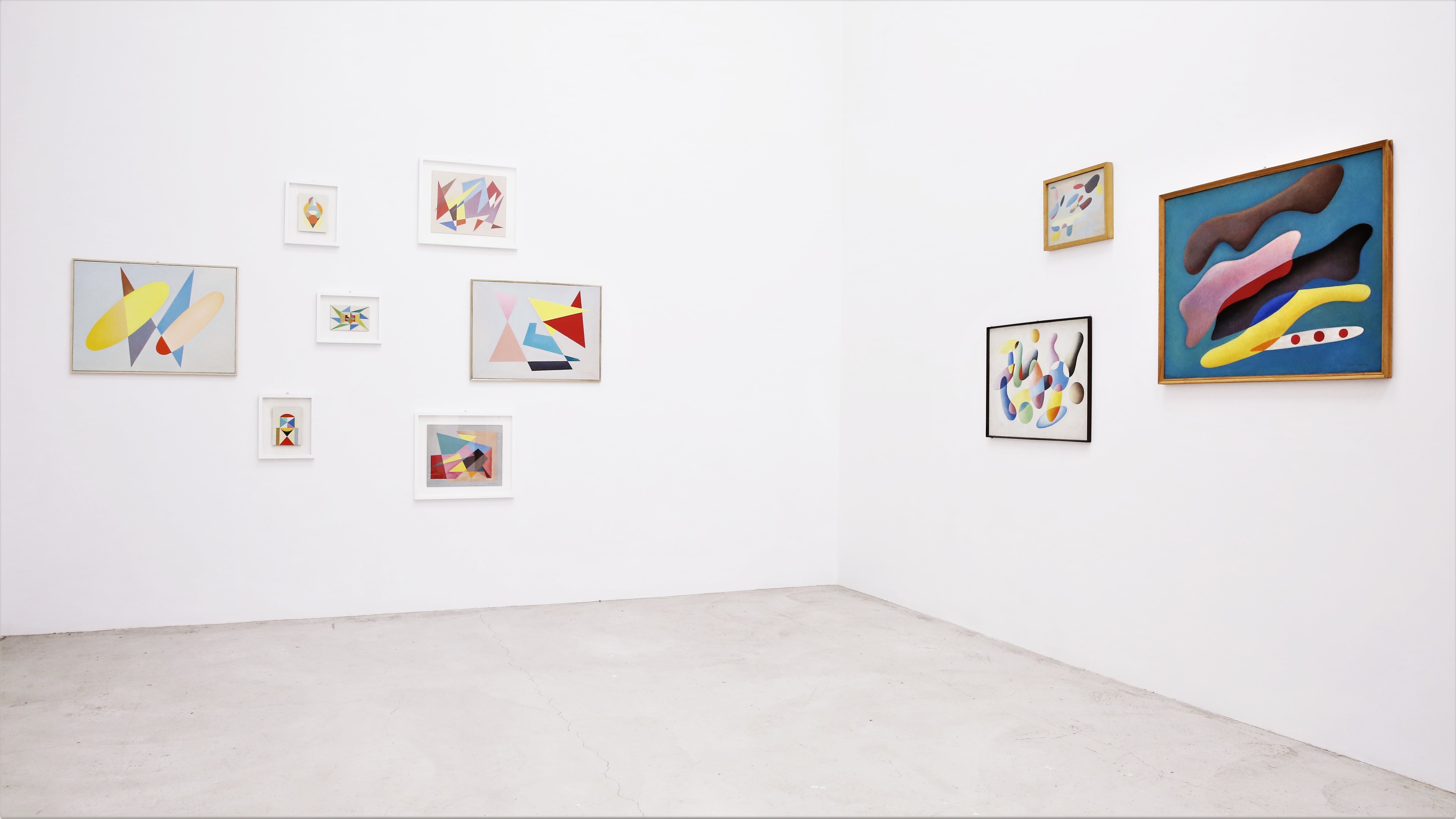 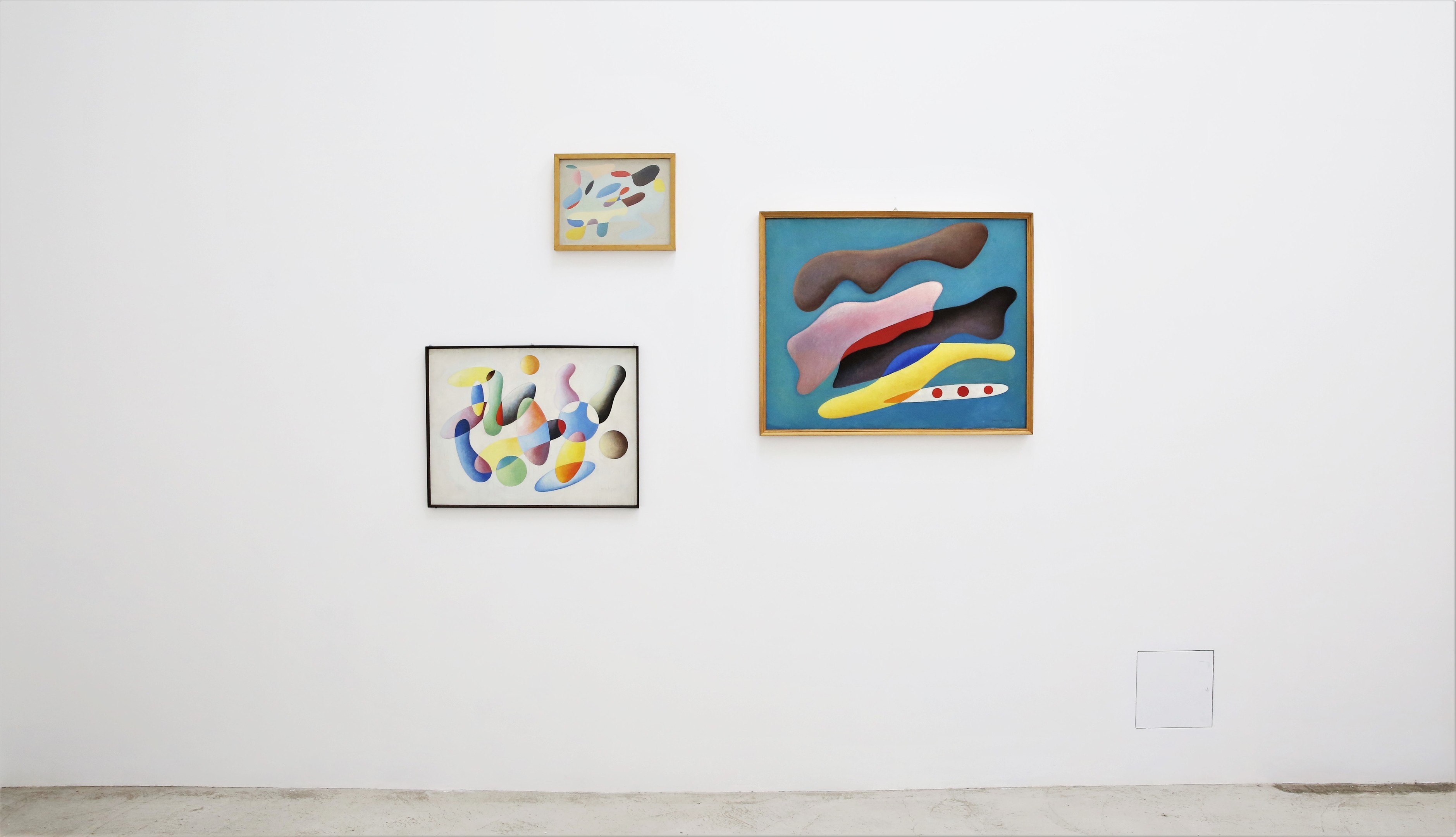 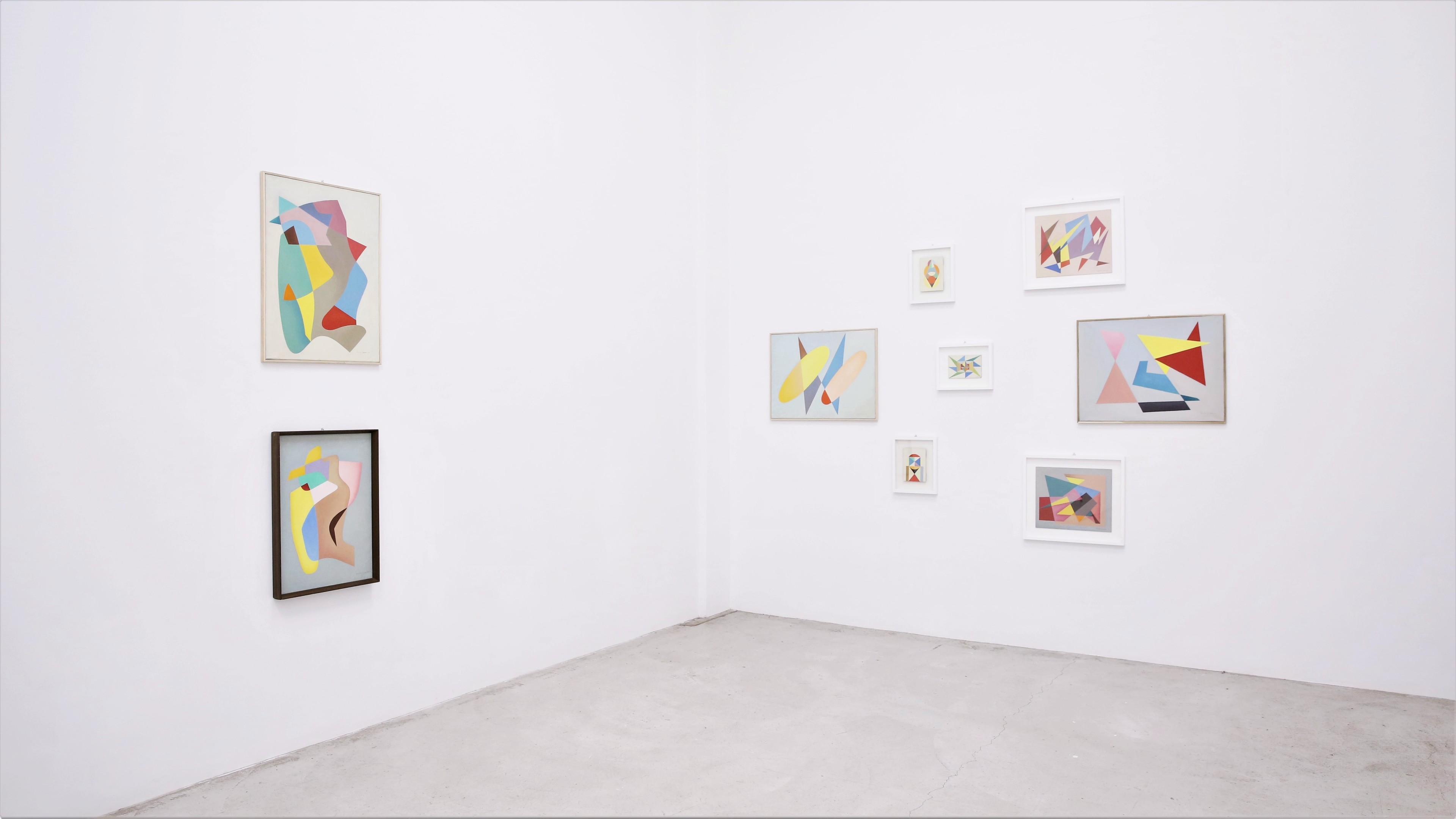 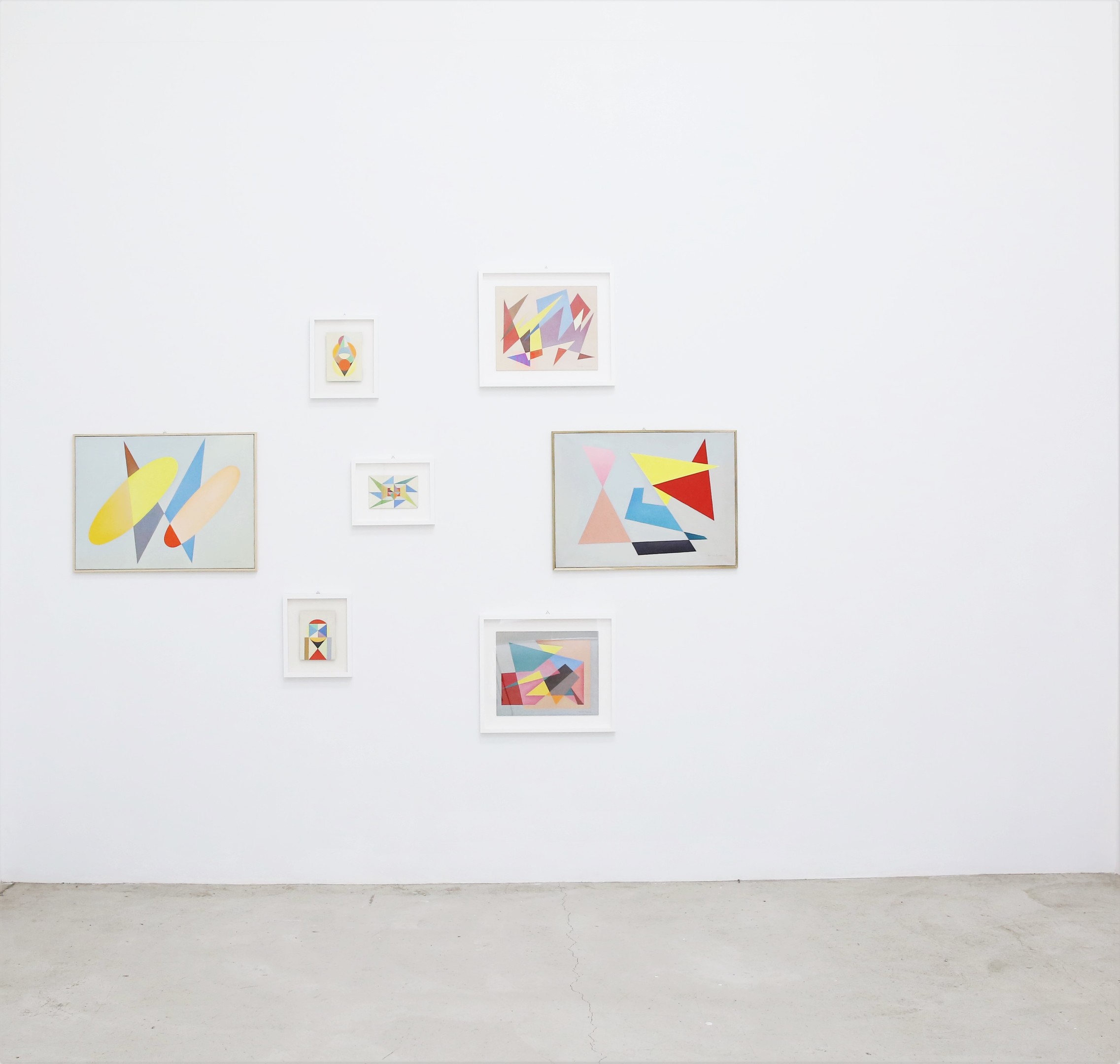 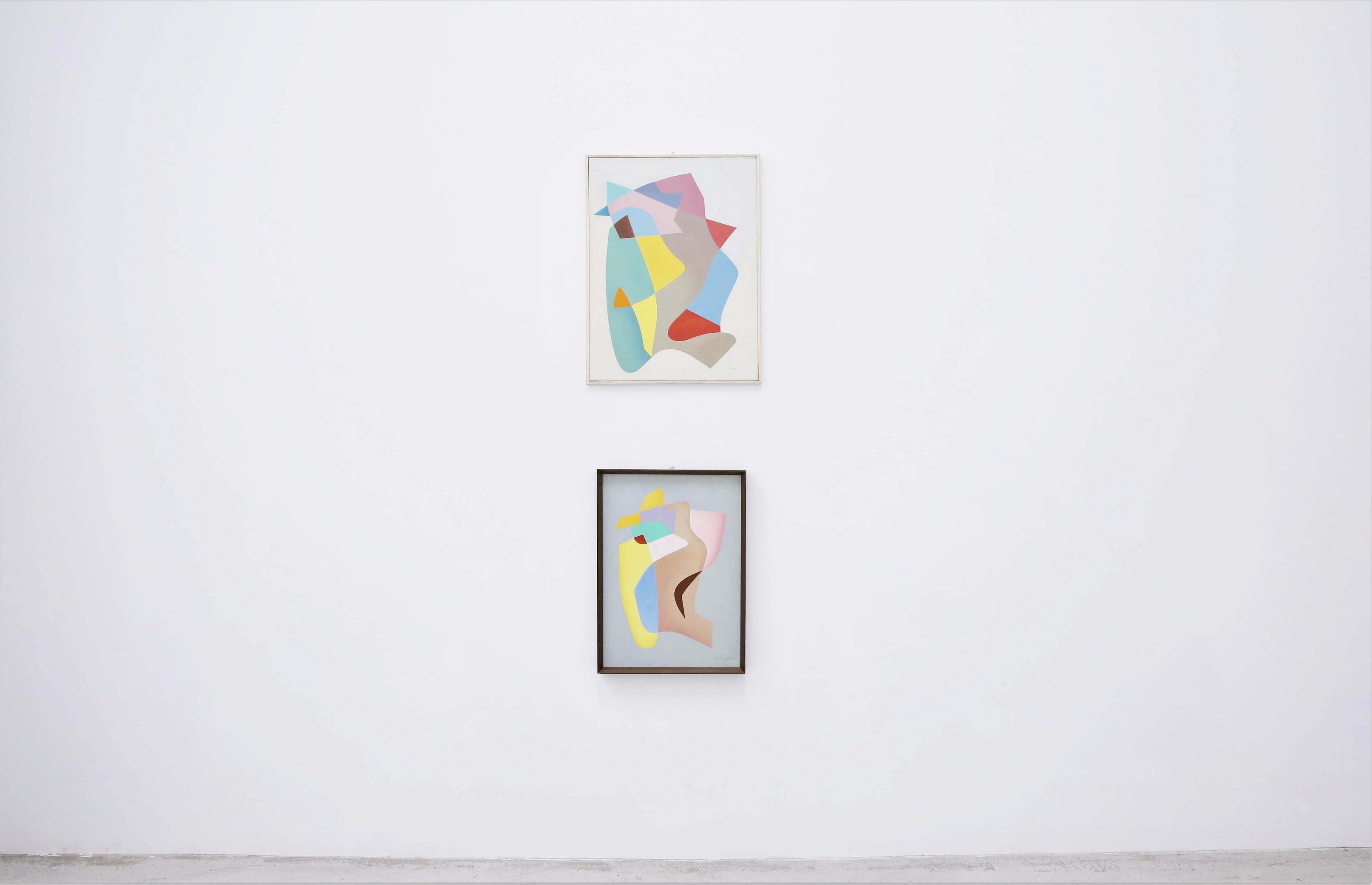 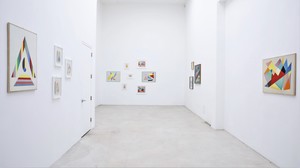 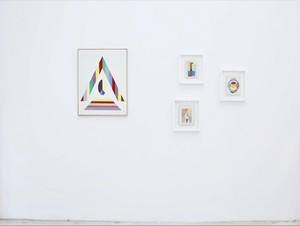 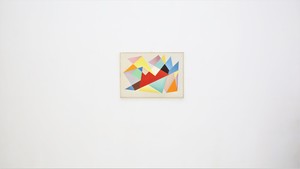 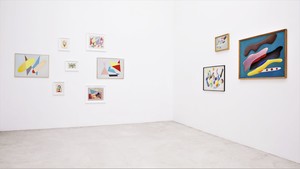 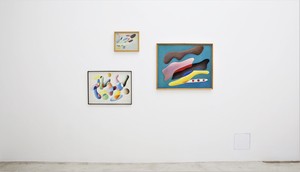 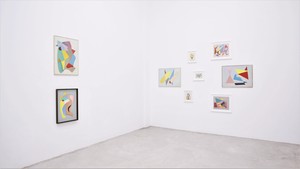 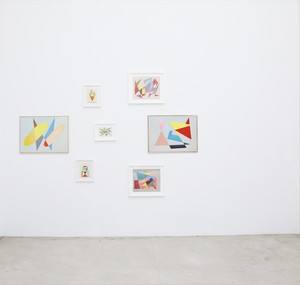 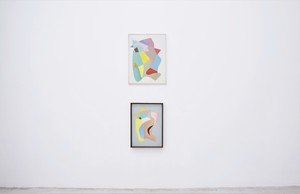 Installation view of A Rediscovery