Winston Wächter Fine Art, New York is excited to announce American Commerce, a new series of large-scale drawings by Ethan Murrow. The series follows a fictitious pair of men as they traipse across the earth employing elaborate and perplexing methods to steal and transport precious cargo. American Commerce explores concepts of appropriation, colonialism, and trade economics with a delightful, deadpan humor.

The duo is dressed in identical flashy, checkered suits, and they are in part self-portrait and self-parody. Murrow considers the role white men like him have played in global history as they romp the world taking whatever strikes their fancy, regardless of inherent value. The Swap depicts an elaborate rope and pulley system used to raise a mysterious treasure through the canopy of a forest. Vernal Theft features the earnest looting of potted plants and gardening tools, the thief bowing under the weight of an enormous well-groomed topiary. The characters Murrow creates go to great lengths to collect their arbitrary treasures, yet they remain completely oblivious to the harm they instill on the environment or their impact on native communities.

Murrow was initially inspired to create American Commerce through reading about the Opium Wars of the 19th century, and the massive impact the drive to control a single resource can have on the world. Stemming from this research, Murrow conducted archival image searches, which he then built into elaborate storyboards, often photographing homemade props and digitally altering them before arriving at a final scene to draw. His intentionally plodding practice reflects on the way histories are told, retold, and formed into grand and often whitewashed heroic narratives.

These highly detailed black-and-white drawings recall antique advertisements for bizarre contraptions, or depictions of inventive early attempts at flight. The work evokes a sense of looking back at the past and wondering, “What were we thinking?” Yet, the issues of white privilege and colonialism Murrow examines are current and often devastating. Through this crucial examination of how we behave in the world and how we can do better, we are reminded that there is always room for laughter at the absurd and obvious ways in which we expose our flaws and misunderstandings. 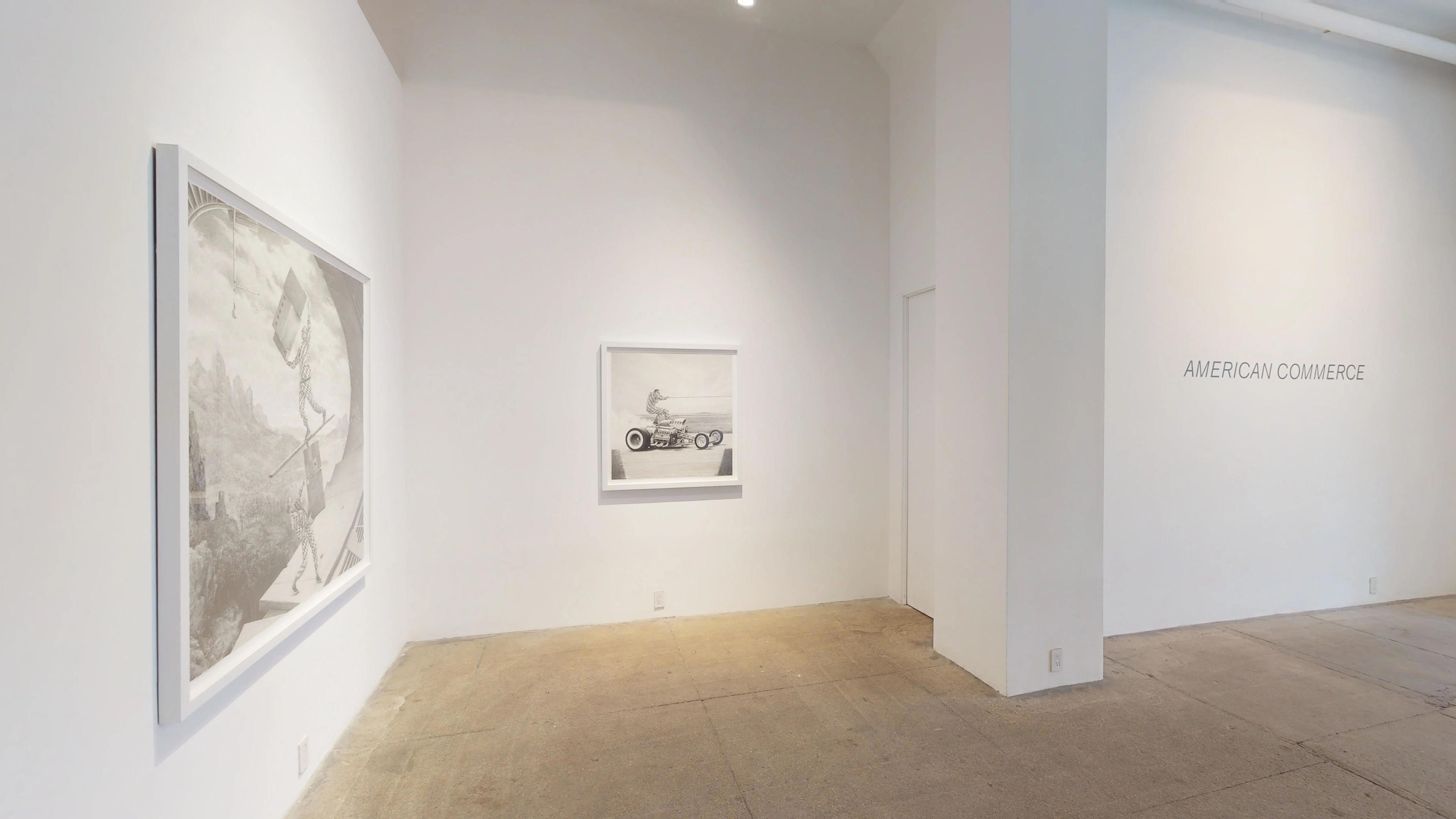 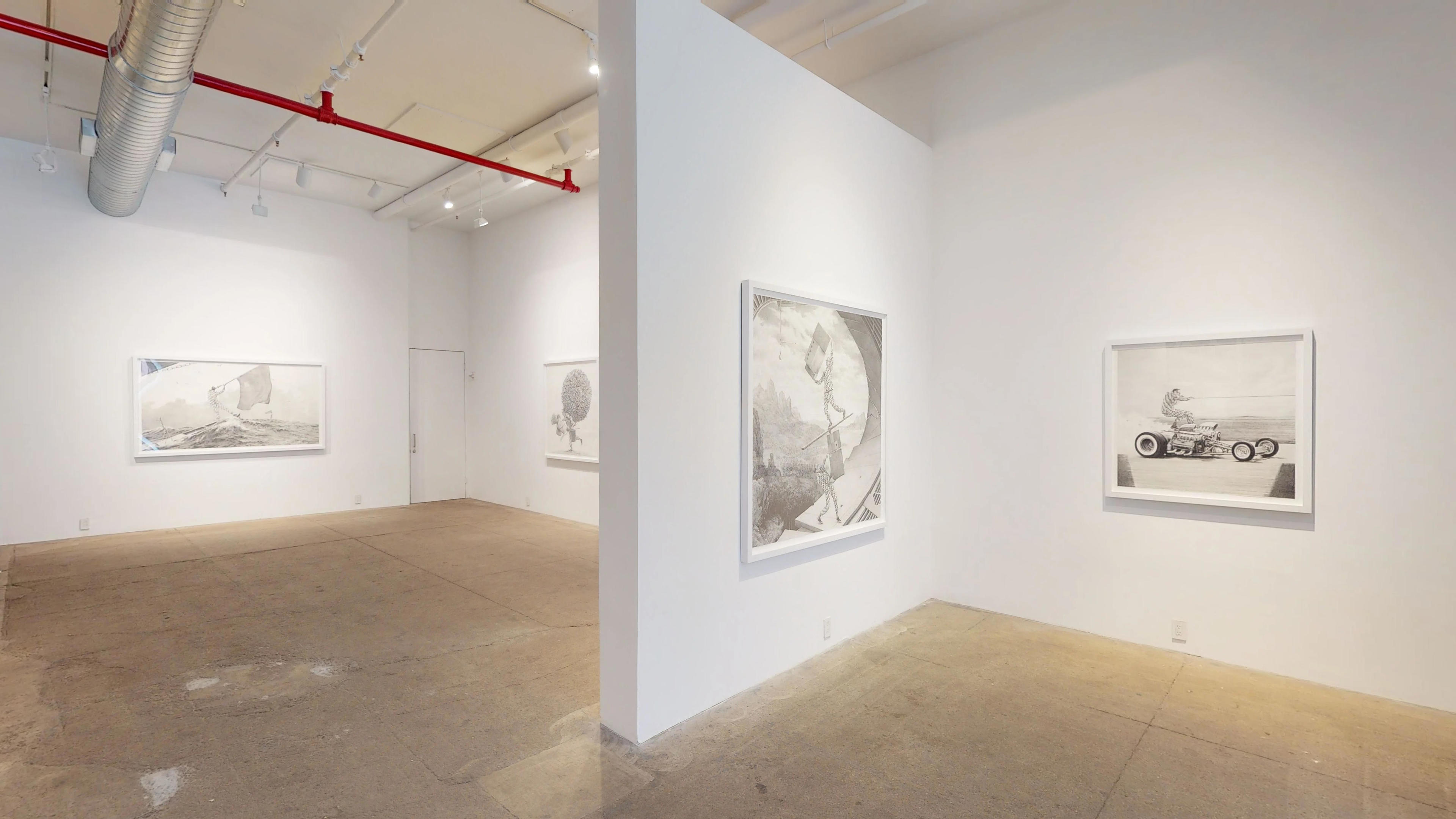 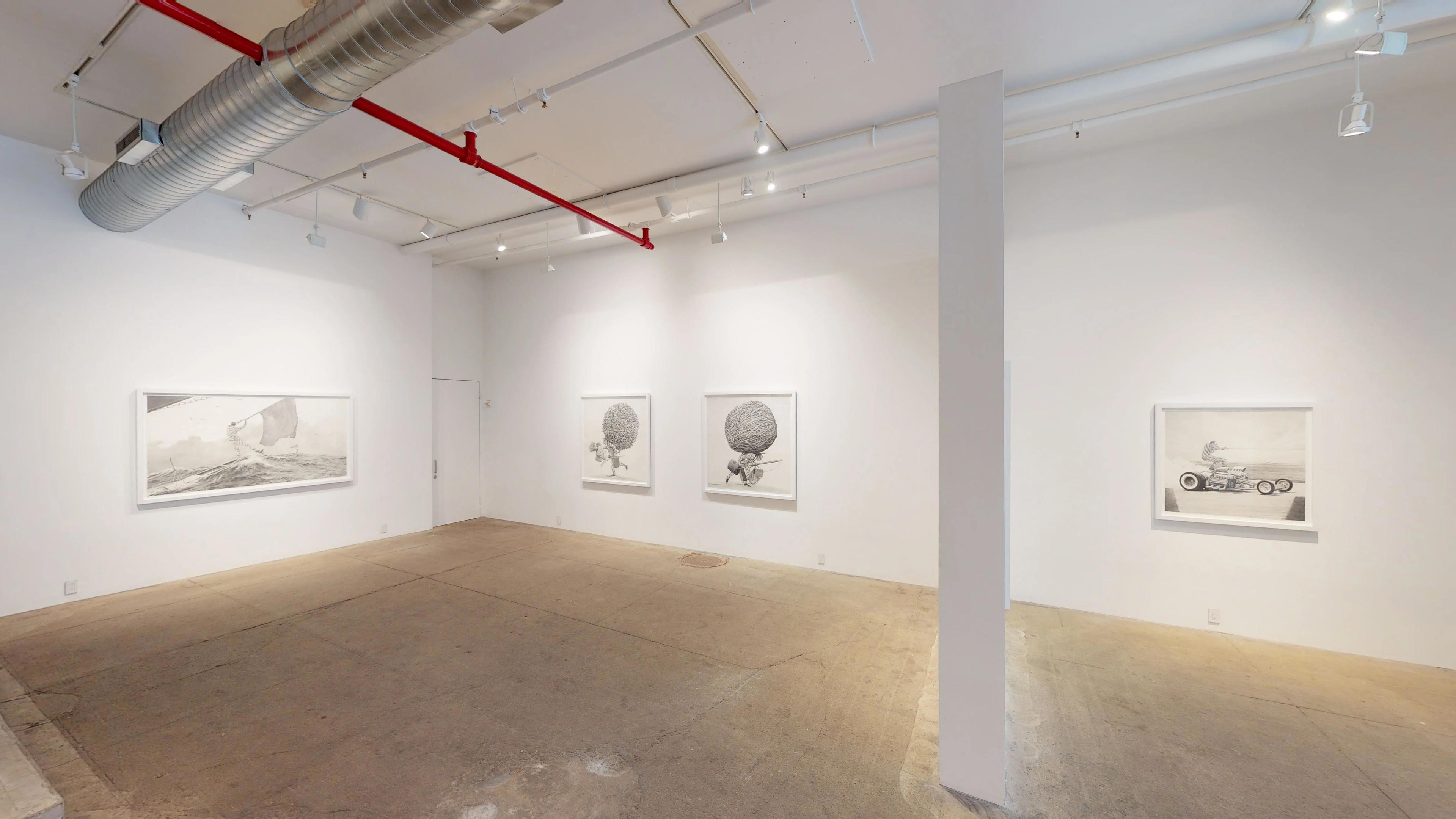 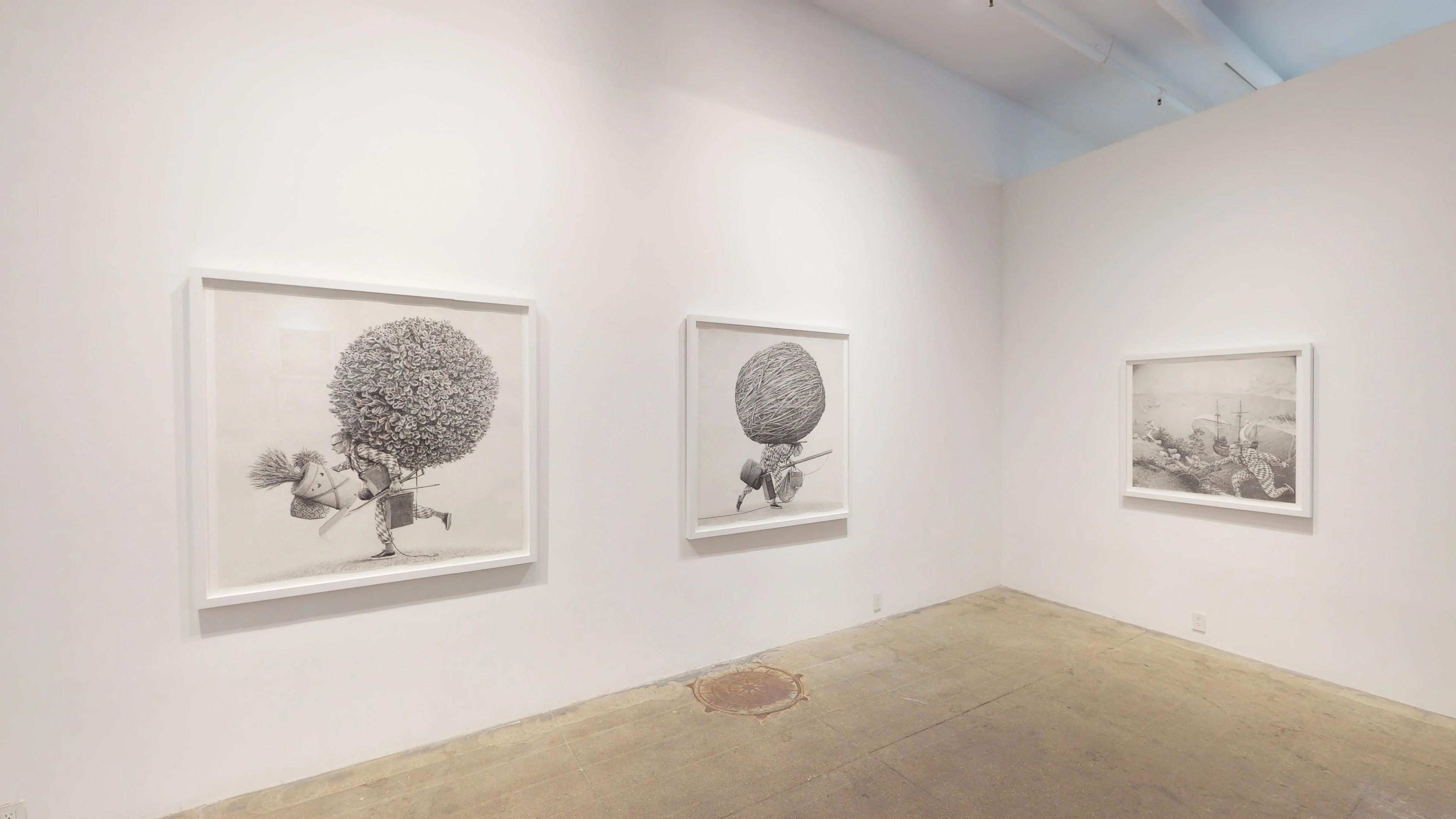 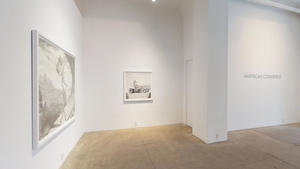 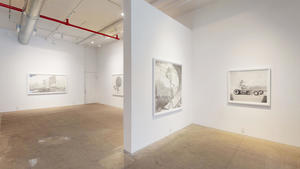 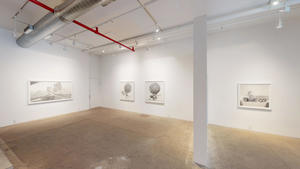 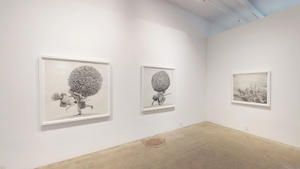 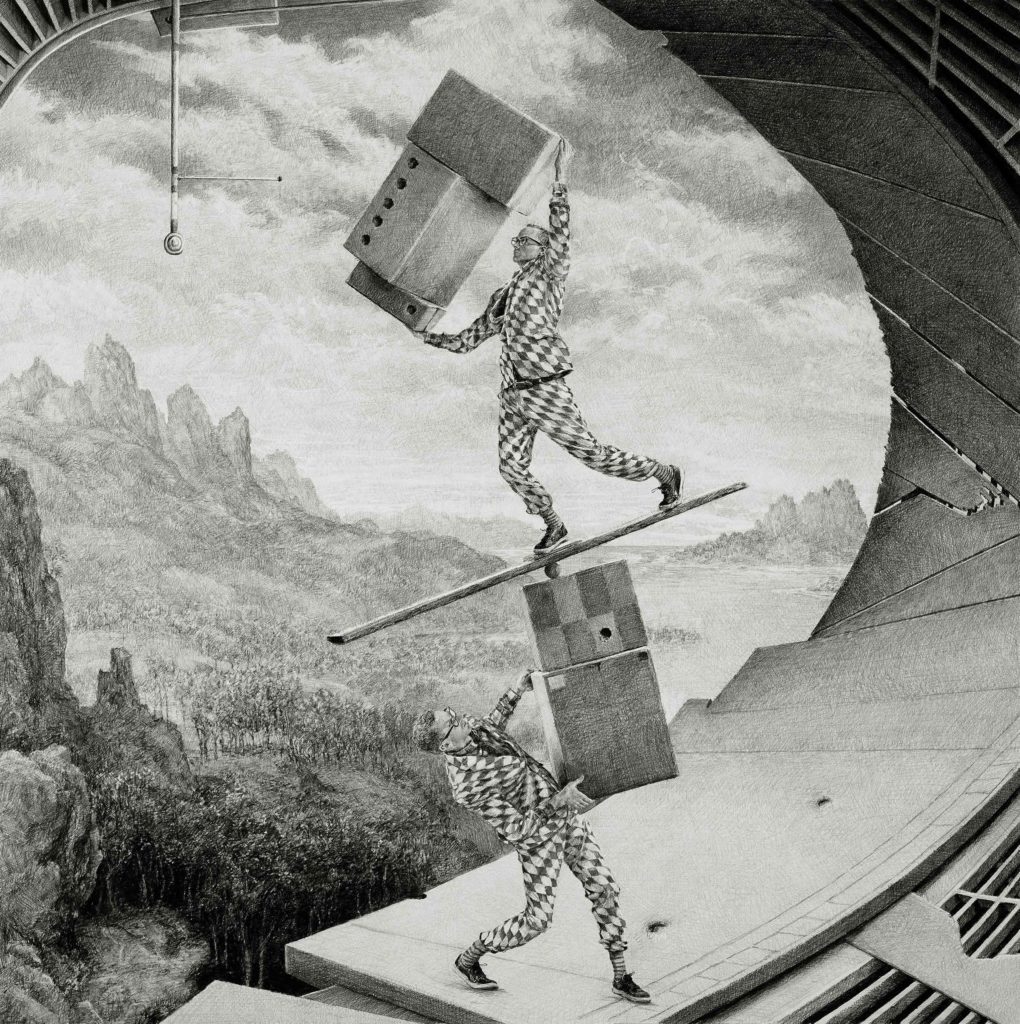 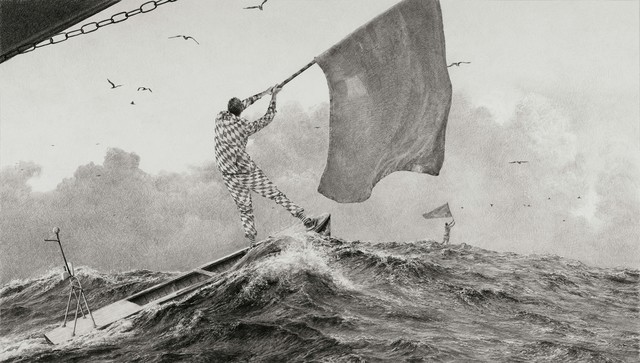 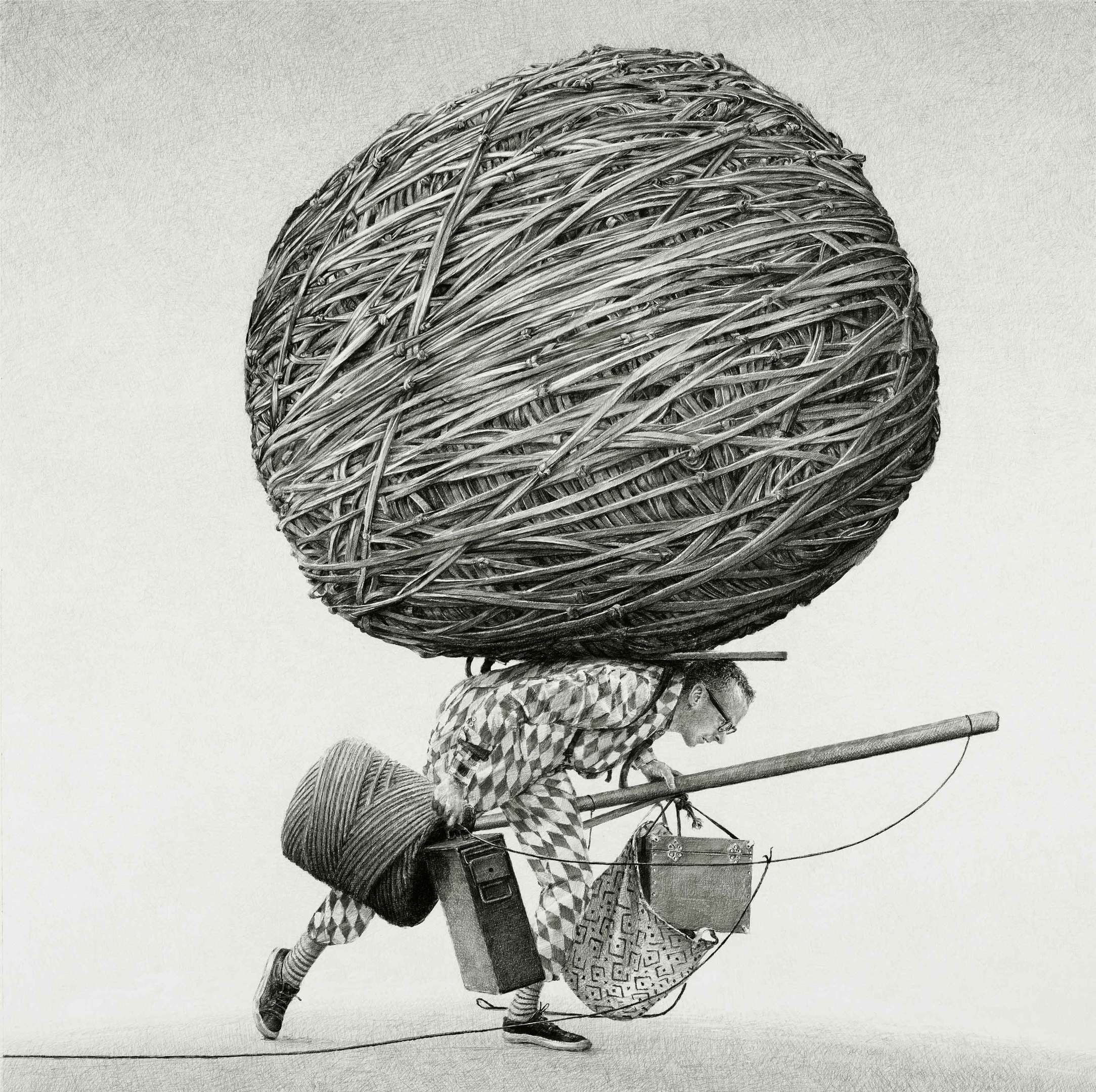 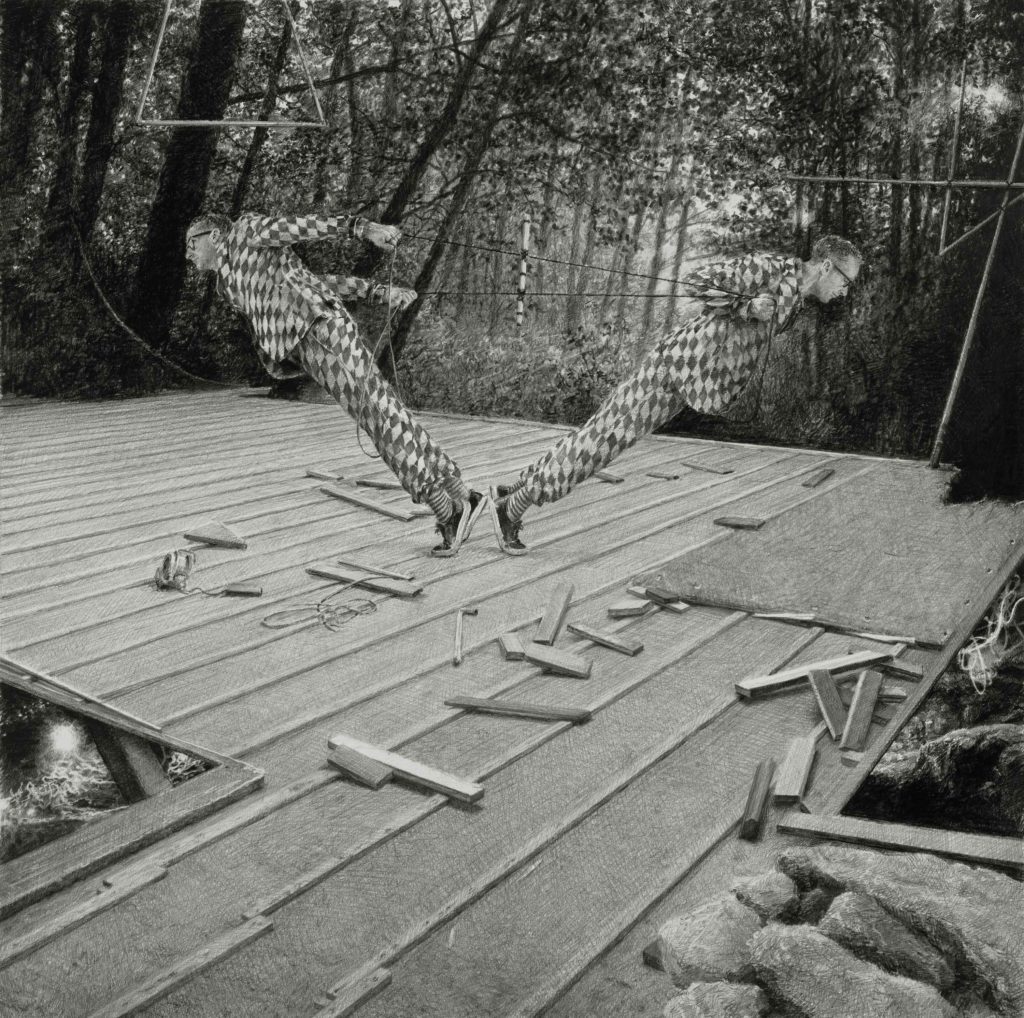 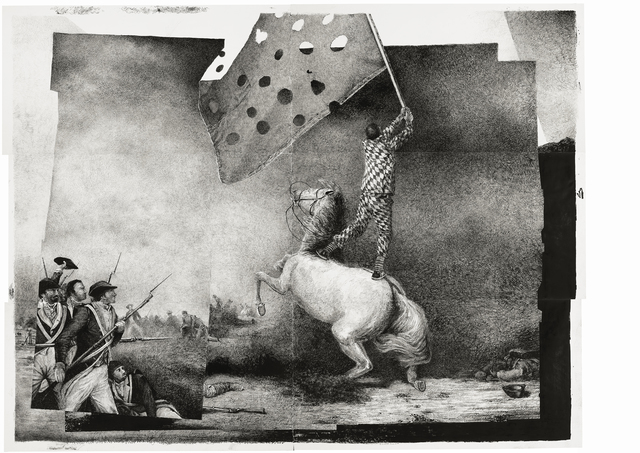 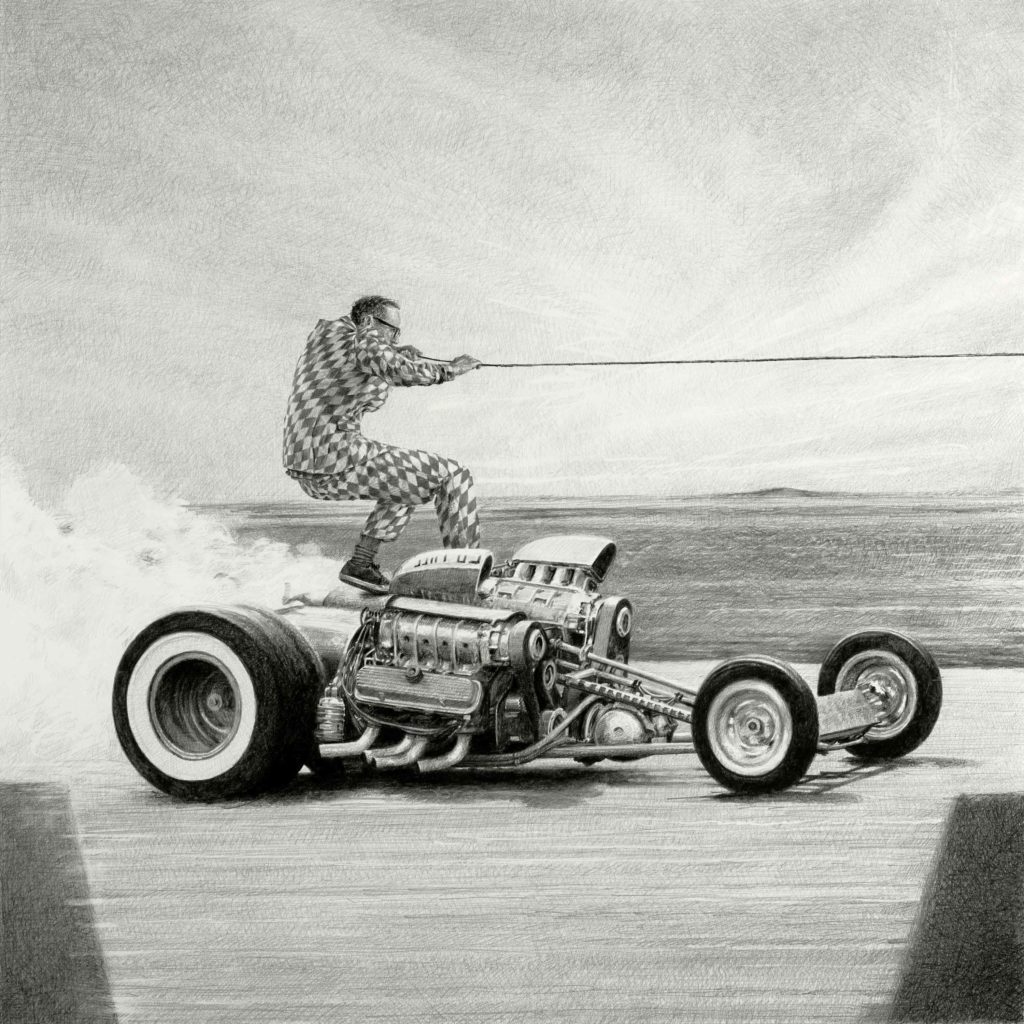 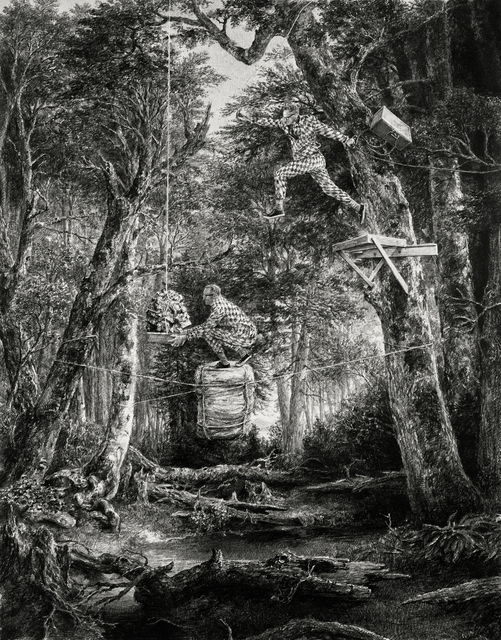 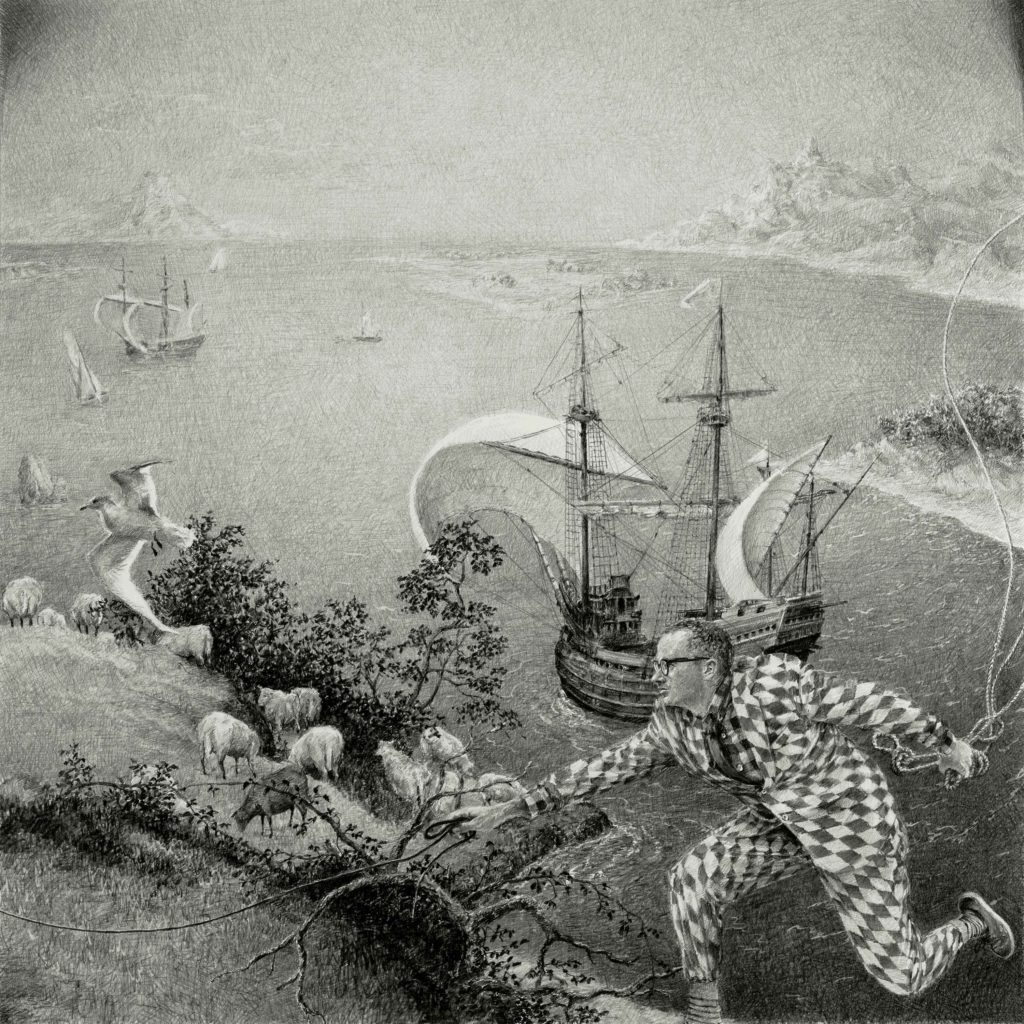 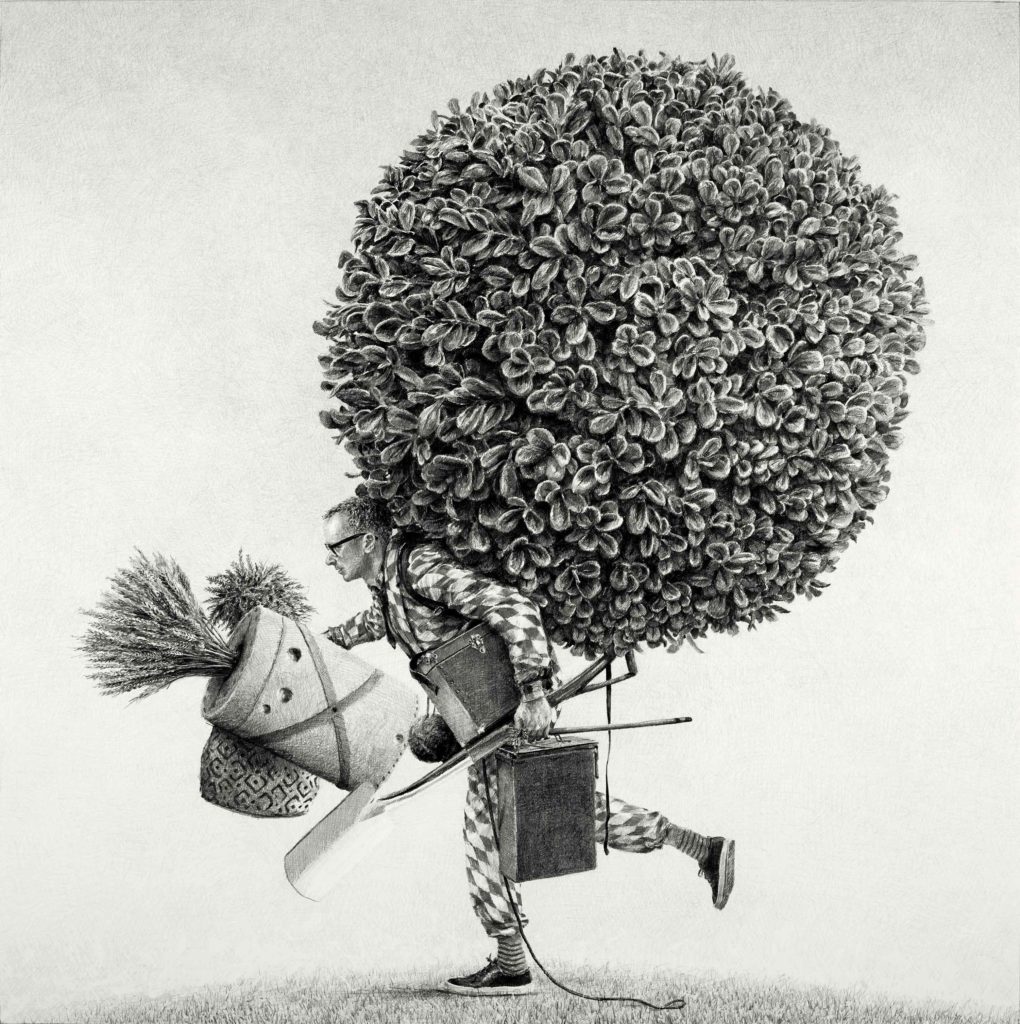 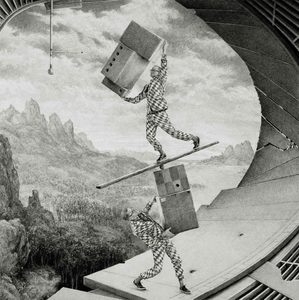 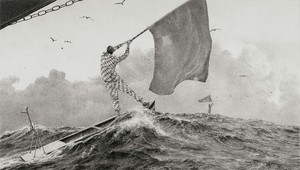 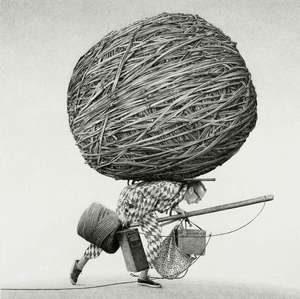 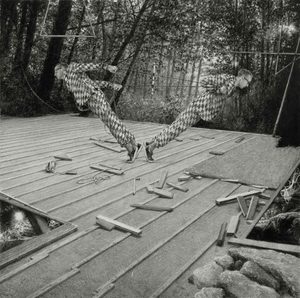 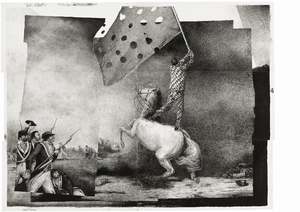 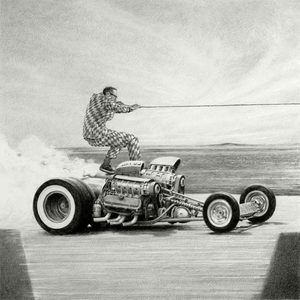 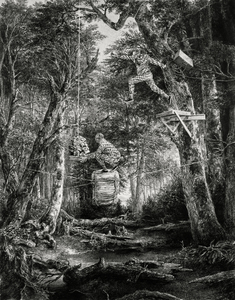 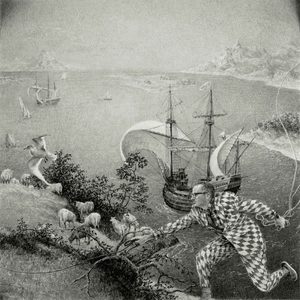 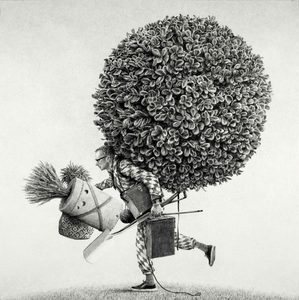