Shin Gallery is pleased to present a solo exhibition of works by Swedish artist Lars Erik Falk. The mini-retrospective aims to explore Falk’s dynamic practice influenced by both the constructive and concrete art movements as a sculptor and painter. A selection of pieces spanning from the late 1940s to early 1980s, examine an important part of the artists’ oeuvre.

Born in Uppsala, Sweden, Lars Erik Falk studied in Stockholm at the Otte Skold in 1944 and at the Isaac Grunewald Painting School in 1945. As a landscape painter in his early career, Falk sought inspiration by Karl Isakson, Cèzanne and the early Cubist’s. It was not until the late 1940s Falk’s fascination with constructivism and concretism became a central focus. “For me it then became natural to apply for the non-figurative art, to create images without a reference function. That art could work with only its own means - color, form, rhythm, movement etc., I experienced as a great freedom.” – Lars Erik Falk

Contemporaries and close companions, Olle Baertling and Eric H. Olson were influential models to the artist, in which their angular approach drove Falk to create works in relation to form and space. Yet, towards the end of the 1950s, Falk found sculpture to be the ultimate form of artistic expression and worked exclusively with objects. The new language evolved in accordance to the change in technique, in which design became dynamic in movement as well as balanced.

Bent steel plate was the medium of choice, a resource heavily utilized for production in Sweden during the 50s and 60s. Falk’s early sculptures were almost entirely created with black paint on steel and aluminum. It was not until later, color made its entry into the artists’ practice as a result of his attraction to lacquer, which unlike other colors, retained its sound and pigment when completed. Red, orange, blue, green, gray and black were the six colors utilized by Falk.

During the 1970s, Falk’s sculptures began to articulate a strong personal identity through the use of mathematical calculation and geometric abstraction. It was at this time Falk’s fascination with the 73-degree angle overtook his practice. Always an alluding motif in his work, Falk fully committed to the 73-degree concept when working on a group exhibition. Upon installation his sculpture broke against the vertical-horizontal in the architecture of the room, which visually showed a diagonal that was neither static nor falling. This balance, about 73-degrees, gave Falk a new perspective for possibilities of variation in rhythm, balance and dynamics.

For Falk, the fixed angle was the exact position of transition between rest and dynamic movement, or as the point where equilibrium ends. Away from the static 90-degree sculpture, the 73-degree alternative points to an almost risky slope, thus inducing a desire for movement. Dialogue between balance and structure demonstrated visible simplification that acted to be a novel approach in his practice.

Towards the early 1980s, Falk’s newfound perspective garnered European attention where he held exhibitions throughout Sweden. Falk was later represented at the Modern Museum in Stockholm, Sweden National Museum in Stockholm, Musée de Grenoble and several other Swedish museums. In addition to the Nordic countries, Falk exhibited in France, Holland, Japan, Germany, and Switzerland.

Installation view of Degrees to Slope 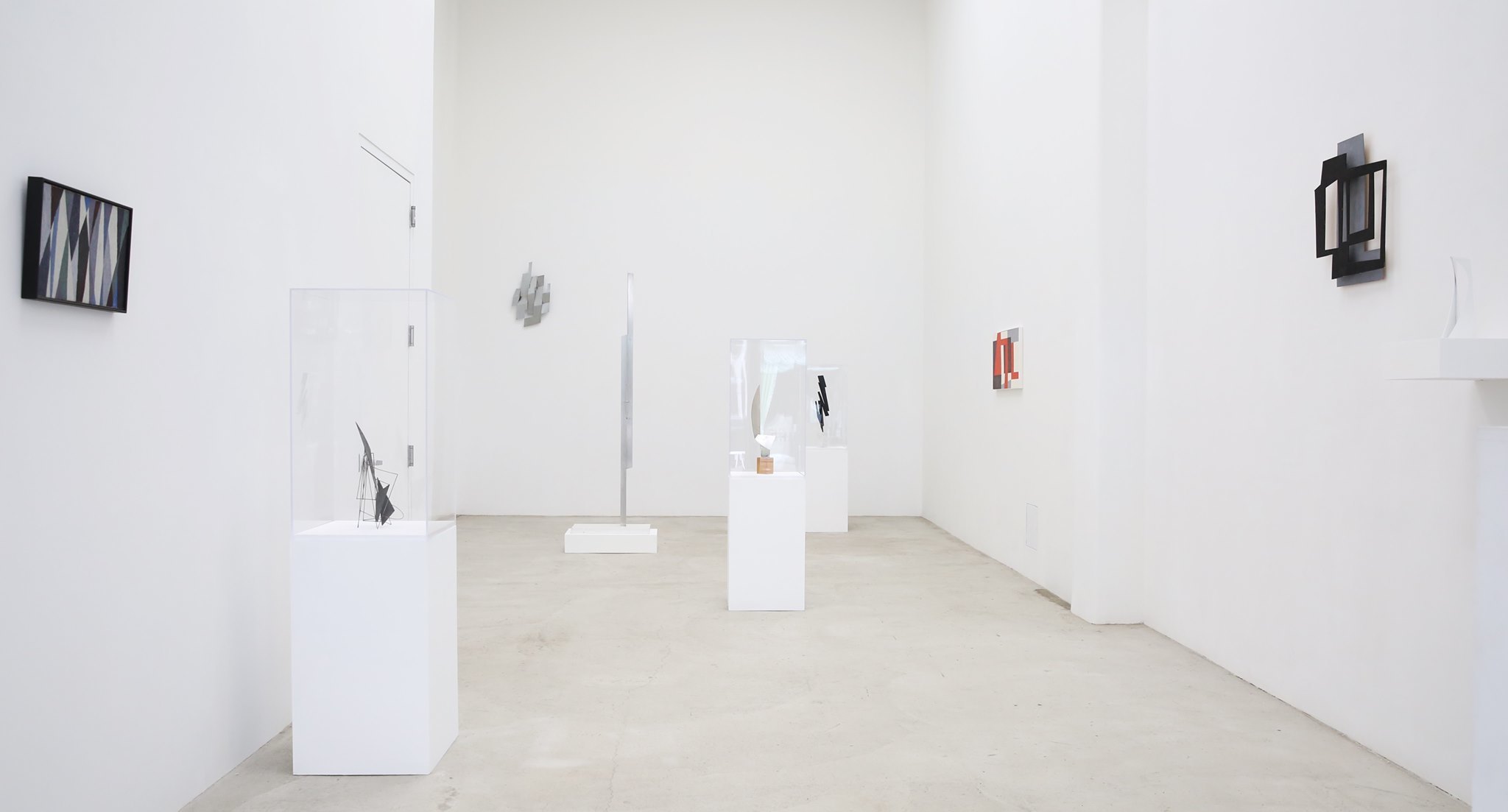 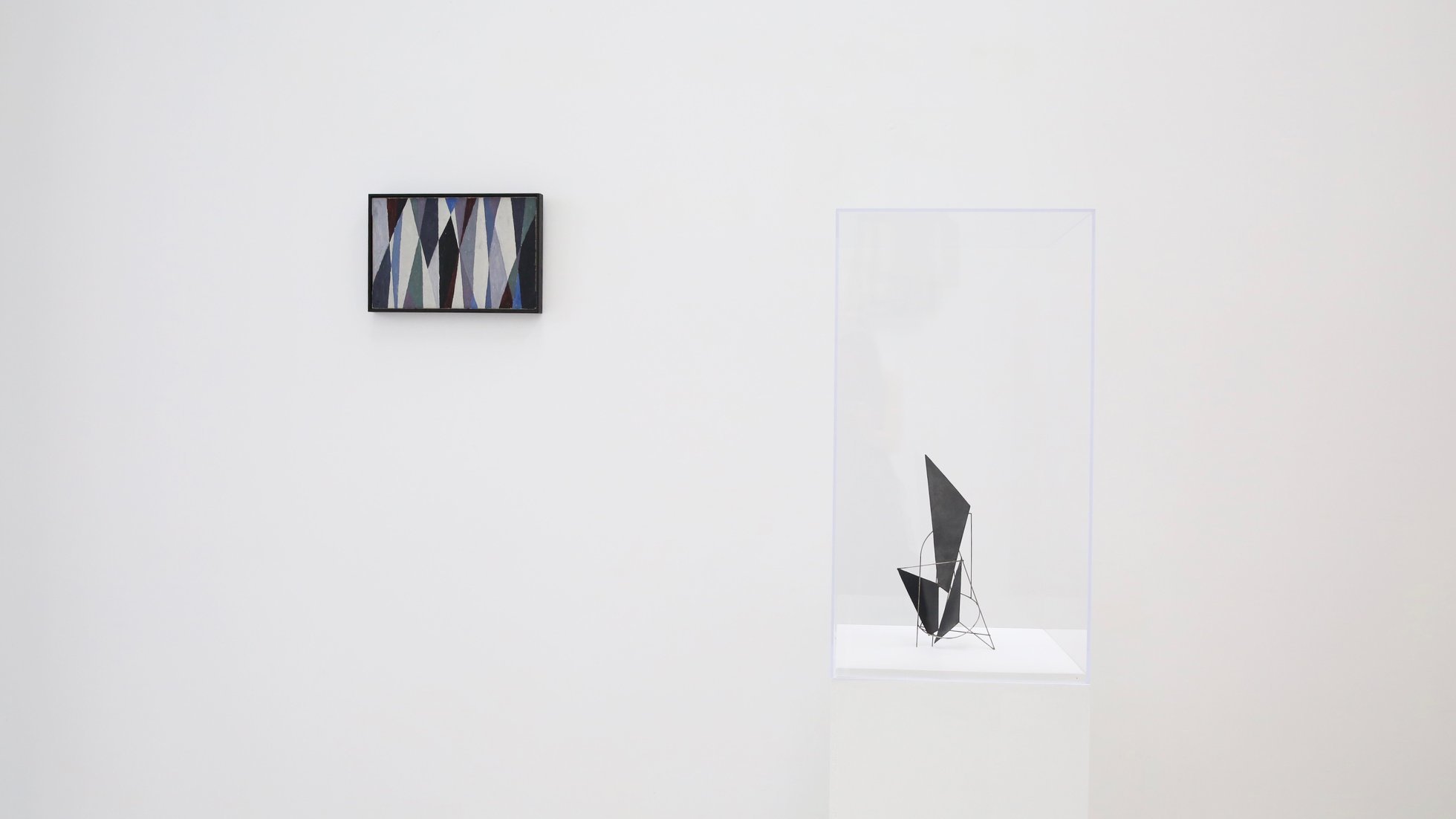 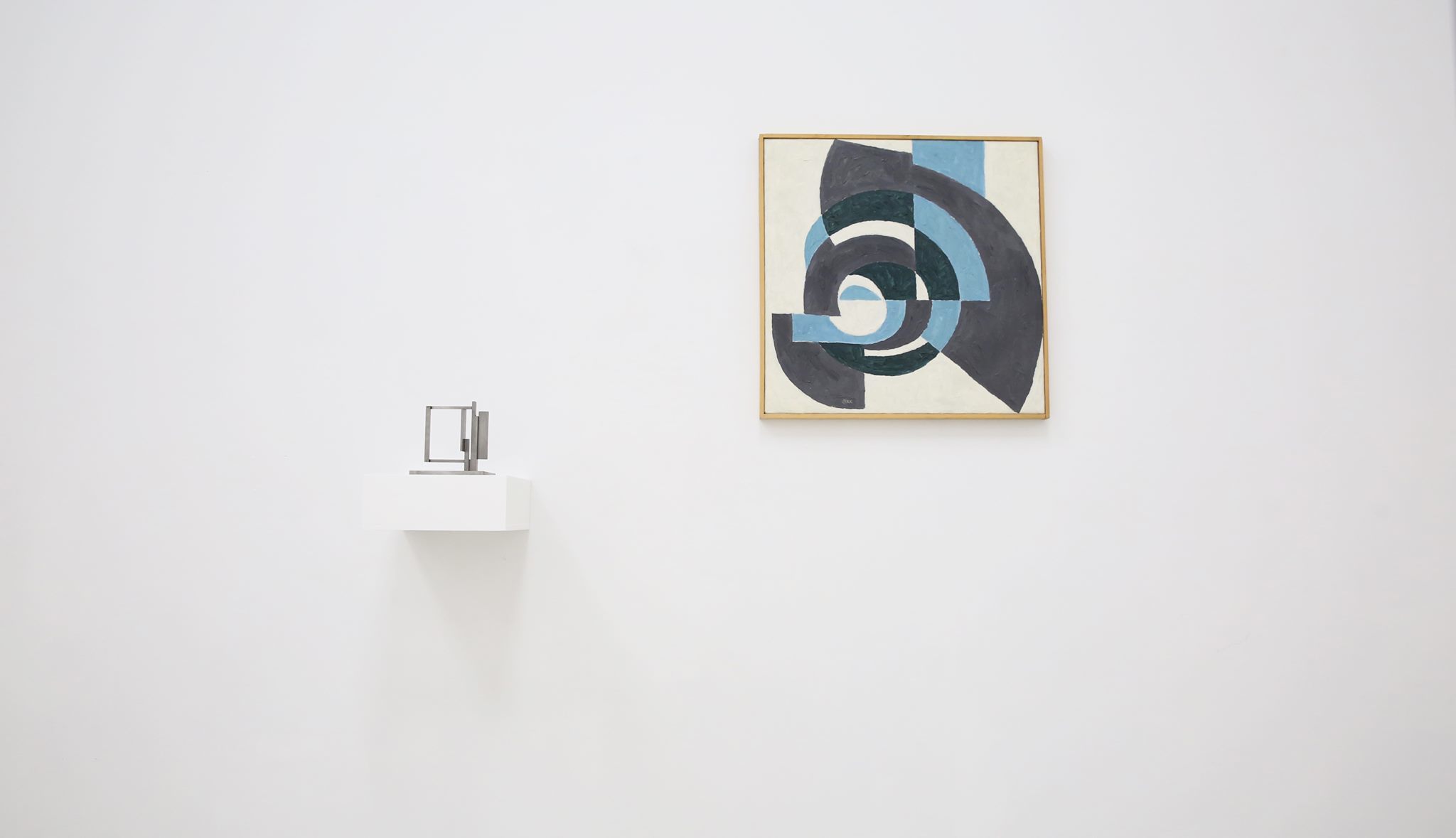 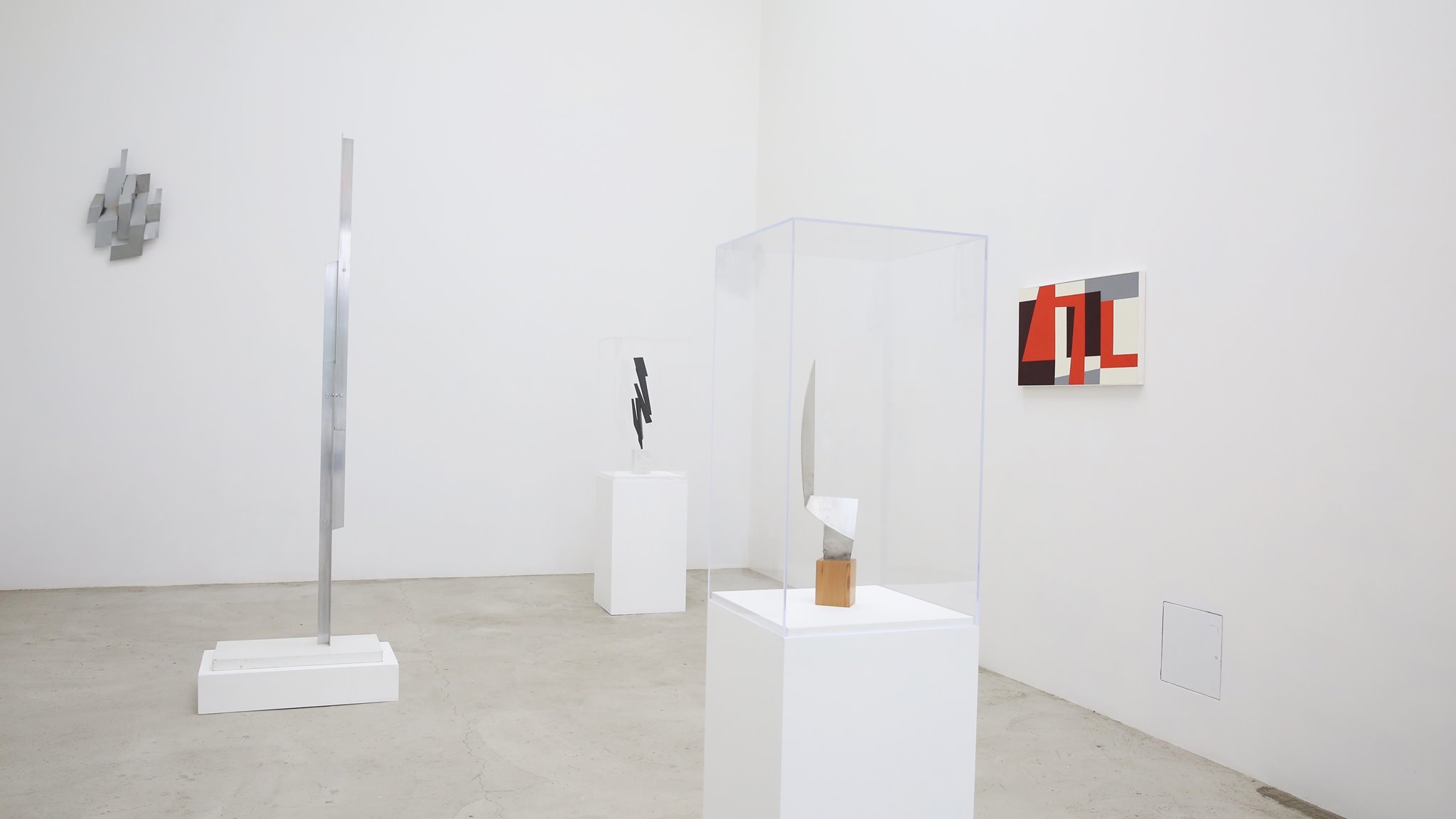 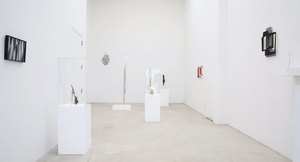 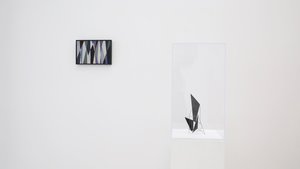 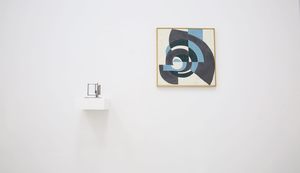 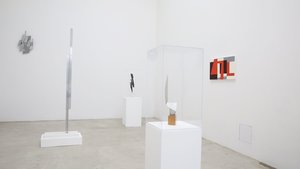 Installation view of Degrees to Slope 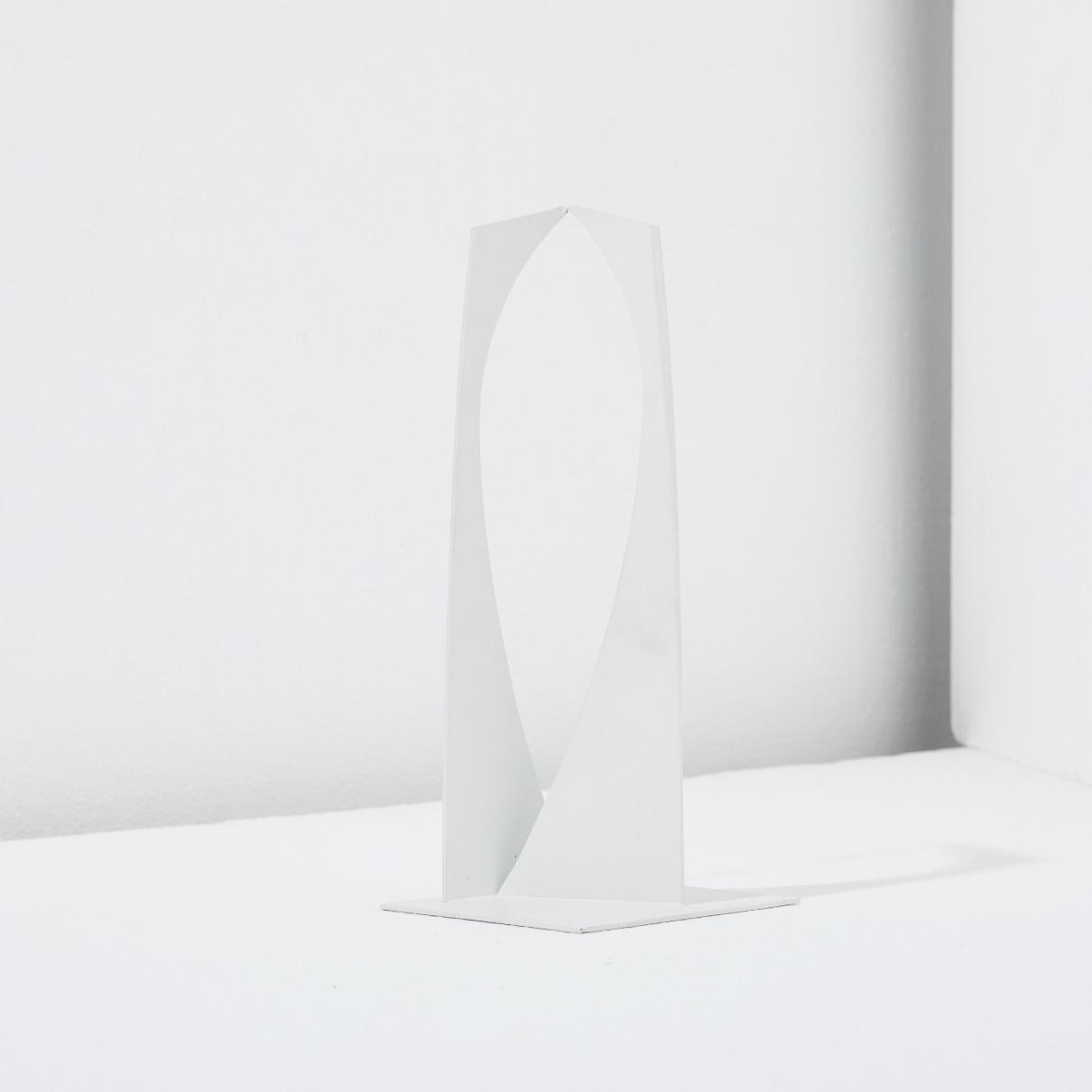 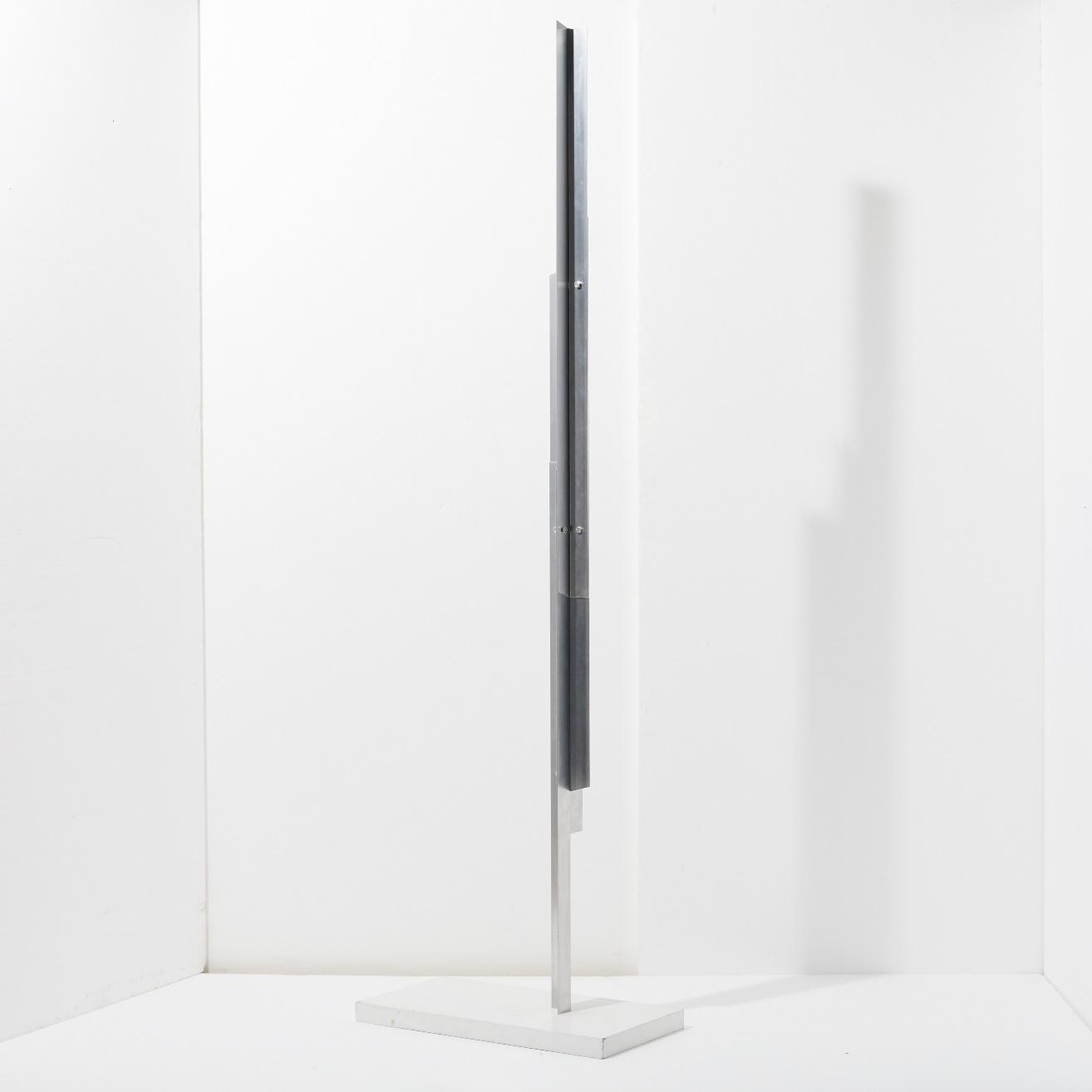 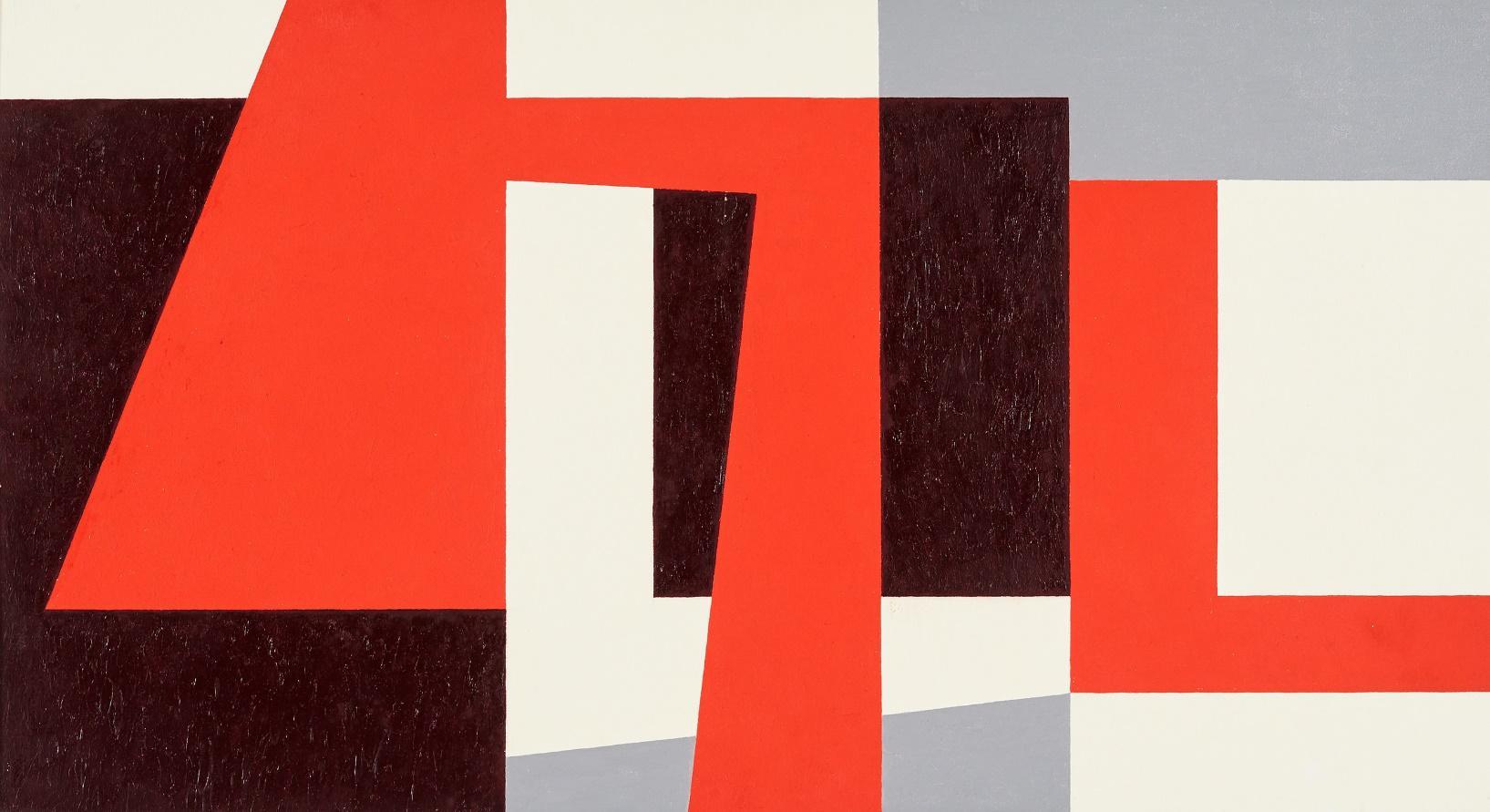 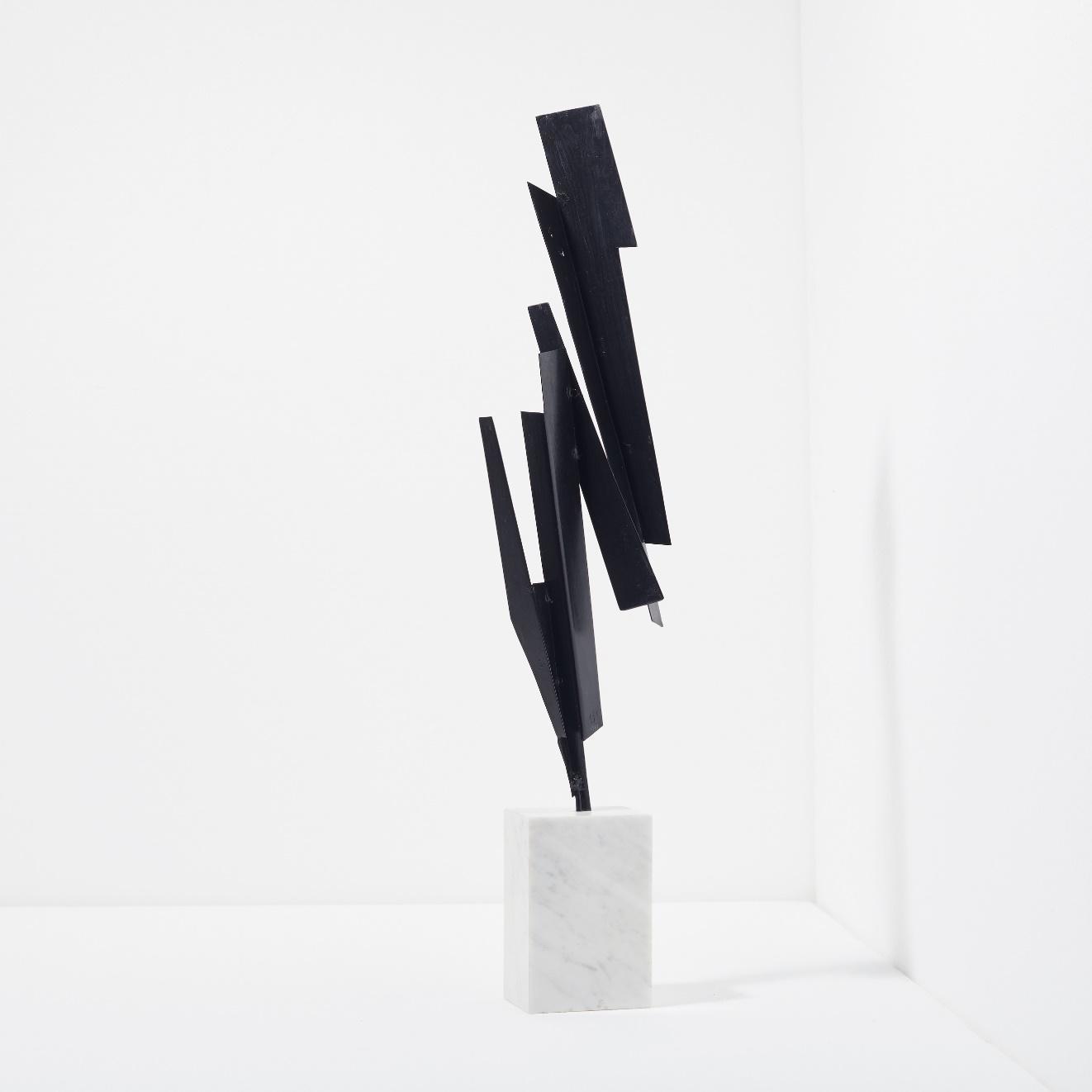 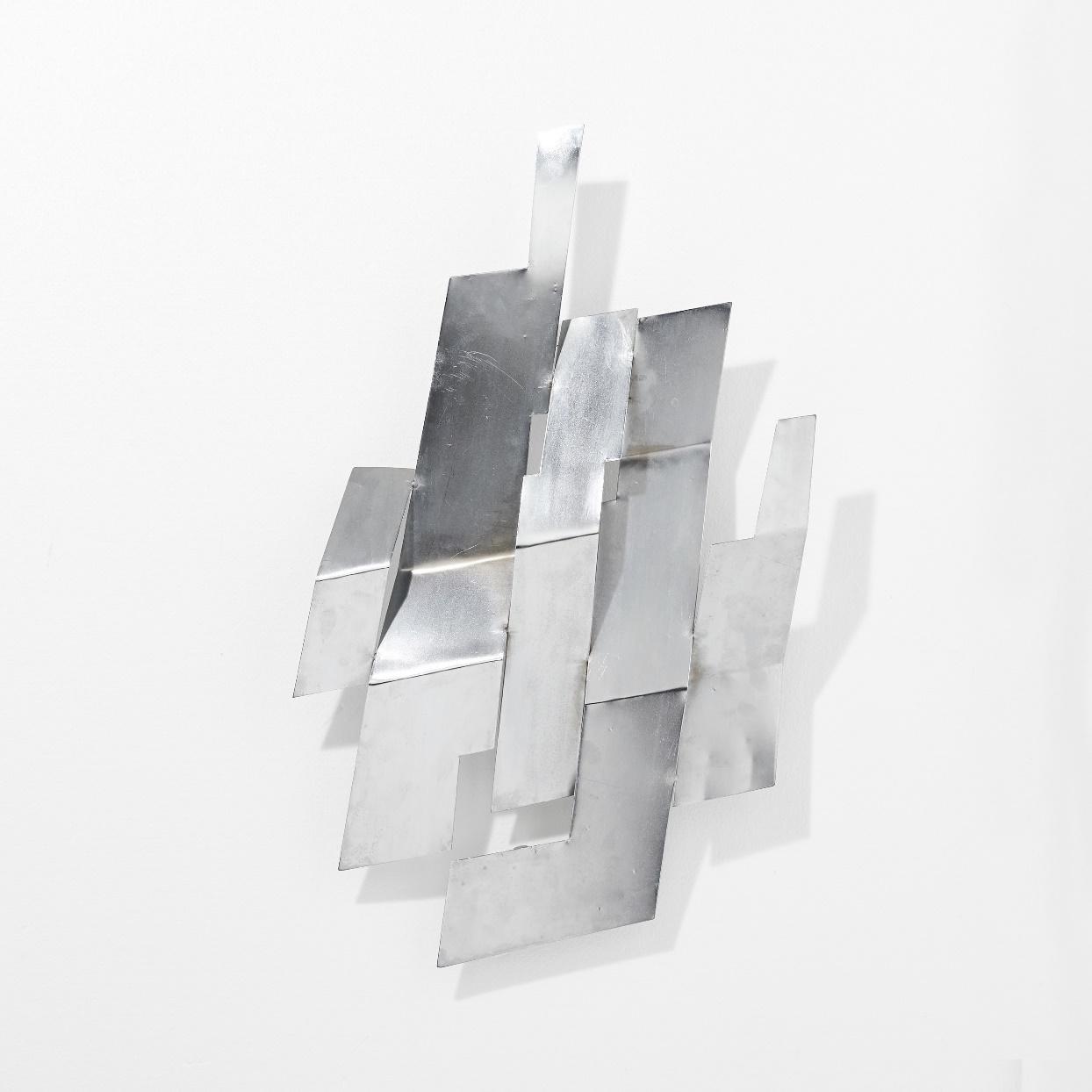 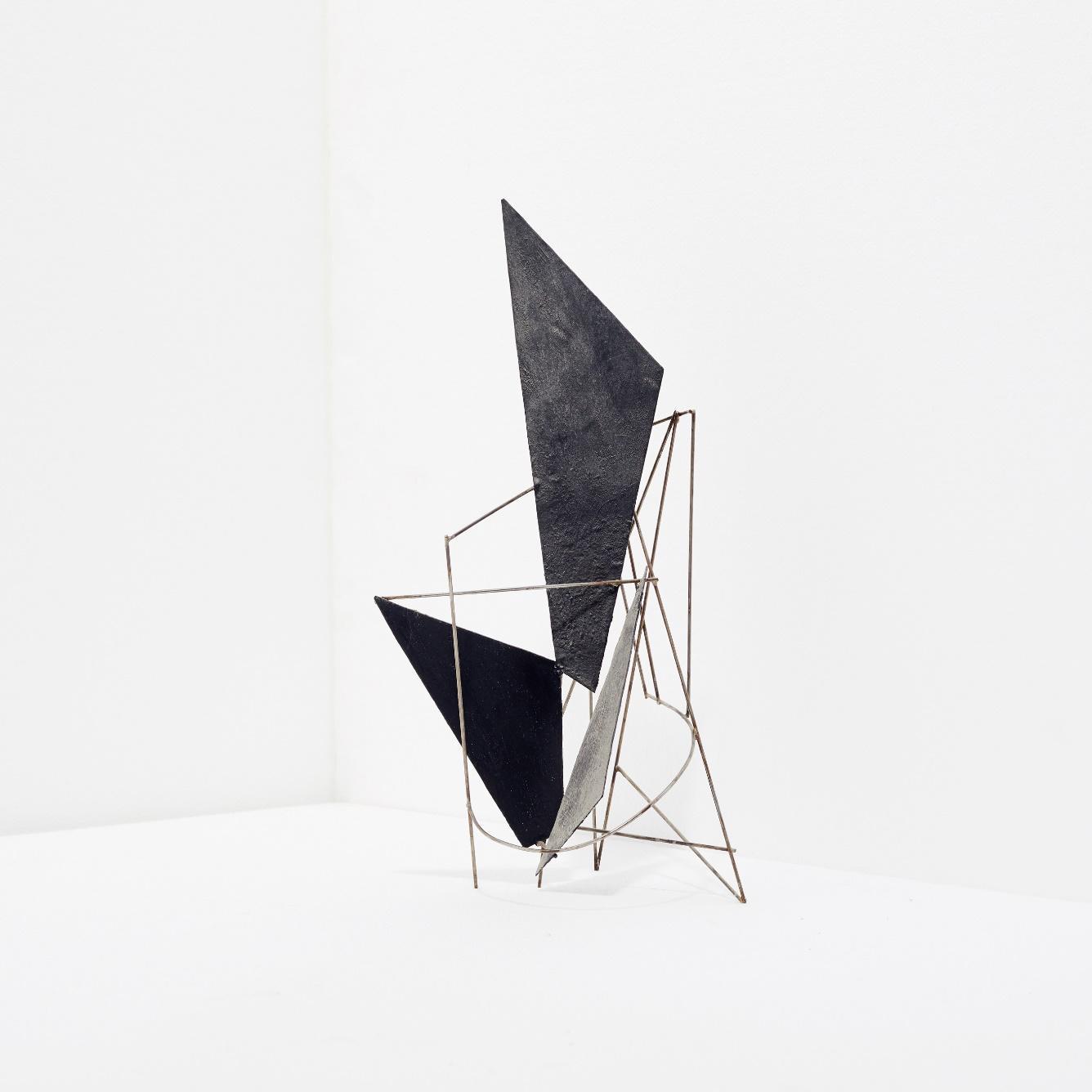 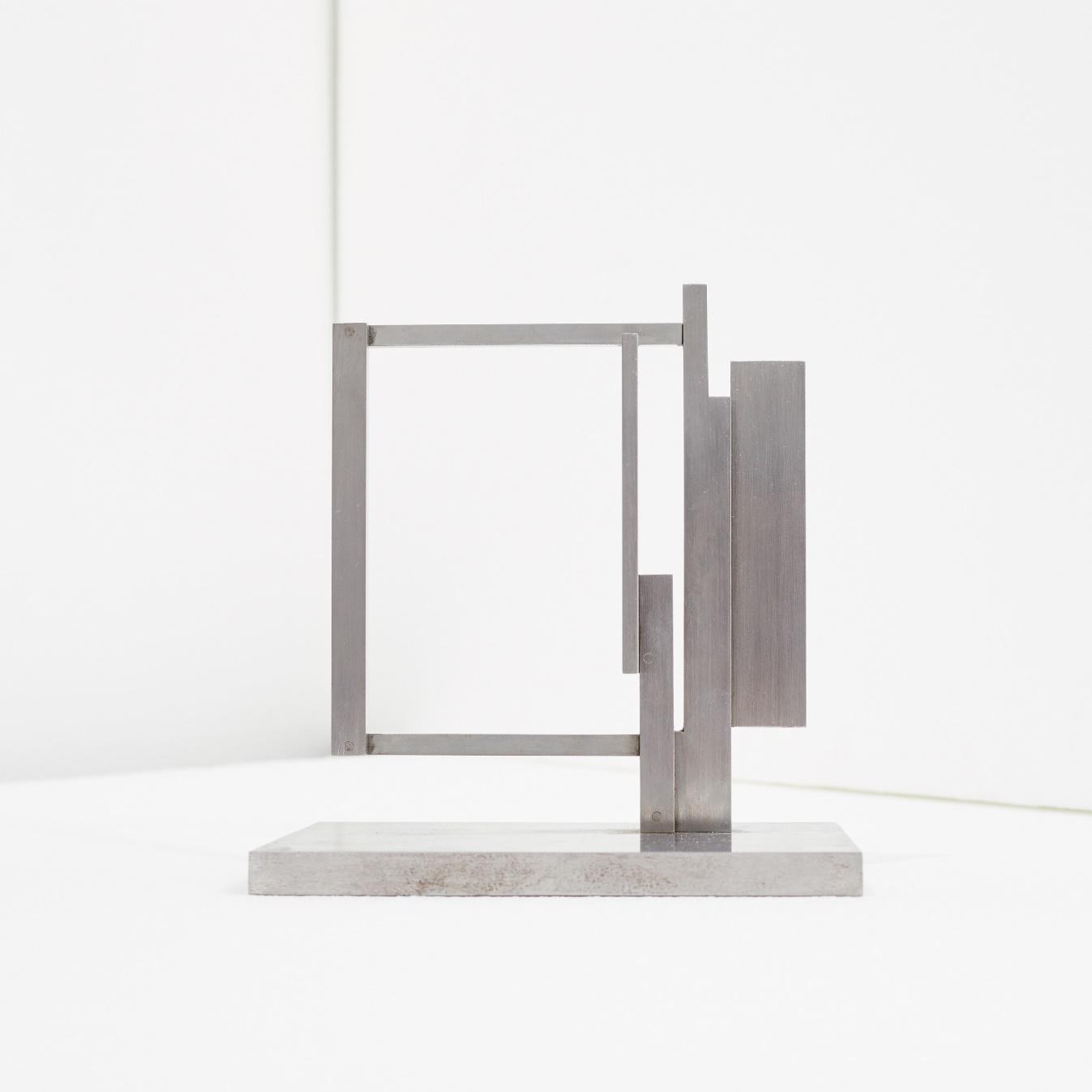 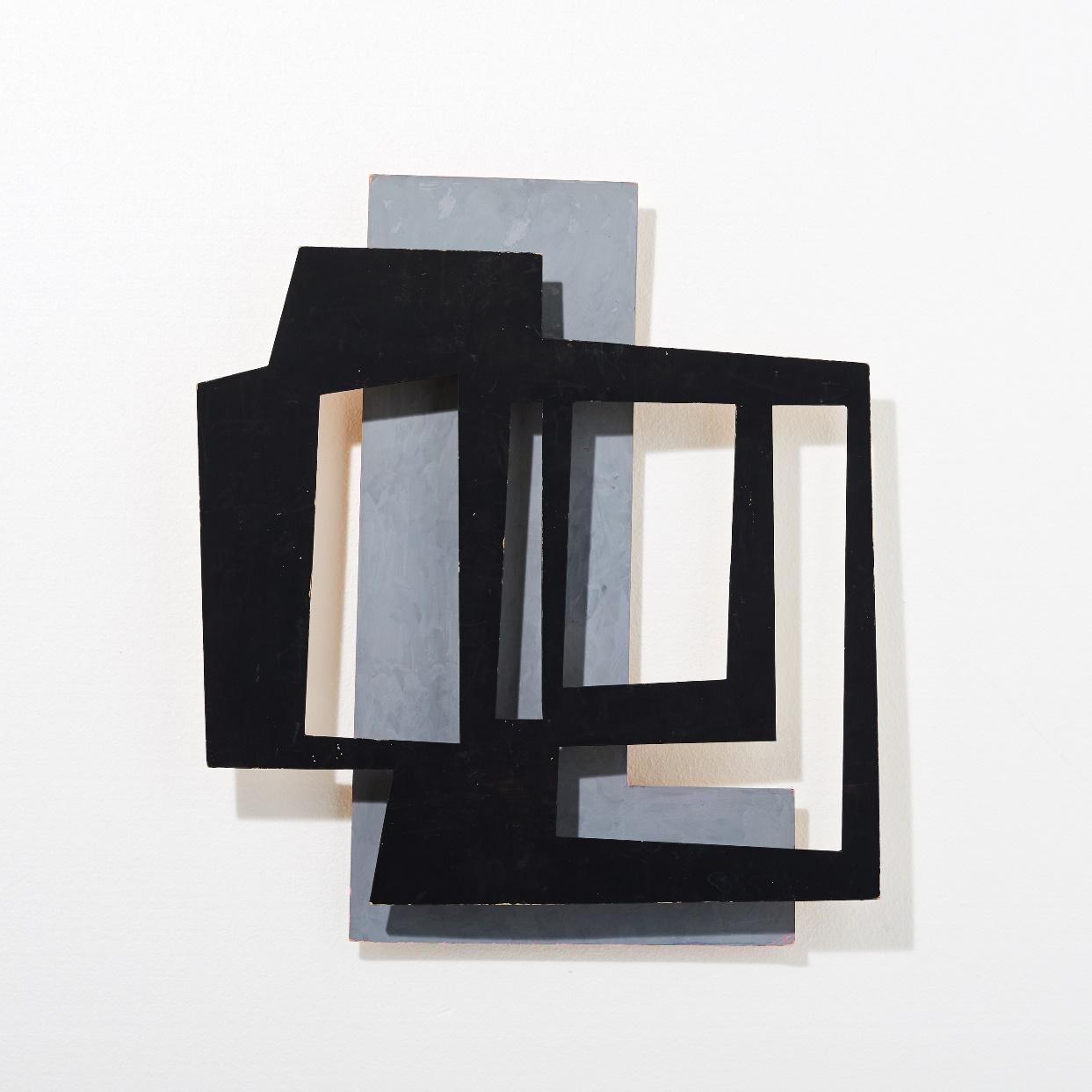 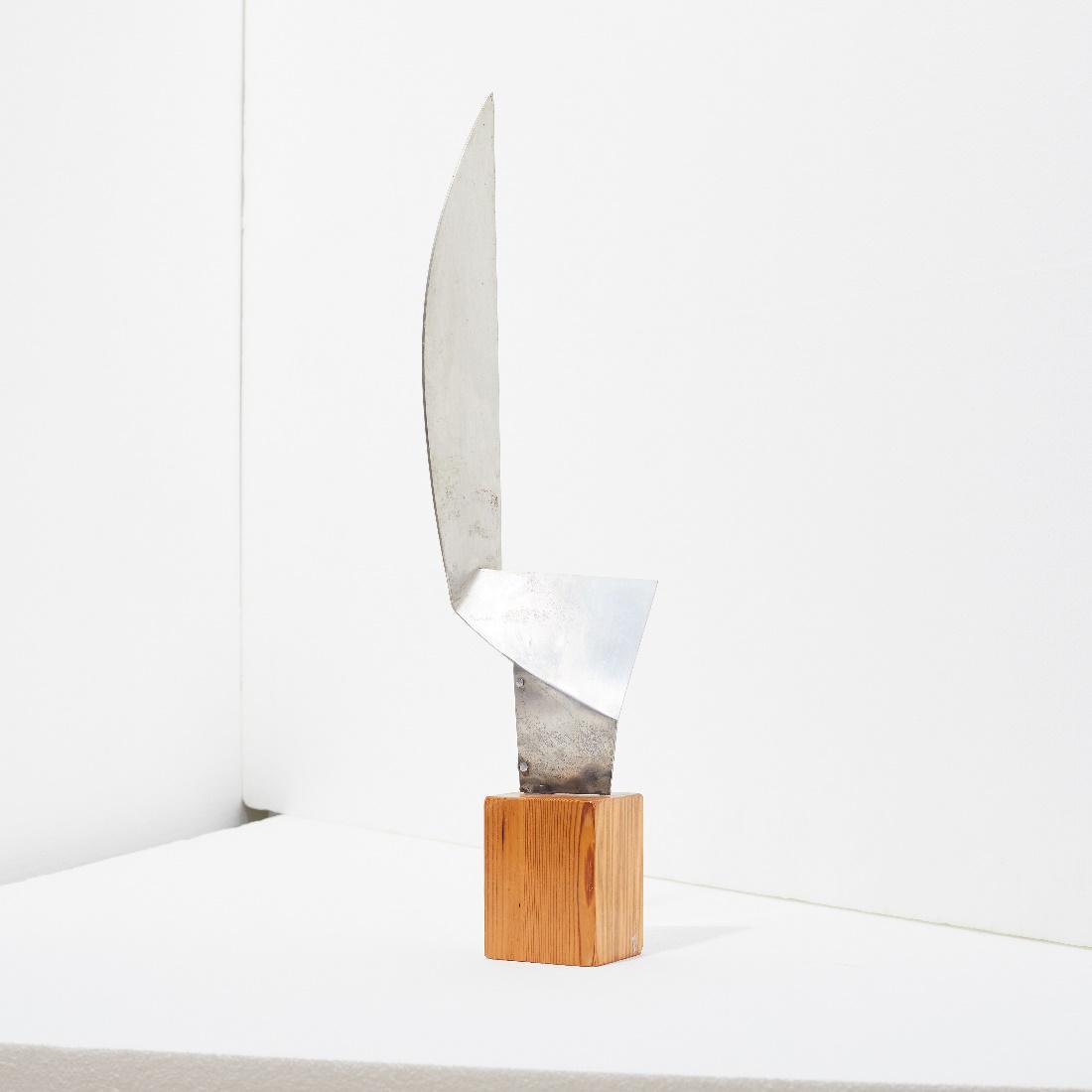 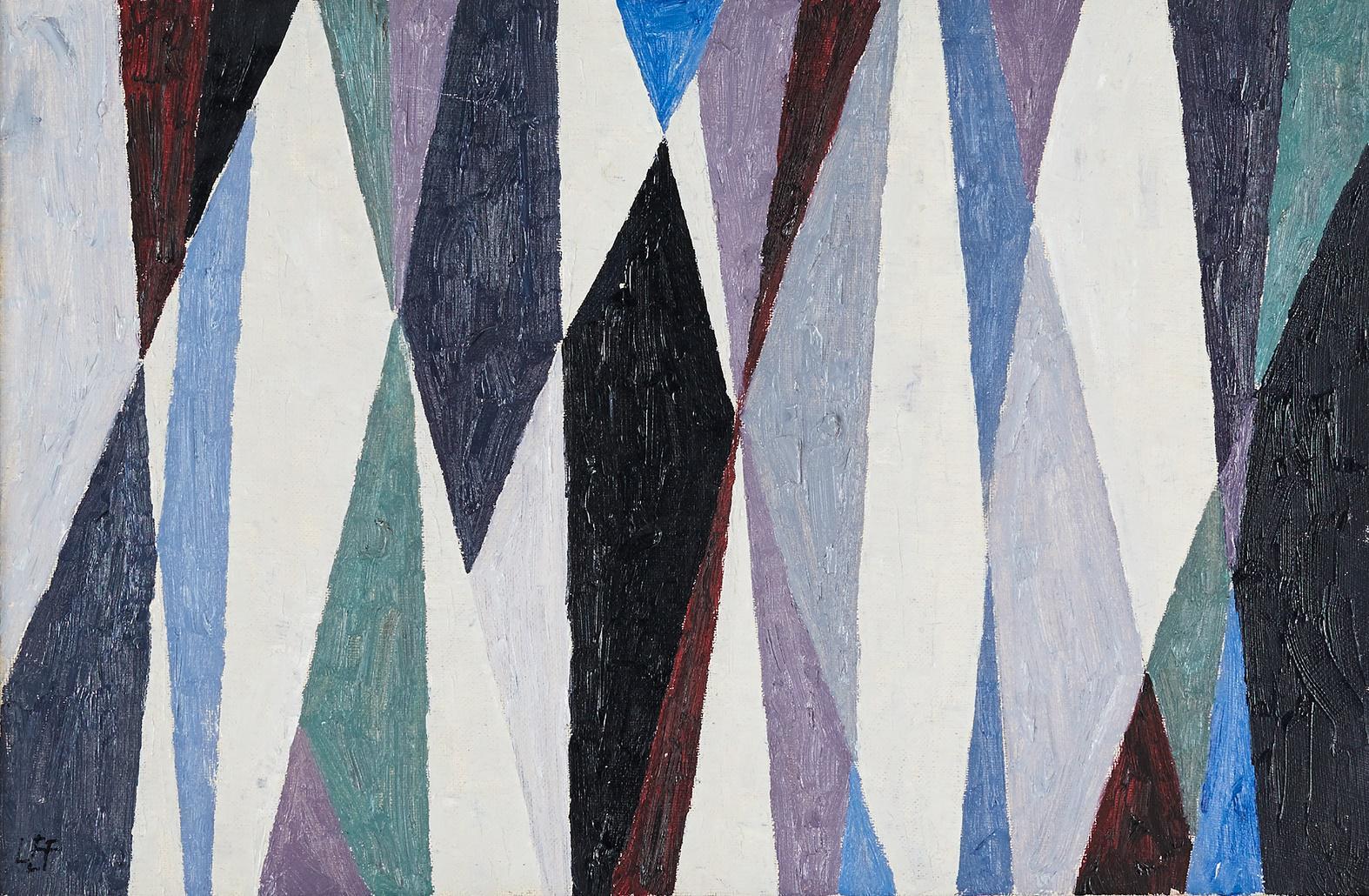 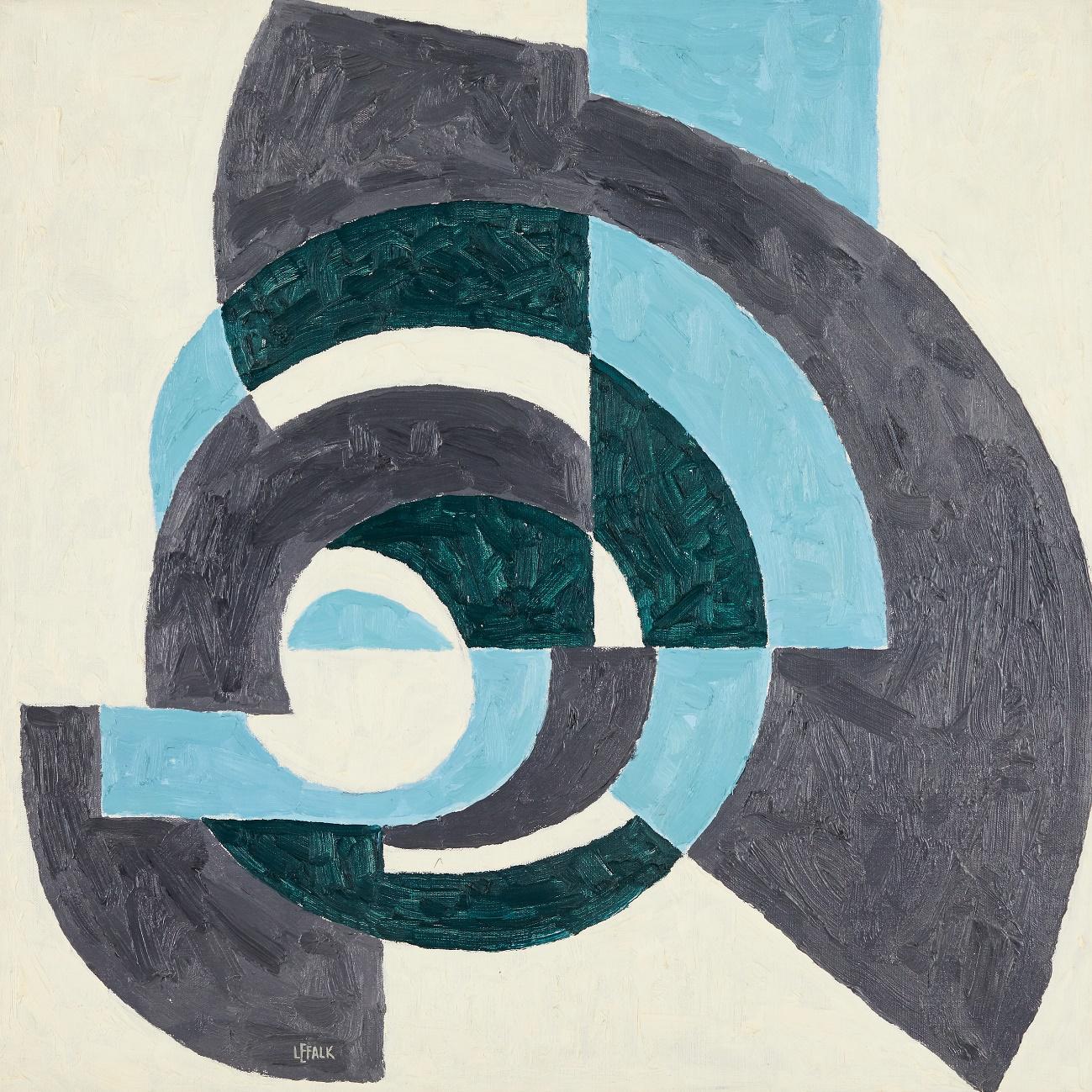 Aluminum profiles on painted wooden board

Signed and dated Falk 1985.
Courtesy of the artist and Shin Gallery, New York

Signed and dated LE Falk 1955-83 a verso.
Courtesy of the artist and Shin Gallery, New York

Stained steel on marble base

Signed and dated LEF 1967.
Courtesy of the artist and Shin Gallery, New York

Steel on wooden base

Signed LEF and signed and dated LE Falk 1949 a verso.
Courtesy of the artist and Shin Gallery, New York 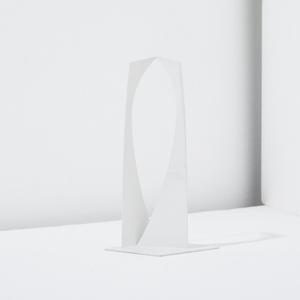 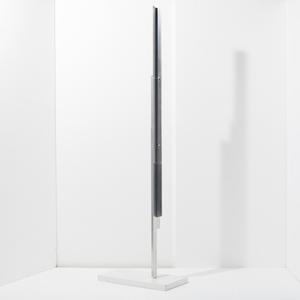 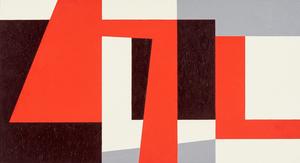 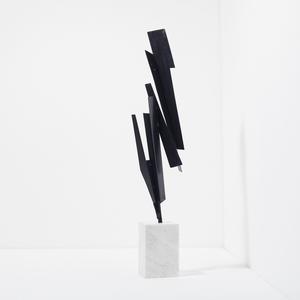 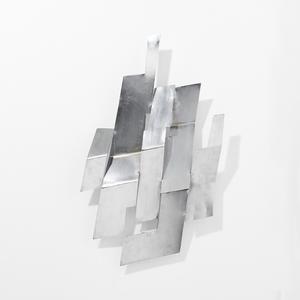 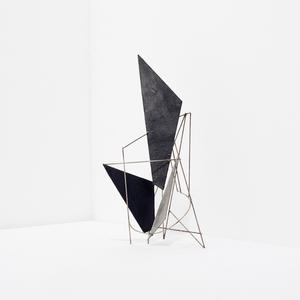 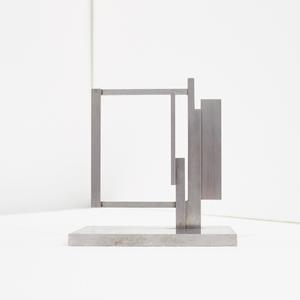 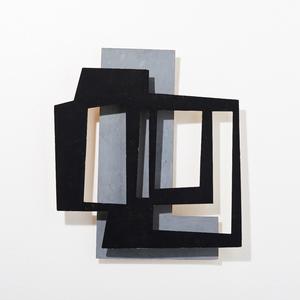 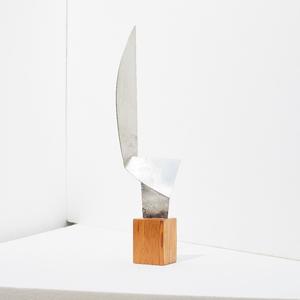 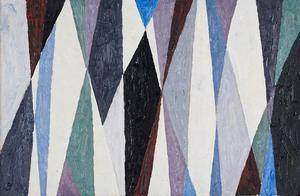 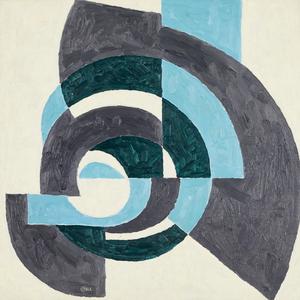