SHIN GALLERY is pleased to present a solo exhibition of paintings by Korean artist, Keunmin Lee. Conceptually related to earlier works with regards to depictions of his mental health, Keunmin Lee invites audiences into the most private realm of his psyche. The viewer an interloper of Lee’s hallucinations- witnesses a reality that forces them to think outside of their own. Through weaving in personal experiences from the depths of his mind, Lee’s art serves as an archive for the most honest expressions of his mental trauma.

Since the beginning of his artistic career and mental health diagnosis, Lee has recorded his encounters with hallucinatory figures. Although he has now gained respite from these experiences; the poignancy of his visions were so captivating that Lee felt motivated to continue reproducing the images he witnessed. Through artistic refining, Lee provides an accessible route for viewers to follow; the crux of an experience that neuro-typically can neither be seen or understood.

Lee’s works flow from mind to canvas without plan or design prior to the piece’s creation, producing a vast inferno of entangled flesh and phantasmagorical gestures. The young artist’s paintings exude emotional intensity in both the concept and the aesthetic. In the exhibition, Lee chooses to work on a monumental scale, engulfing the viewer into his introspective contemplations. Given the scale, the art demands to be seen whilst the content demands to be felt. Lee’s concepts give density even with the thin painterly strokes that cover the canvas like a haze.

The painterly execution creates a fluidity that emphasizes the brevity of the palette; its gestural nature mirrors the artist’s movements showing the unification of both mind and body. With emphasis on spontaneity and sensuality Lee’s work is evocative of Mannerist and Baroque painters, such as Jacopo Comin Tintoretto and Peter Paul Rubens. Through the use of confident and intuitive brushstrokes, Lee reveals similarities between his creations and the masters before him.

Inverse to his earlier works of darker color palettes, the exhibition highlights lighter tones of yellow and pink that give a luminescent effect. The figurative-like forms that had occupied Lee’s earlier works are no longer dominant here; instead, the swiftly rendered brushstrokes add presence to the paintings. Still, the artist continues his infatuation with bodily forms in his new visceral series that aids the assimilation of the diabolic inside of him and- through the expression of his brush to canvas- makes his hallucinations universally tangible.

Keunmin Lee is based in Seoul, Korea and received his B.F.A. from Seoul National University in 2007. Lee has exhibited in solo and group shows including, Omakase, Shin Gallery, New York, U.S.A, 2018; Contemporary Figurative Painting, Cian Art Museum, Daegu, S. Korea, 2017; Ugly as Art, Seoul National University Museum of Art, Seoul, S. Korea, 2017; Do I Wake or Do I Sleep, Shin Gallery, New York, U.S.A., 2016; All the Windows to the World, Blume Museum of Contemporary Art, Paju, S. Korea, 2015. Lee is in the Colección Solo, Madrid, Spain.

Installation view of Redefining the Undefined 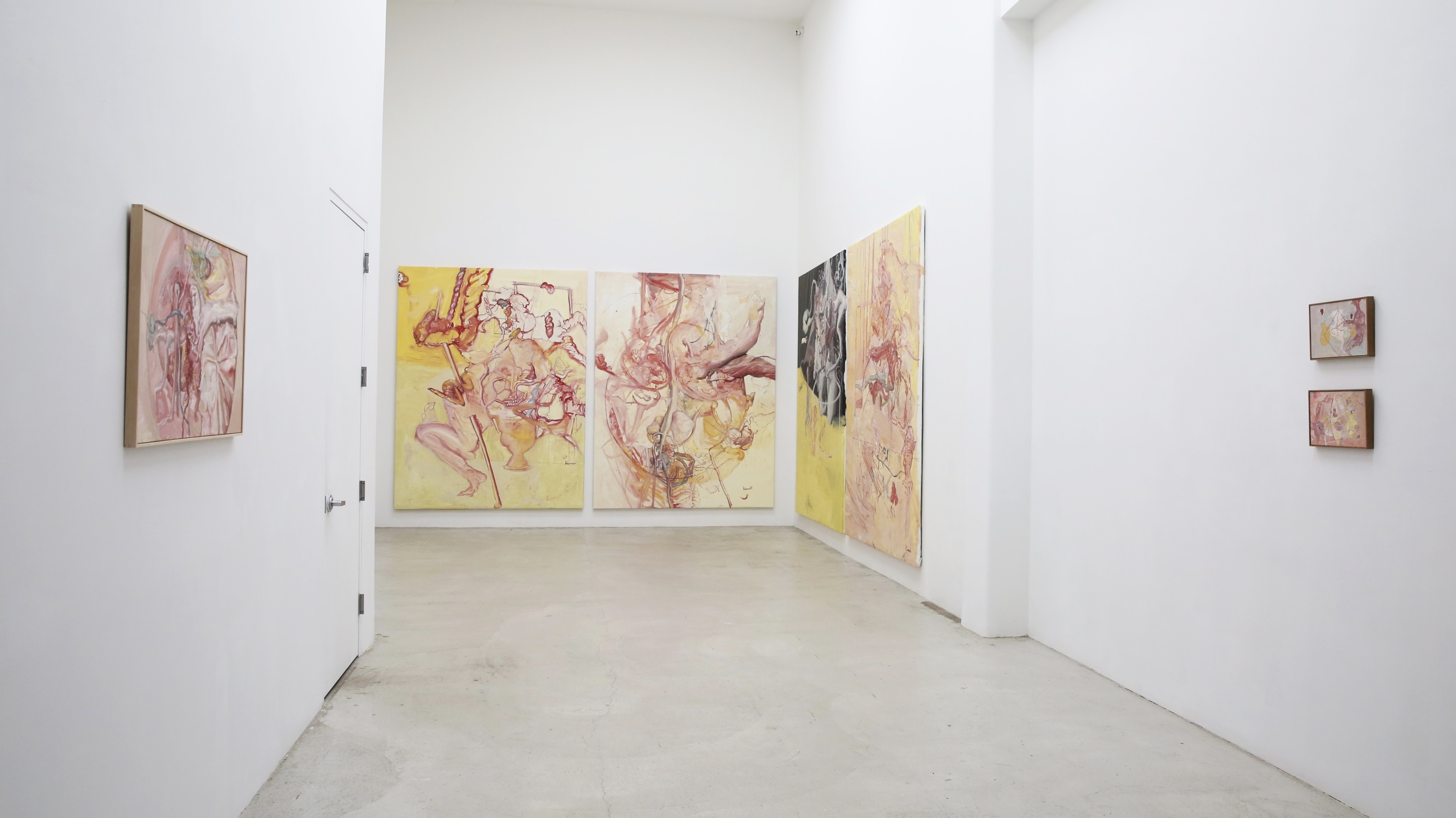 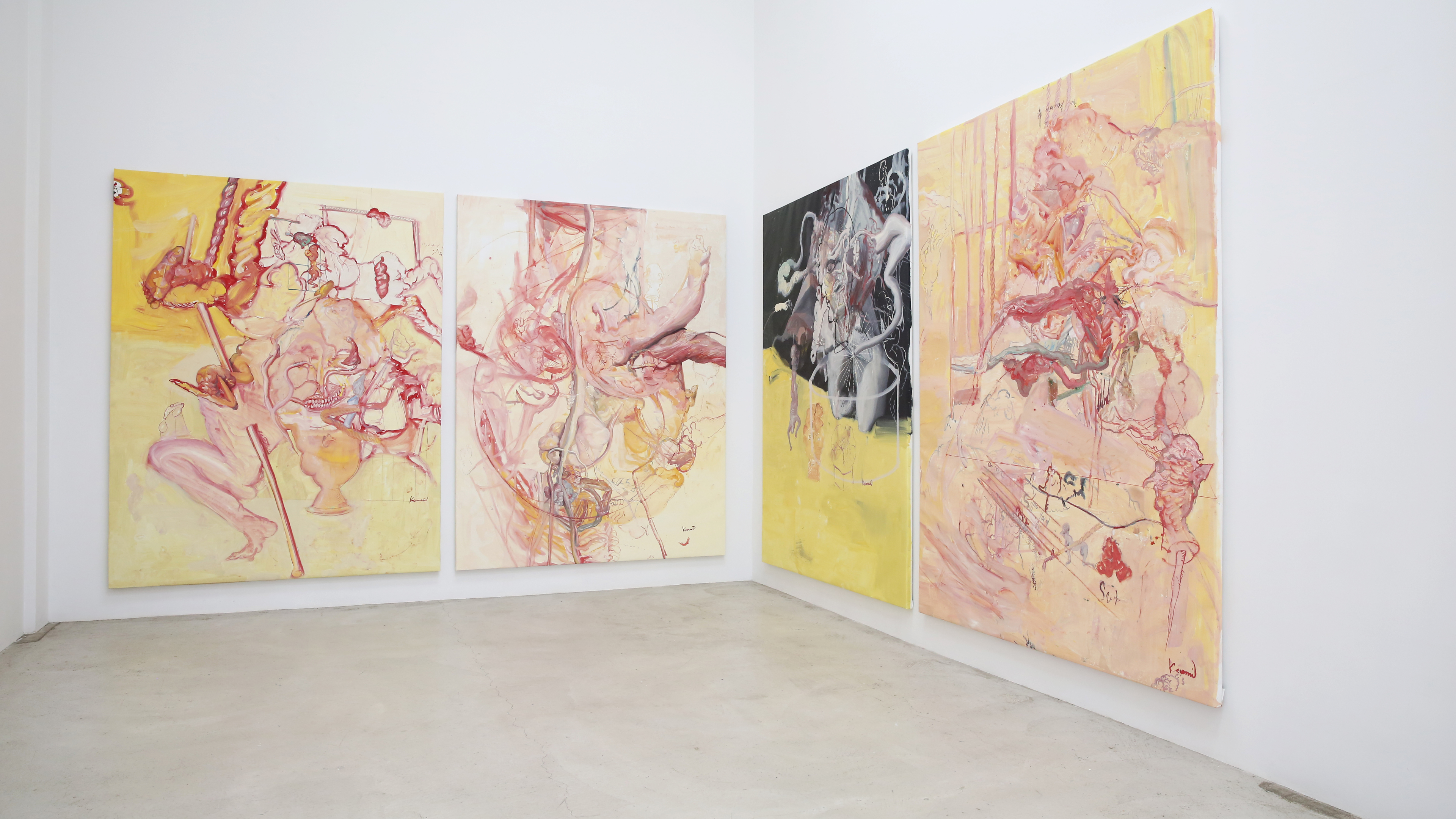 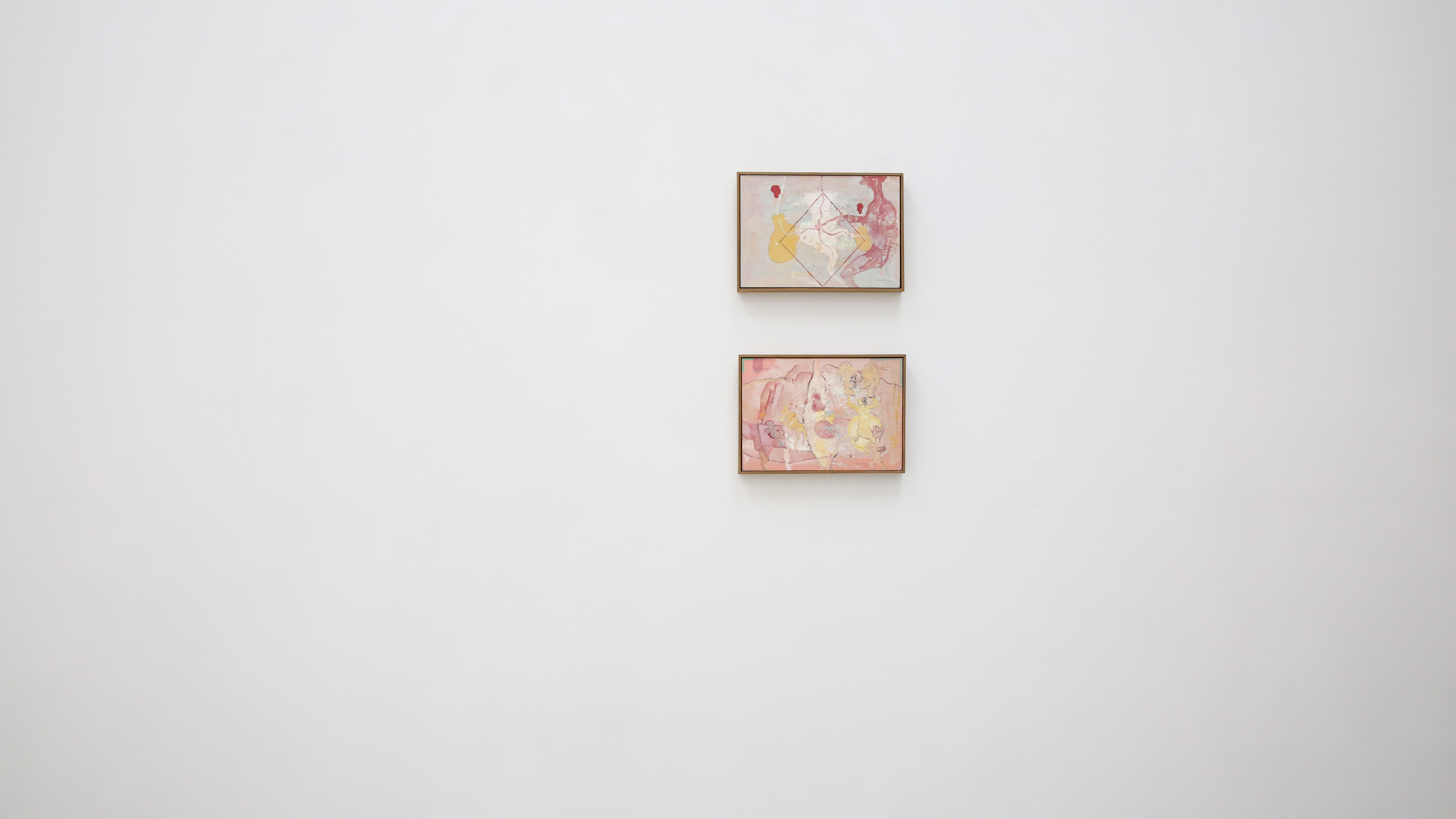 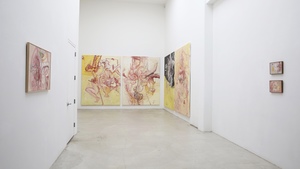 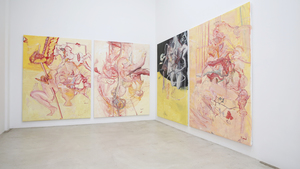 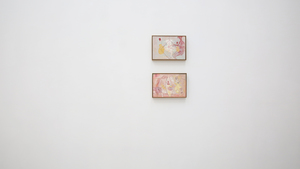 Installation view of Redefining the Undefined 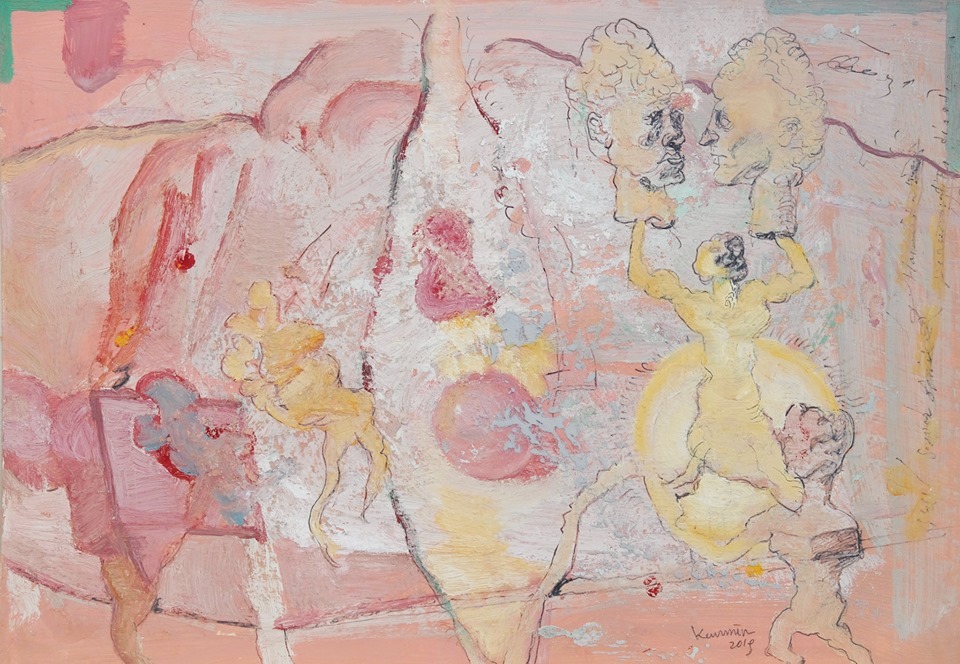 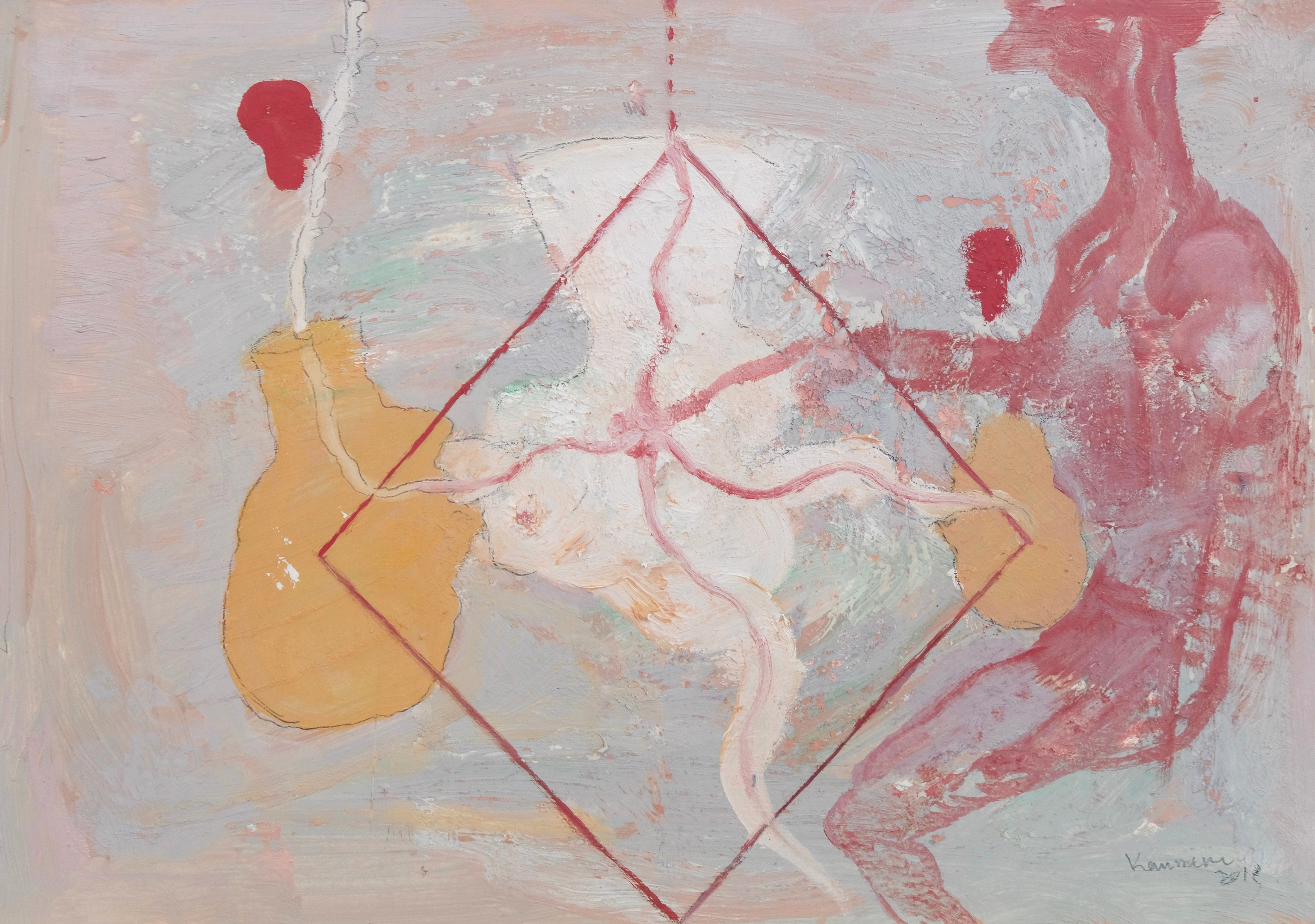 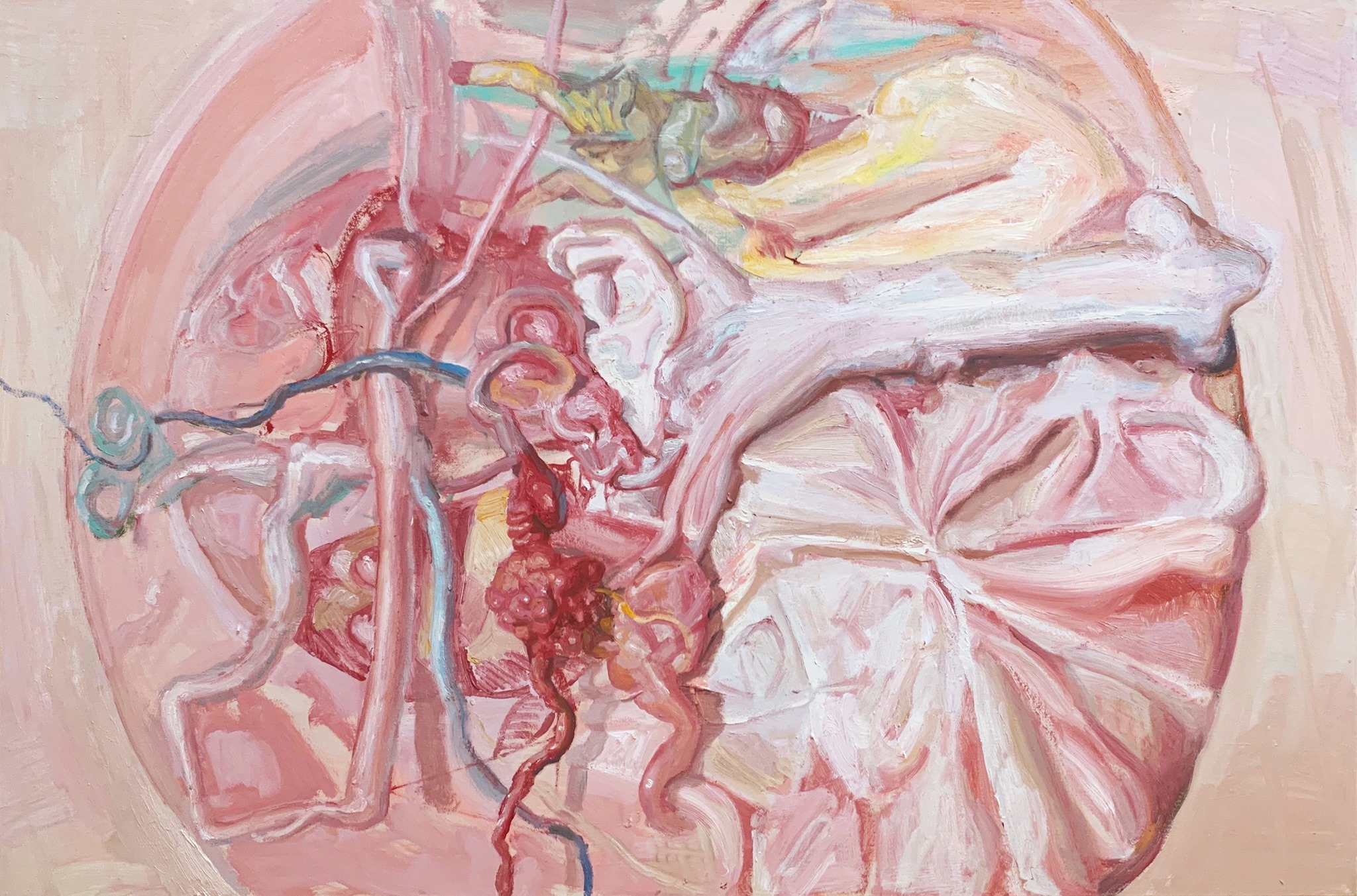 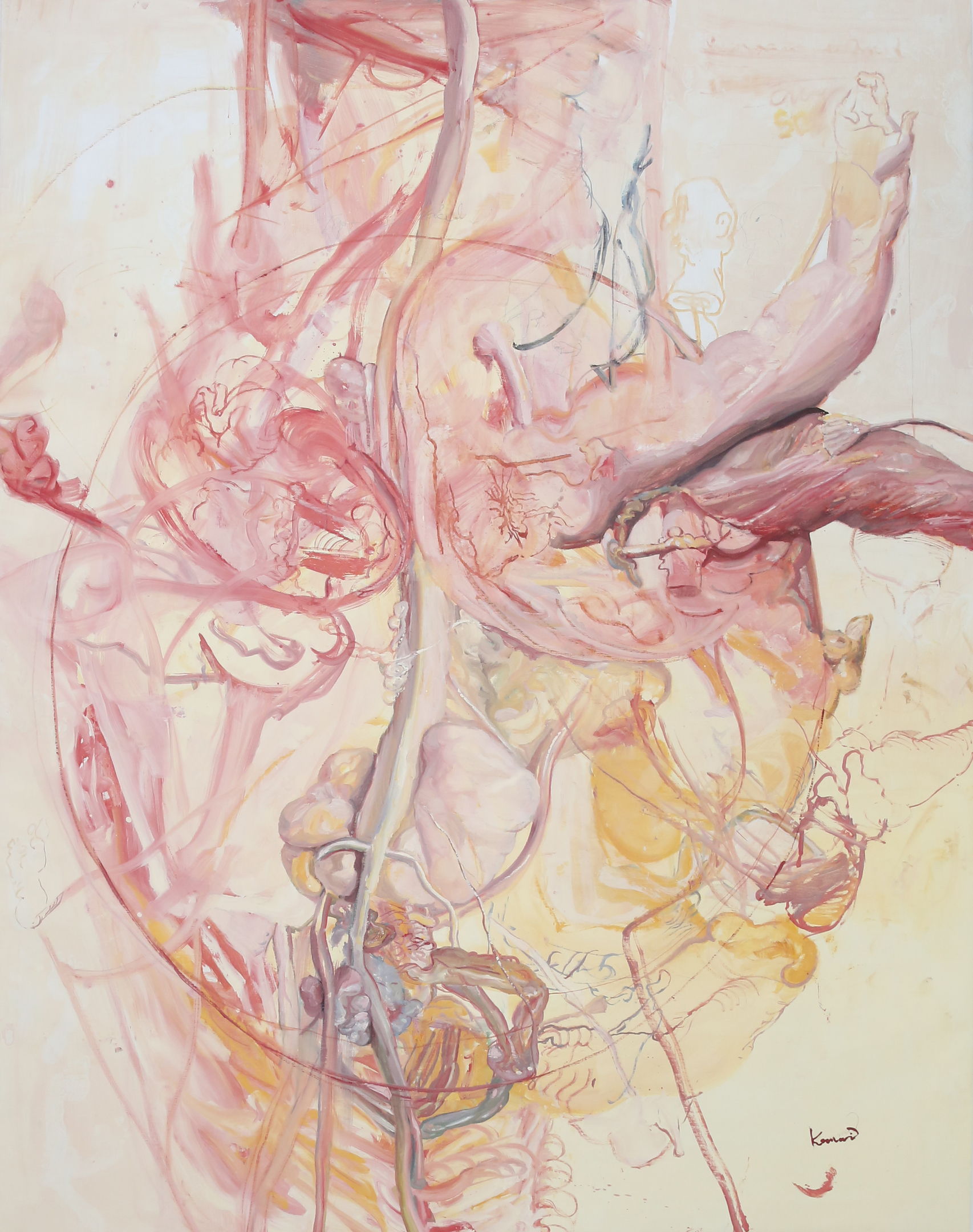 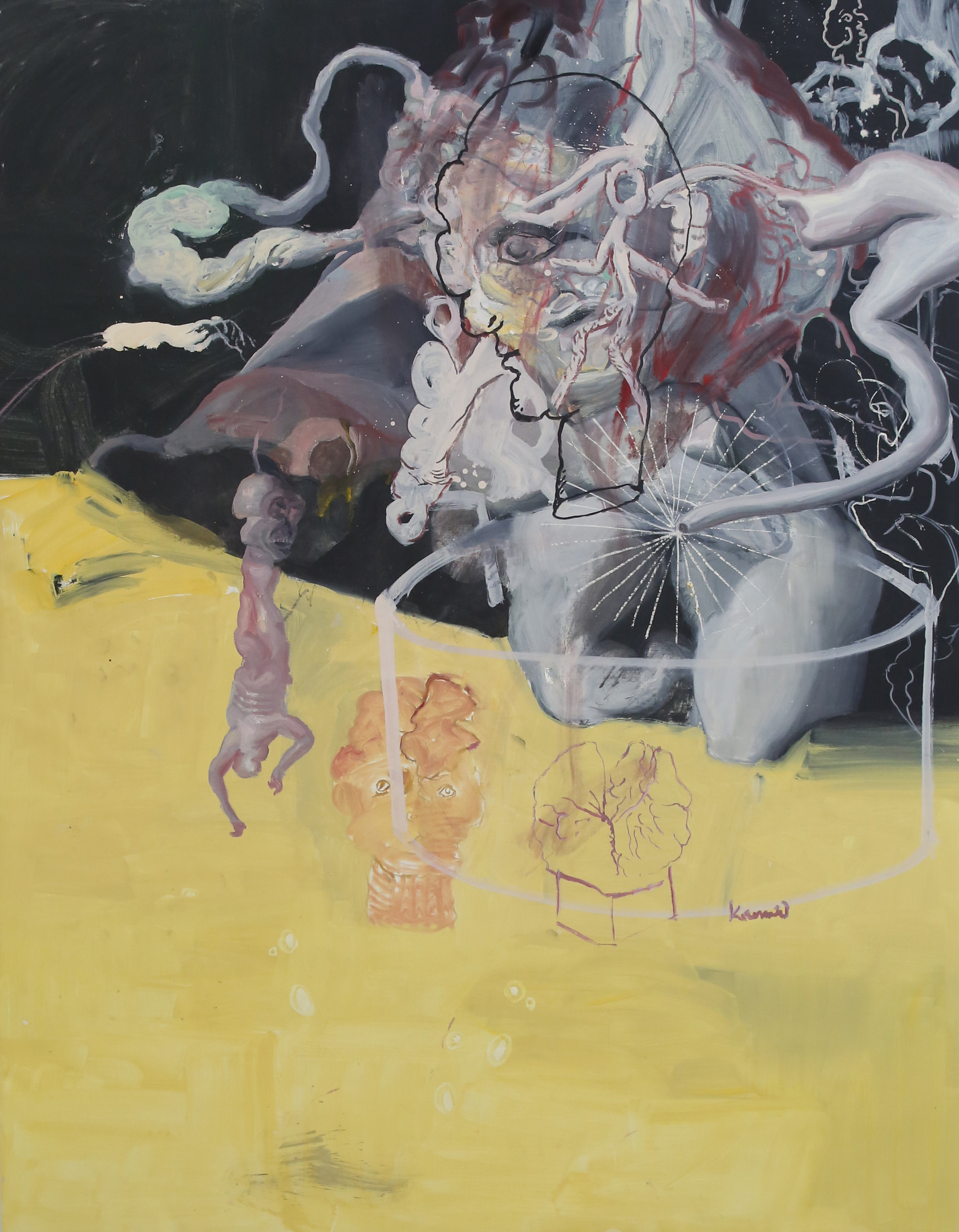 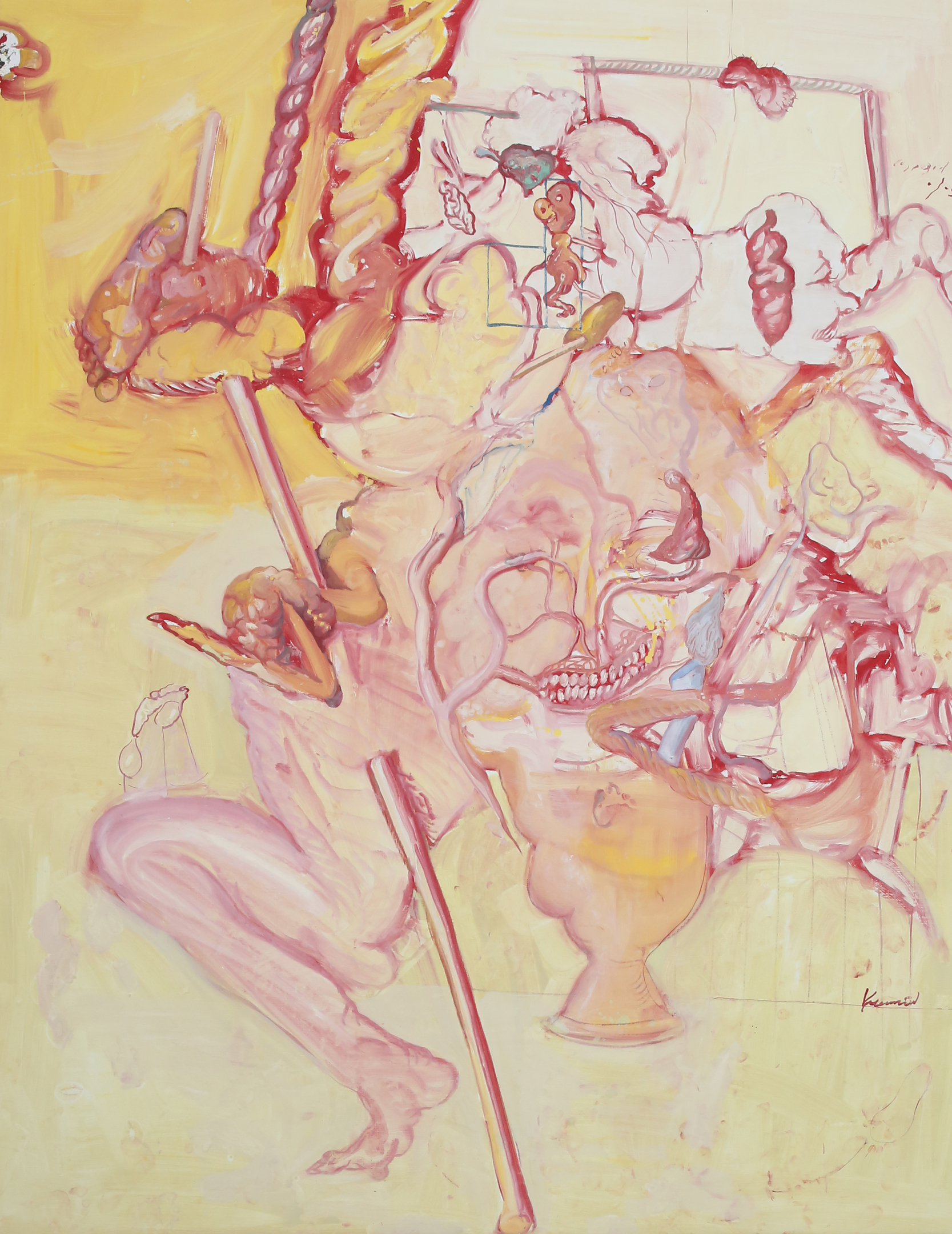 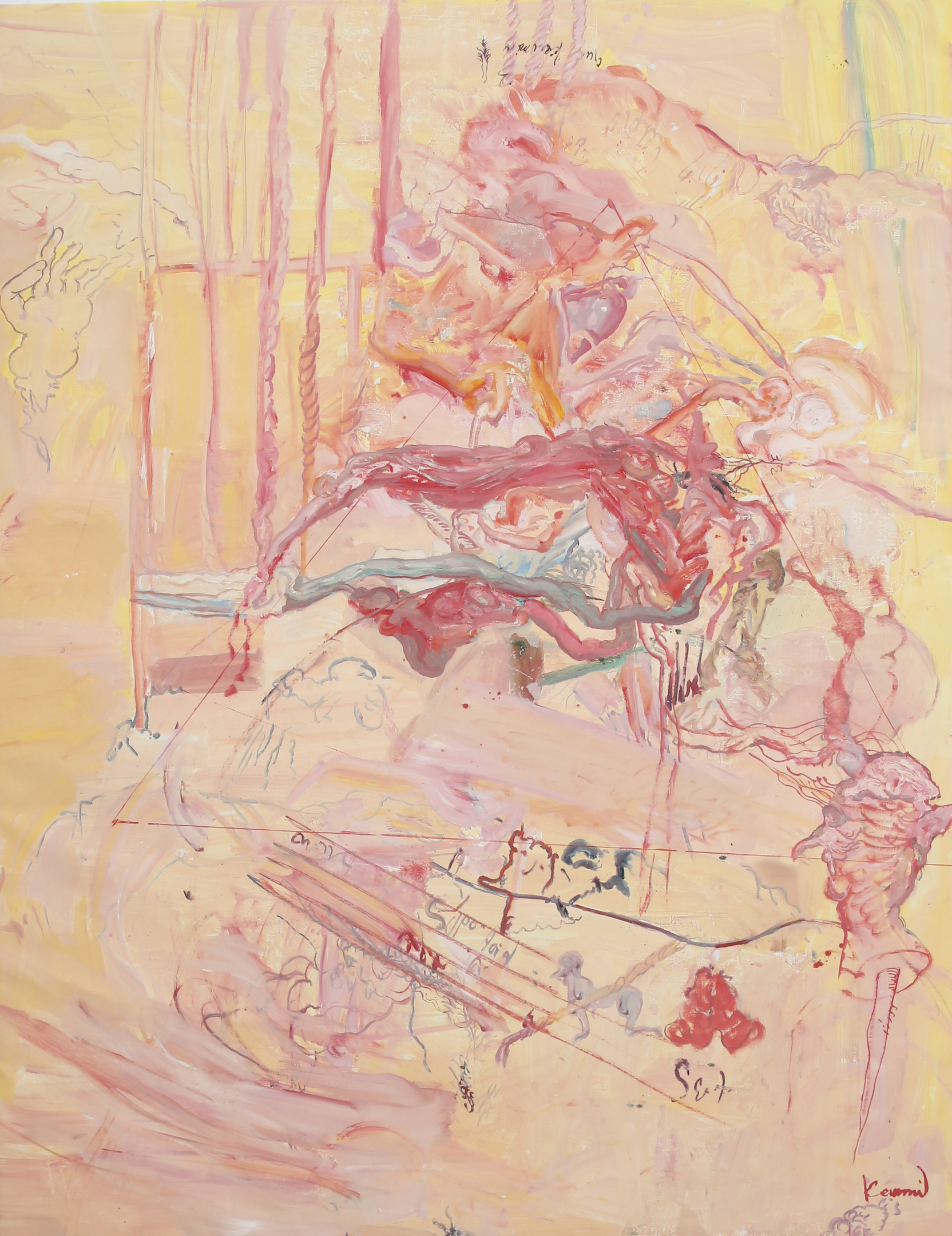 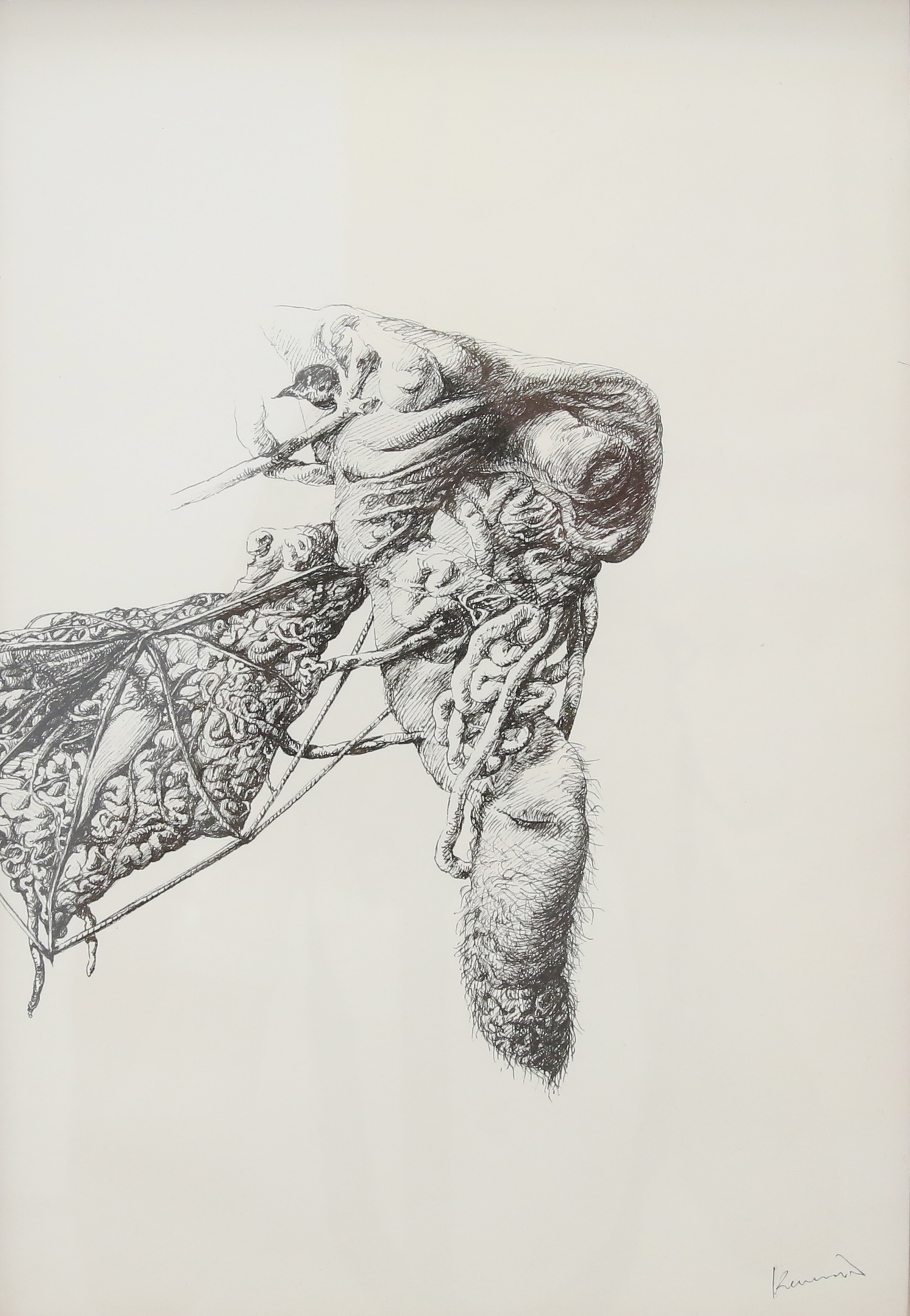 Oil and graphite on paper

Oil and graphite on paper 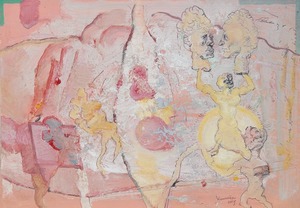 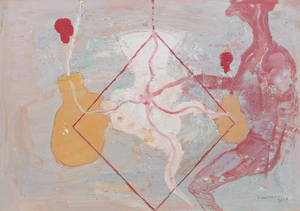 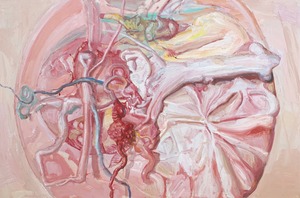 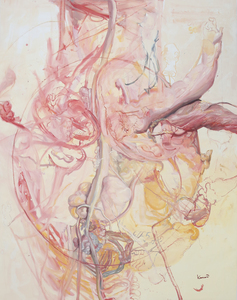 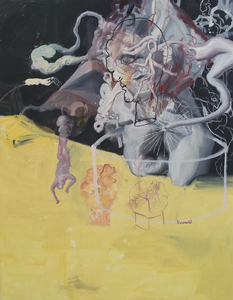 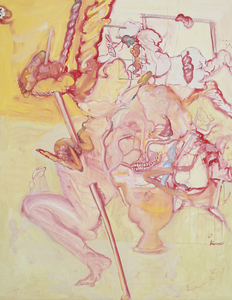 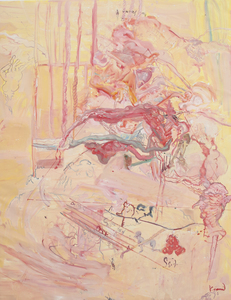 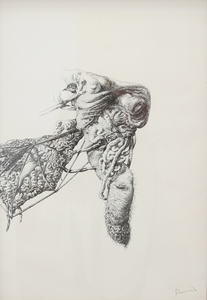