Kasmin is pleased to announce Indeterminate Hypothesis, an exhibition of work by French conceptual artist Bernar Venet (b. 1941). Consisting of five monumental Indeterminate Line sculptures, this exhibition marks Venet’s third solo show with Kasmin and will be on view in the gallery’s flagship space at 509 West 27th Street, opening September 12, 2019. This is the first time the series has been shown in a gallery in the United States since 2002.

Indeterminate Hypothesis will be accompanied by Venet’s first performance of The Straight Line and the Pictorial Memory of the Gesture in the United States, held during the exhibition’s opening night in the gallery’s 297 Tenth Avenue location. The works produced during the performance will remain on view through September 21, 2019.

Indeterminate Hypothesis continues the artist’s lifelong, process-based investigation into the mathematical and philosophical implications of the line. A contemporary of Donald Judd, Dan Flavin, and Sol LeWitt, Venet has concentrated his artistic practice on the complex relationship between an object’s conceptual framework and its materiality for over six decades.

The five abstract Indeterminate Lines consist of spiraling rolls of steel that sit, balanced or stacked in novel compositions, on the gallery floor. As well as manifesting the concept of the line as an object—playful, antic, and unpredictable—the series from which these works emerge explores and demonstrates the limits of material resistance. Venet’s physical manipulation of raw bars of steel into unscripted configurations of between one and six elements demands gargantuan effort and reveals the relationship between artist and material as both a collaboration and a battle of will. The resulting configurations of tightly wound, inextricable loops of industrial material “open a doorway to fundamental principles such as indeterminacy, chance, accident, unpredictability, chaos and, even, incompleteness,” says the artist.

The Straight Line and the Pictorial Memory of the Gesture uses the line as a tool to intersect the artistic mediums of performance, painting, and sculpture. Using a steel bar suspended from the ceiling, Venet and his performers apply paint to the surface of the gallery wall. Calling to mind the subtle asymmetry of inkblots used during The Rorschach Test, the four works on view push the boundaries of Venet’s exploration of line, angles, and rotation by demonstrating how the body can be used as a tool to bring the mathematical concept of the line to life.

Bernar Venet first gained recognition in the 1960s for the development of his Tar Paintings, Cardboard Reliefs, and his iconic Pile of Coal, the first sculpture without a specific shape. The year 1979 marked a significant turning point in Venet’s career: having recently begun a series of wood reliefs—Arcs, Angles, and Straight Lines—he created the first of his Indeterminate Lines and was awarded a grant by the National Endowment for the Arts.

Over the following decades his work has been exhibited extensively throughout Europe, the United States, South America and Asia both in solo museum shows, as well as in major art events such as the Kassel Documenta in 1977, and the Biennales of Paris, Venice and São Paulo. To date, he is the most internationally exhibited French artist with 40 public sculpture exhibitions and monumental works permanently installed in cities including Auckland, Austin, Shenzhen, Berlin, Bonn, Denver, Geneva, Neu-Ulm, Nice, Paris, Seoul, Tokyo, Toulouse, and Vancouver. In 2018, Venet was the subject of two retrospectives in France: Bernar Venet Retrospective 2019-1959 at MAC Lyon, and Bernar Venet: The conceptual years 1966-1976 at MAMAC in Nice. 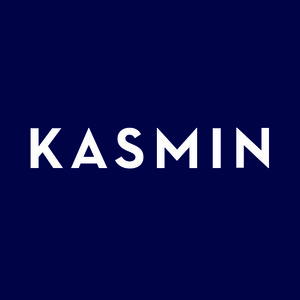 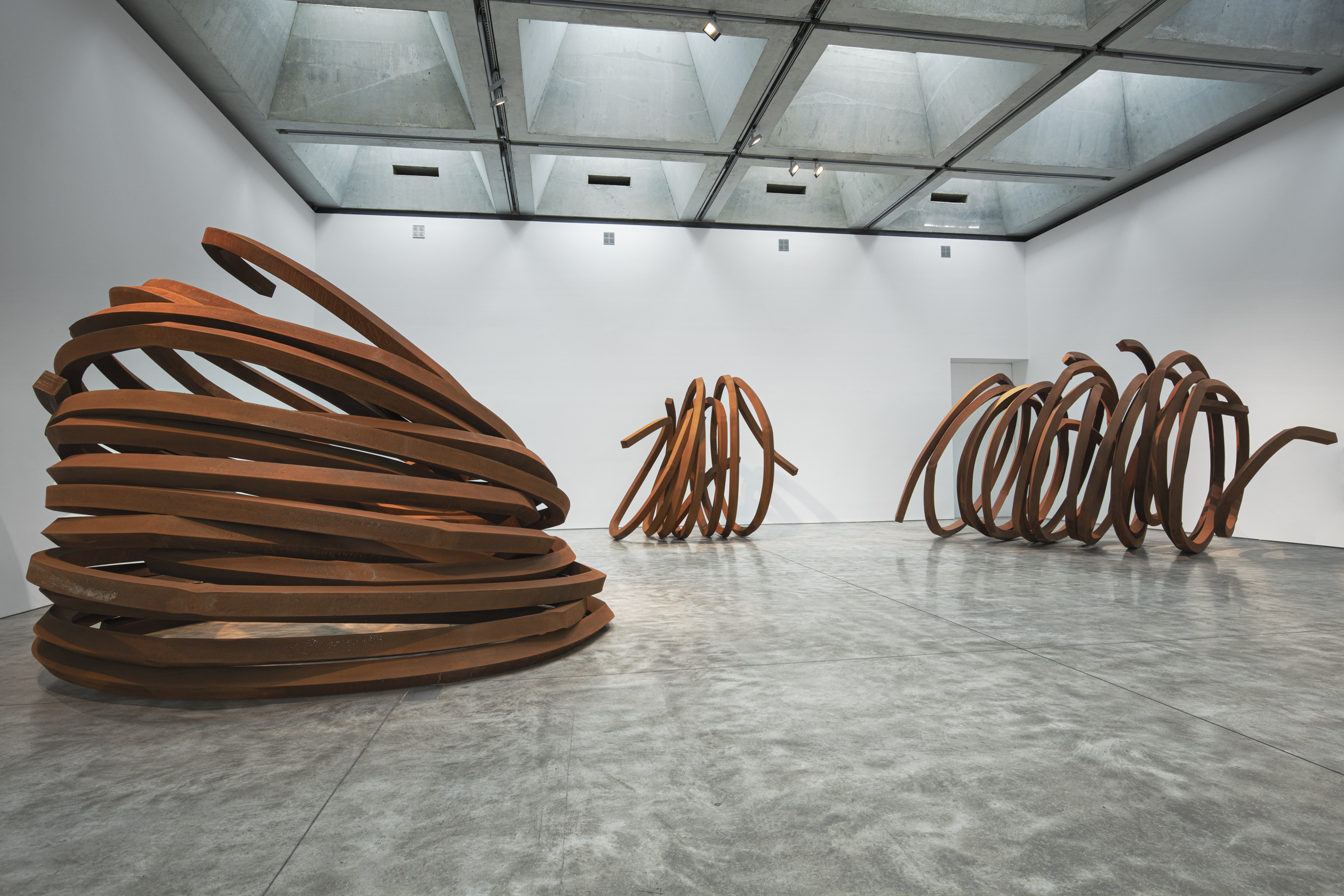 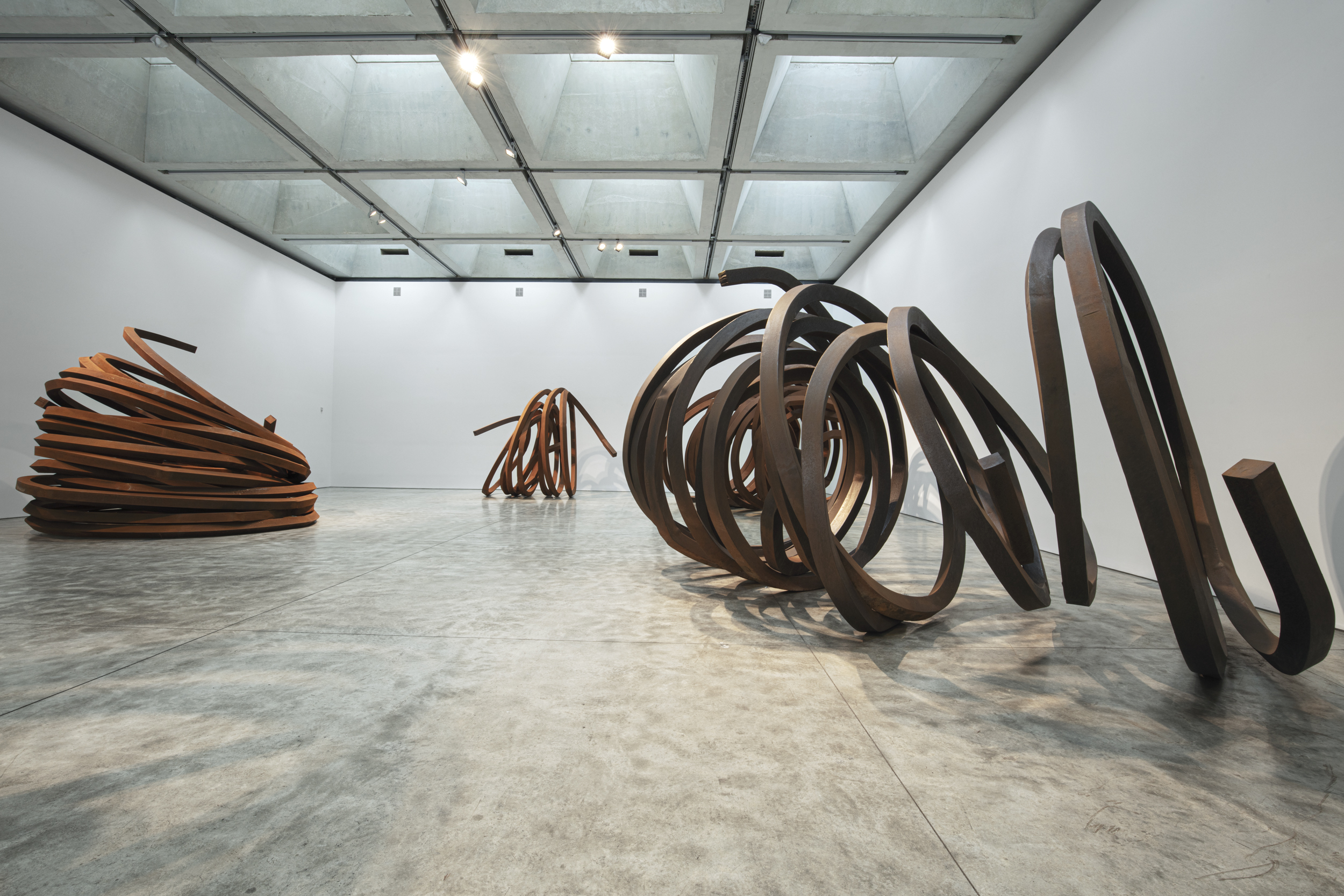 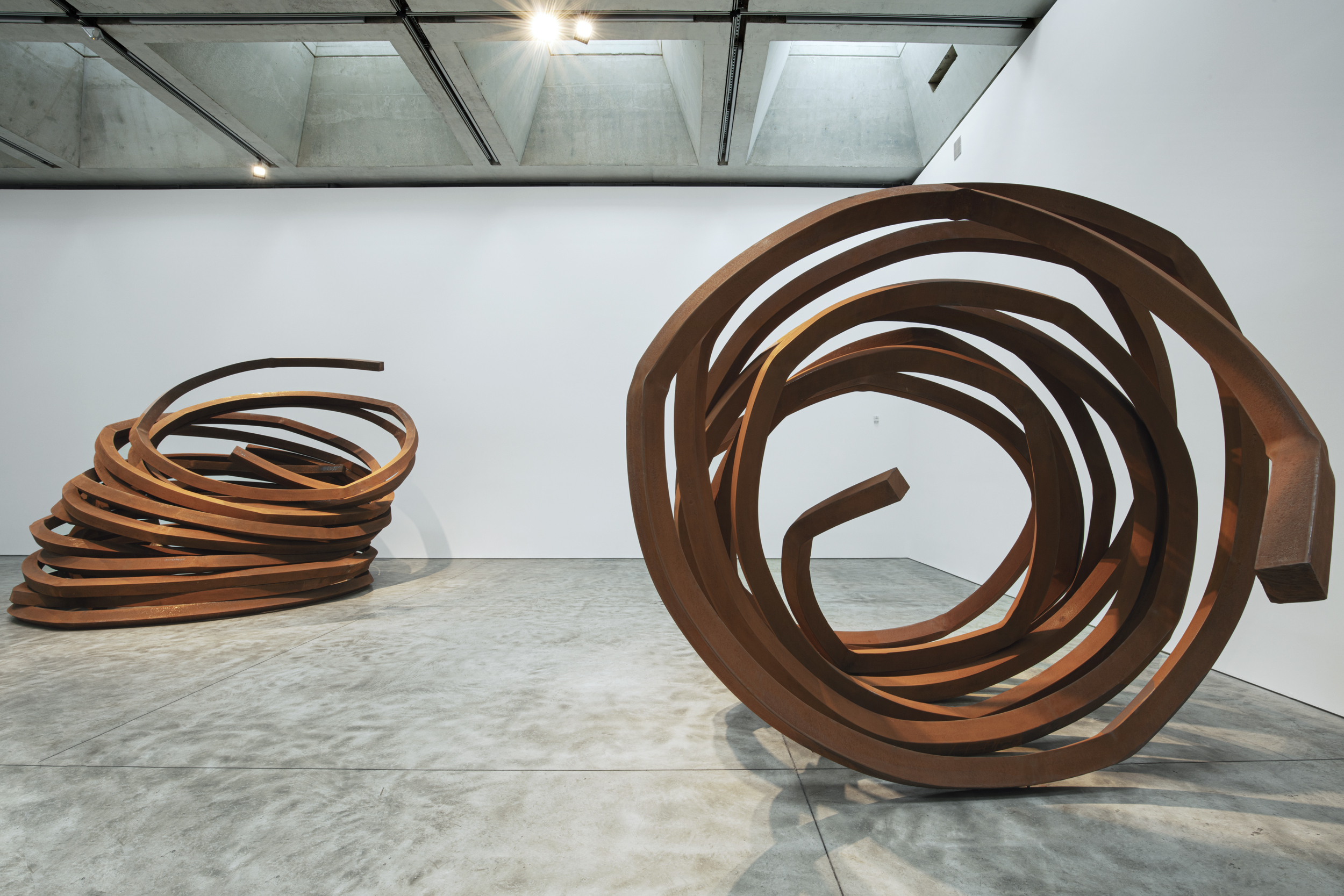 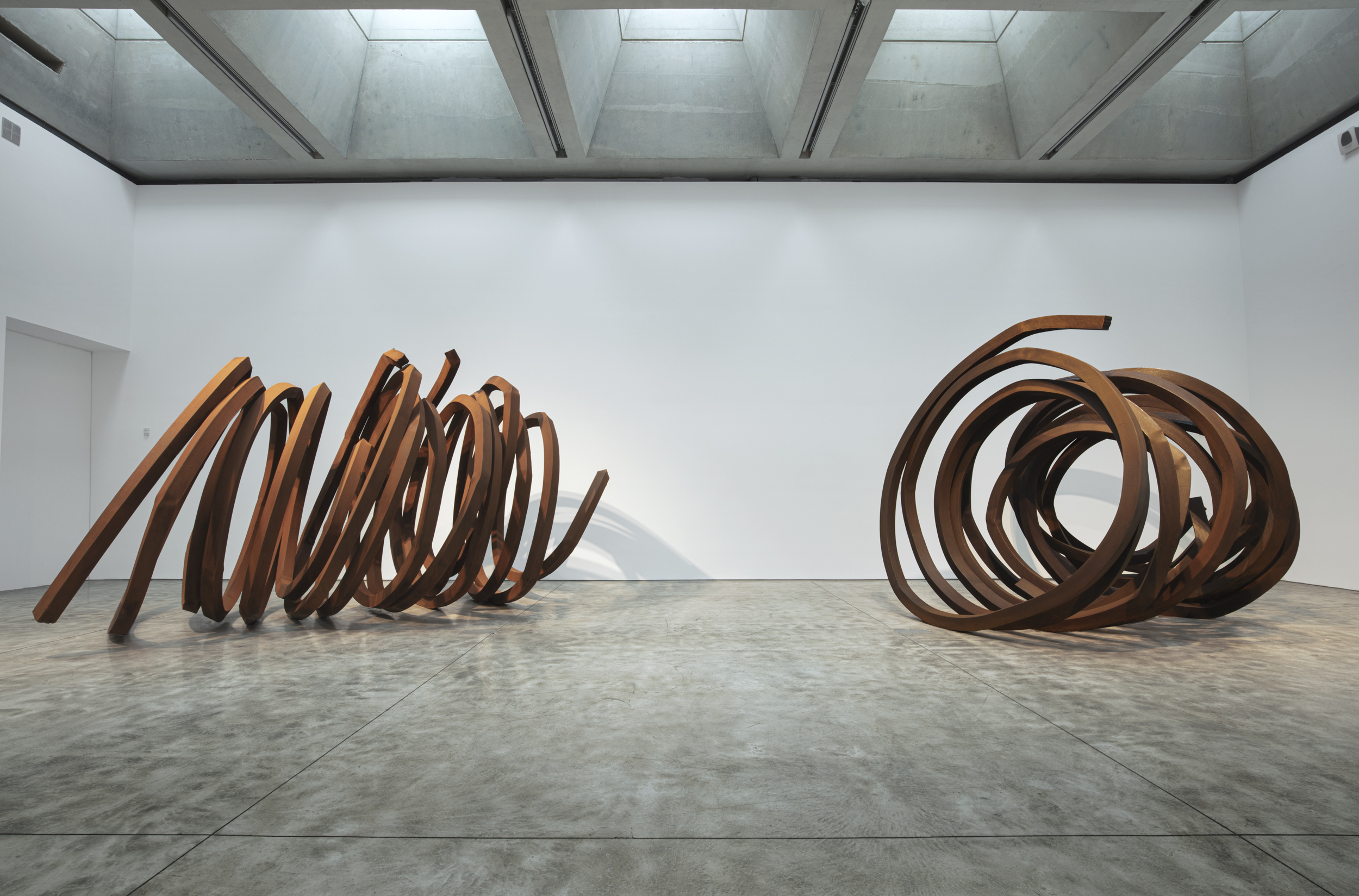 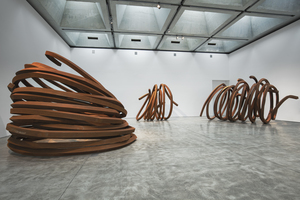 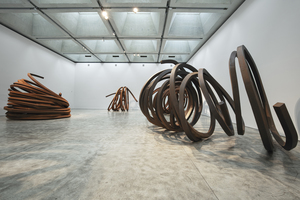 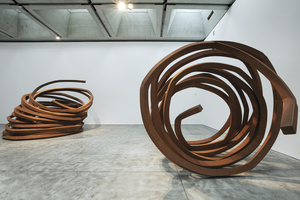 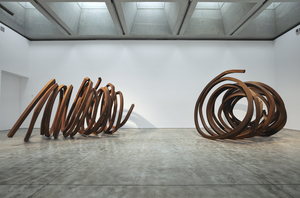 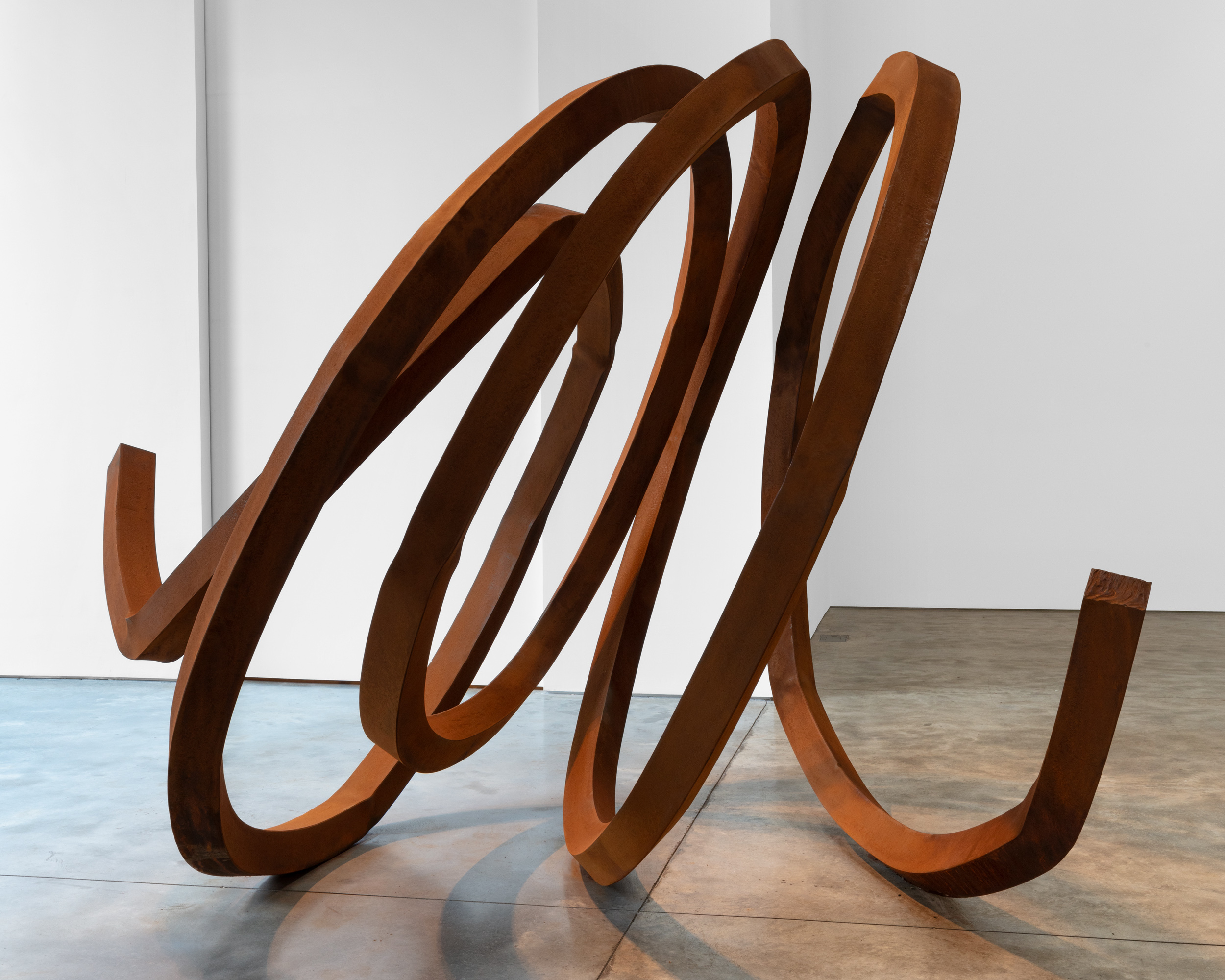 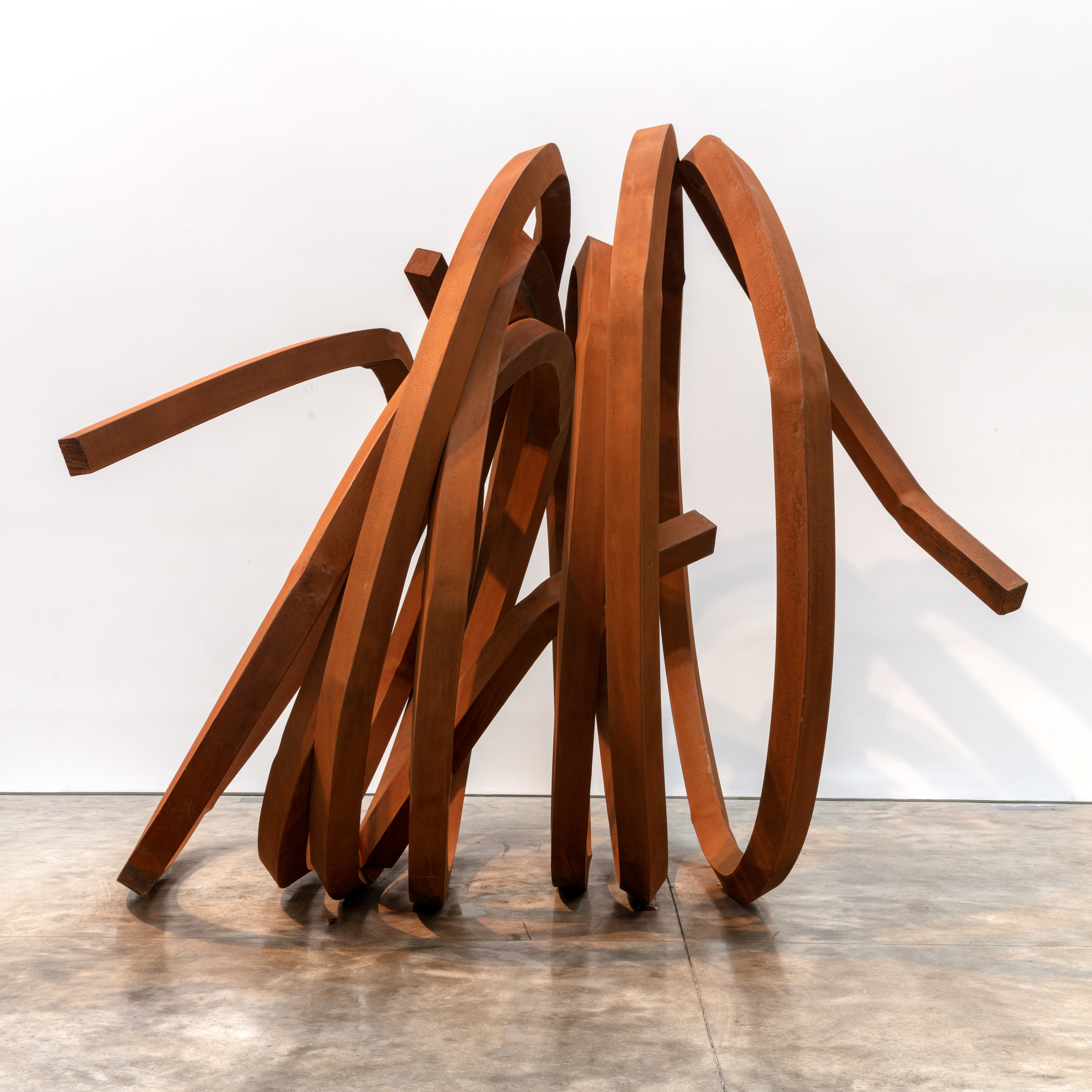 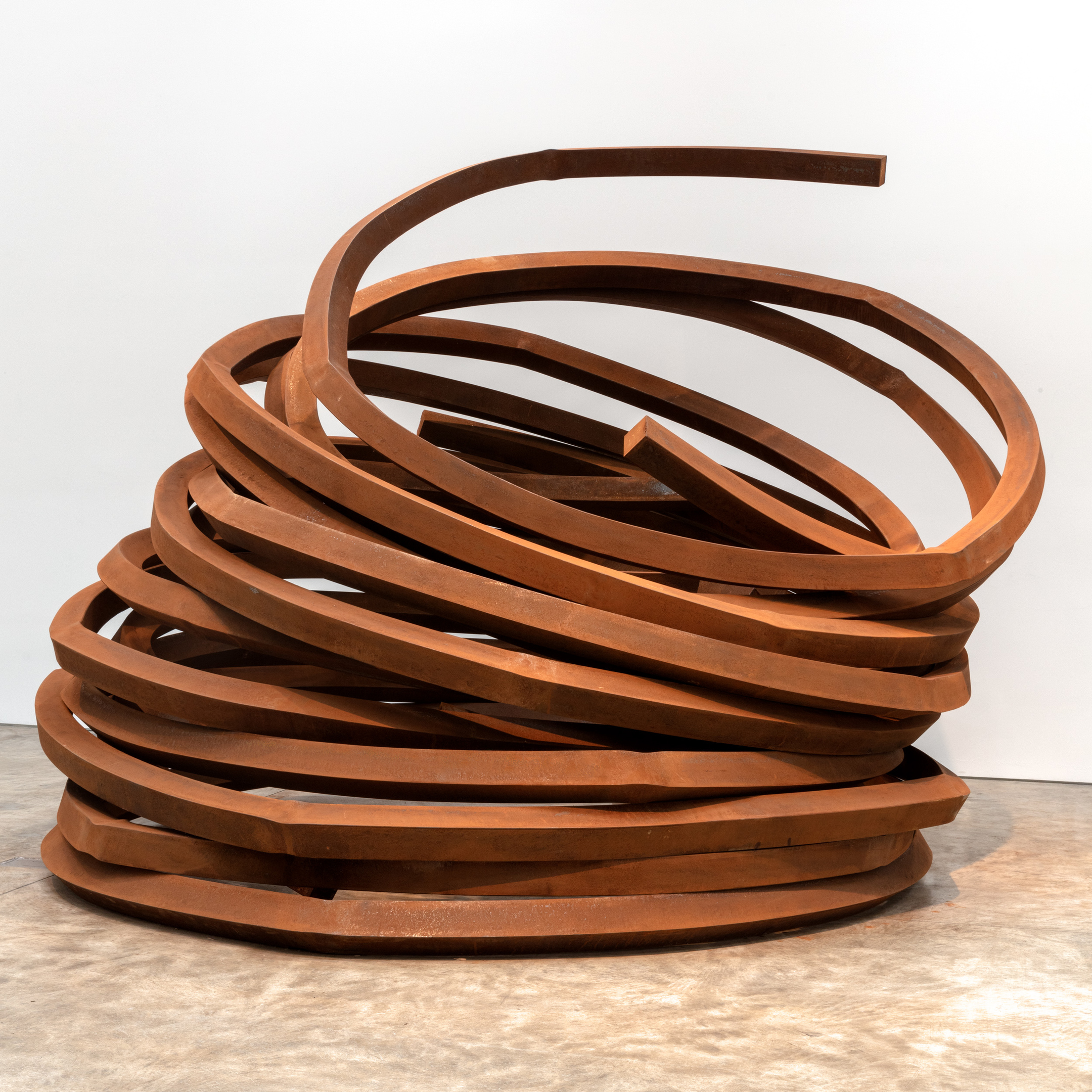 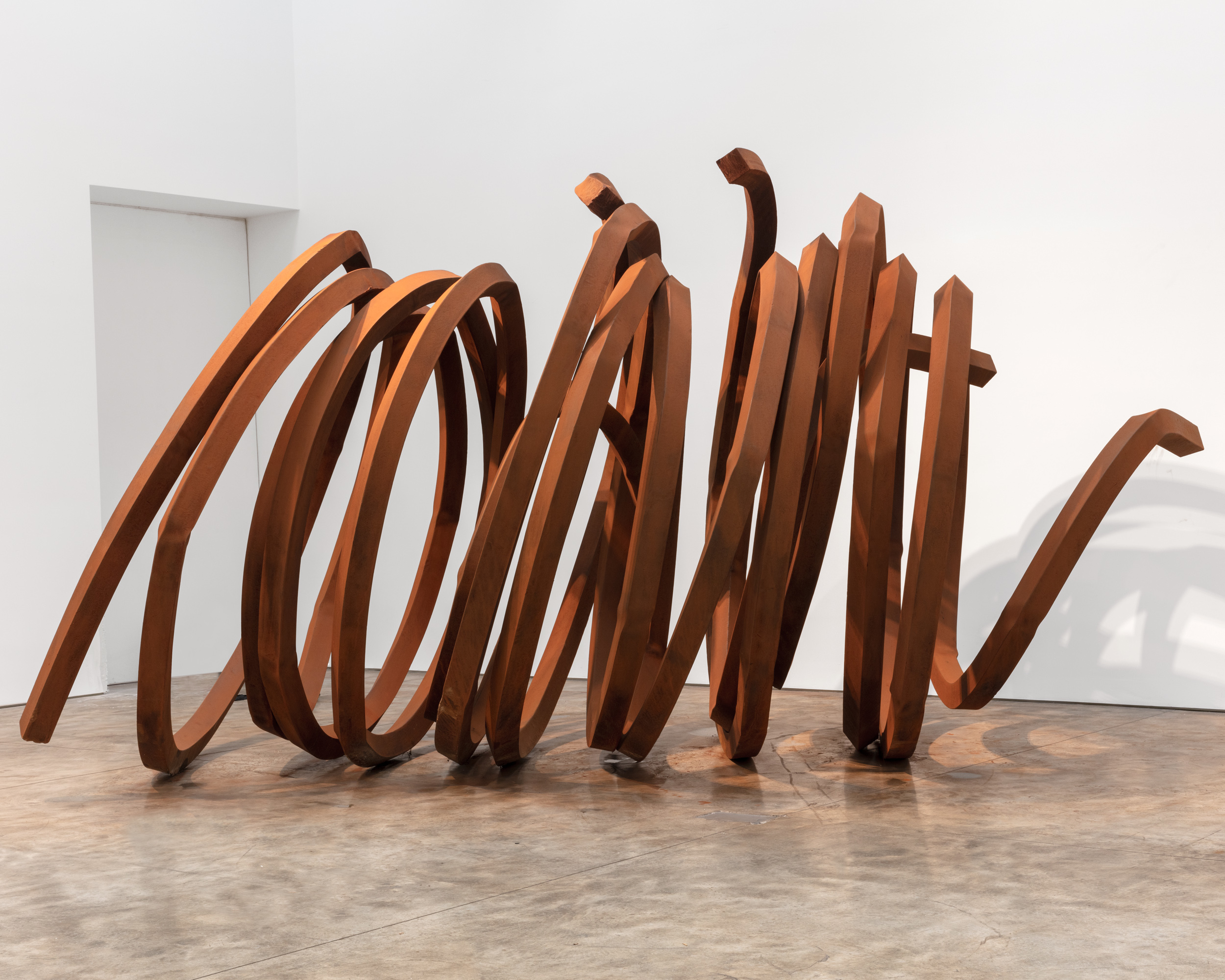 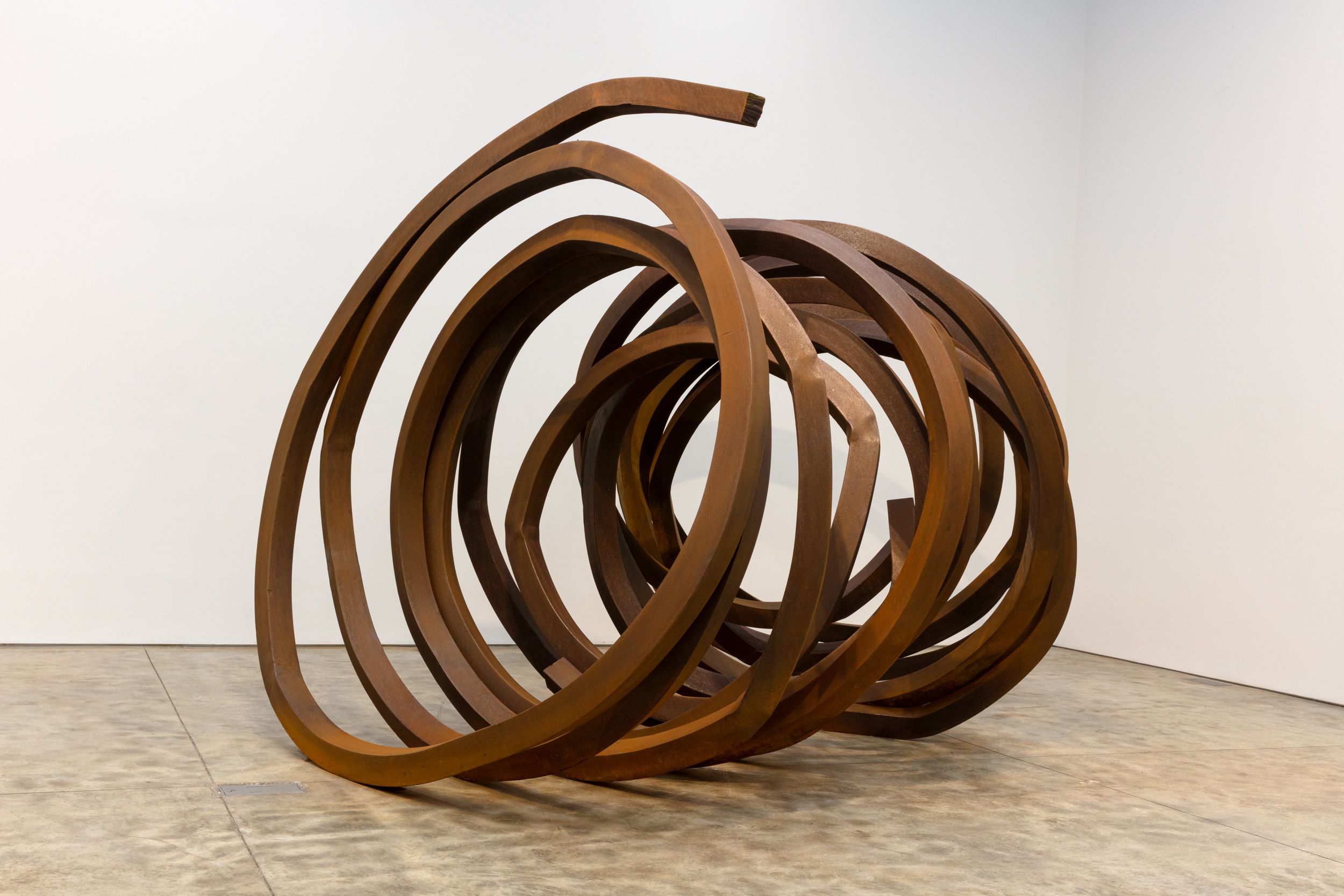 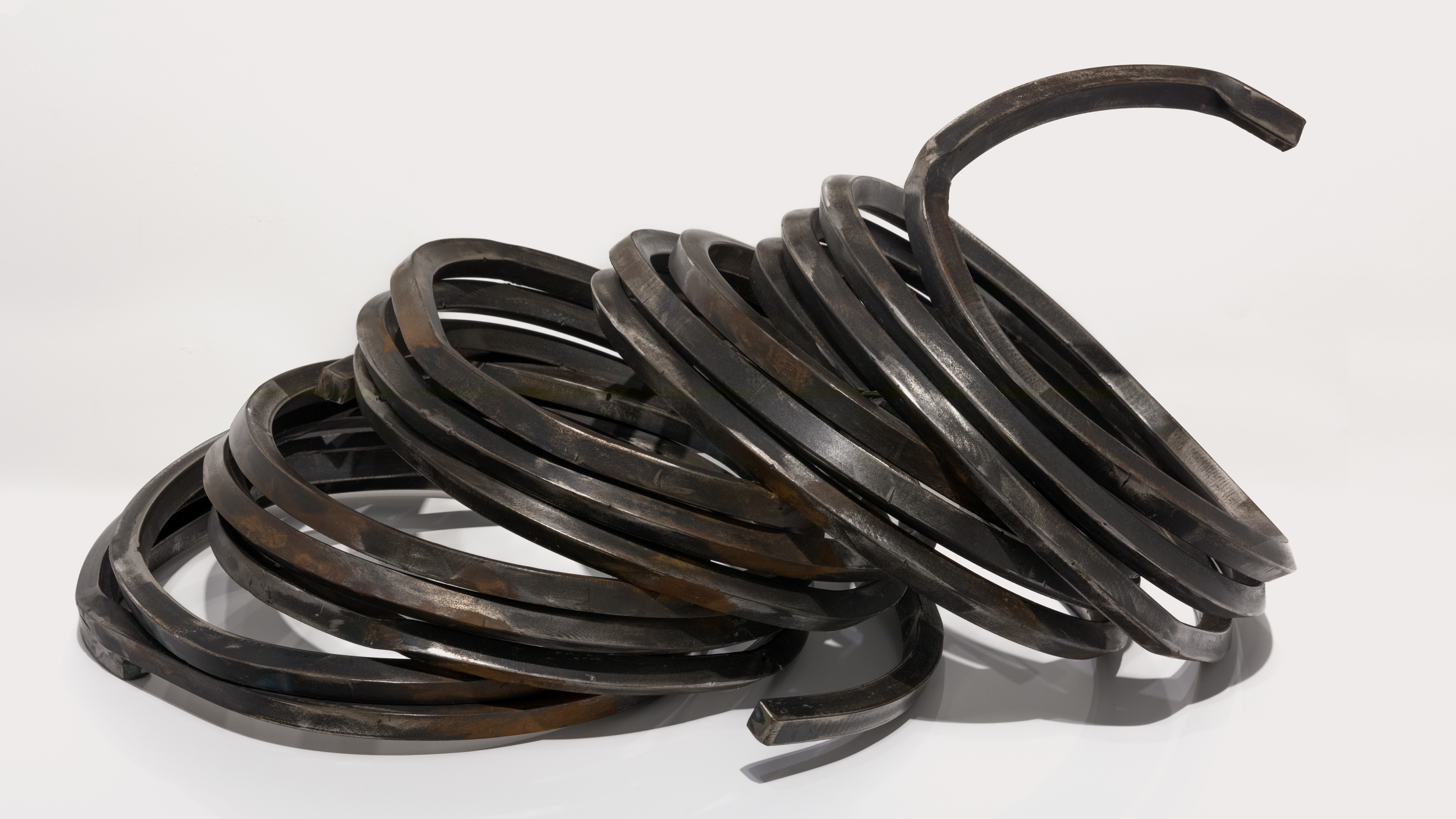 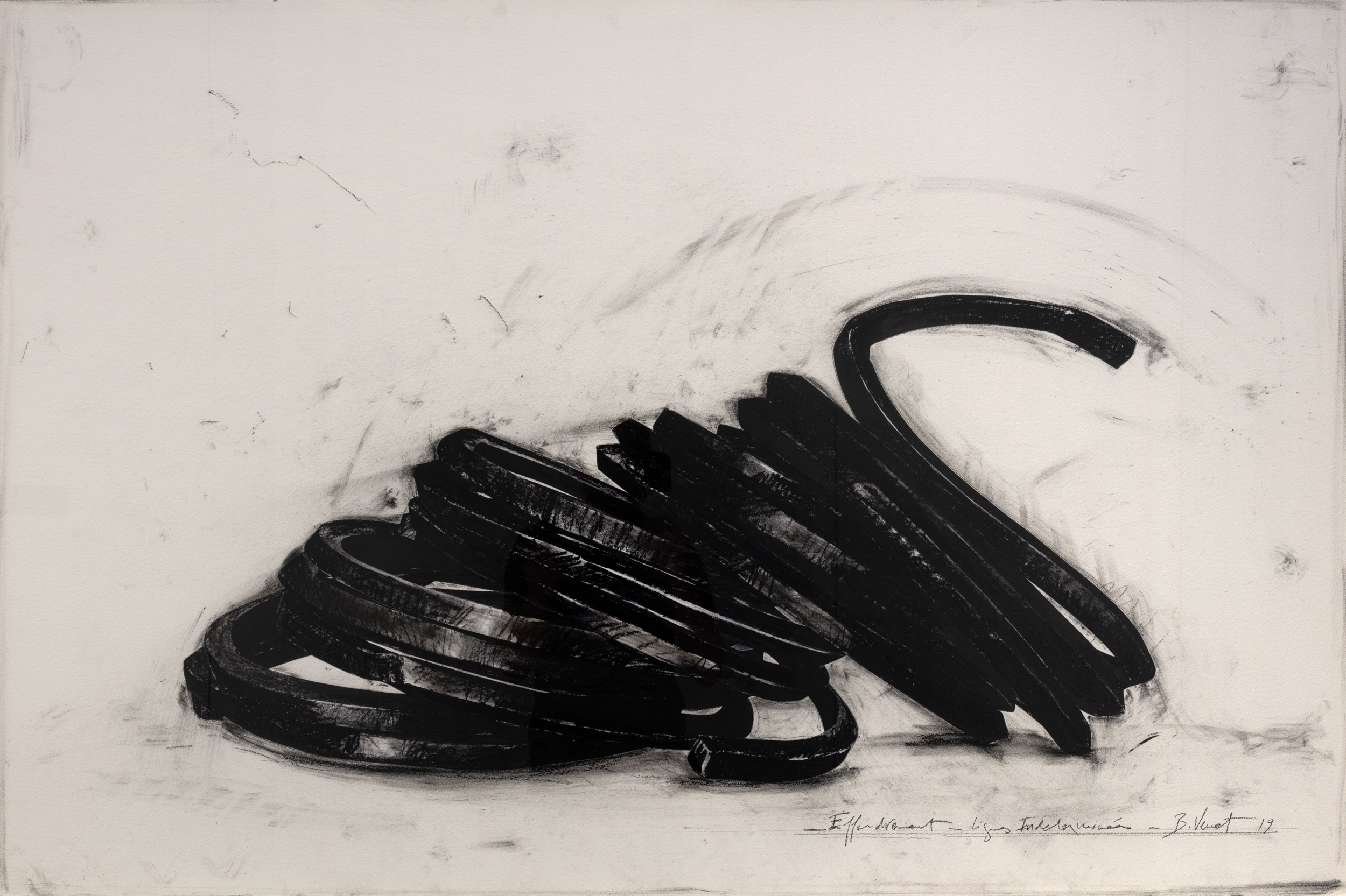 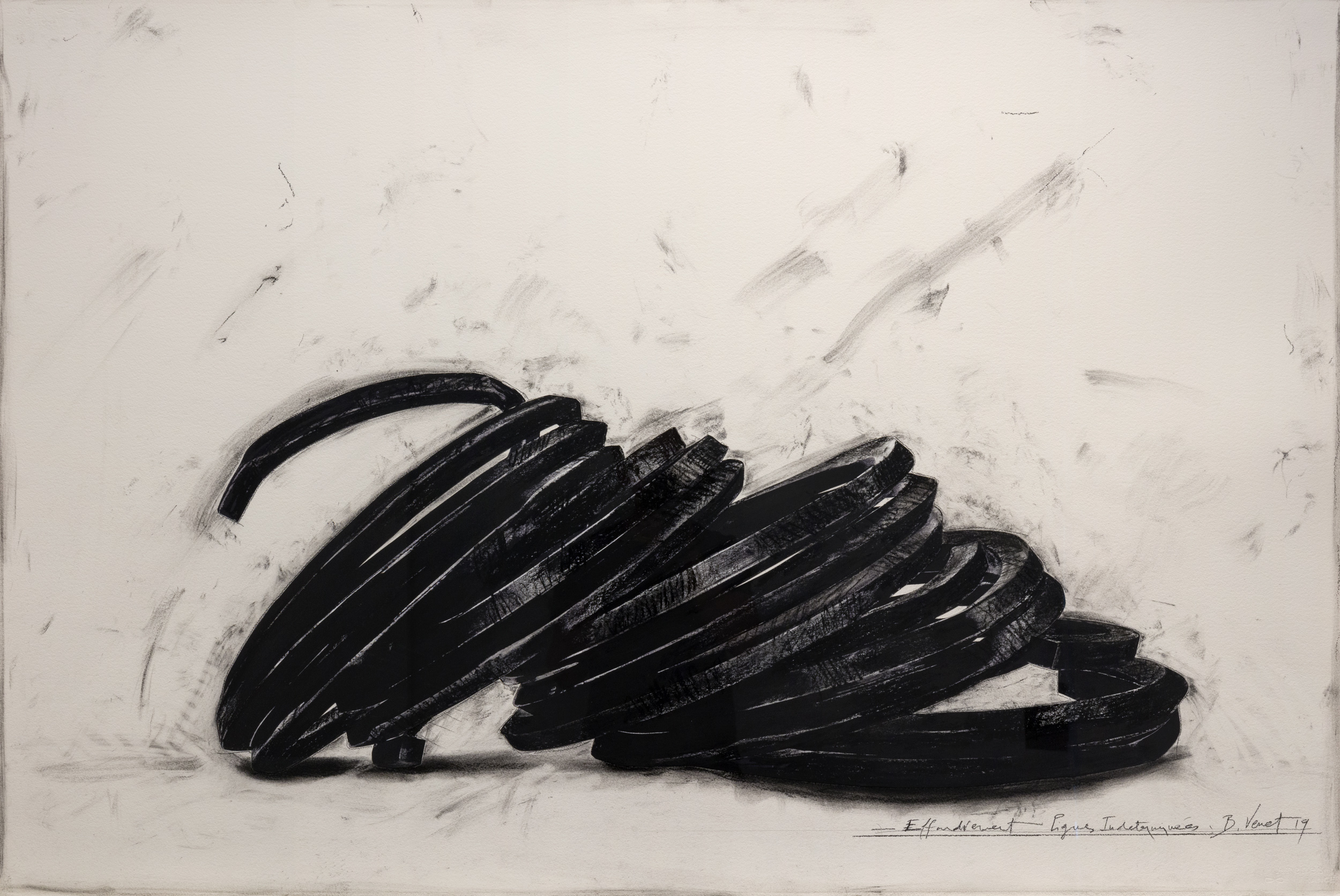 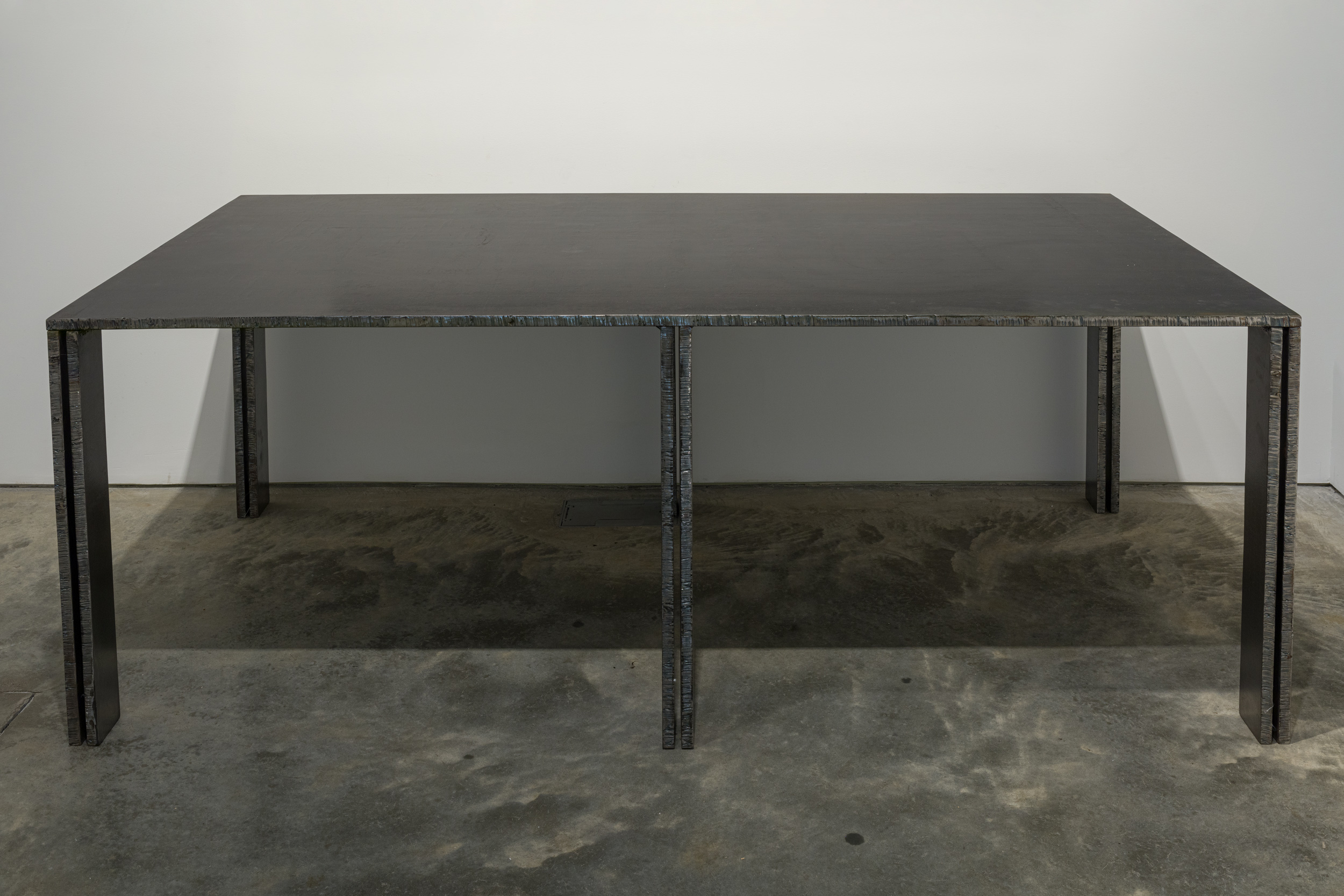 collage and oilstick on paper

collage and oilstick on paper 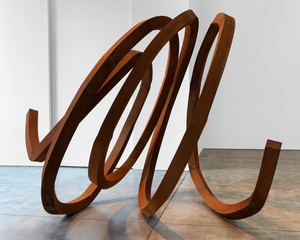 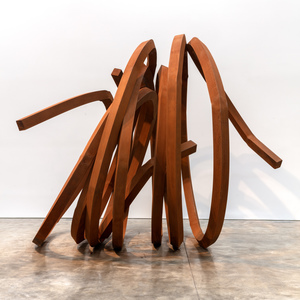 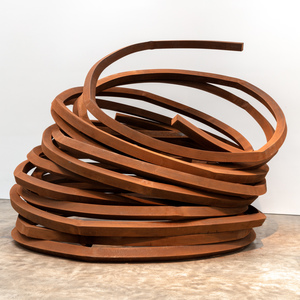 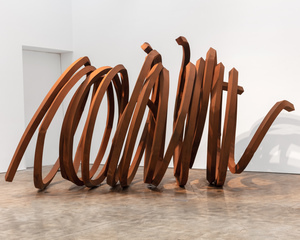 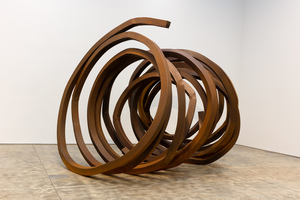 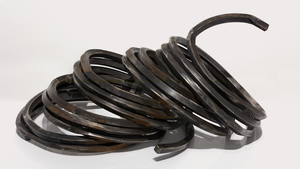 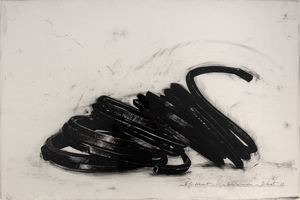 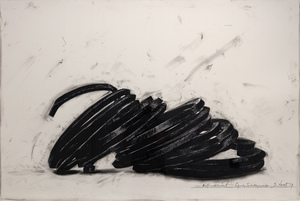 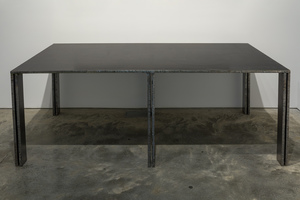