Above creating an accurate visual representation, the selected works showcase both harmonic and methodical compositions. A sense of stillness is employed through the use of light, shadow and subject matter. For instance, Cunningham’s exotic plants are as enigmatic as they are grounded by the contrast in light and monochromatic palette. Singular colors and tones provide an intimate atmosphere whether a portrait or still life.

The works provide a mysterious as well as a contemplative perspective based on each artists aesthetic. Nuanced tones communicate a hazy atmosphere, reinforced through the soft-focused views in the paintings and photographs. Both the diffusion and dramatic use of light with subtle color aims to create a rather self-reflective experience.

A central theme in this exhibition alludes to domestic life. Female sitters, cooking utensils and sewing supplies provide context to female identity in both the 19th and 20th centuries. From Carrière’s The Addition to Hase’s Untitled (sewing kit), the artists articulate timelessness based on their own perceptions of femininity. Whether consciously or subconsciously capturing domestic scenes or objects, each work replicates a highly personal reflection of the artists signature style.

Beyond the physical artworks, the artists presented are distinguished and renowned figures in art history. Each reinventing conventional techniques, and as a result producing unconventional works in their time. Whistler abandons the practice of Realism and gravitates towards Aestheticism, focusing on allusion and tonality. Cunningham transitions through all movements in Modern Photography, constantly evolving her practice and methods. Regardless of period or artistic prominence, the artists’ works are unified for their exceptional quality and vaguely familiar appeal.

Eugène Carrière
Eugène Carrière (1849-1906) was a leading 19th-century French Symbolist painter best known for his brown monochrome palette. Carrière studied at the École des Beaux-Arts in Paris and later under Alexandre Cabanel. The artist was quite successful in his respective period and was intimate friends with Augustus Rodin and Paul Gauguin. Like his contemporaries, Carrière intended to evoke the nuanced world in opposition of Realism and Impressionism. His work influenced Pablo Picasso, which can be seen in the monochrome style of Picasso’s blue period. Carrière’s misty compositions and contrasts of light were characteristic of his approach and were regularly seen at the annual Salon of the Societe des Artistes Francaises. In 1980, he and his contemporaries founded the Societe Nationale des Beaux-Arts and later in Salon d’Autome in 1903. Carriere's work is in museum collections including the Metropolitan Museum of Art, the Museum of Modern Art, the Philadelphia Museum of Art, and the Museum of Fine Arts, Boston.

Imogen Cunningham
Imogen Cunningham (1883-1976) was an American photographer whose practice spans an entire century, transitioning through all movements in Modern Photography. Recognized for her botanical images, Cunningham began fascinated with photographing plants after finishing a degree in chemistry at the University of Washington. Her flower photographs, in particular, share an uncanny resemblance to contemporary Georgia O’Keeffe. In 1910, Cunningham opened her own studio in Seattle experimenting with portraiture and pictorialism. After moving to California in 1920, Cunningham befriended Edward Weston who encouraged her to join Group f/64. Cunningham was a part of numerous exhibitions with the group until once again changing directions towards Street Photography in the 1940s. In 1945, Ansel Adams invited Cunningham to accept a faculty member position in the art photography department at the California School of Fine Arts.

Elisabeth Hase
Elisabeth Hase (1905-1991) was an avant-garde female commercial and documentary photographer based in Frankfurt, Germany. Hase studied at the School of Applied Arts from 1924 to 1929, and later at the Städelschule. She was an active photographer during WWll and established her own studio space, despite the disdain for modern art. Hase’s work was influenced by the Bauhaus movement, often capturing buildings or objects at odd yet structured angles. Hase was also known for her numerous self-portraits in which she portrayed herself in various roles, a significant addition to art history that inspired Cindy Sherman’s work. After the war, Hase had the rare opportunity to photograph the city’s ruins, which became crucial documentation depicting post-war destruction. Many of the works are part of the collections held at the Folkwang Museum in Essen, Germany, the Albertina in Vienna, and the Walter Gropius estate in the Bauhaus Archive in Berlin, as well as in private collections.

Carl Vilhelm Holsøe
Carl Vilhelm Holsøe (1863-1935) was a Danish artist who is most known for his painted interiors. He studied at the Royal Danish Academy of Fine Arts in Copenhagen in 1882–84 and later at the Kunstnernes Frie Studieskoler where he met Vilhelm Hammershøi. The two were undoubtedly influenced by each other. From 1888 to 1910 and from 1922 to 1933 he showed works in the Charlottenborg Spring Exhibition, and in 1909 and 1914 in the Autumn Exhibition. He participated in the Association for National Art Exhibitions and was a member of the board of the Kunstforeningen from 1902 to 1905 and from 1909 to 1911. He was twice awarded the academy's annual medal, now the Eckersberg Medal, in 1901 and in 1908, also being made a member of the academy assembly.

Alma Lavenson
Alma Lavenson (1897-1989) was a distinguished West Coast photographer recognized for her architectural and industrial subjects. Lavenson grew up in Oakland, California where her career in photography began in 1918. The artist emphasized form and pattern with a focus on light and shadow. Her earliest works are emblematic of pictorialism, yet was persuaded by Edward Weston and Imogen Cunningham to transition to a sharp focus lens and join Group f/64. Her photographs were included in numerous exhibitions with the group including at de Young Museum, San Francisco in 1932. Lavenson also had solo exhibitions at the Brooklyn Museum, 1993; the San Francisco Museum of Modern Art in 1942, 1948, 1960; and the Baltimore Museum of Art, 1988. She continued to photograph until her death in 1989.

Sonya Noskowiak
Sonya Noskowiak (1900-1974) was an American photographer and part of Group f/64 with Ansel Adam and Edward Weston. Noskawiak began her career in photography in the 1920s. It was not until 1929 the artist met Edward Weston in which the two became one another’s lovers and muses. Capturing architectural subjects, Noskowiak’s work was clean and direct. In 1932, Noskawiak became a member of Group f/64 and was part of the inaugural exhibition at San Francisco’s M. H. de Young Museum. Noskawiak has numerous solo shows at the Ansel Adams Gallery, the Denny-Watrous Gallery in Carmel, California, Willard van Dyke's 683 Gallery in Oakland, California, among others. Noskawiak opened her own studio in 1935 in San Francisco where she worked towards the end of her life in 1965.

James Abbott McNeill Whistler
James Abbott McNeill Whistler (1834-1903) is one of the most celebrated American artists of the Post-Impressionist movement and represents one of the earliest shifts from traditional representational art to abstraction. Abandoning the techniques of Realism, Whistler experimented with a limited color palette. By skewing perspective through tonal contrast, the artist emphasized a new compositional approach focused on musical and atmospheric quality. To further suggest variations in color and musical notes, Whistler often titled his pieces “symphony” or “nocturne”. This allowed the viewer to focus on the application of paint rather than the subject matter depicted. Today, Whistler’s works are held in the collections of the Musée d’Orsay in Paris, the Metropolitan Museum of Art in New York, The Frick Collection and the Tate Gallery in London, among others. 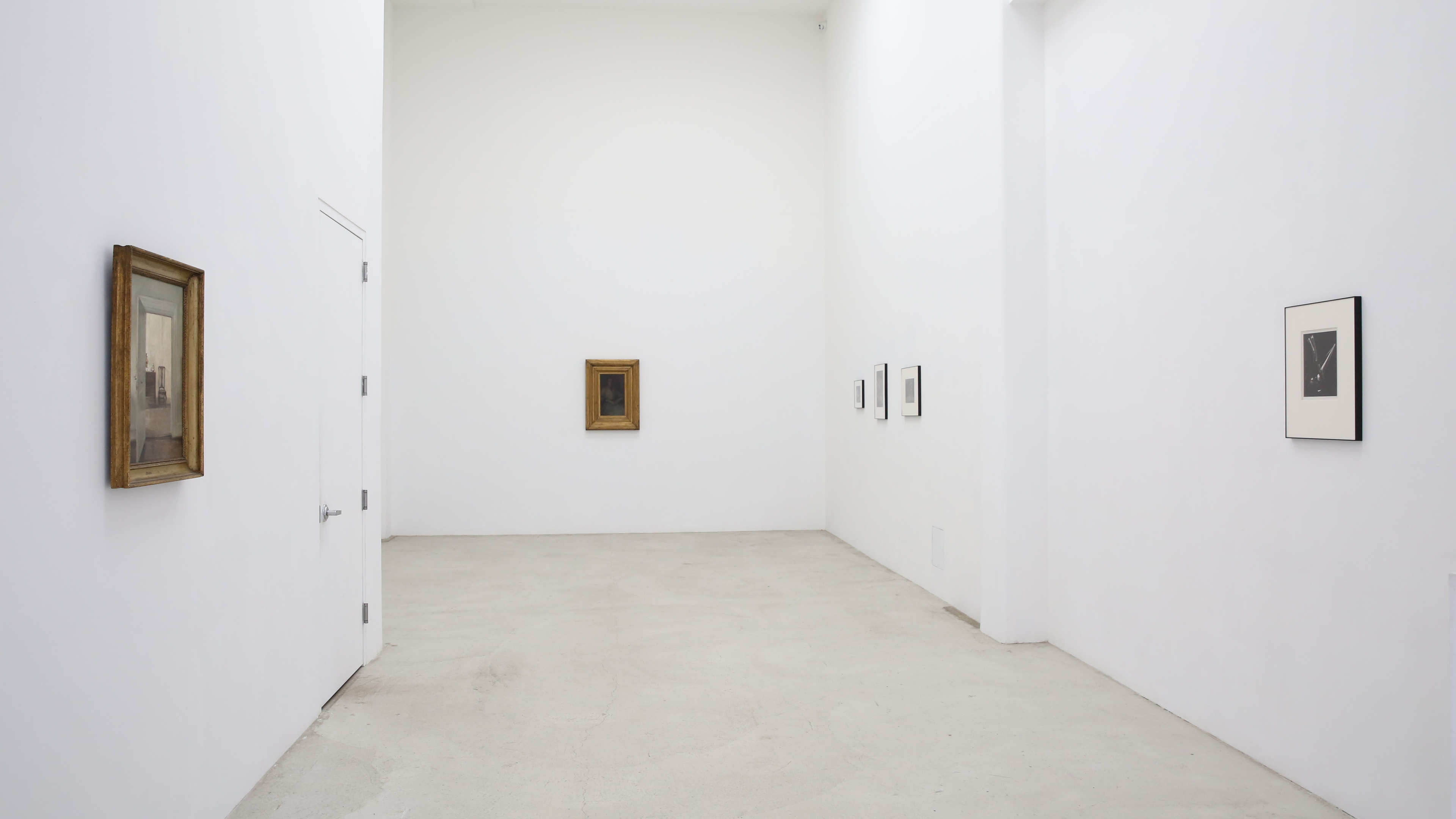 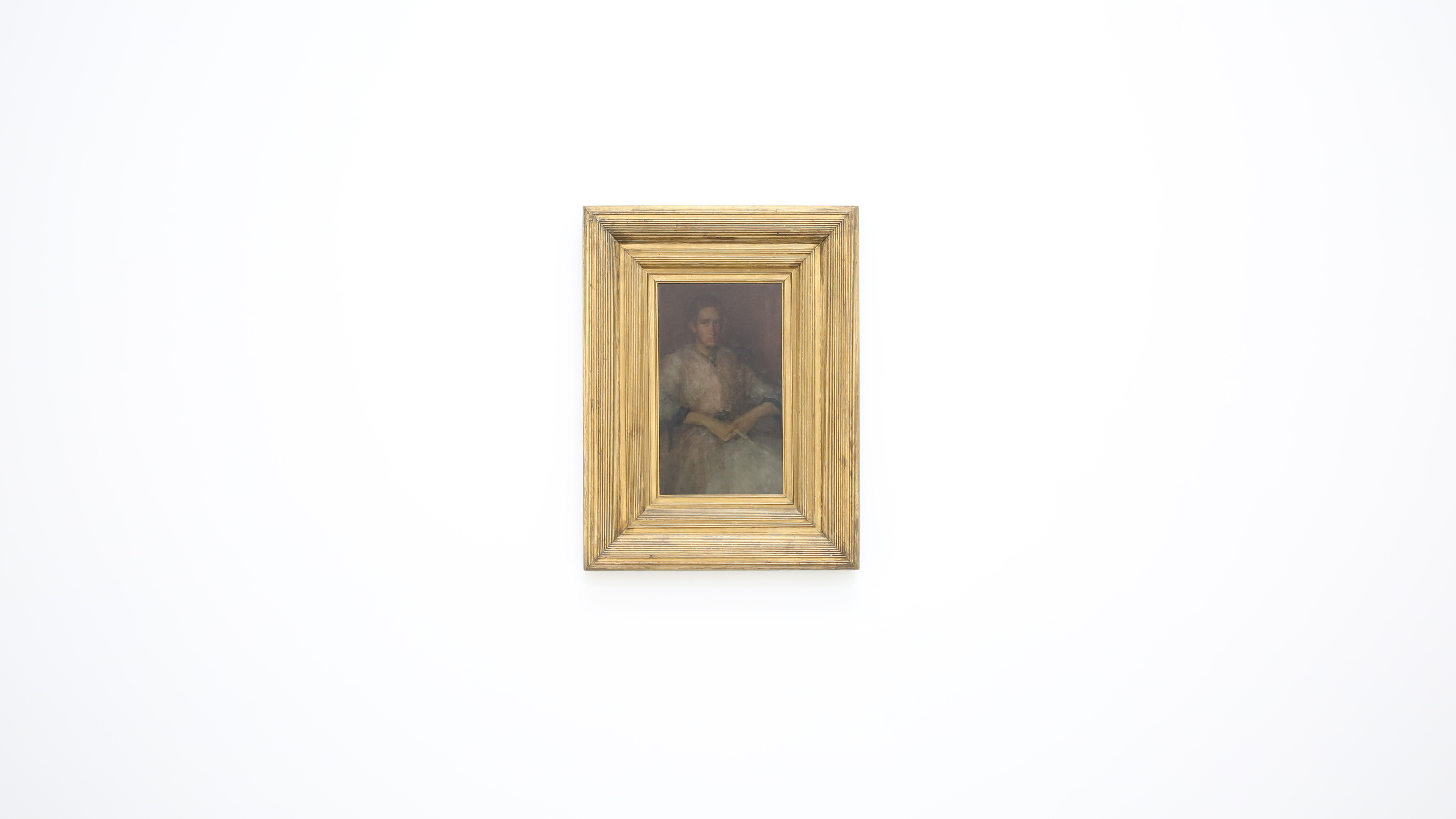 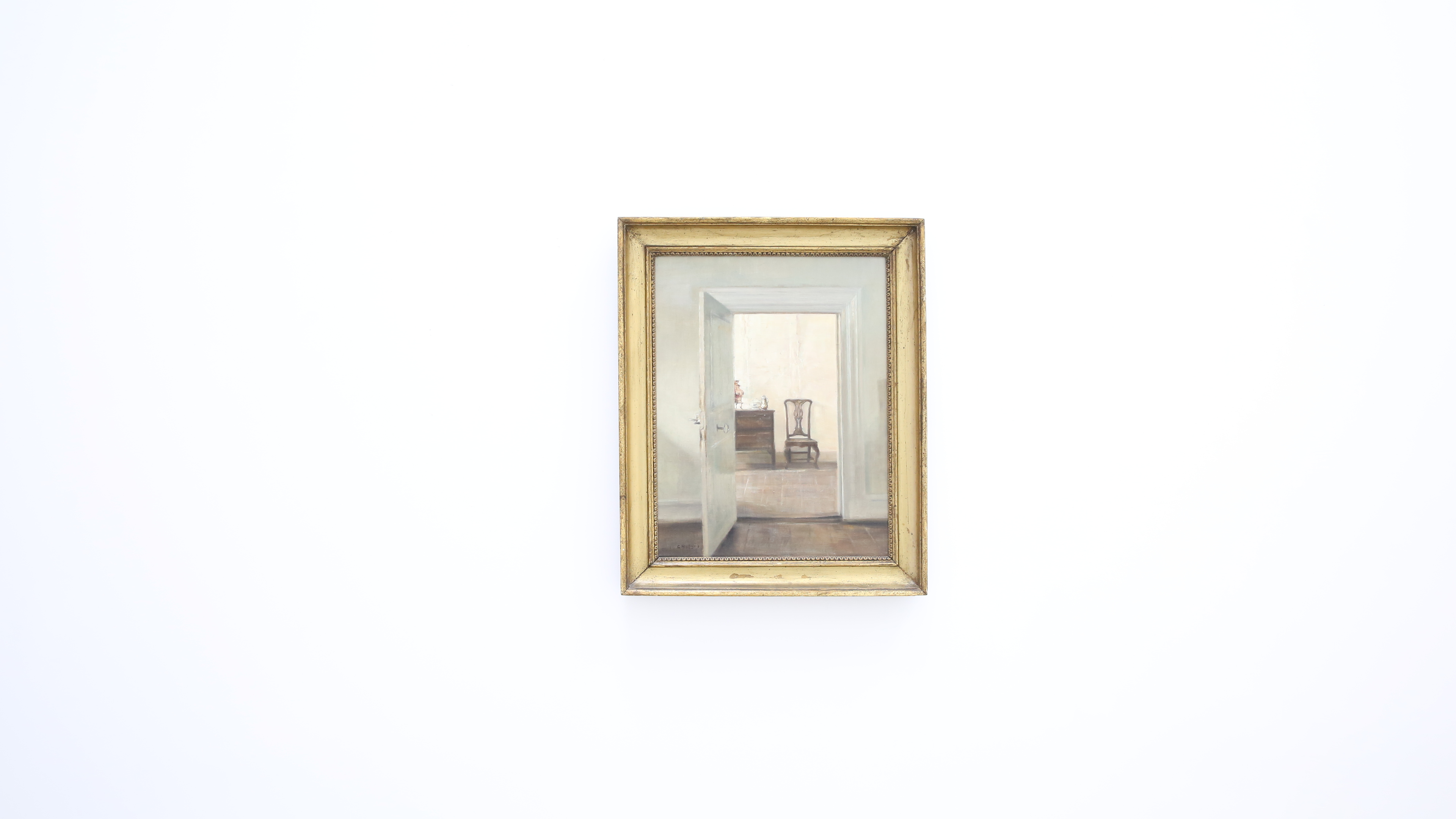 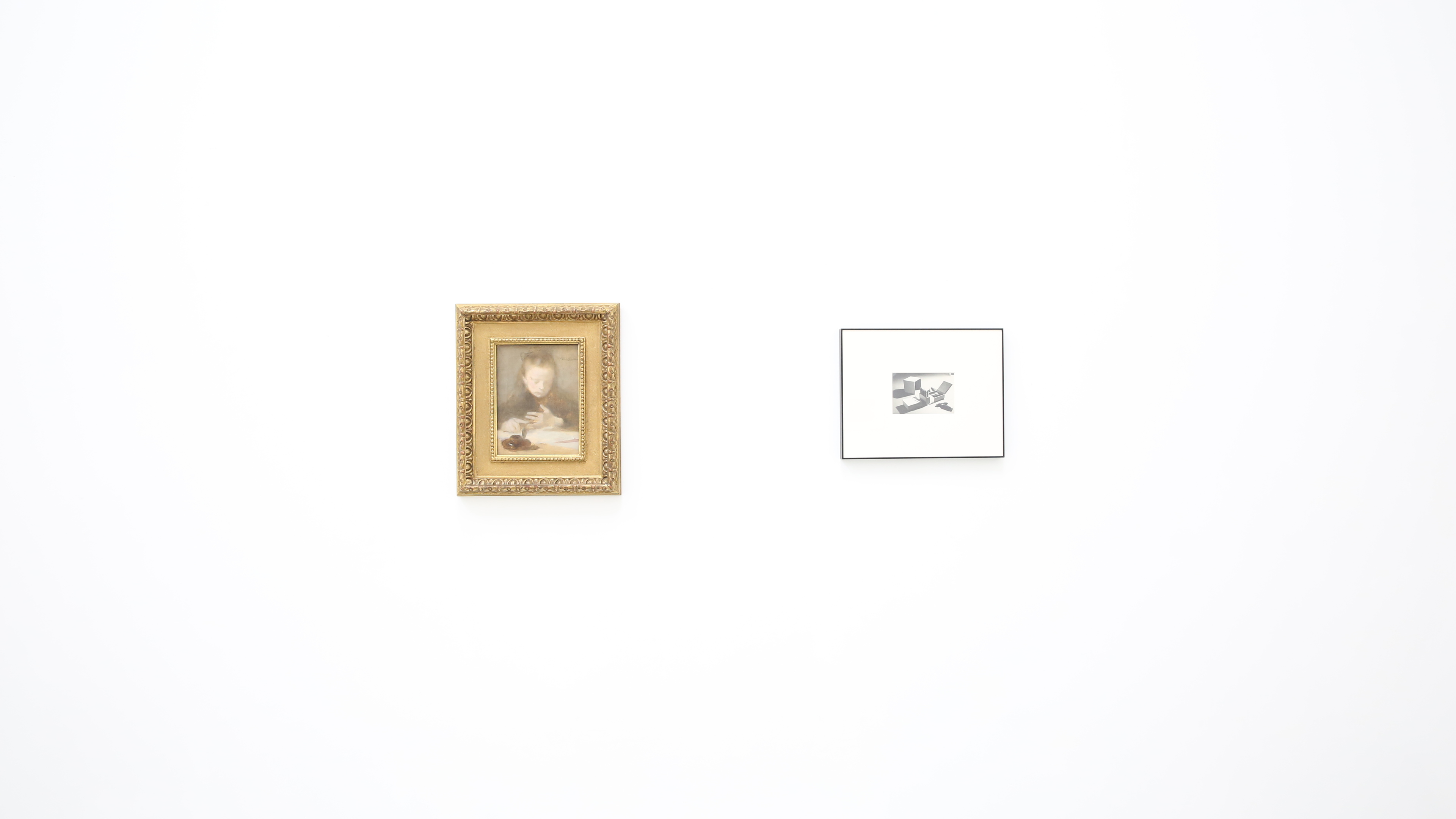 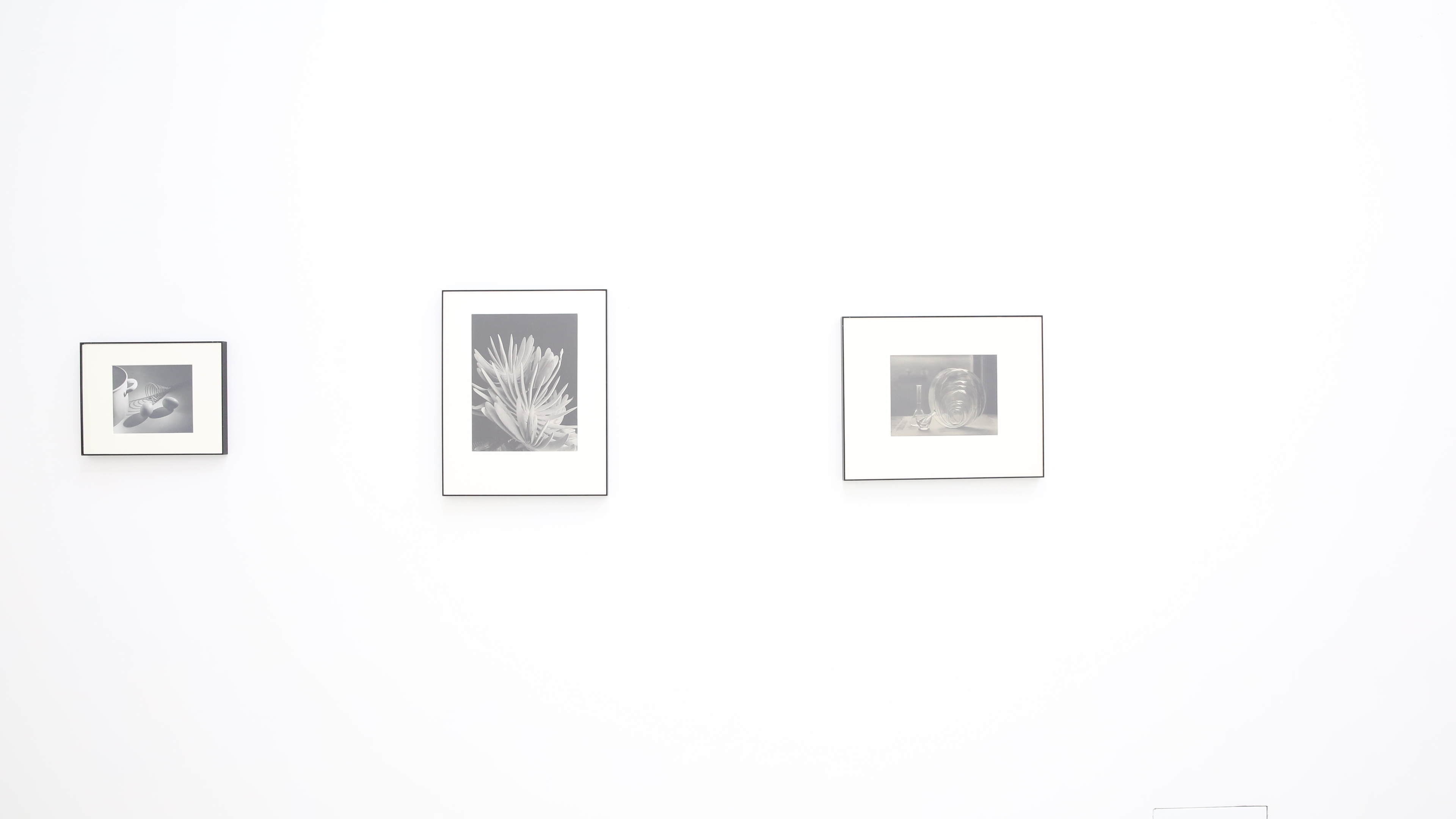 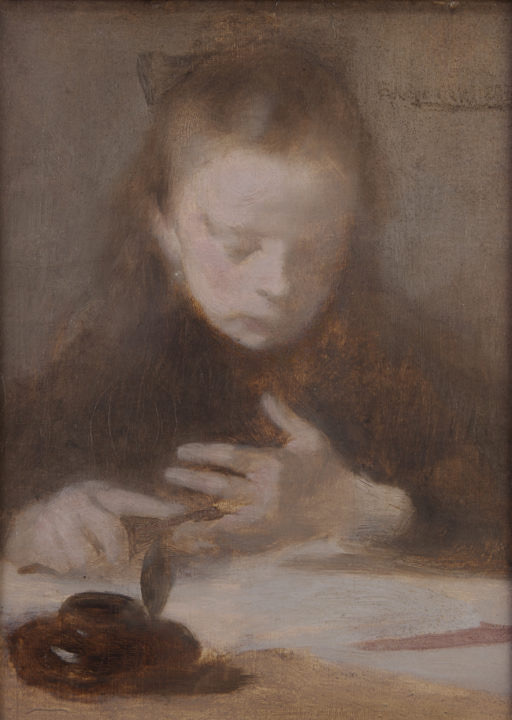 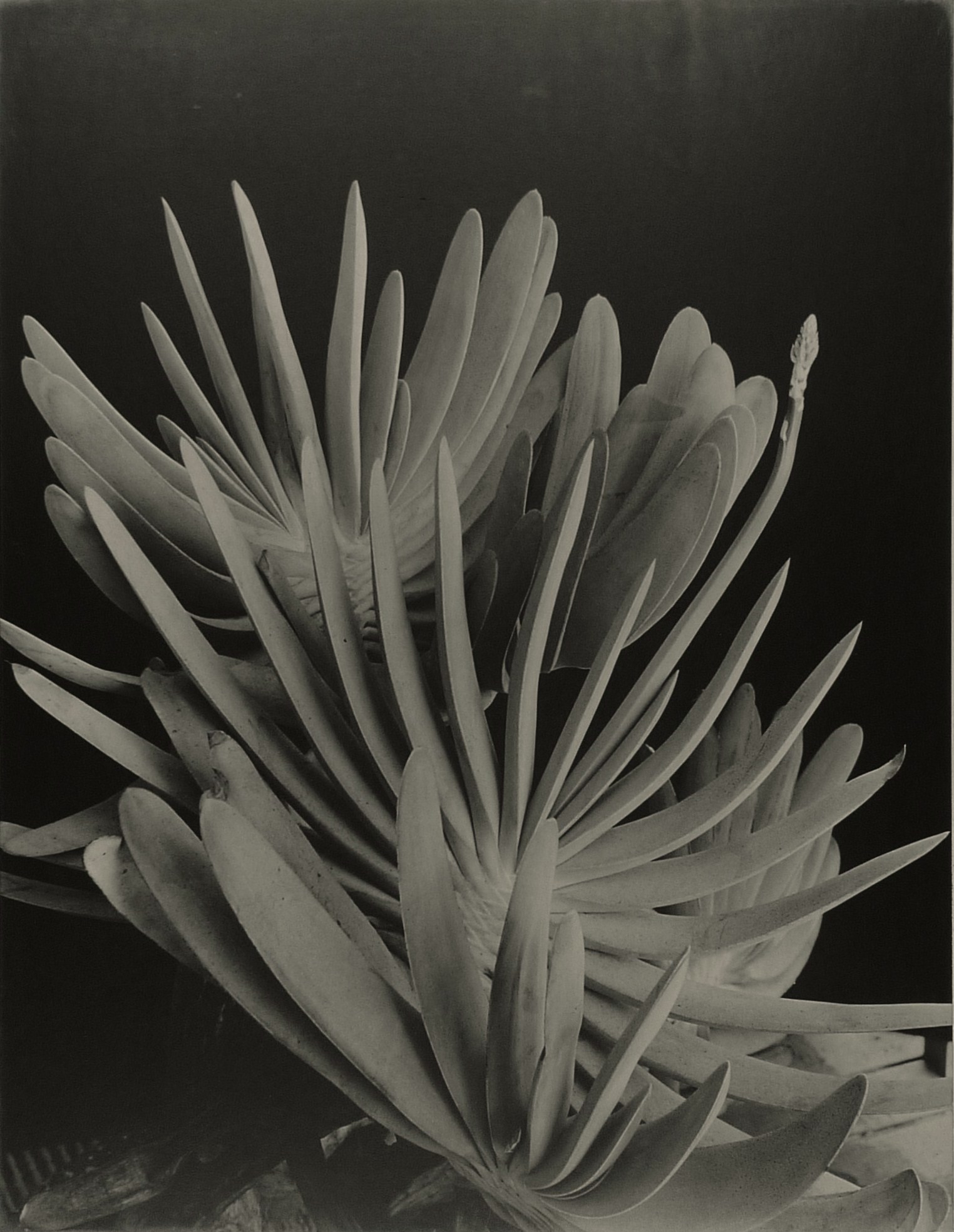 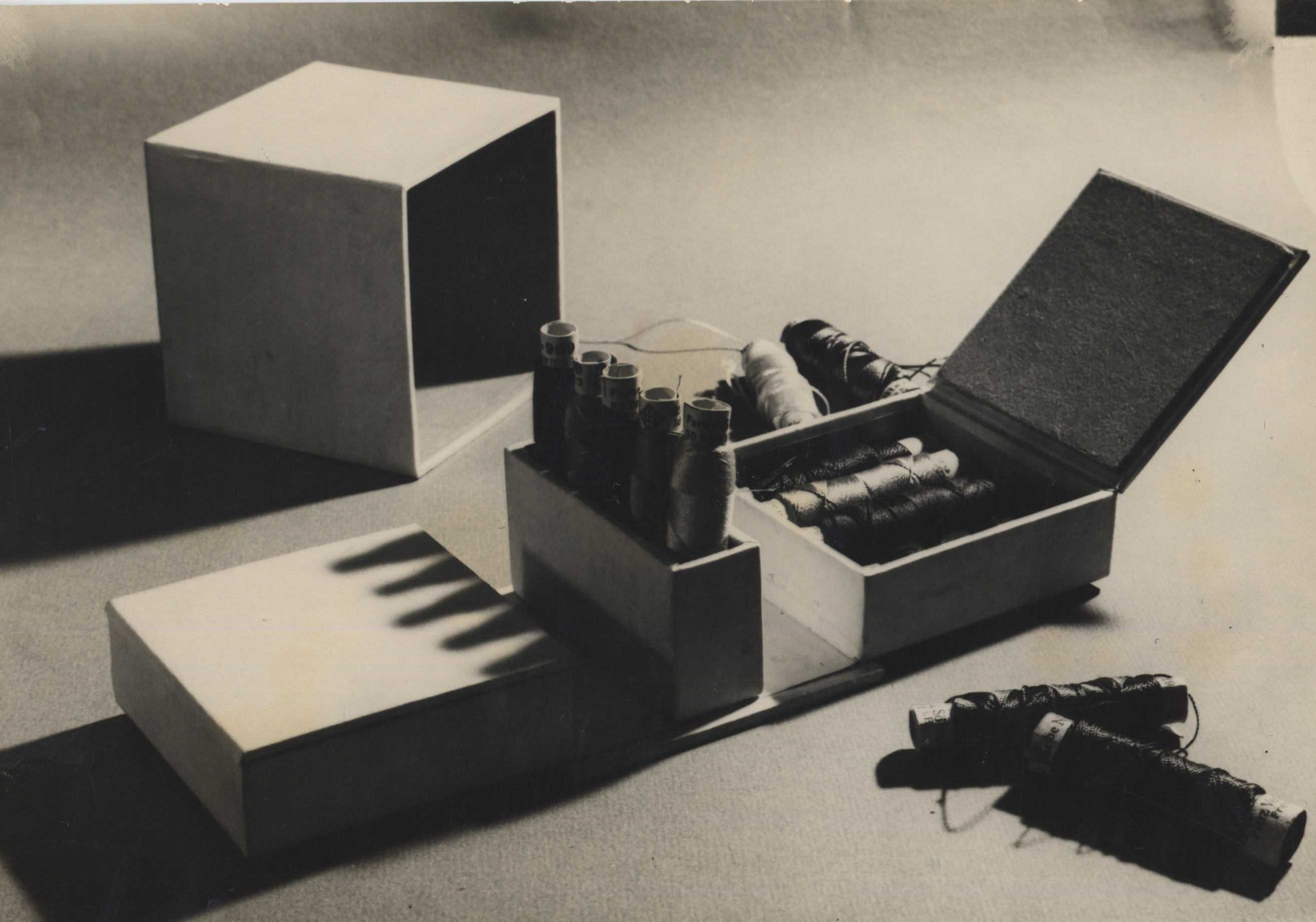 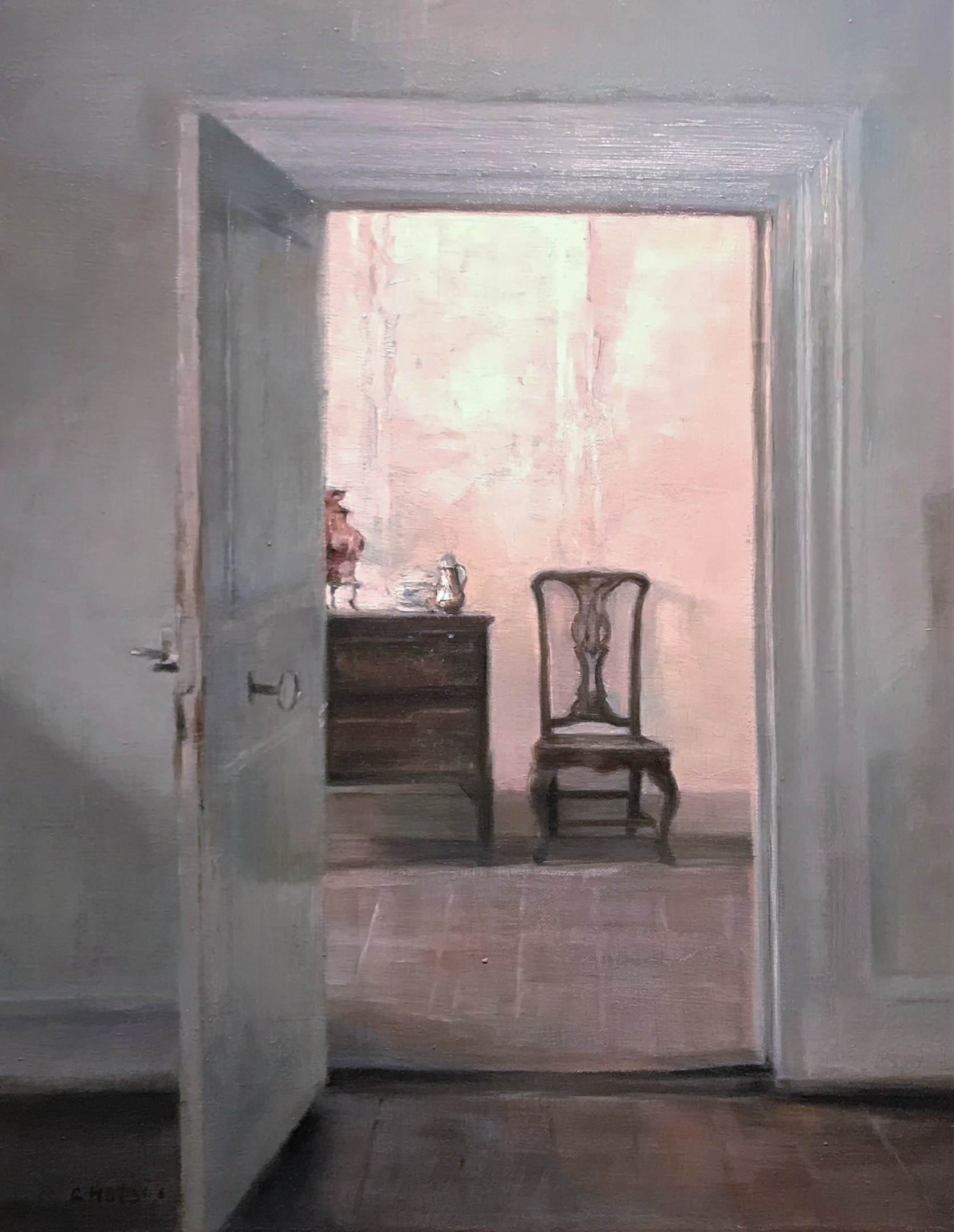 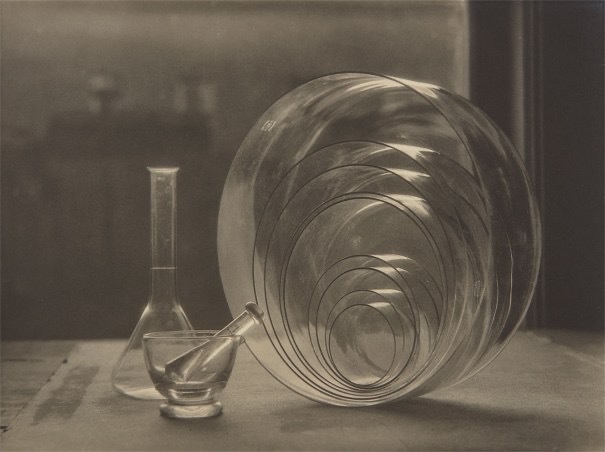 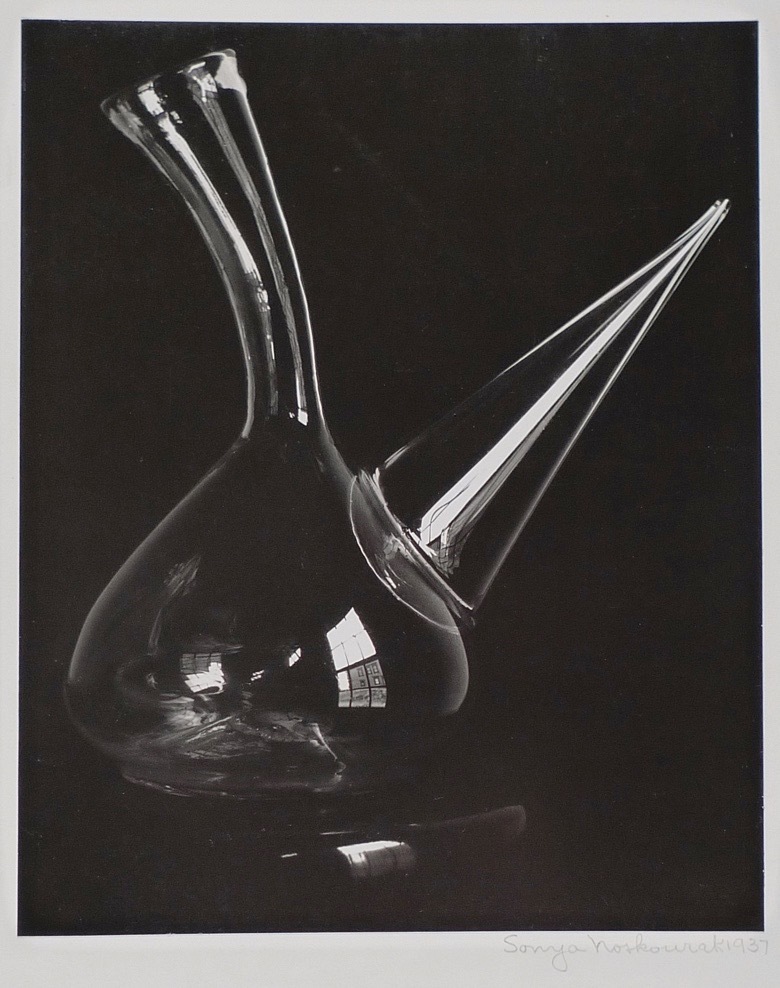 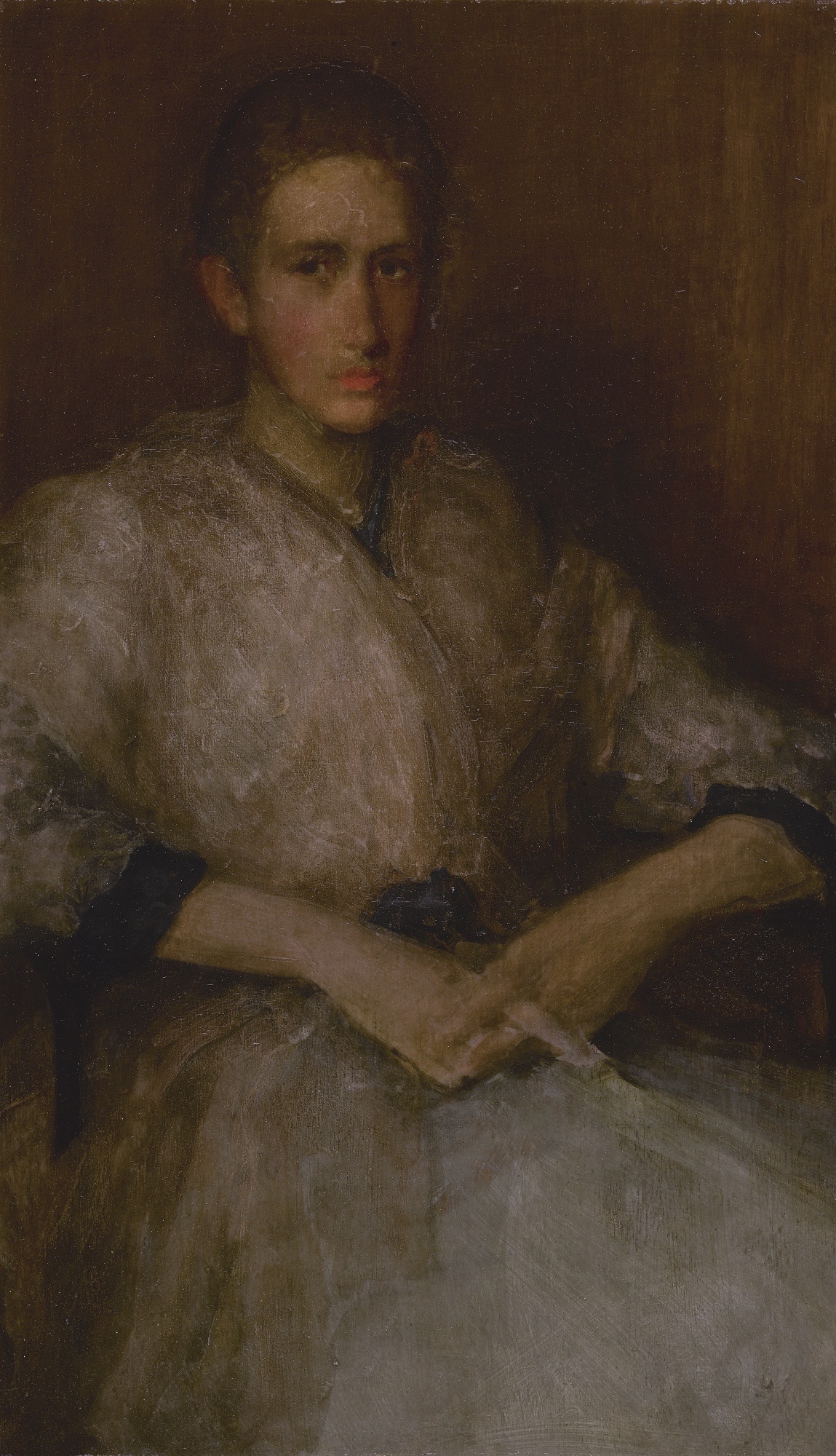 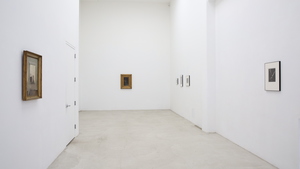 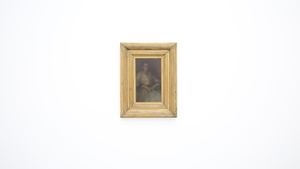 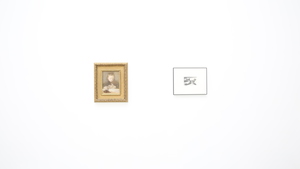 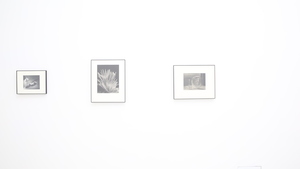 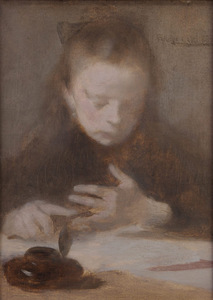 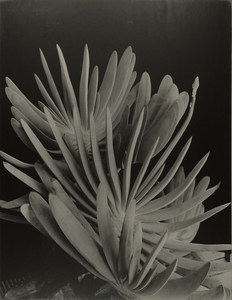 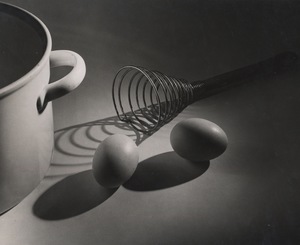 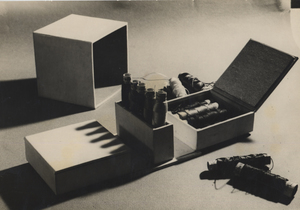 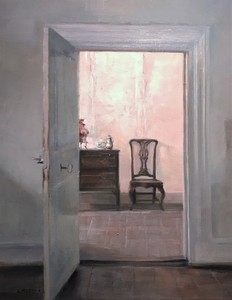 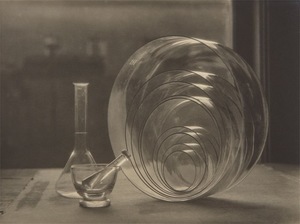 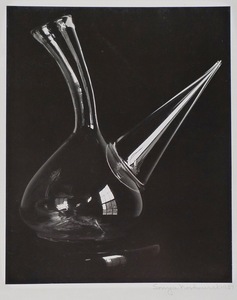