Shin Gallery is pleased to present together ten works of emotion and precision from master of enigma Joseph Cornell and lifelong “com-poser” of forms Stephen Antonakos. Both artists arrange found objects and art materials succinctly, in highly specific placements that define each work’s meanings — or at least its questions. Both worked mainly in New York: Cornell in his mother’s house on Utopia Parkway in Queens and Antonakos in Soho. Both had work in Martha Jackson’s brilliant 1960 exhibition “New Forms — New Media I” and in the Byron Gallery’s important 1965 show “Boxes.”

Cornell’s boxes, and here his frames, have such a tight grip on their enclosed images they seem to exist outside time. In the 1930s engraving, the young legs pedal urgently, but the bicycle’s wheels are slashed by the etching’s left and right edges. The central, slightly tinted collage image — a turkey for roasting? a whale? a gigantic heart? pierced by rows of short cruel rods — seems equally unlikely to reach a good end. We are compelled to try to “get it, ” to find its meanings, but they are locked behind the glass, unreachable. Likewise, “Quiet Autumnal,” the dark backyard photograph Cornell framed 30 years later, lures the viewer irresistibly inward — a visual magnet. The toy horse may refer to myths, childhood, loss — or none of the above. The “answer” is ultimately unattainable and so the desire is endless, an epitome of nostalgia. Talk about “Temps Perdus.”

Cornell’s recognizable images and objects are associative and pull the imagination deep into mystery’s dark interior. Antonakos’s abstract elements are literal and experienced as specific material forms in the real world of the gallery. Each of his imaginative combinations of found and made elements from what Robert Storr has called The Age of Assemblage, generally the 1950s, is fully realized and has its own character and meanings. At the same time, they already manifest important concerns that compelled the artist for the next 50 years: complete and incomplete geometry in definitive placements; real, non-representational use of materials; and spatial and temporal engagement with the viewer.

The elements in the stretched cloth “Sewlages” retain their “found” identities and are subtly 3-D. These works perhaps lead to the “Neon Canvases” and “Neon Panels” begun in the 1980s where, still, materials are meant to be seen for themselves, without reference, and whose colored neon glows reach out into space. They are wall works, but they don’t stop there.

The untitled yellow box from 1960 is meant for the hand, to be opened and closed. This work and the box forms in the major “Four Landscapes” (1957) seem to predict the artist’s long, important history of indoor and outdoor Rooms whose geometric neon elements define their spaces. The dowels (not found, bought in the lumber store) in these constructions clearly predict the 3-D linearity of neon, Antonakos’ most characteristic material.

The “Four Landscapes” invites the viewer to walk around it to see its two faces. It is complex and contains worlds, but it is friendly. It reaches out its hand to offer The Cube, and smiles as it dangles a larger blue sphere below. The viewer’s spatial and kinetic engagement with these constructions also already involves time, a component perhaps clearest in the neon works’ responsiveness to changes in natural light at their sites and of course in the conceptual Packages begun early in the 1970s. Fully realized important works in themselves, the Assemblages also act as heralds of

Antonakos’ future inventions — the linear and massive neon sculptures, neon wall works, Public Works of vast scale, Rooms, Chapels, collages, Travel Collages, the conceptual Packages, and much more. All evolved from the artist’s innate formal rigor, his receptiveness to the real world, and identification with geometry. As he said, “The square, the angle, the arc, the line — they last forever.” 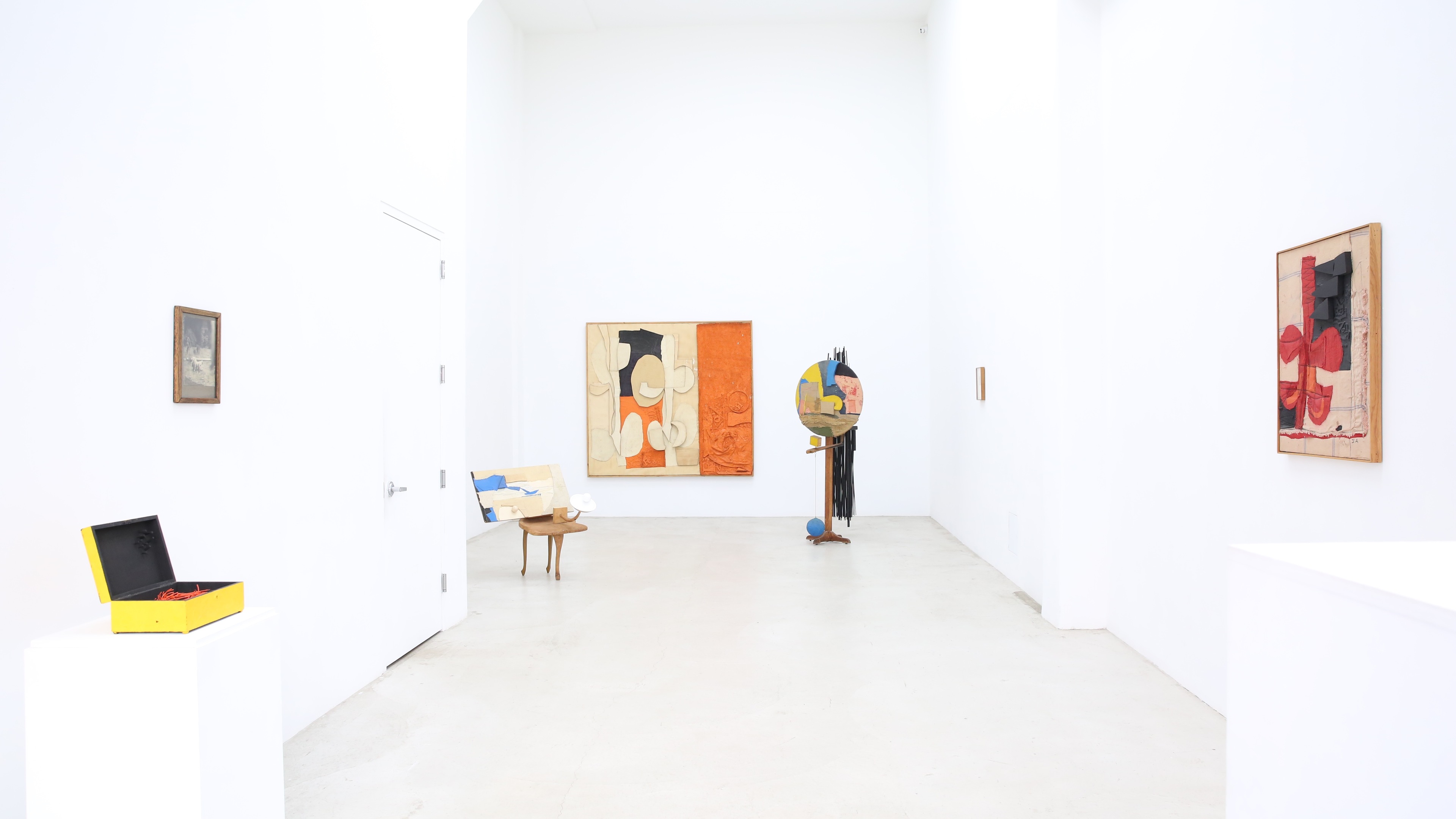 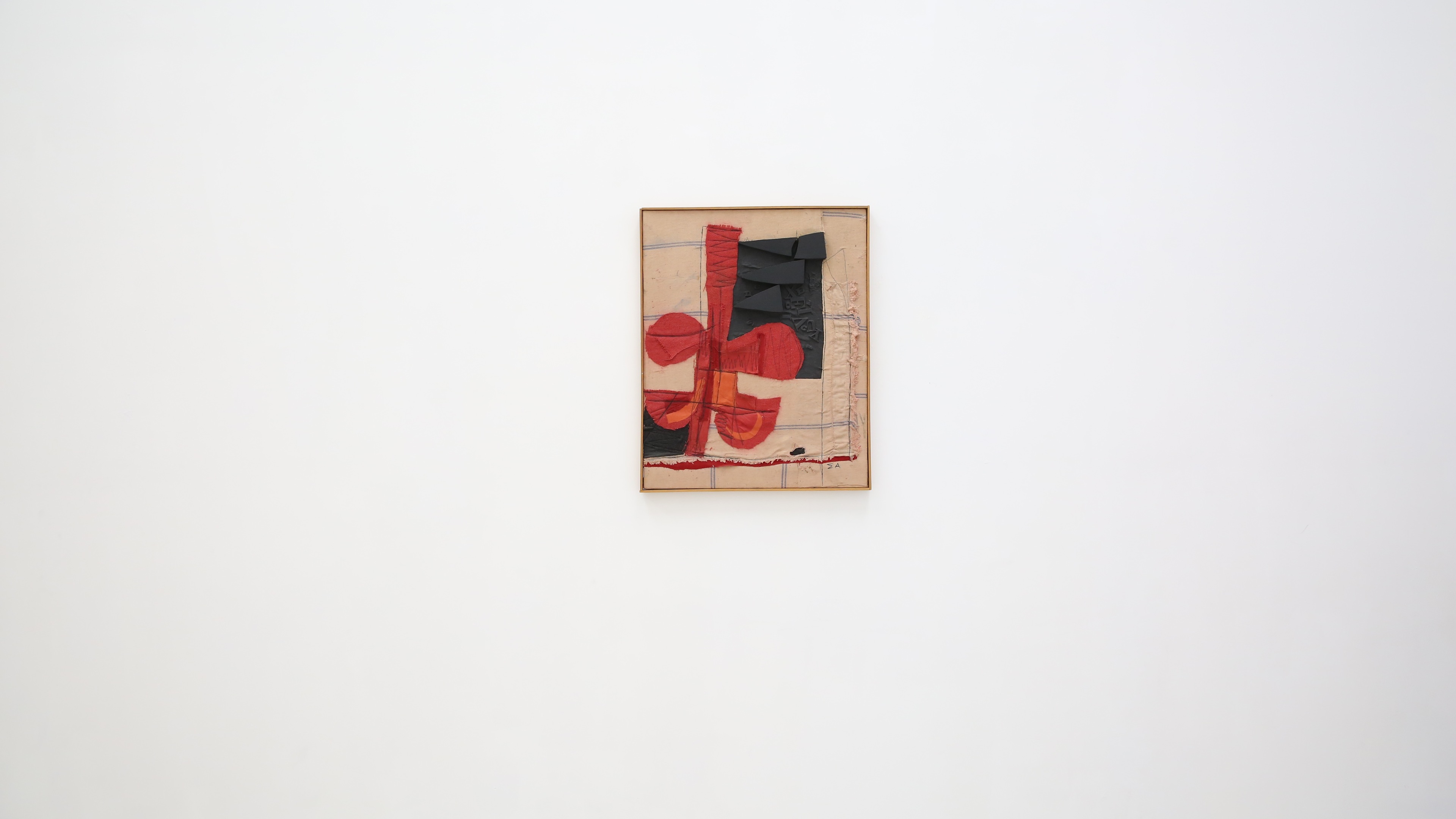 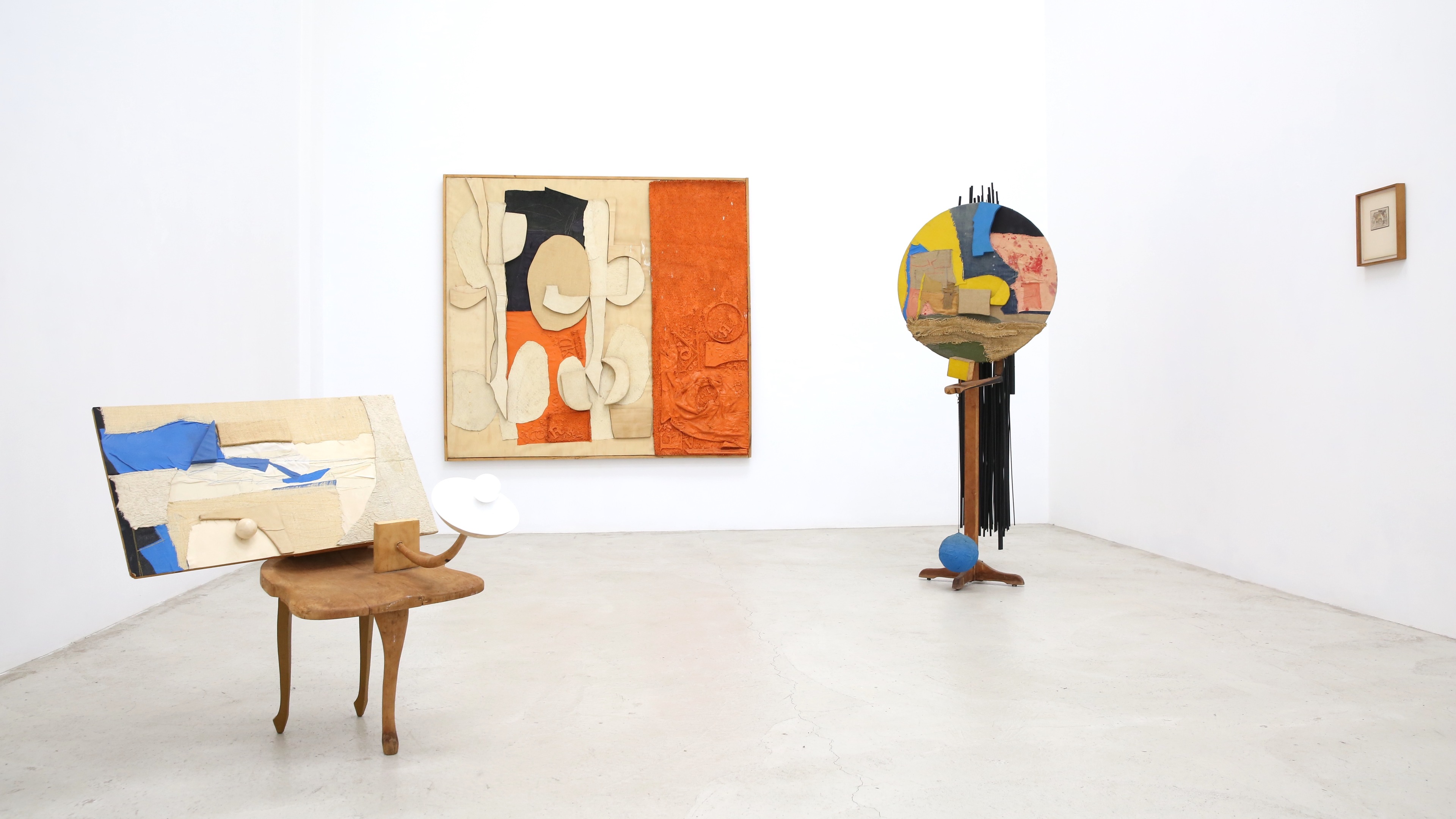 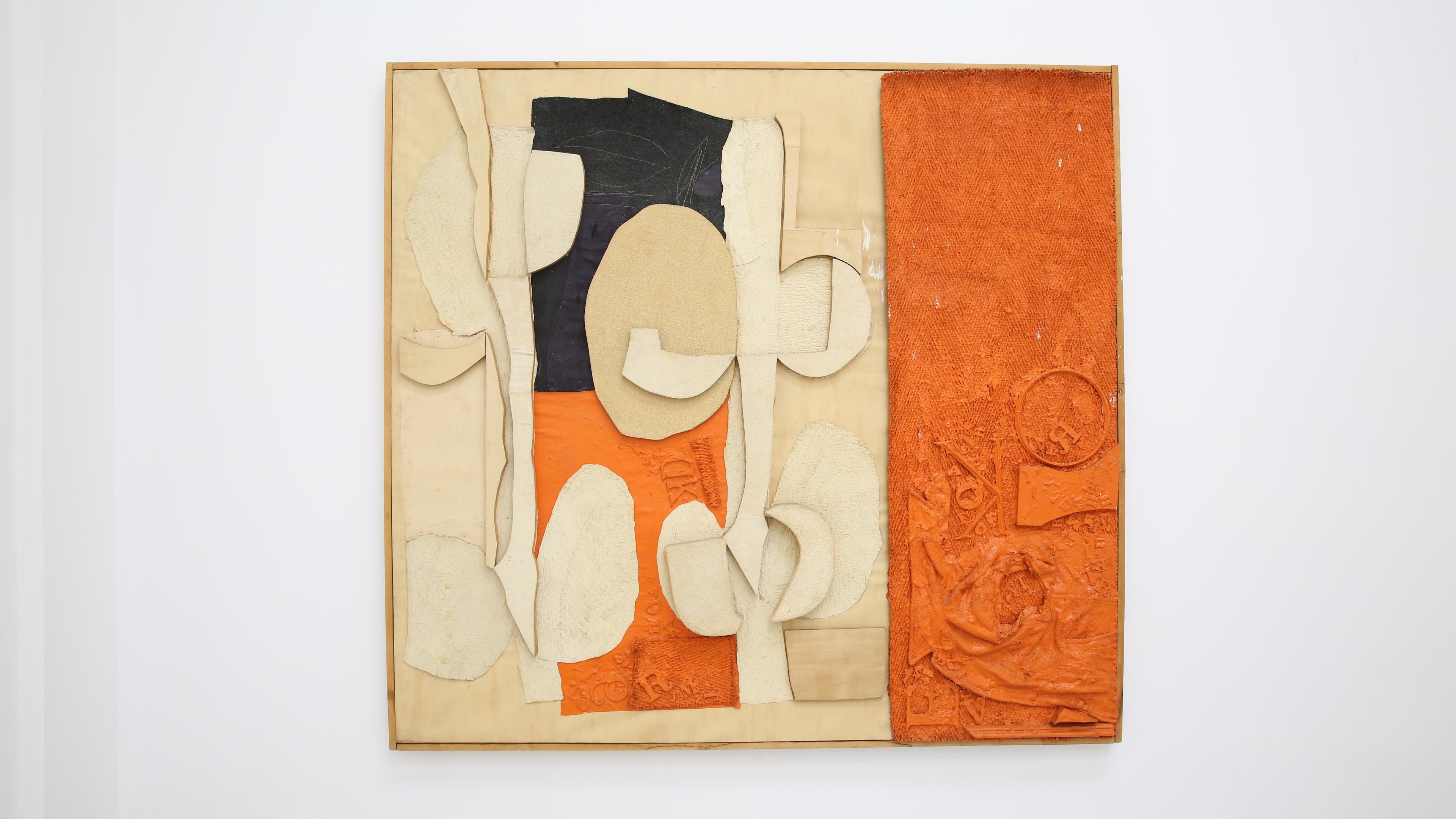 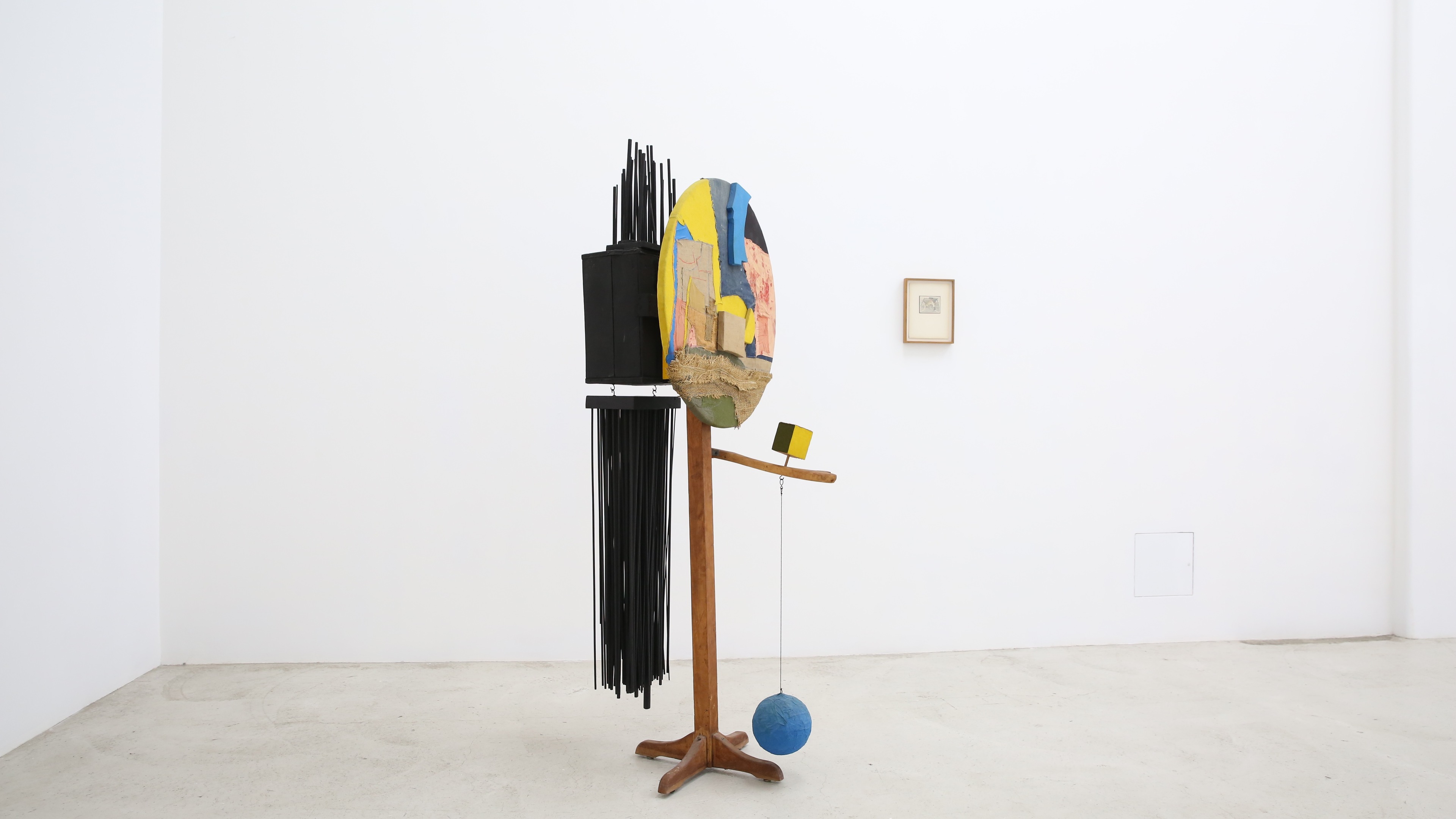 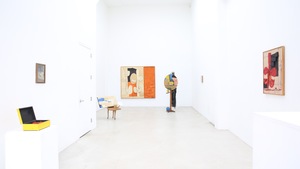 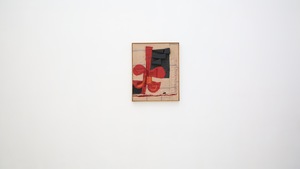 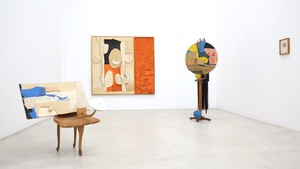 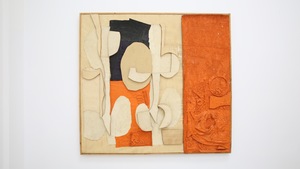 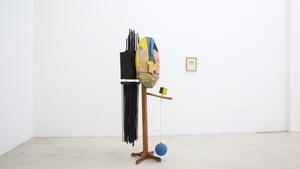 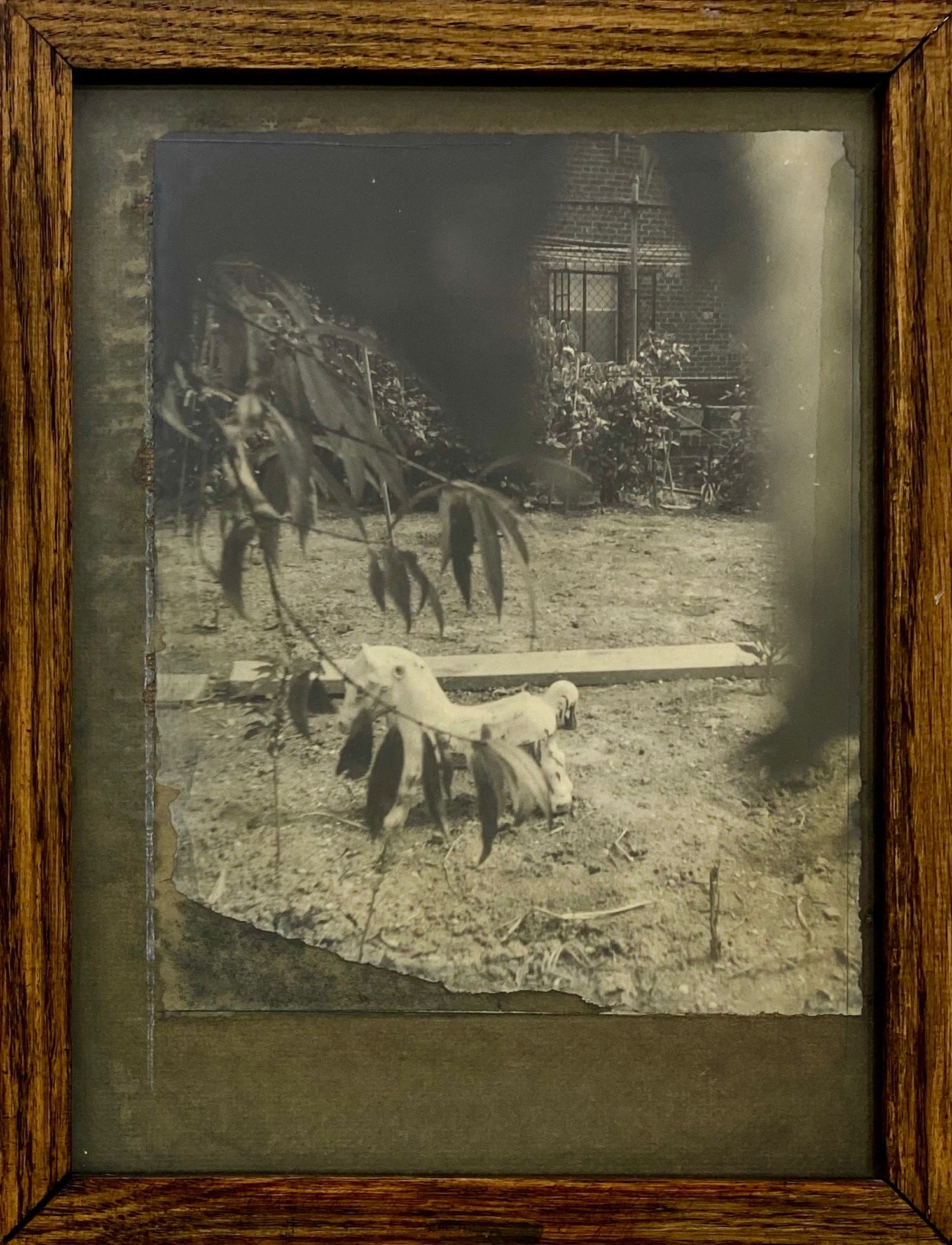 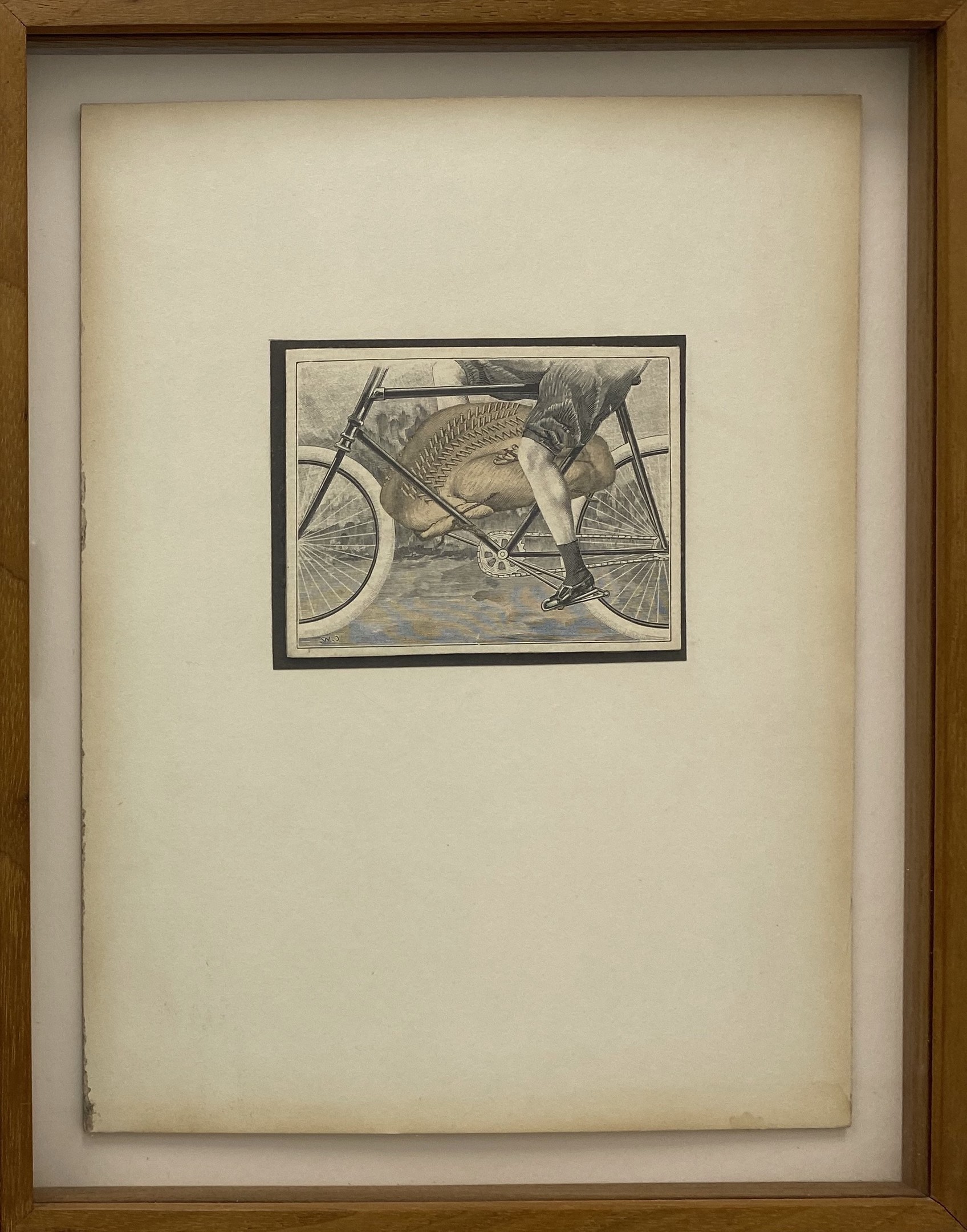 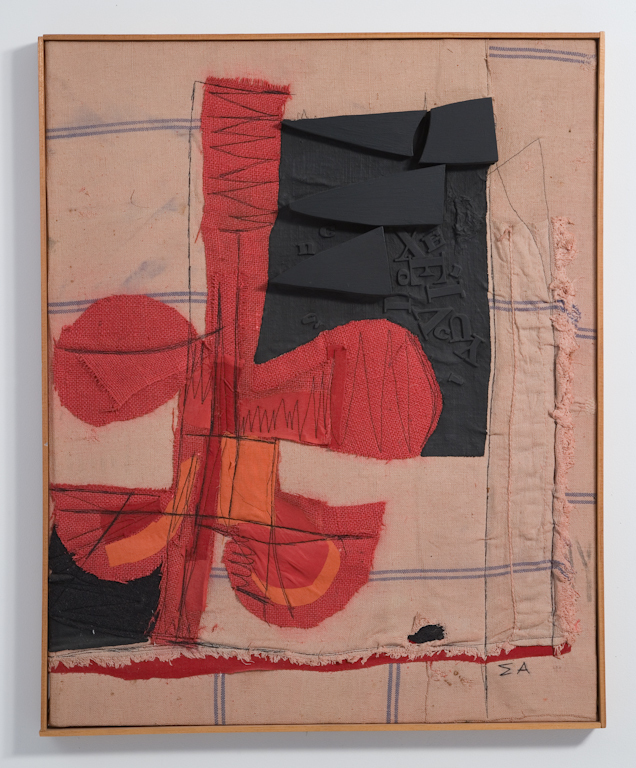 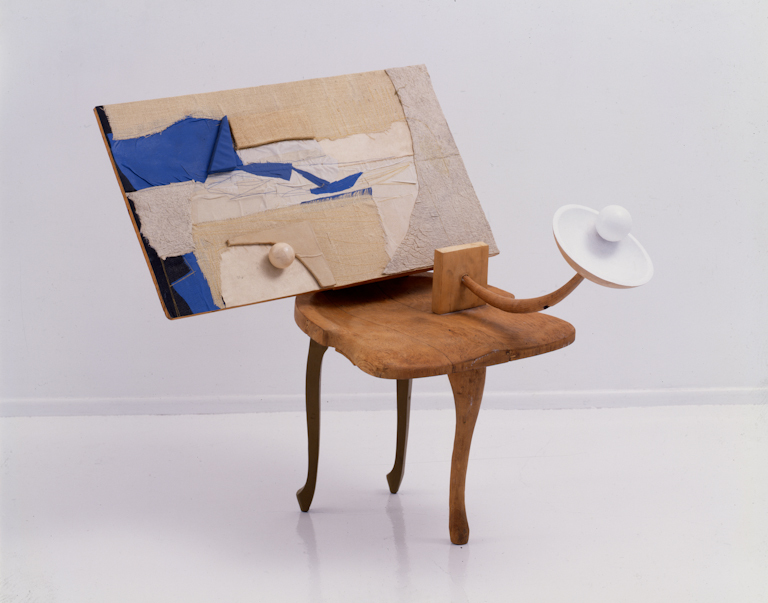 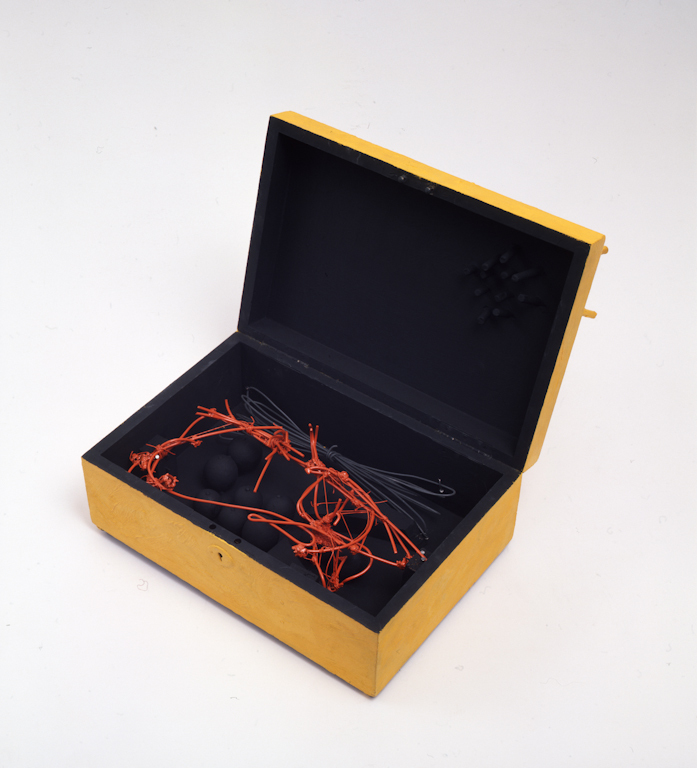 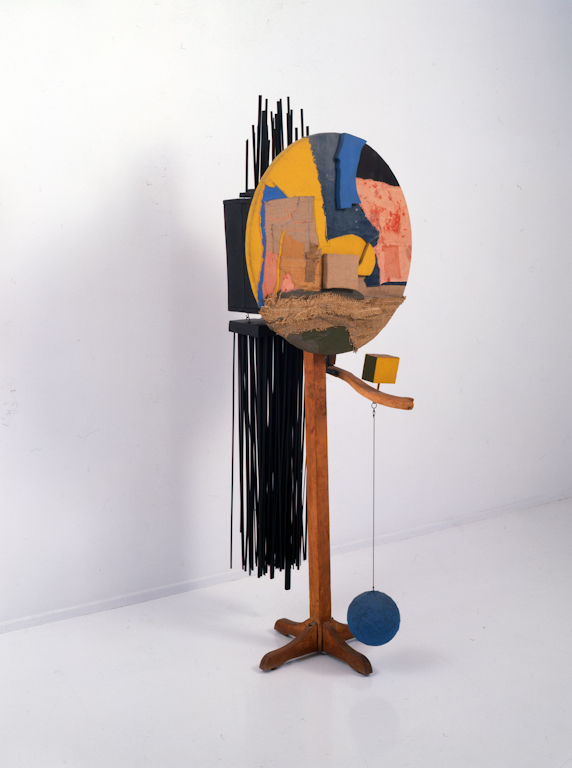 Ink, printed paper, and photograph collage on board 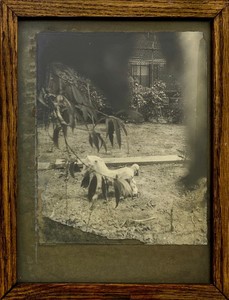 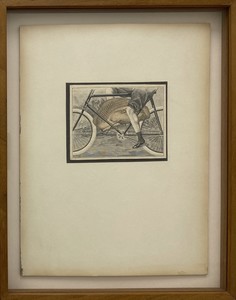 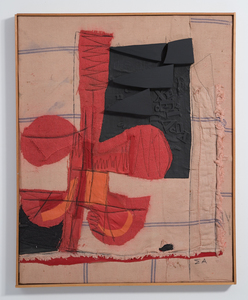 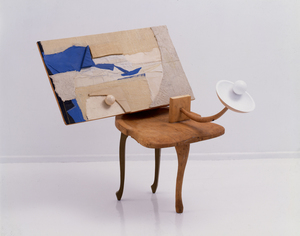 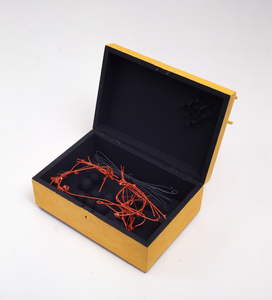 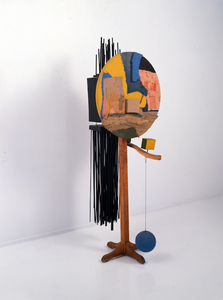