The artist questions the painting per se as well as Greenberg’s Modernist Painting’s theory which regards an image on a painting merely as a heap of paint on canvas and is characterized by materiality and flatness while following the tradition of reflective thinking. However, his painterly logic incorporates the situations that surround an artwork, that is to say the format and condition of the exhibition space and also the characteristic of media that attracts viewers. His research on this extended painterly logic is precisely reflected in the thoroughly handmade objects and the installation process.

In fact, the installations and objects you will encounter on the first floor function as painterly elements within the exhibition space that the artist designated as a canvas. Inter- series consists of circle and triangle shaped frames covered with fabric onto which colors are painted, and is complemented by the light pink and mint colored walls of the exhibition space. With this series, the artist detaches the basic elements of a painting such as points, lines, planes, and colors from the surface of a canvas and then reconstructs them into a relationship between the walls and the three-dimensional installations. Despite of the repeating process of adding layers of color, the uneven parts are deliberately left that way and reveal its true compositional intention. Thus, the object o’er (2016) - multiple layers of glued wood bent into different shapes and then attached one to another - represents the deconstruction and reconstruction of a canvas frame as well as the traces of drawings on which lines and planes are mingled together. The shadows under natural light and built-in LED lights from the vertical section of the work serve as colors. 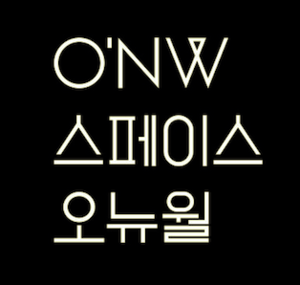 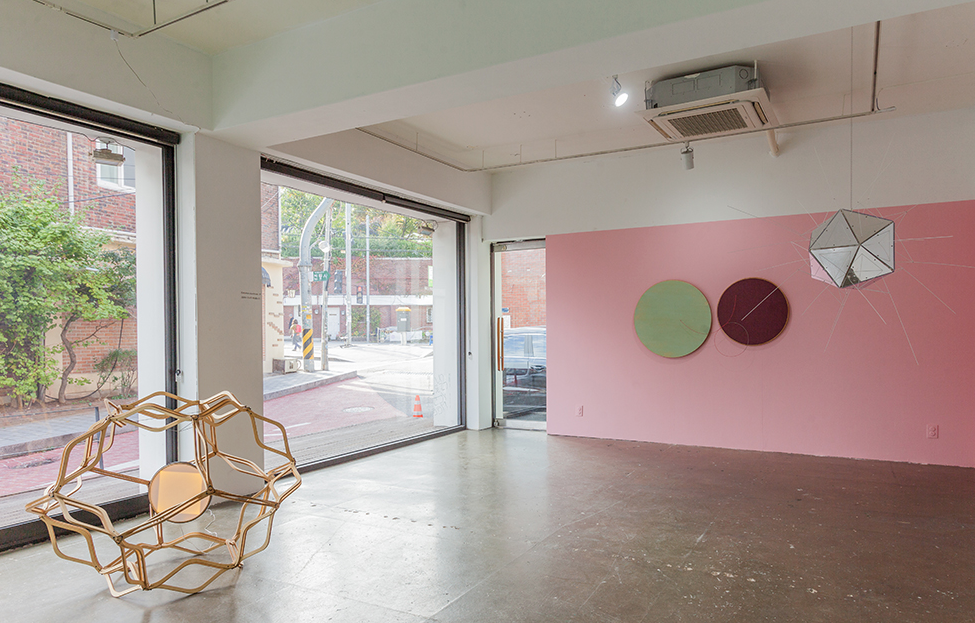 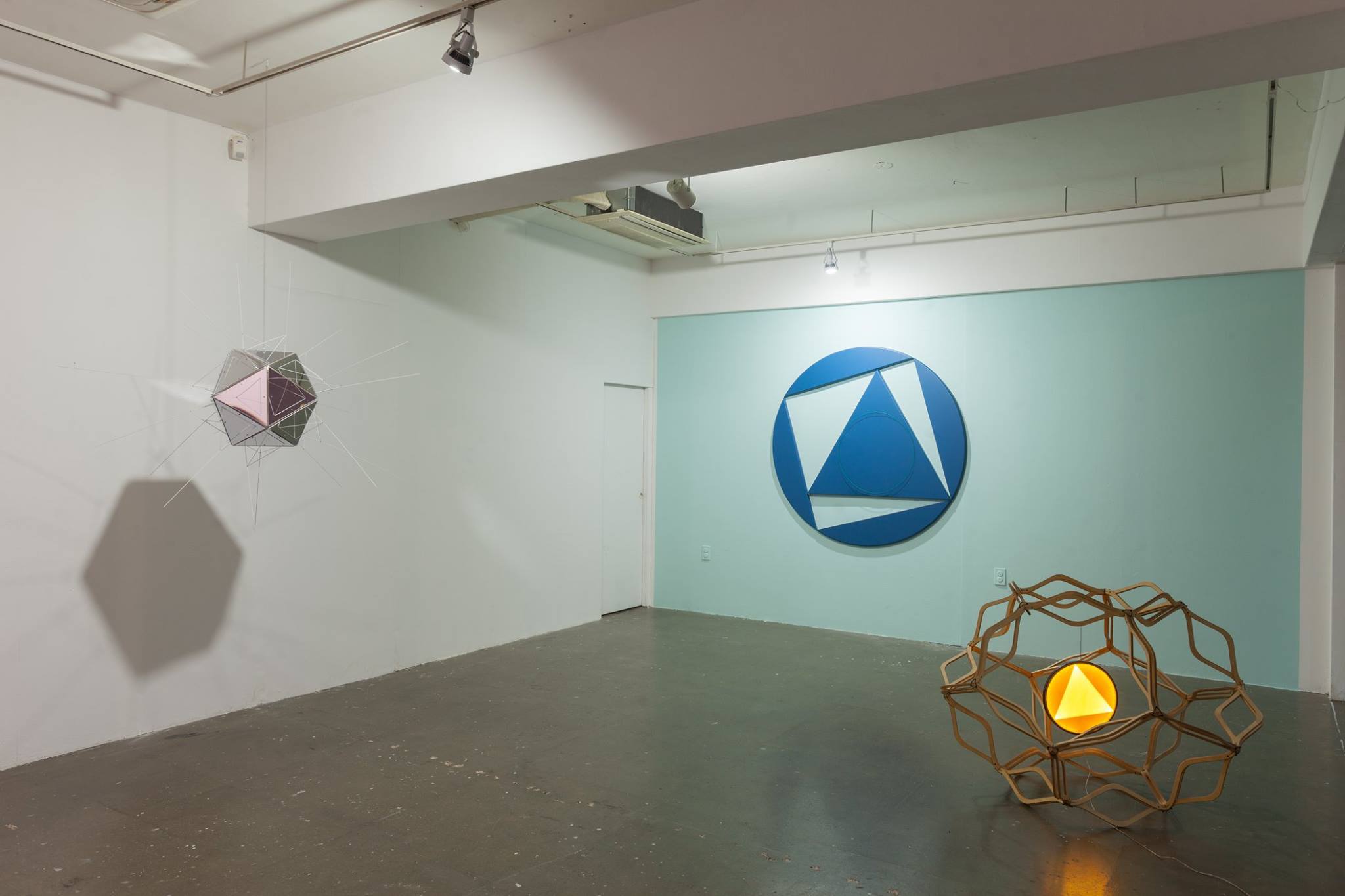 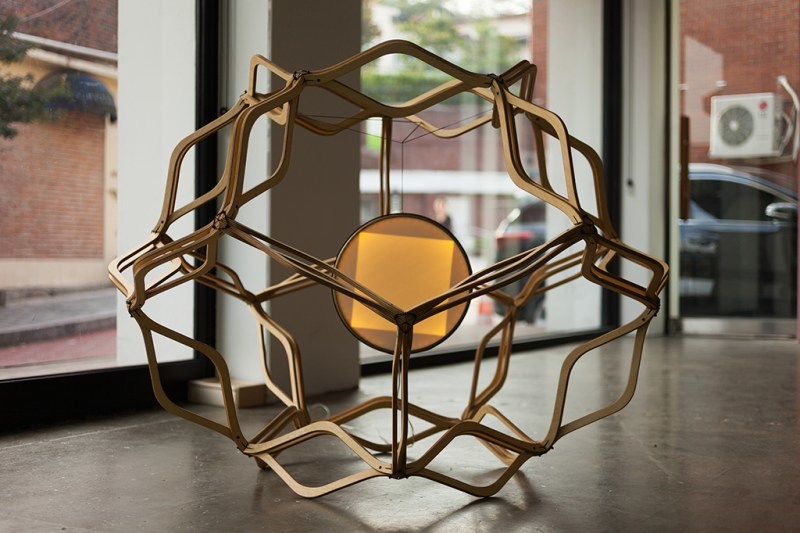 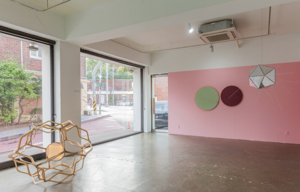 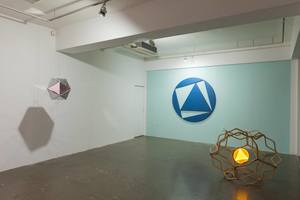 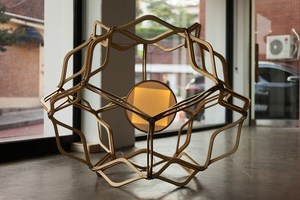 Archives of the Sun