Opening on Thursday, January 30, 2020, Gladys Nilsson: Honk! Fifty Years of Painting features a selection of Gladys Nilsson's large-scale, densely layered, and intricately detailed paintings from 2017 to 2019. Nilsson’s recent works are her first on canvas since the early 1990s, and her largest since the 1970s. The exhibition is organized in collaboration with Matthew Marks Gallery, where a selection of paintings and drawings made between 1963 and 1980 are on view concurrently. Together the two exhibitions comprise the largest representation of the artist’s work to date. (Gladys Nilsson: Honk! Fifty Years of Painting is accompanied by a catalogue co-published with Matthew Marks Gallery, featuring an interview by Alison Gingeras and over one hundred full-color plates. It is the most comprehensive monograph ever published on the artist.)

Like the meticulously constructed watercolors and collages for which she is best known, Nilsson’s recent paintings are filled to the brim with winding, playful imagery and make full use of their monumental scale. In Boating (2018), a skirted woman with aquamarine skin perches above her male companion, with one of her feet balanced on his shoulder and the other on the side of their canoe. Despite the woman’s acrobatic impulse, she’s heavy and unbalanced. Her arms, head, neck, and breasts flail autonomously. Her facial expression adds to the bizarre sexual narrative: A faint smile signals her willing participation, but her squinting eyes humorously hint at a kind of mental vacancy. Distracted by his voyeuristic opportunity, her male companion is unconcerned with the precarious tilt of the boat, which threatens to send them overboard at any moment. In line with her characteristic use of hierarchical scale and horror vacui, the artist fills the composition with lilliputians, their bodies as unruly as our female protagonist’s.

Nilsson first came to prominence in 1966, when she joined five other recent School of the Art Institute of Chicago graduates (James Falconer, Art Green, Jim Nutt, Suellen Rocca, and Karl Wirsum) for the first of a series of group exhibitions called the Hairy Who. The artists’ styles were assertively idiosyncratic, but most had trained with professors Kathleen Blackshear and Paul Wieghardt and adapted some of their respective Surrealist and German Expressionist tendencies. Nilsson skillfully integrates elements of both in her playful investigations into human sexuality and its inherent contradictions. In many ways, Nilsson’s recent works mark a return to the ambition and scale of those early works that helped establish the Hairy Who. She was the first member of the group—and one of the first women in history—to have a solo exhibition at the Whitney Museum of American Art in 1973. In 1990, Nilsson accepted a teaching position at the School of the Art Institute of Chicago, where she is now a professor. 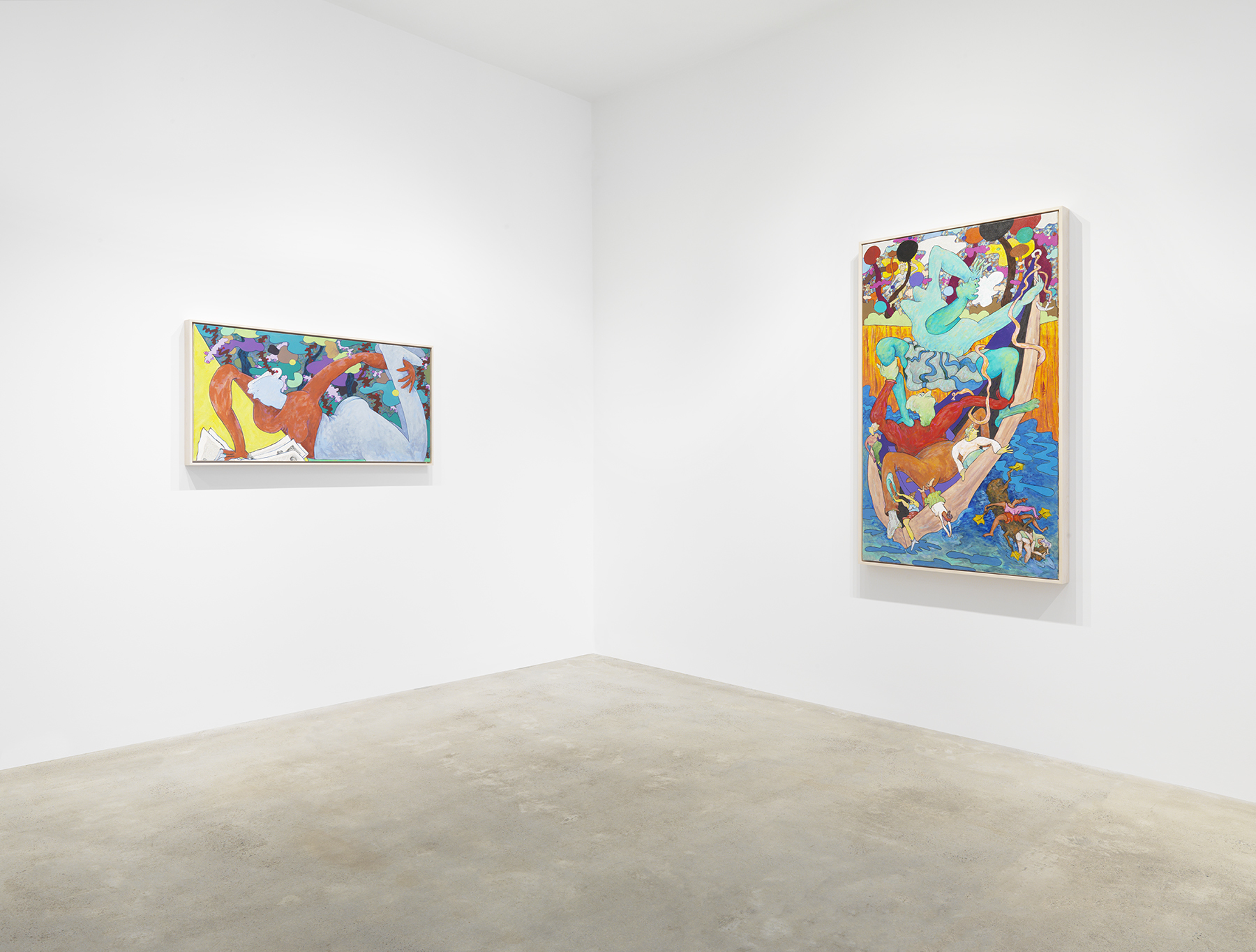 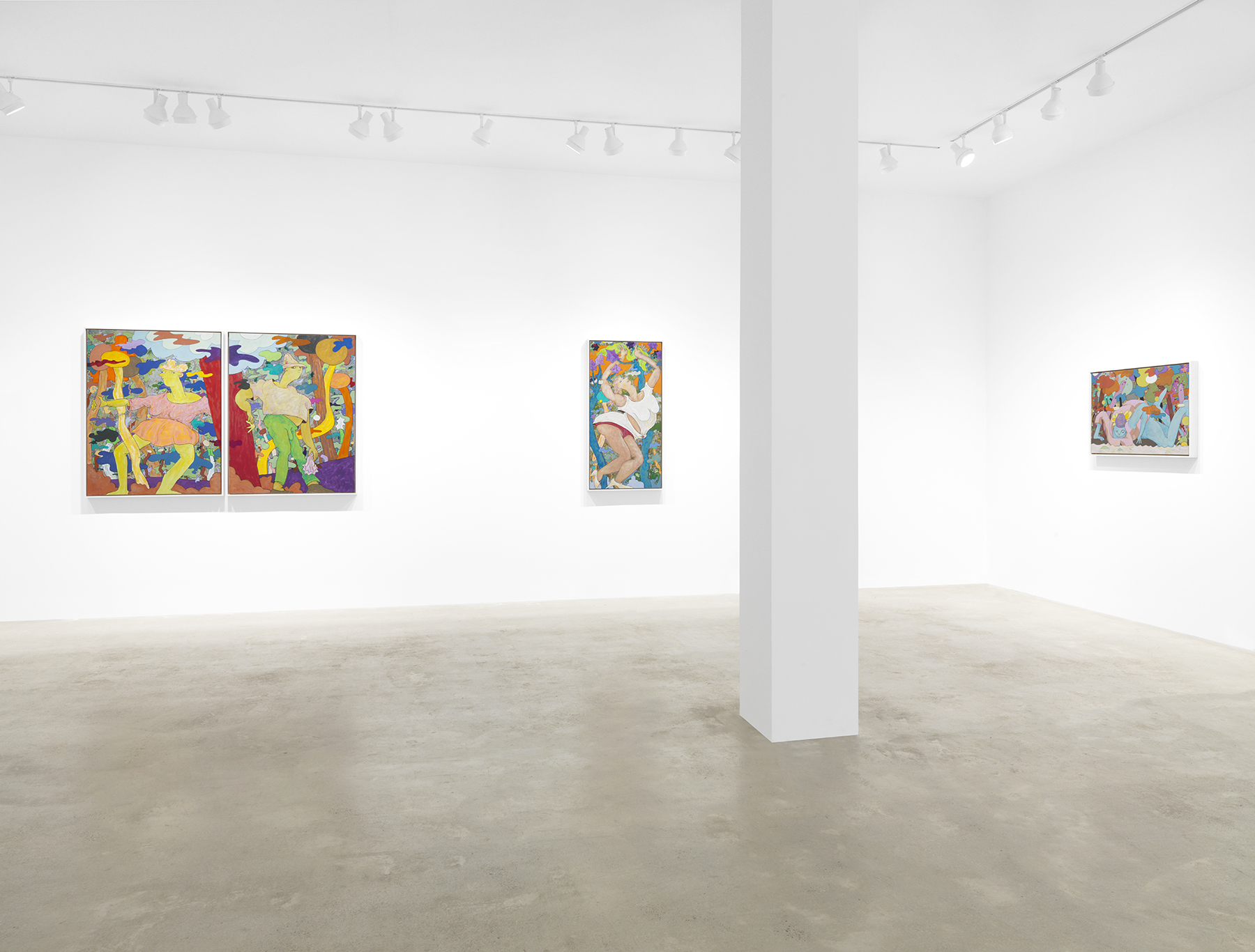 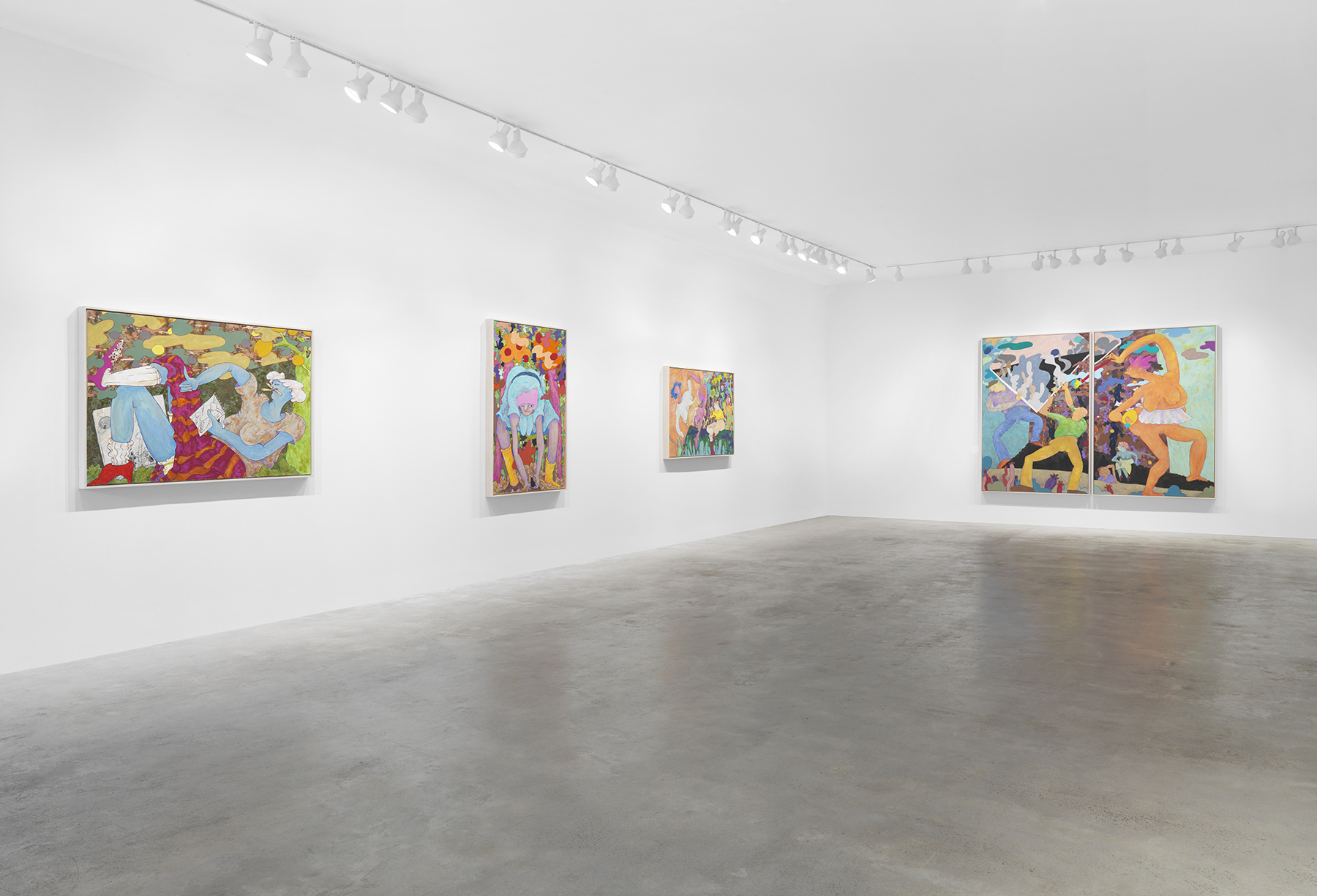 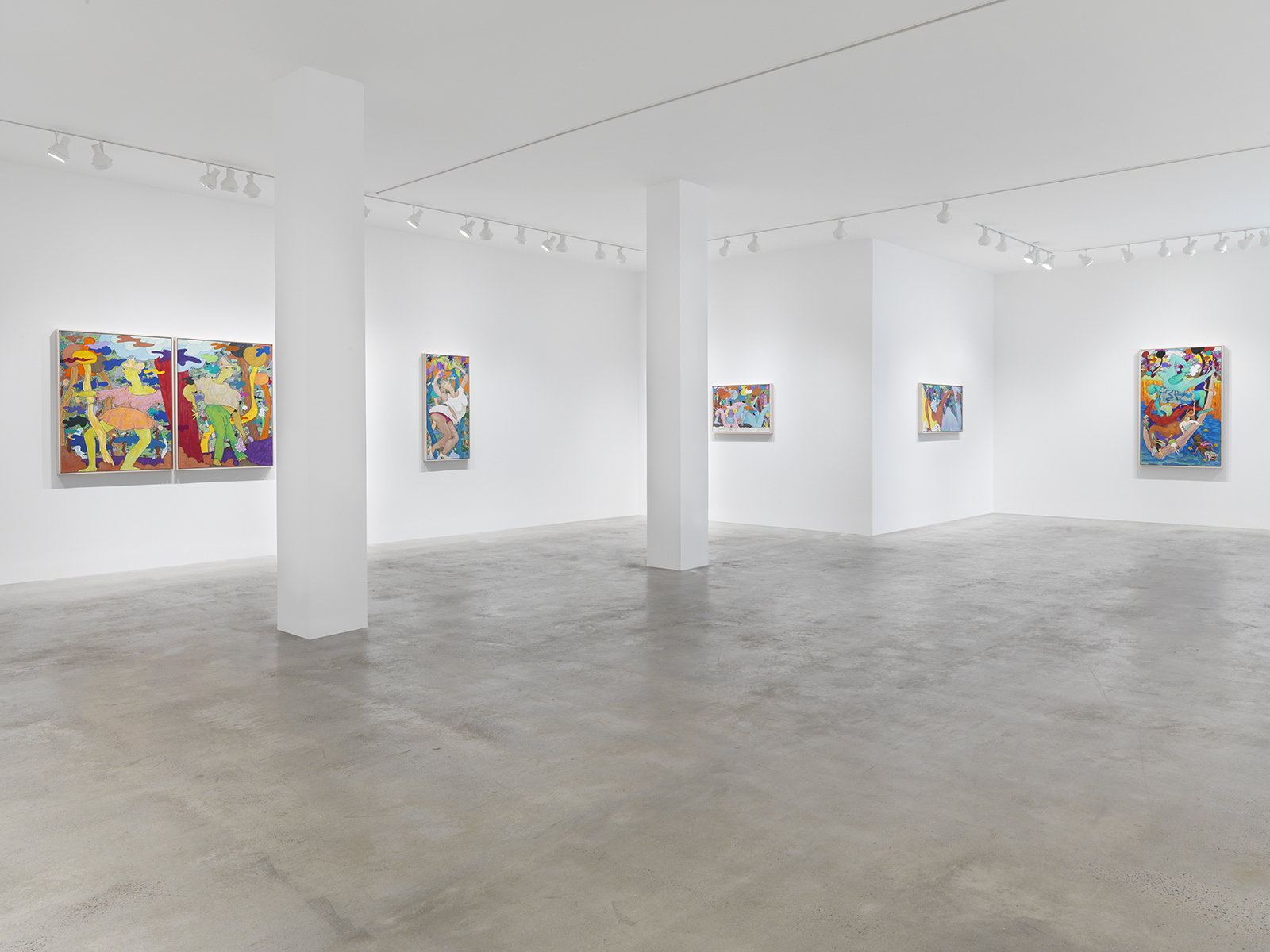 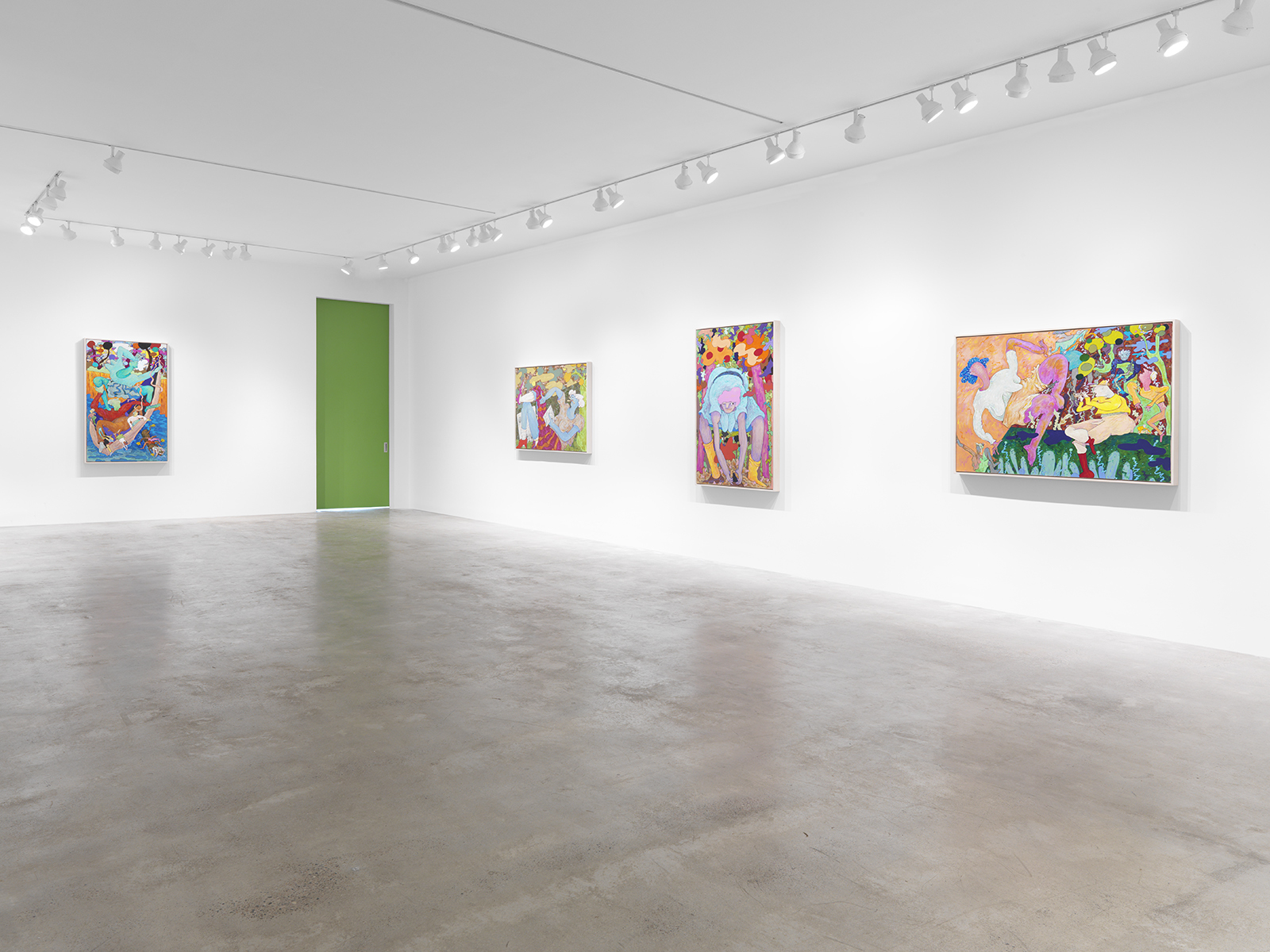 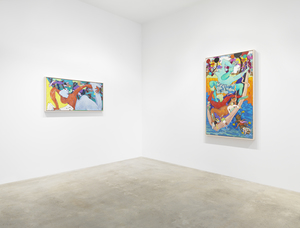 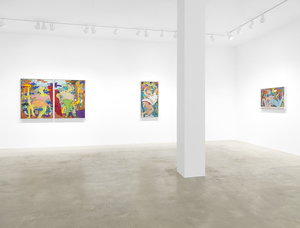 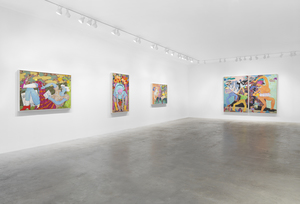 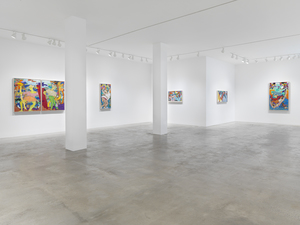 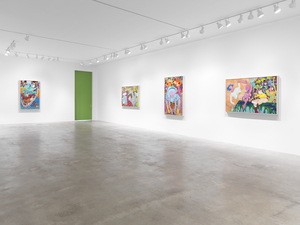 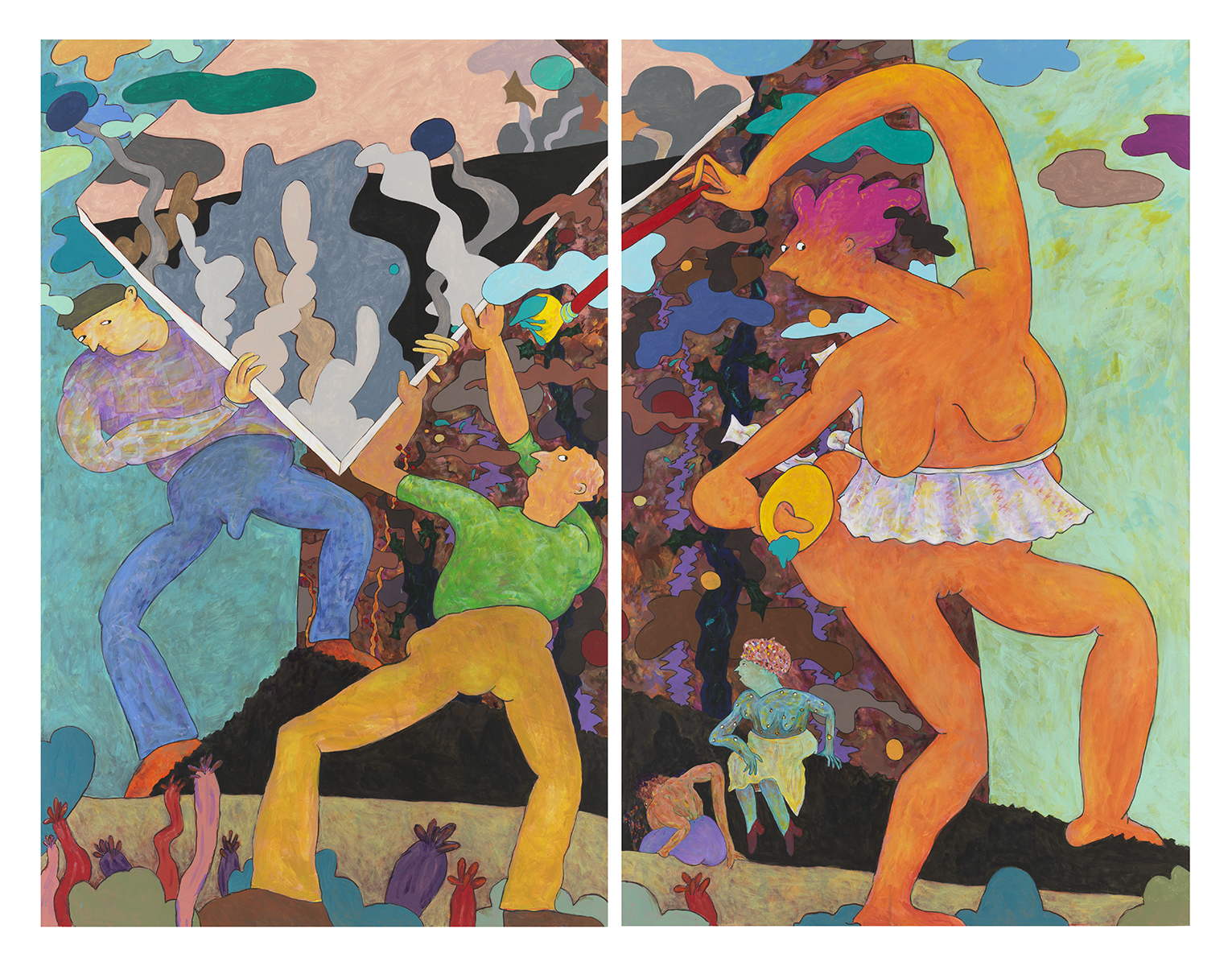 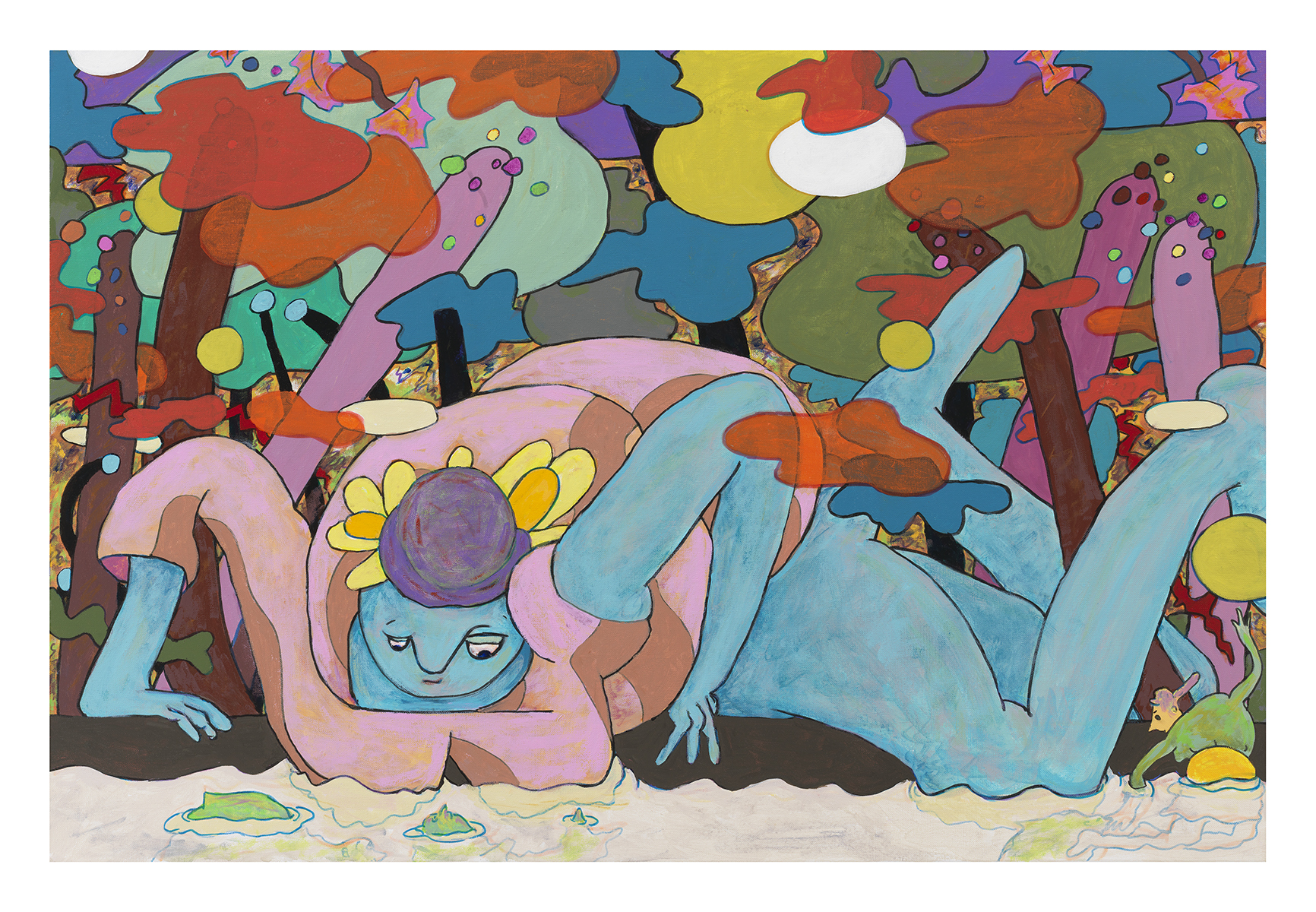 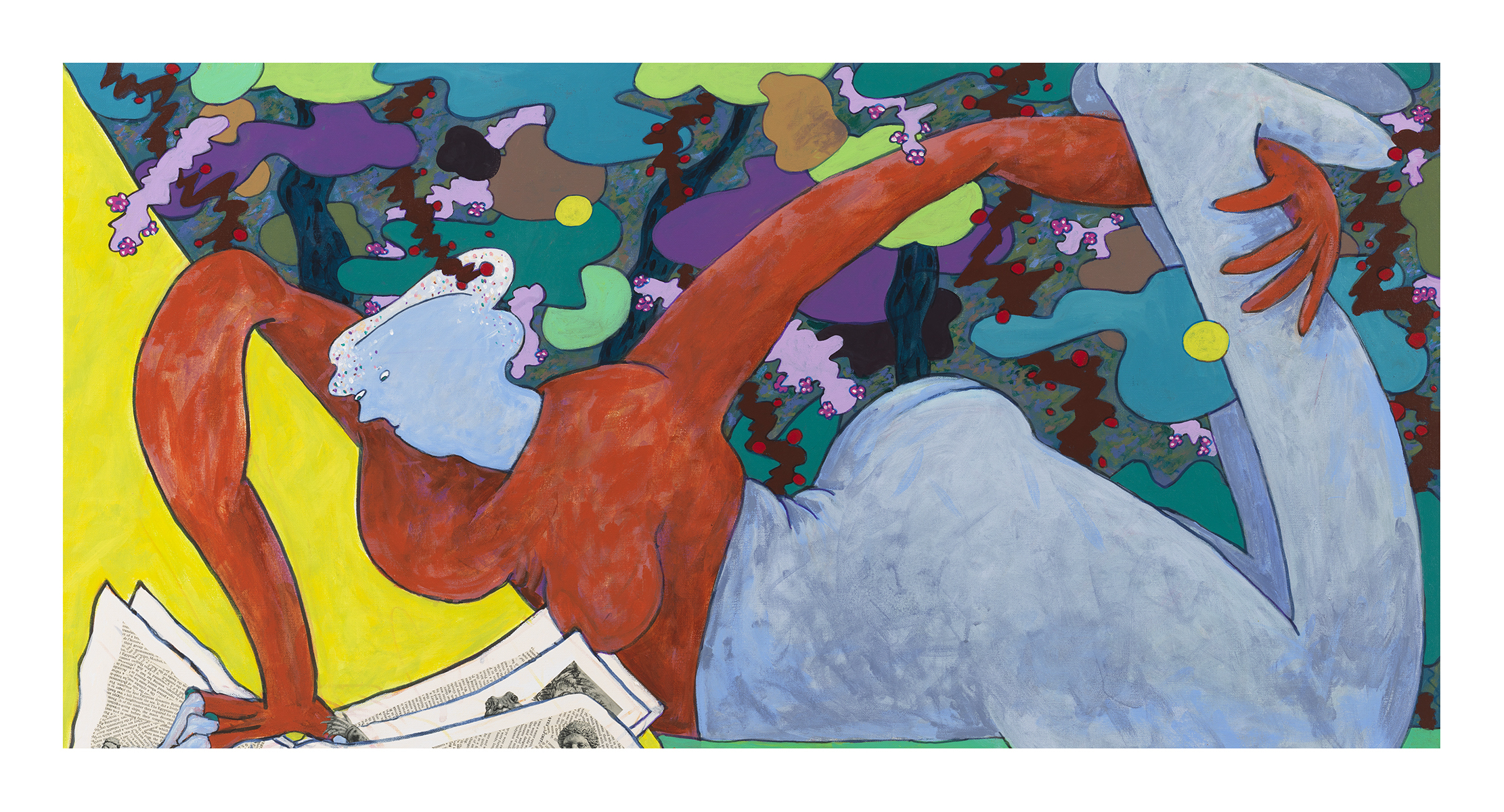 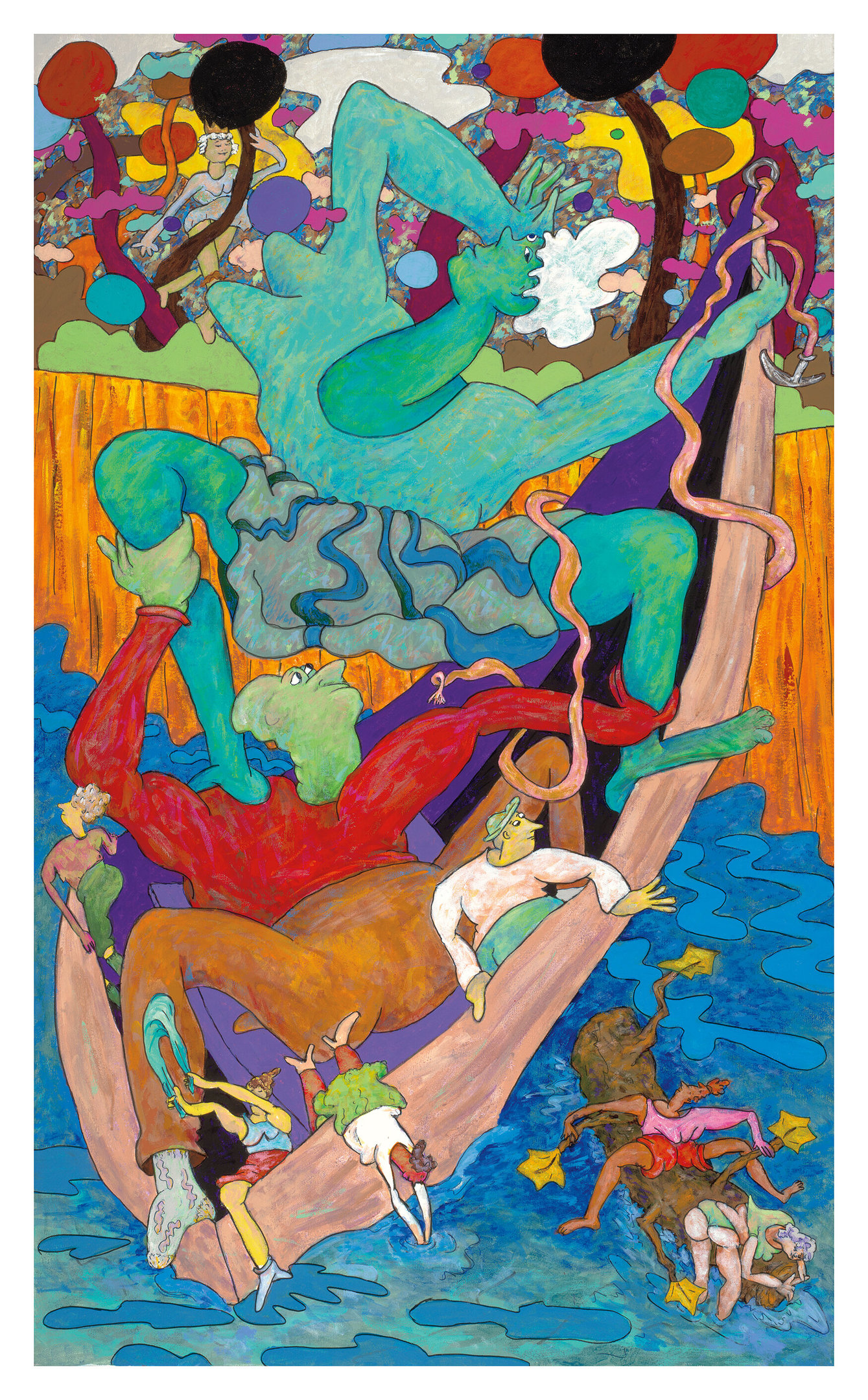 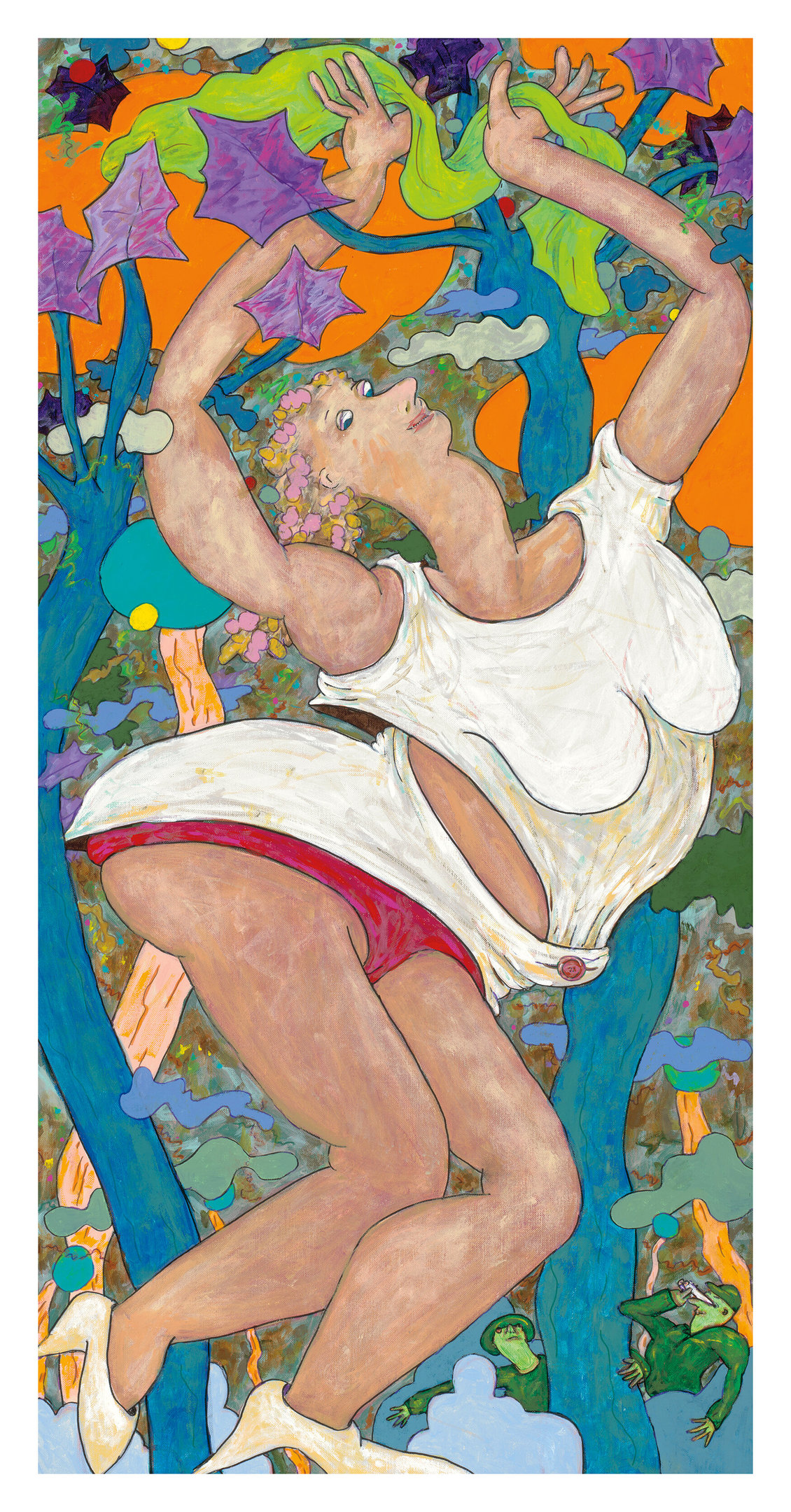 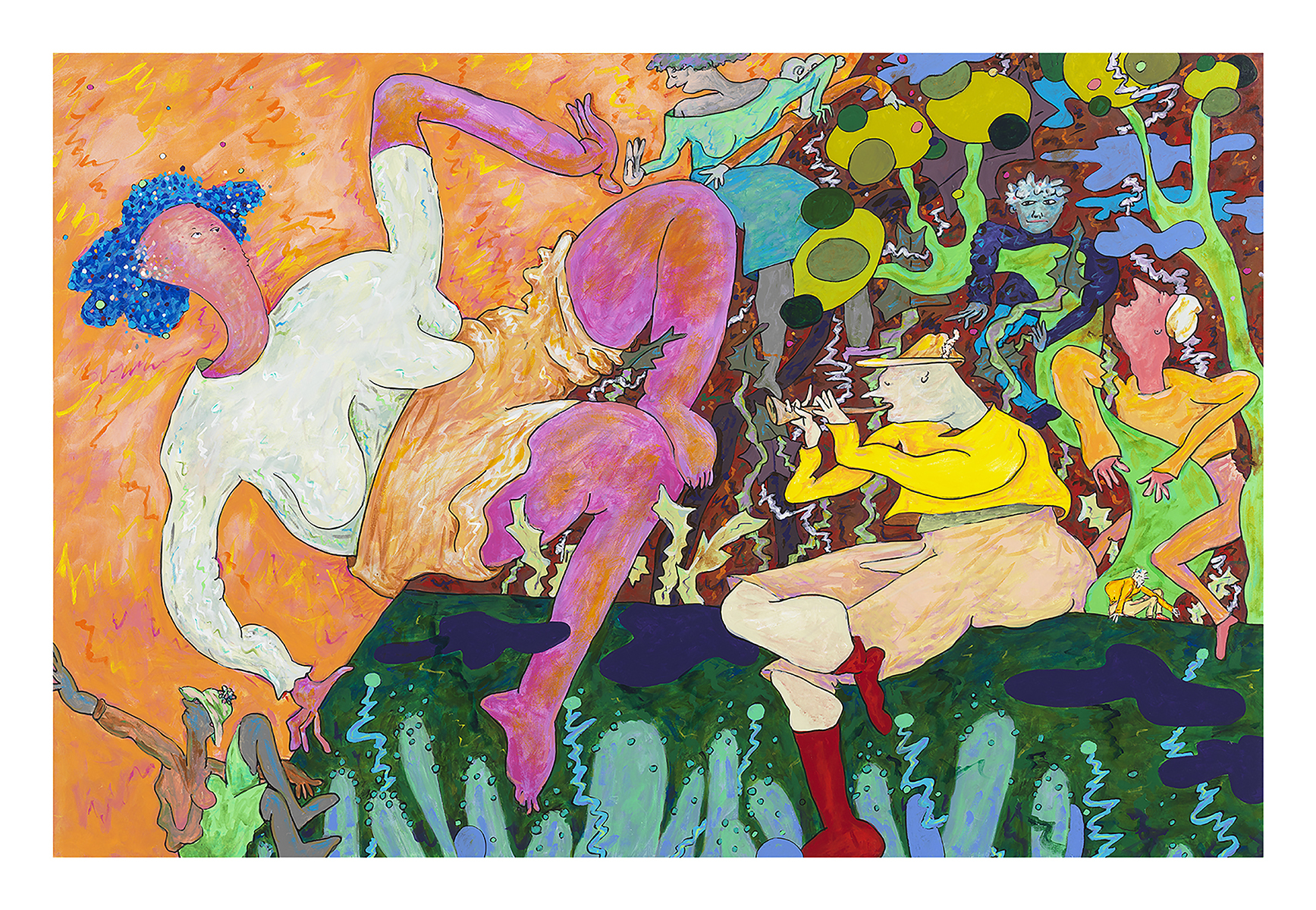 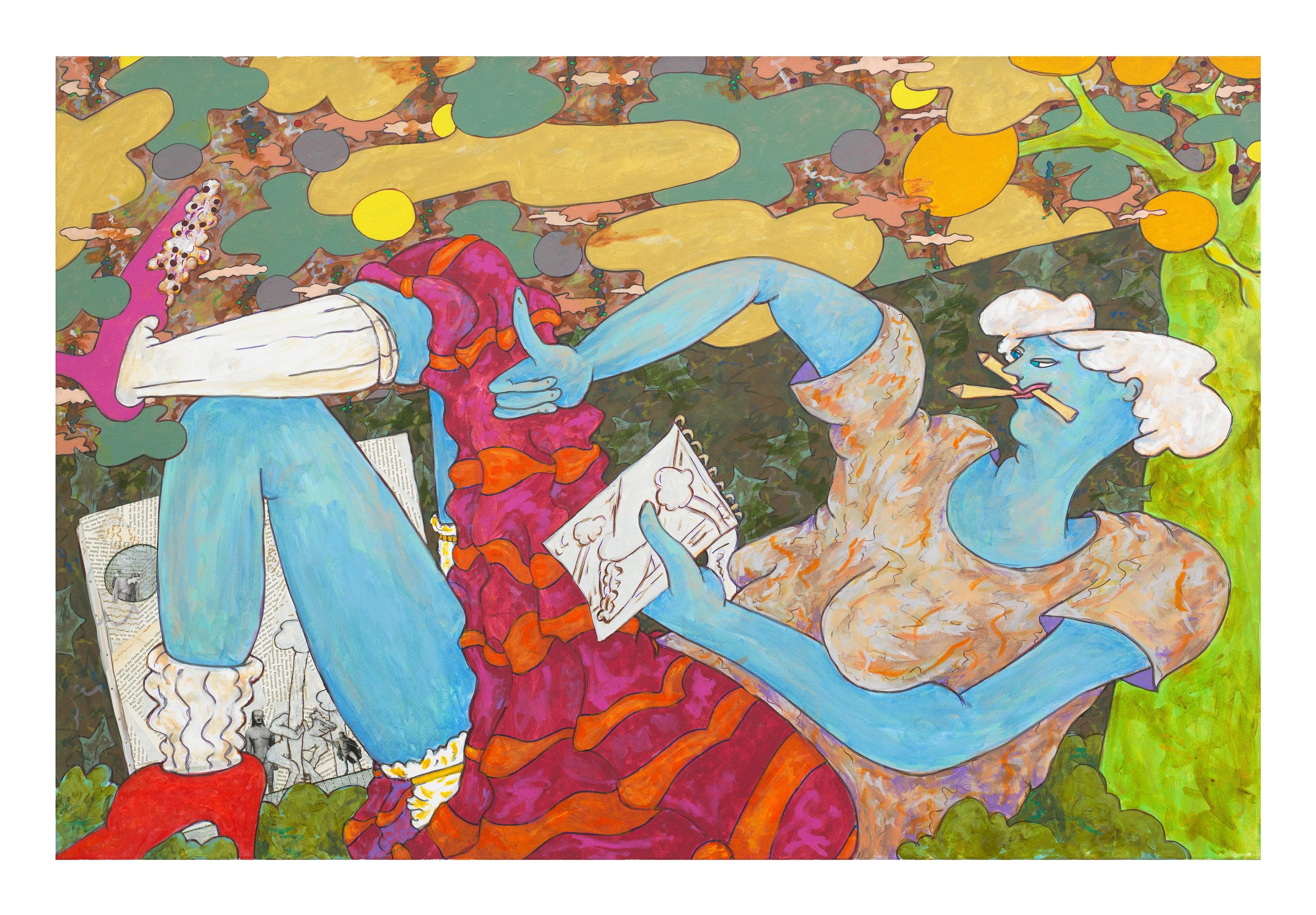 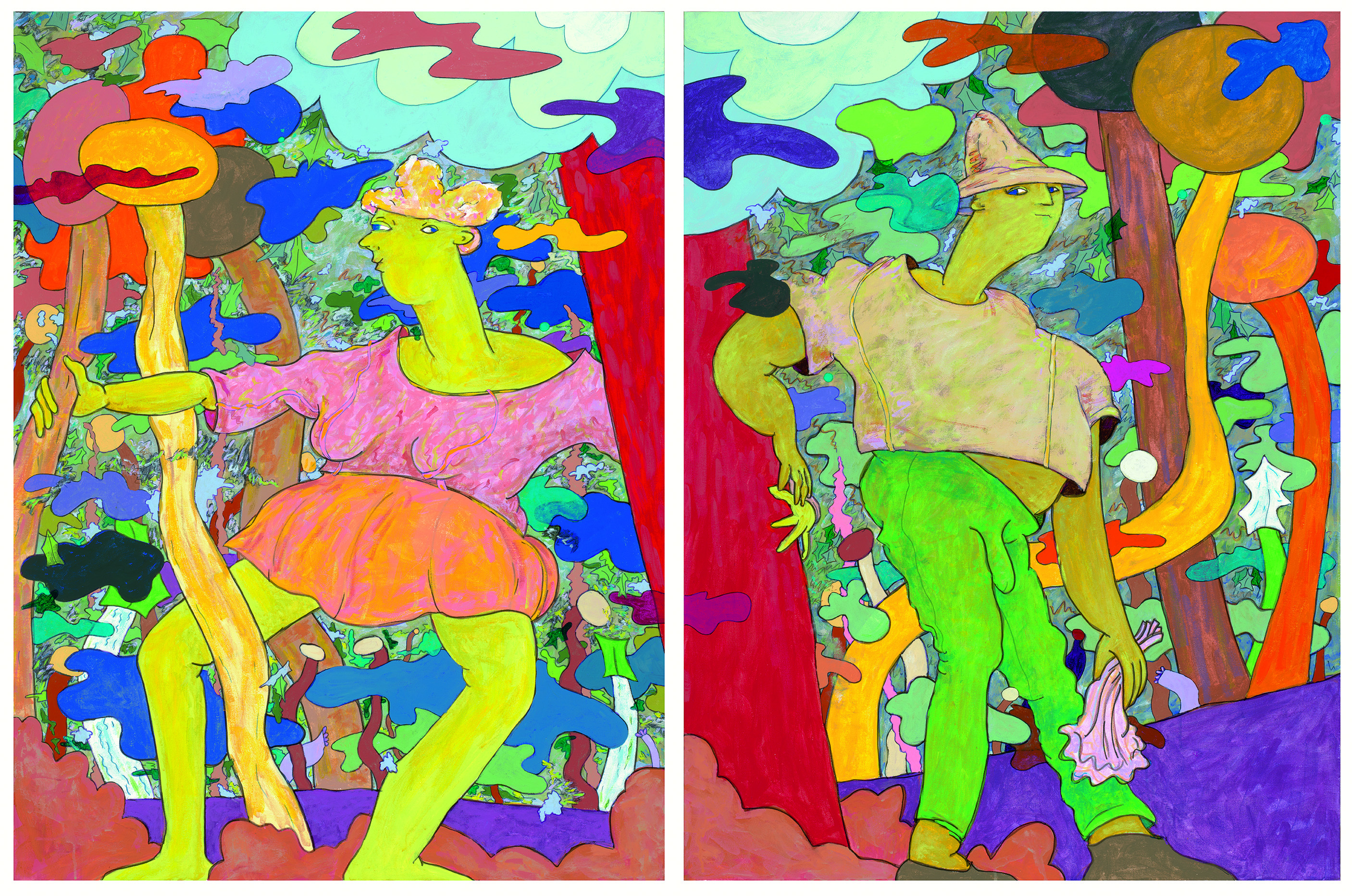 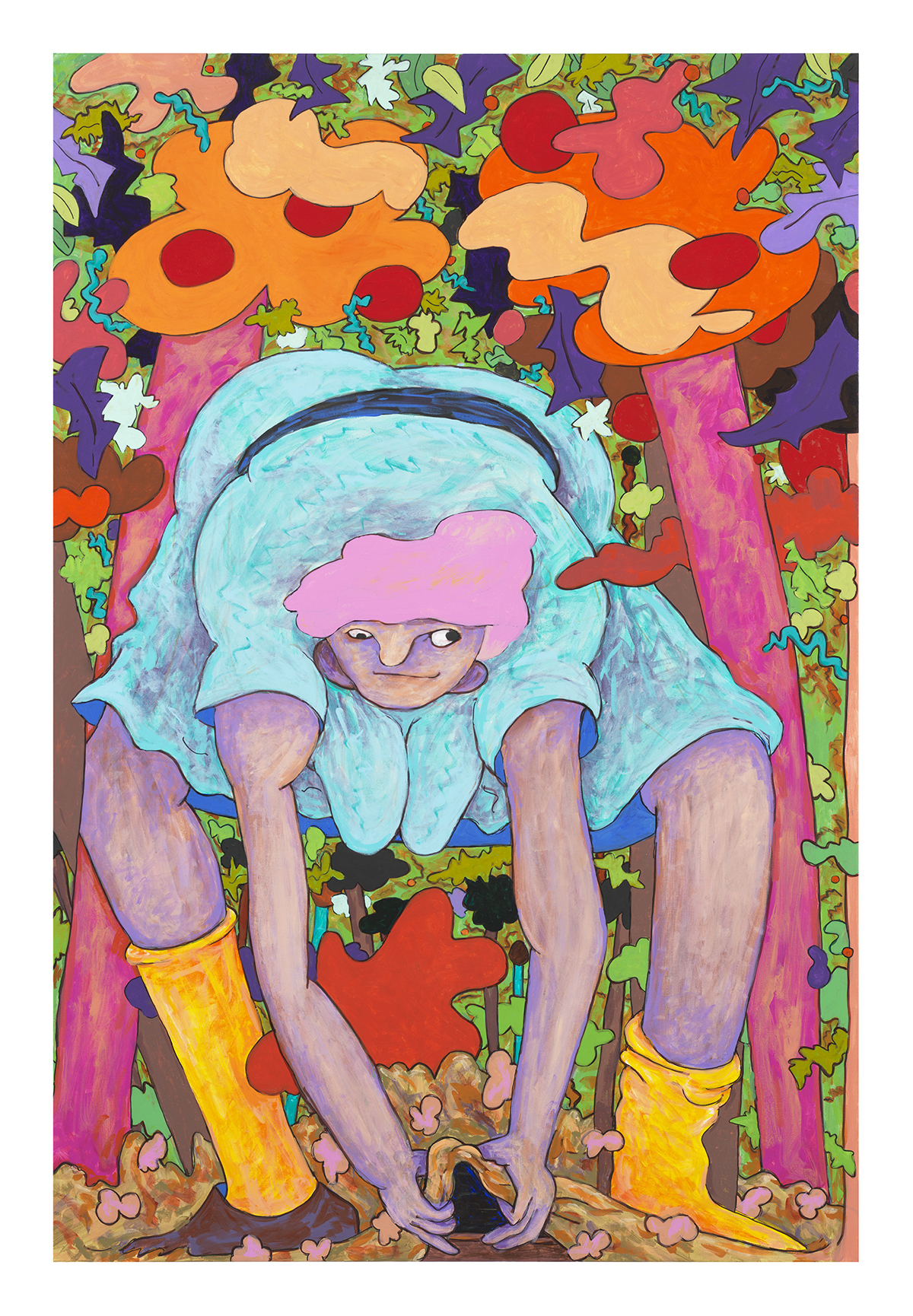 Acrylic and paper collage on canvas

Acrylic and paper collage on canvas 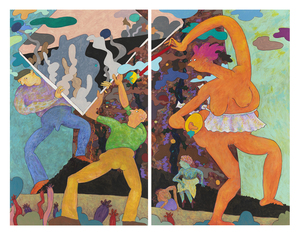 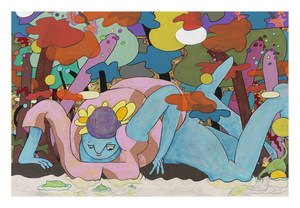 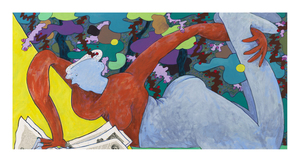 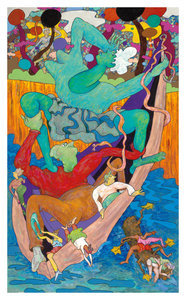 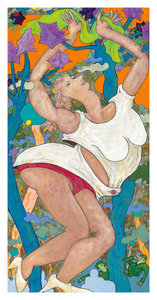 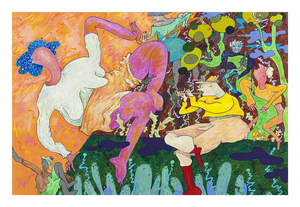 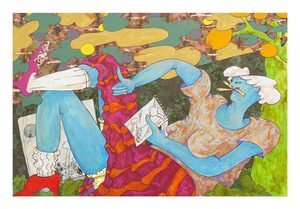 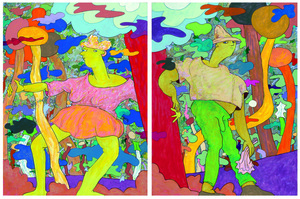 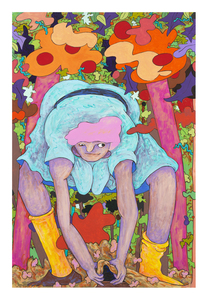