Is it possible to perfectly represent an event or a scene? Is it impolite to believe it is possible? Of course, a recognition without an interpretation is impossible. There is no such thing as absolute and pure neutrality in a view of a human being. By any means a painting is a painter’s testimony rather than a reality itself. Hence, a painter, a witness and signifier of an event, is required to bear conscientious responsibilities and judgement. They ought to be alert to self-hypnosis and refrain from an illusion and a delusion as well.

Eunsae Lee’s previous work would deal with images collected from media or around herself. Her paintings, in which the artist appears to have collected video clips from foreign news or online and then absently pasted them onto canvas, are fragmented and instantaneous. Lee focused on expressing the impression and atmosphere of the scene, rather than depicting individual characters or representing subjects. Her decisive exclusion of a character and background, closed-up perspective, quick and rough brushstrokes exhaled exhilaration and explosion of emotions.

Her testimony is already out of reality. The visual depth evaporated, while parts and fragmented pieces claimed a victory. The solo exhibition of Eunsae Lee, Guilty-Image-Colony at Gallery 2 shows changes in ways of perceiving a subject and of testifying it.

The artist said, her participation in the Sewol ferry protest was the motive. Lee discovered herself photographing and collecting images there. And the artist faced a question, “Is it right to deal with reality happening right in front of my eyes in this way?” And that question led to thinking about the way in which she makes art and how the media produces and consumes images. Images can approach everyone. Because everyone can look at images without meeting any qualification or training. Images occupy the larger and deeper world than words (languages). That is why an image is not only more aesthetic but also social and political. The fact that the theme of the artist’s painting has become more specific compared to her previous work reflects changes in her attitude. The work The trace captured the scene of the Sewol ferry protest. It calmly shows what the artist witnessed in a restrained manner. Another work On the camera represents the maneuvers in which female pop idols try not to expose their embarrassing looks before the camera. At one point, a female pop star’s on-ride cam of the Viking became a topic.

Another work ㅗㅗ shows the image of an innocent looking girl in a sexual posture, which has become quite popular through magazines and online, who gazes at viewers with the finger. The new work of Eunsae Lee testifies to reality through moderate and refined brushstrokes refraining from emotions, as opposed to the rushed and sensational or the exaggerated manner shown in her previous work. To state that this exhibition of Eunsae Lee changed from abstract to figurative painting is irrelevant. Rather, it is an adjustment of the gap between a representation of reality and sentimental expressions. In fact, the opposite of a painting based on reality is not abstraction but the expression of emotions and the incarnated spirit. After all, painting is a zero-sum game between reality and the identity of a painter. We ought to read the changes in an attitude than in a formality from the painting. As a producer of a painting (image), the artist asks herself a question about the power she has and devoted her hands to a more moderate task. It is perseverance of thinking. Eunsae Lee confessed that she, who intended to fight that reality in which social issues and women are objectified to be image feeds, was also reproducing the same images, making good looking work. It is an introspective testimony that examines and looks at back herself. 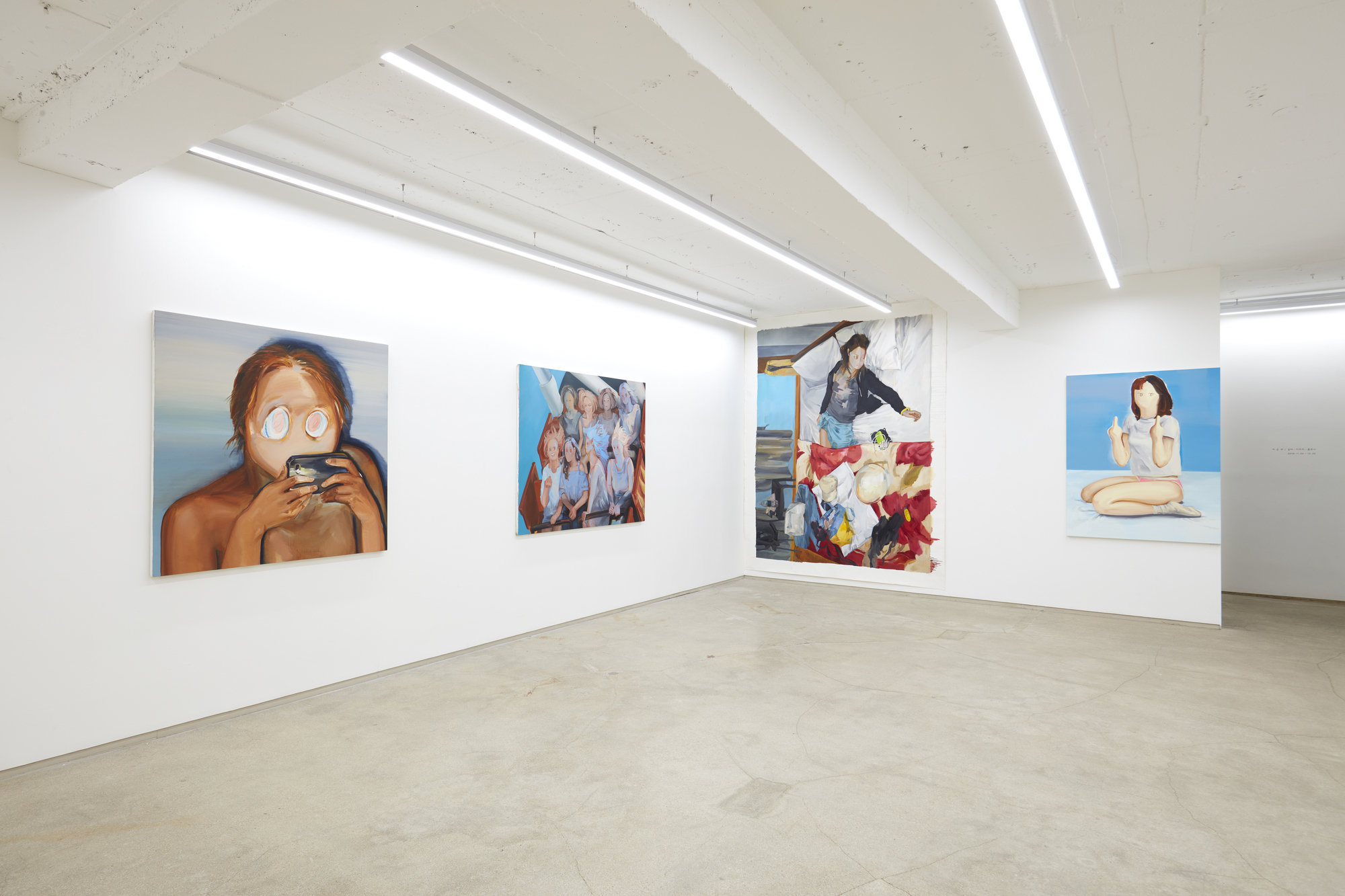 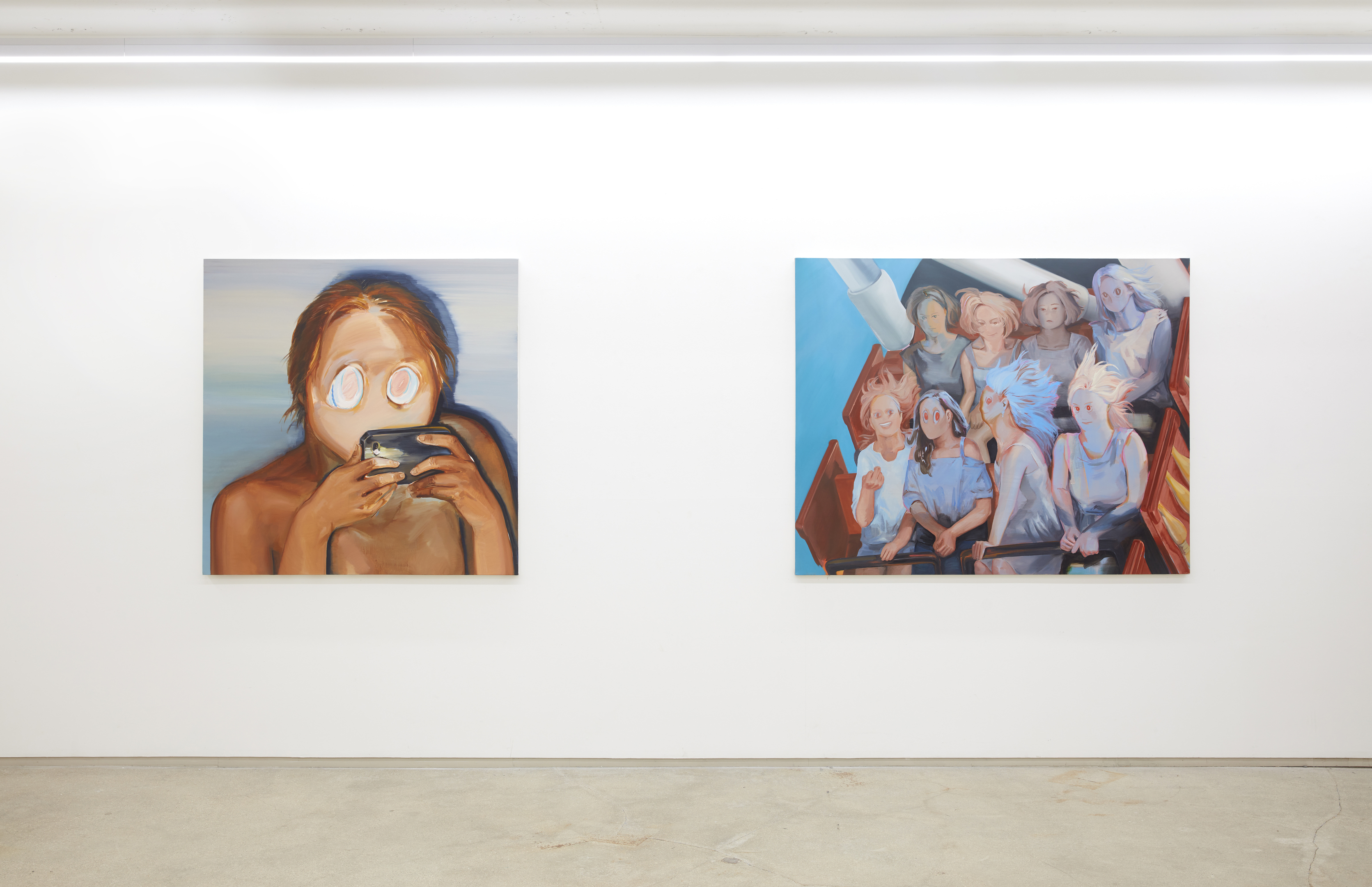 Image Courtesy of the gallery

Image Courtesy of the gallery 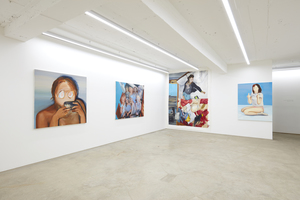 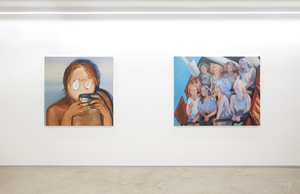 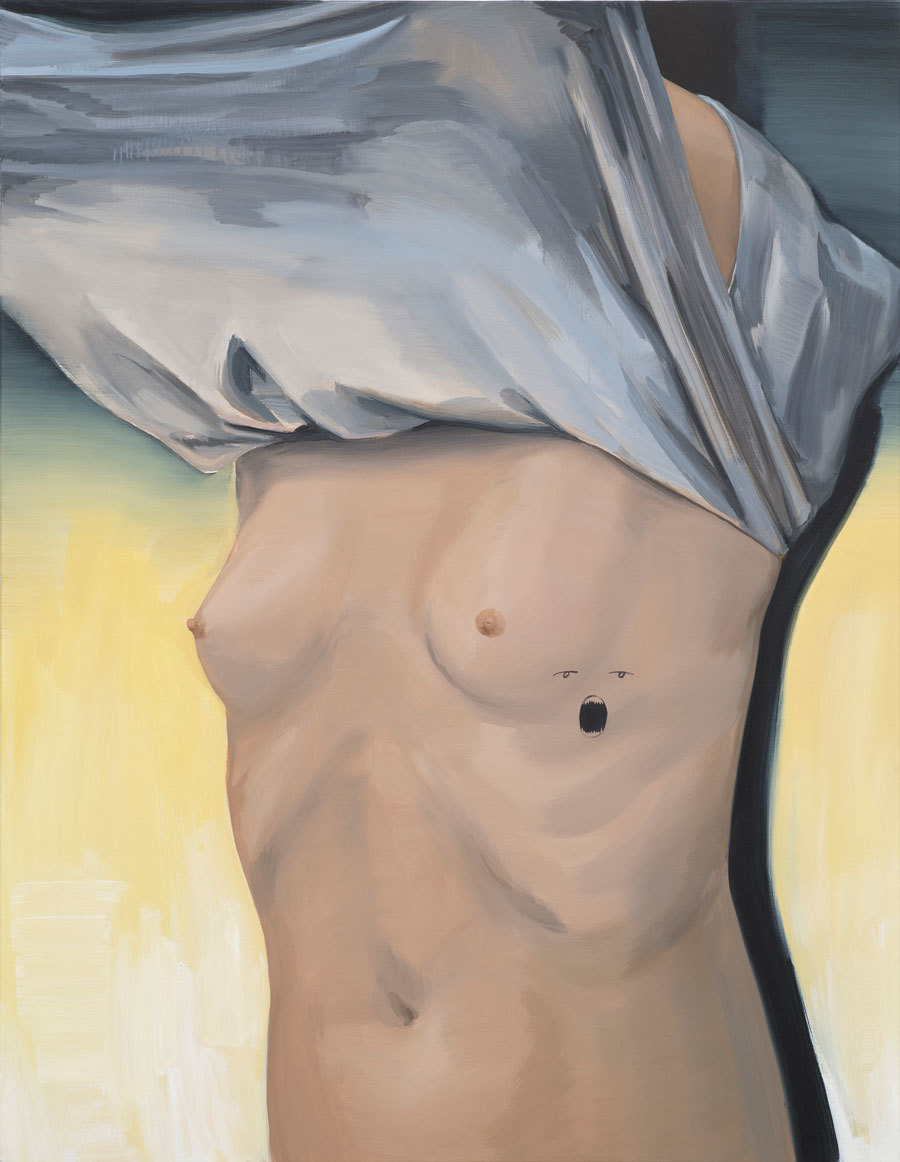 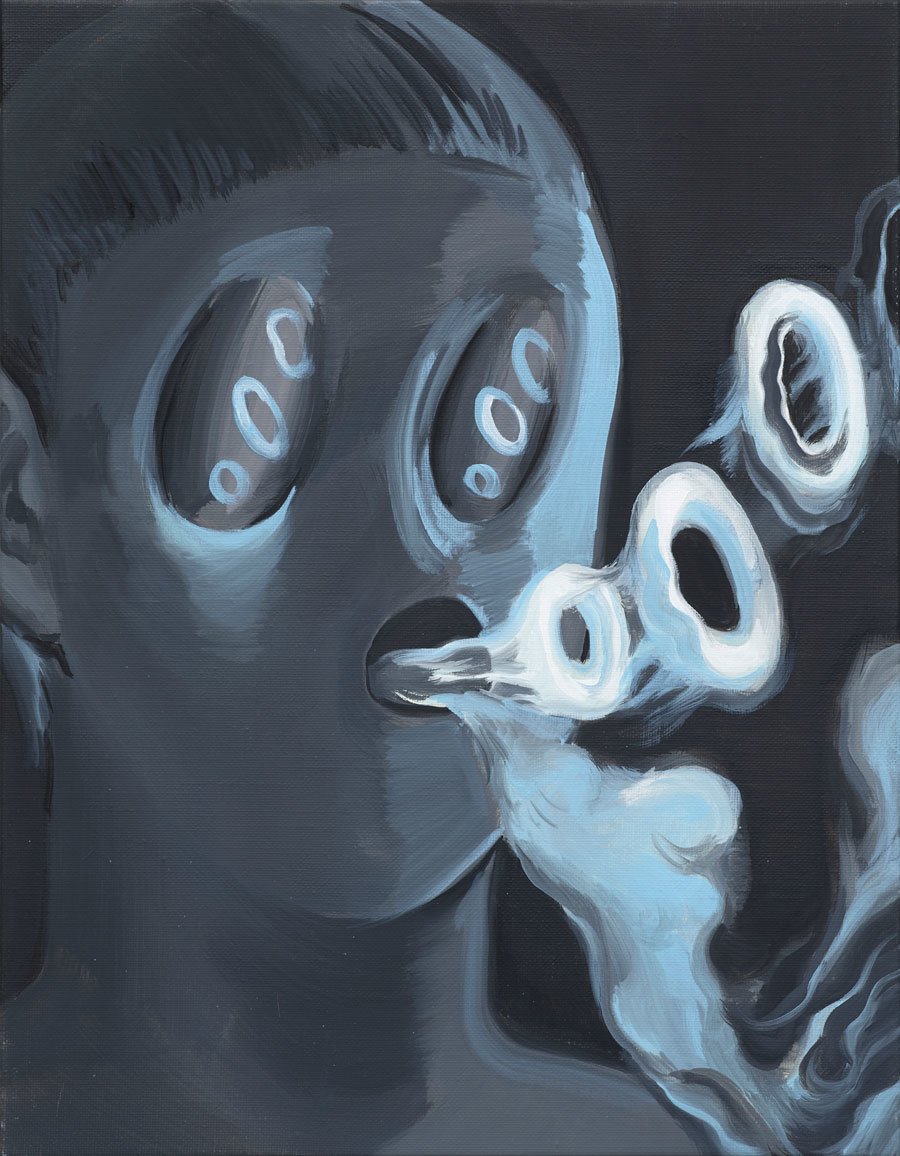 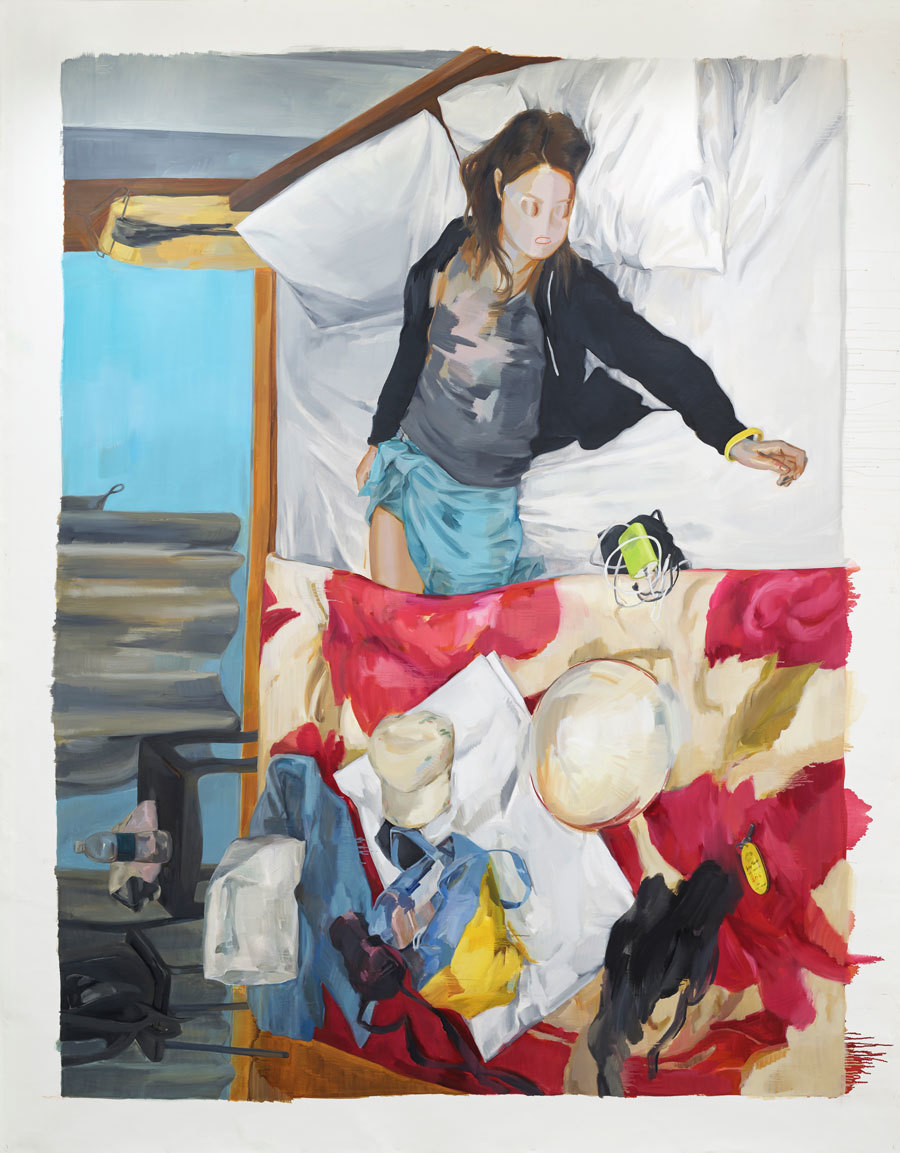 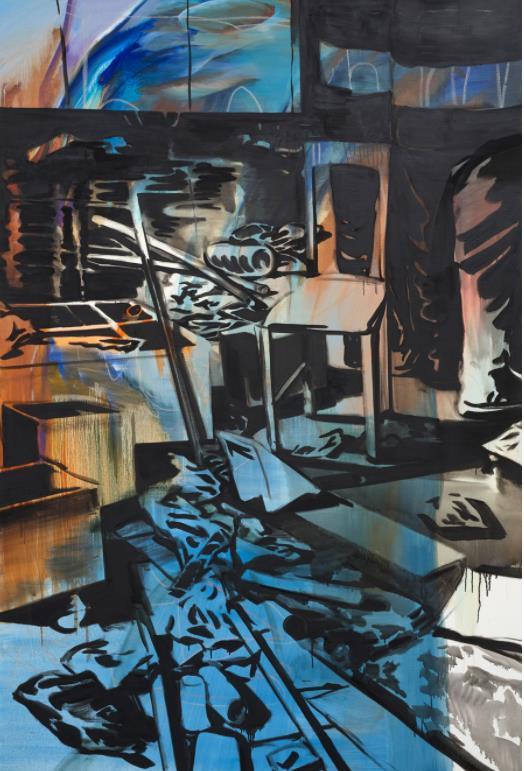 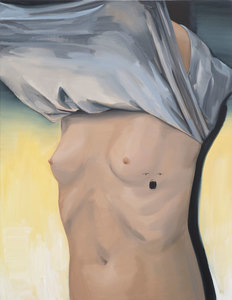 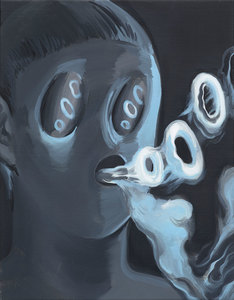 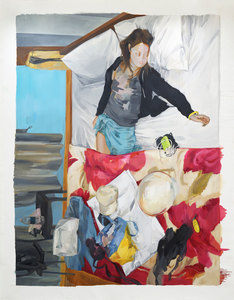 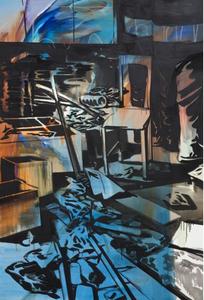