The title of Yun Kyung Kim’s exhibition is Reverse and Penetrate. ‘Reverse’ means to ‘turn something inside out,’ ‘change (one’s stance),’ ‘move backward,’ while ‘penetrate’ means to ‘puncture,’ ‘see through,’ ‘discern,’ or ‘insert.’ The subtle interpretational differences of these words will enable the audience to understand the exhibition in various nuances. In this sense, it can be assumed that the artist planned to embody multiple meanings through this exhibition. I would interpret this as a process of ‘understanding through turning things inside out.’

In this exhibition, Yun Kyung Kim presents Viruscape which is a compound word of ‘Virus’ and ‘Scape’ (1st exhibition room), an installation entitled Skin-Clothing (3rd exhibition room), and a video documentation of 2011, 2007 and 2008 performances Reverse and Penetrate (2nd exhibition room). There seems to be little interrelation upon hearing the titles of the individual works, and in fact, looking at the works this may even seem true.

While the two works, apart from the video documentation of past performances, were produced in 2016, Skin-Clothing is a development of the 2005 Toad! Toad! Give me a new home, I will give you mine, and the video exhibited in Viruscape is based on her 1999 work Live Blood. Hence, the reason behind this seeming disconnection may be due to the 17 years of time collapsed into this one exhibition. If so, one should try to understand Yun Kyung Kim’s intention for selecting these works for this year’s Kim Chong Yung Prize for Sculpture exhibition.

Yun Kyung Kim’s early works started from making clothes. For her, the fabric is an extension of the skin, which symbolizes the person. Furthermore, the fabric is the boundary, which divides the inside from the outside. Later, this notion of boundary developed spatially into a house, and in this sense, the house is an extension of the clothes. This line of thought resulted in the 2007 and 2008 performances of Wearable House and ever since, she has entitled her works Reverse and Penetrate. At the very beginning, the artist herself made the clothes for her work, which were not wearable.

Then from 2005’s Toad! Toad! Give me a new home, I will give you mine, the artist started to use donated clothes which were once worn by others. She deconstructed and restructured the donated clothes, in the form of a cow’s skin without tailoring the fabric, and hung it in mid-air.

Yun Kyung Kim displays a wooden cabinet – maybe to symbolize the torso with the front and back carved in the form of a rib cage and a spine, with sleeves on both sides – where anatomically accurate-looking organs, made out of clothes tags, are placed inside. Fabric flows from the lower part of the cabinet, and as in her work of 2005, the reconstructed clothes cover the floor in the form of a cow’s skin. This reminds one of excretion. Cow skin is also hung on the wall. The organs made of clothes tags seem to symbolize the material desires of people today. This work implies that clothes can only fulfill its basic functions despite the continuous consumption of it in hope of satisfying our unending desires. It also reminds us of past sayings where one is born with clenched fists in desire to own everything but releases it upon death because nothing can be taken.

The 1st exhibition room displays a completely different scene from the 3rd exhibition room’s Skin-Clothing. Half-opened doors and windows that show a scenery are exhibited on the walls. The doors and windows create a virtual living space out of the exhibition room. Outside the doors and windows are unidentifiable but rhythmic patterns of images, which are colorful yet unusual. In one corner of the exhibition room, there is a space that looks like an isolated hospital room. It is reminiscent of the negative pressure isolation wards that were aired through media coverage during the MERS crisis. The bed sheet and blankets are covered by one of the images shown on the wall, and hanging next to the bed, is a patient clothes covered in images of various medicine boxes. However, the patient is not there.

Viruscape is an installation which uses medical sources as its material, as suggested by its title. Live Blood(1999) which uses microscopic images of the artist’s own blood sample is representative of this. The artist is very familiar with the hospital and medical materials, and the earlier mentioned Blood Sampling series has also been inspired against such background. At Dongduk Art Gallery’s Sex, initiating conversation exhibition of 2000, the artist utilized footages of sperms swimming towards an egg in Sexual sacredness, Sacred sex .

Yun Kyung Kim, being an artist familiar with hospitals, said she started to seriously contemplate death a few years back after a funeral. She mentioned that she realized the futileness of life anew. Facing death for the first time, at just over 40, would have given her the chance to look back on life. Man always need to be mindful of death – memento mori – as we are doomed to perish at one point. We become more aware of death as we grow older, and maybe this is also why we become more humble through age. However, because no one can tell us of the experience of death, it is a great unknown, and therefore frightening. Do not people say that religion was created because of the fear of death? Yun Kyung Kim is no exception.

Installation view of Reverse and Penetrate 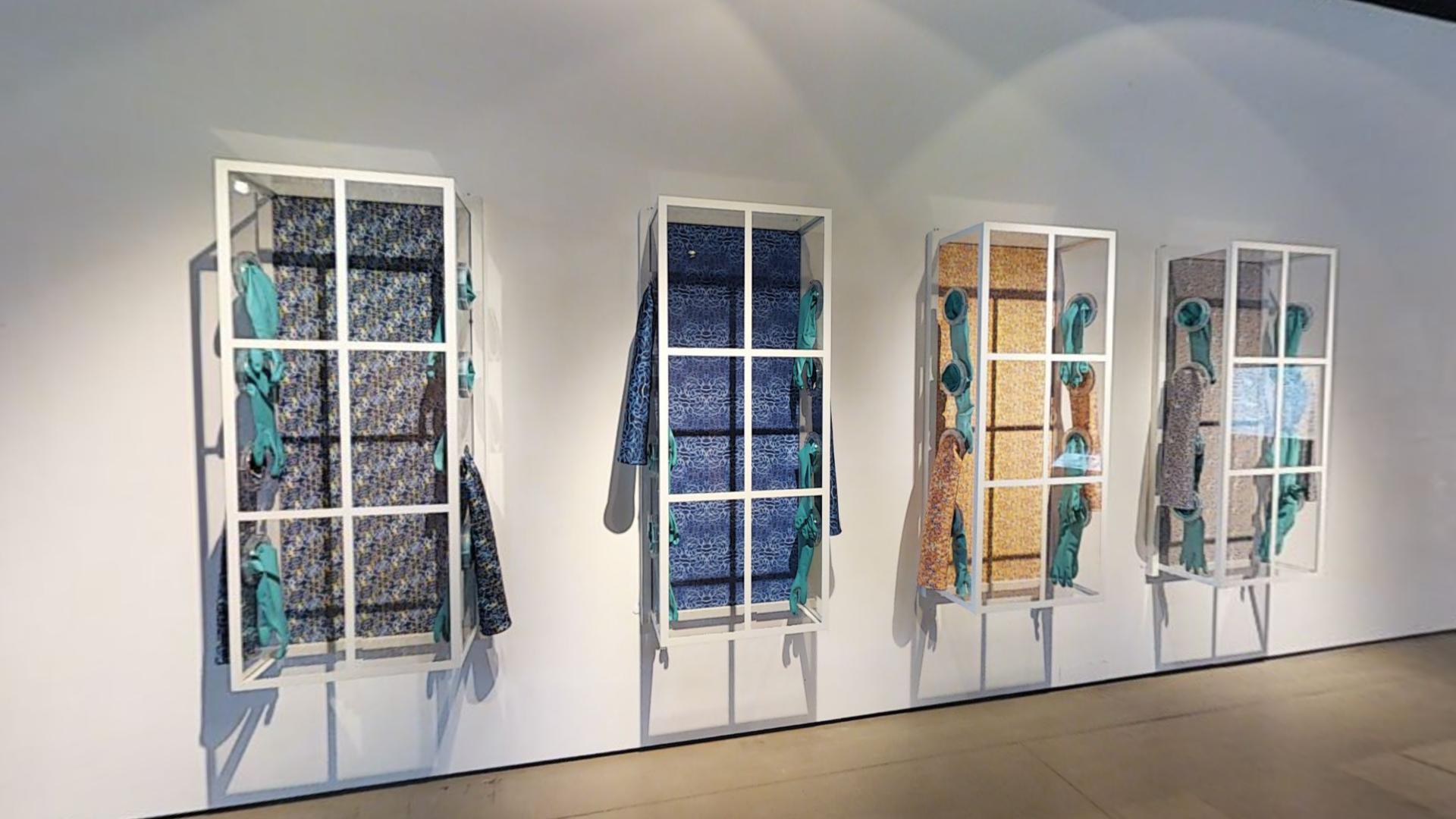 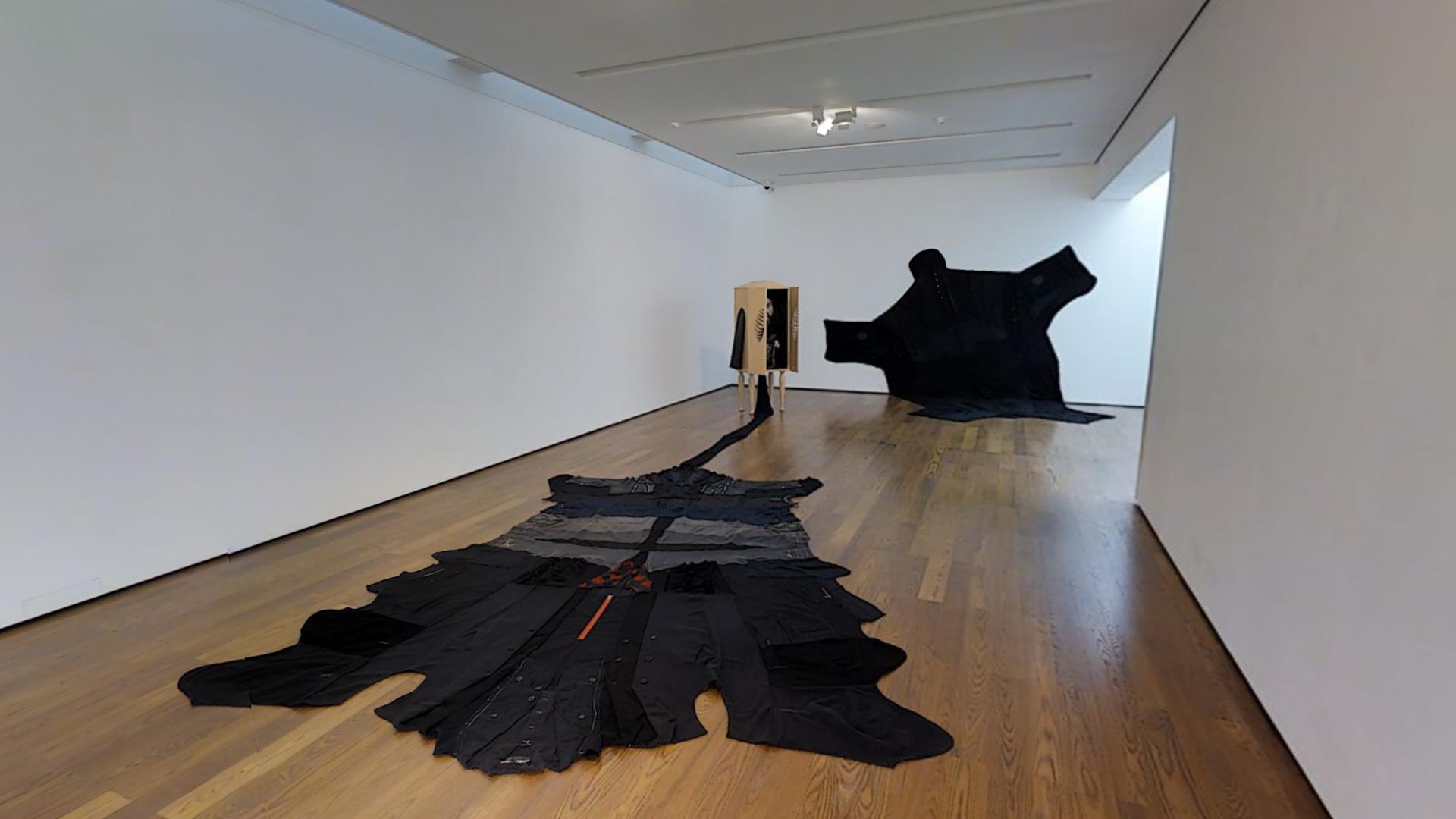 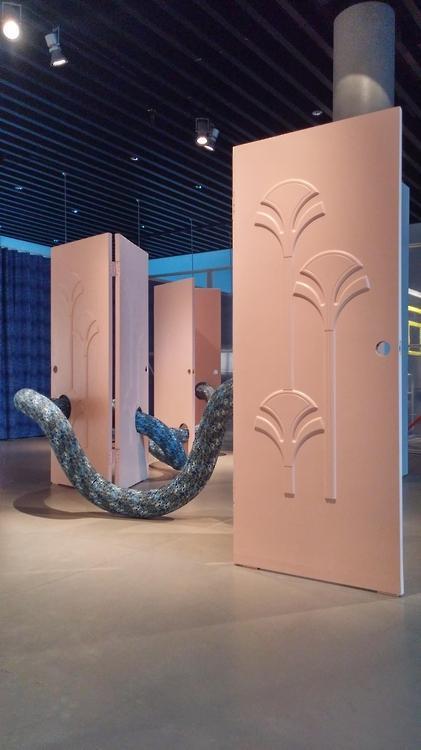 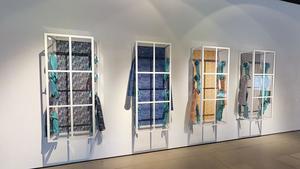 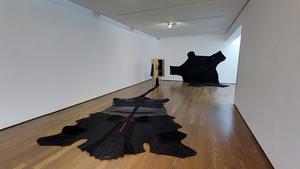 Installation view of Reverse and Penetrate