Olafur Eliasson’s The weather project, a striking artificial sun shown in the Turbine Hall at Tate Modern in 2003, received praise from around the world and placed Eliasson in the spotlight of the international art scene. He was subsequently celebrated for the New York City Waterfalls, installed on the shorelines of Manhattan and Brooklyn in 2008, and the 360-degree glass walkway Your rainbow panorama, installed on the rooftop of ARoS Aarhus Art Museum in Denmark in 2011. Ice Watch brought melting icebergs from Greenland to Copenhagen in 2014 and to Paris on the occasion of the COP21 Climate Conference in 2015. In 2012 Eliasson and engineer Frederik Ottesen founded Little Sun, a social business and global project that provides sustainable energy in the form of solar powered lamps and mobile chargers to communities without access to electricity; in 2014 Eliasson and architect Sebastian Behmann founded Studio Other Spaces, an international office for interdisciplinary and experimental building projects and works in public space.

Following his solo exhibitions at the Museum of Modern Art, New York, in 2008 and the Martin-Gropius-Bau, Berlin, in 2010, Eliasson was the guest artist in 2016 at the palace of Versailles, where he created a series of spatial interventions inside the palace and in the garden, including an enormous artificial waterfall that cascaded into the Grand Canal. Eliasson’s exhibition, The parliament of possibilities at Leeum, Samsung Museum of Art, Seoul, from September 2016 until February of this year, was greatly praised by a large audience.

Repetition, illusion, and geometry feature prominently in the new exhibition by Eliasson at PKM Gallery. Models for coexistence presents a large new sculptural work, The exploration of the centre of the sun, in which light – powered by a solar panel installed in the gallery building’s rooftop garden – is reflected and filtered into a spectrum of colours by panes of colour-effect-filter glass that form an intriguingly asymmetrical polyhedron. These panes of special glass multiply the light countless times, producing a galaxy-like array of shifting stars in a variety of colours that invites the viewer to move around the work and examine it from multiple angles.

The beauty of infinite repetition is also captured in the work Visual mediation, a wall-mounted sculptural work in which a circular arrangement of eighty solid glass spheres – some clear, some covered to different degrees on their inner surface by a coating of reflective silver – produce multiple simultaneous reflections of the viewers and their surroundings that amplify every movement. In Endless doughnut, developed in 2001 together with mathematician Einar Thorsteinn, a steel pipe coils repeatedly around a central void to form an open ring measuring two metres in diameter.

The wall piece Pebbles on the beach (parquet), composed of small tiles of fifteen different types of wood, presents a complex, repeating geometric pattern that produces an illusion of numerous three-dimensional forms tumbling through space. Different forms take precedence depending on the focus of the viewer’s attention – visual play that complicates the viewer’s immediate understanding of the pattern. The key is that certain tiles represent a face of two different forms simultaneously, making it impossible for the viewer to separate them from one another. Observation of this sharing of a single face by multiple forms becomes a direct experience of 'coexistence’ – the subject of this exhibition.

Installation view of Models for Coexistence 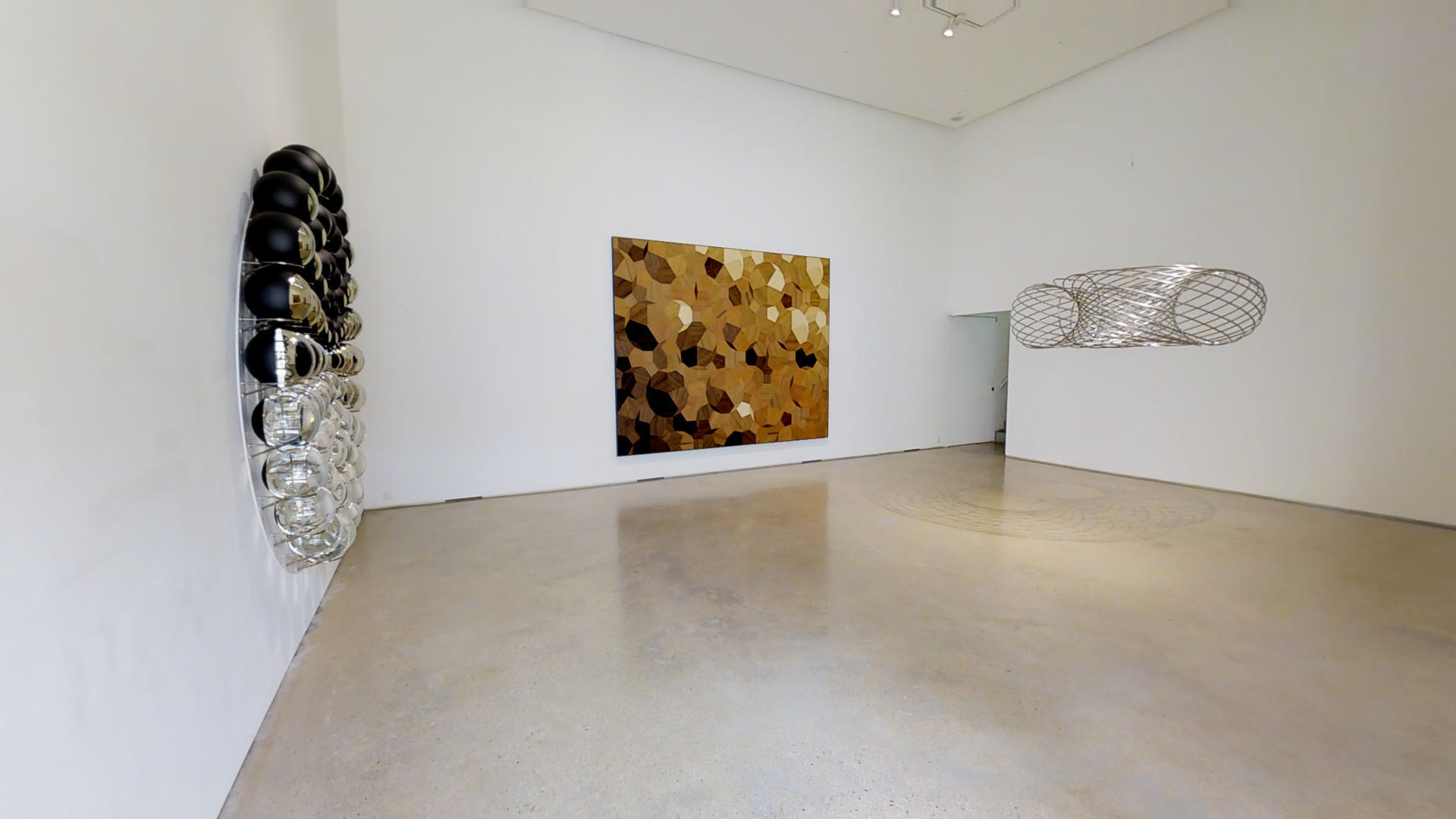 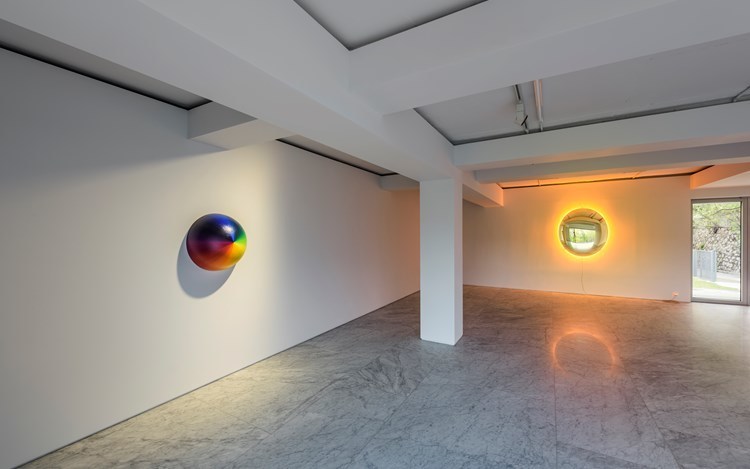 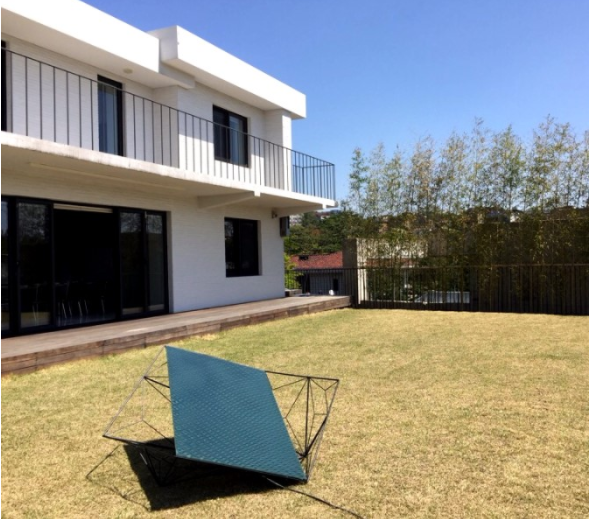 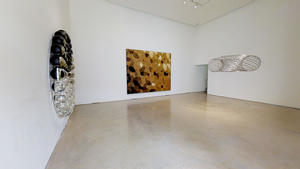 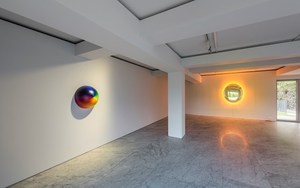 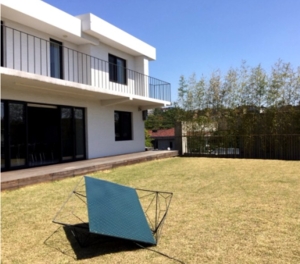 Installation view of Models for Coexistence 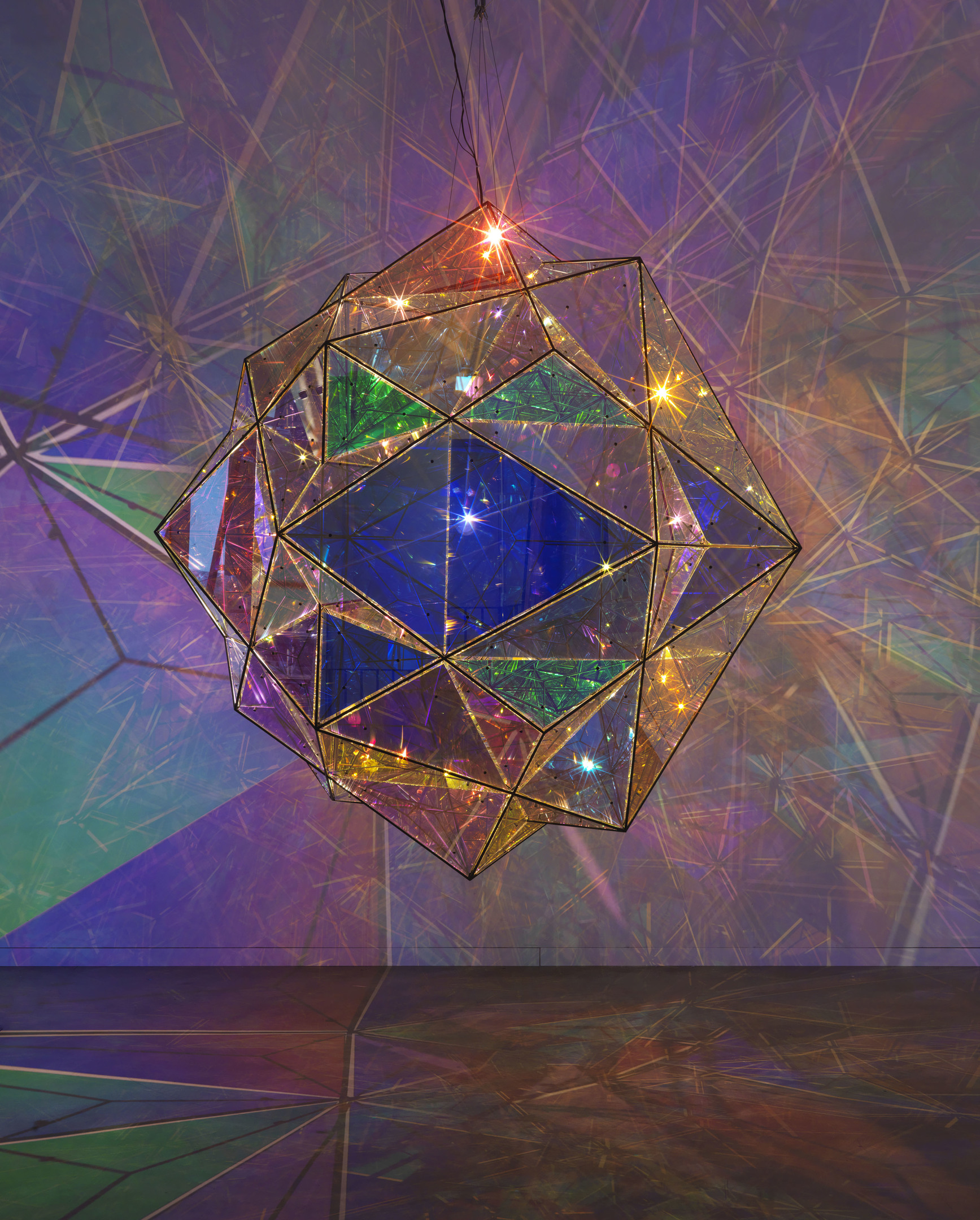 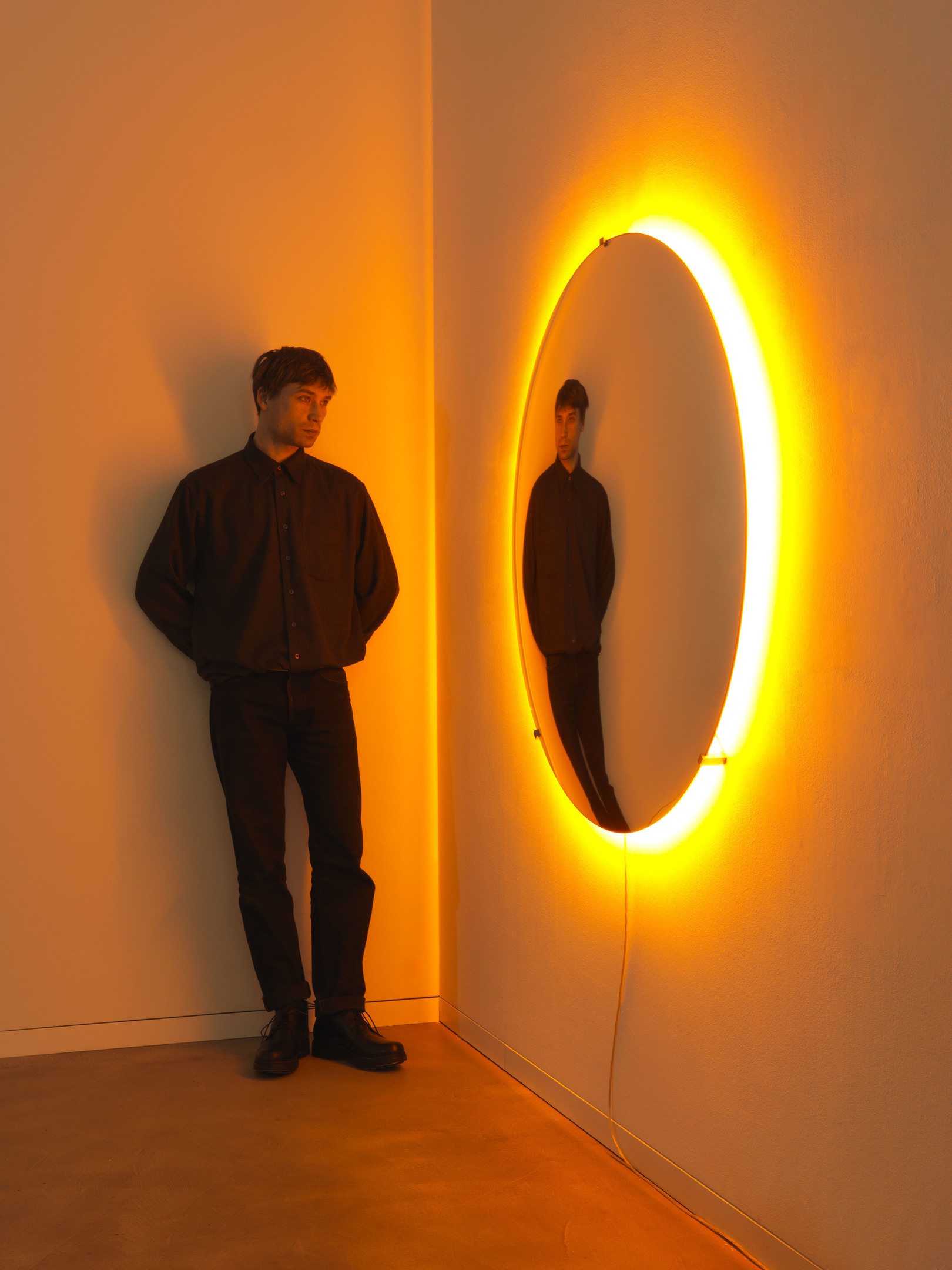 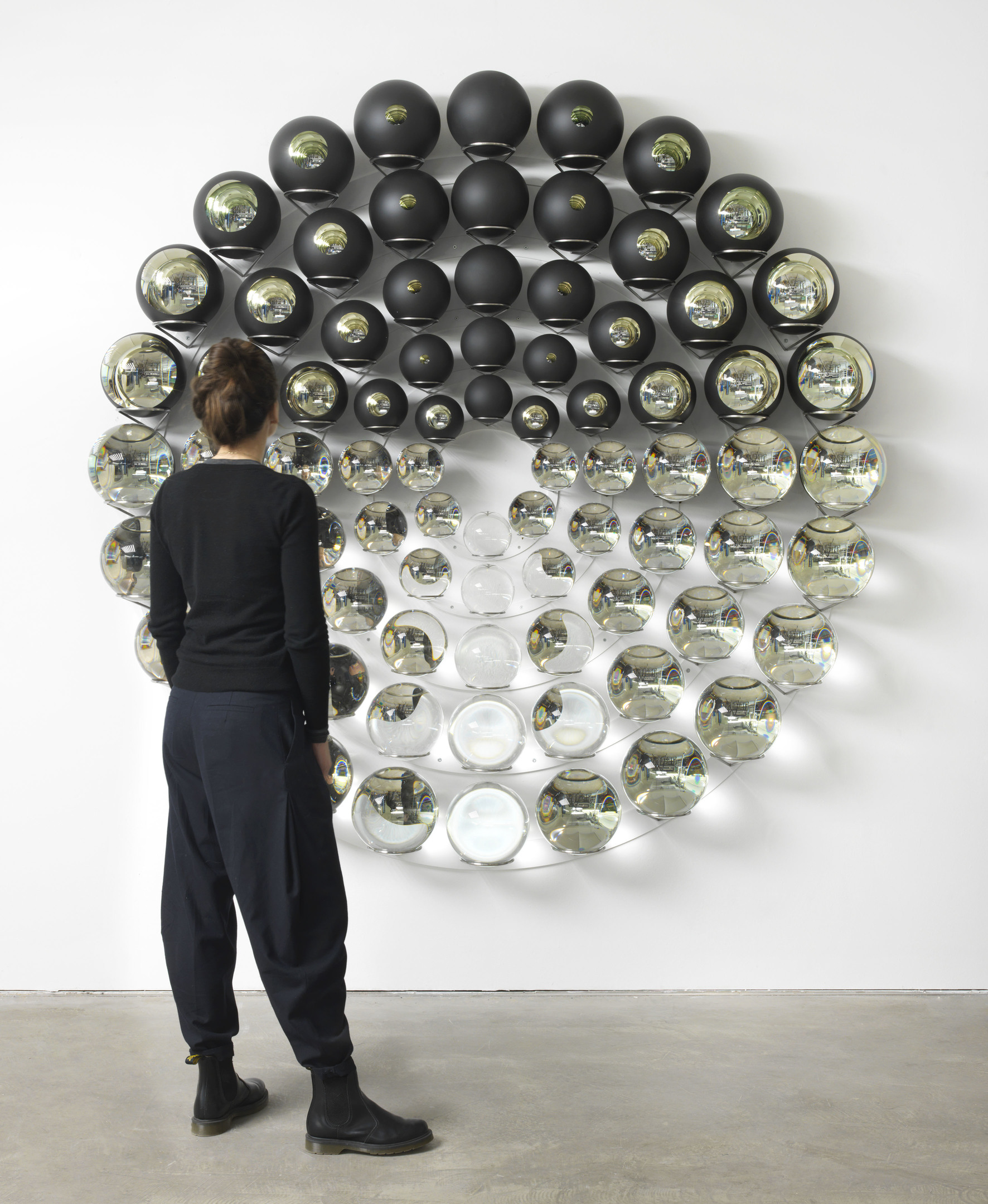 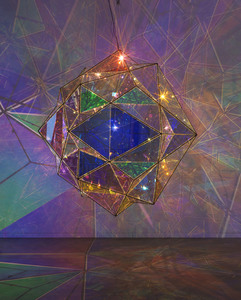 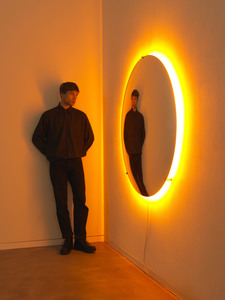 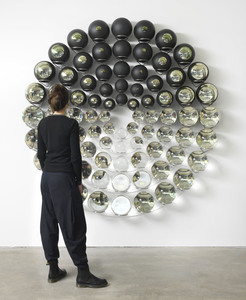