The process in which sound is transformed into a language goes through the path of ruthless abstraction. The sound of cicadas of various elevations, which sharply holds and decreases for a moment to create a big sound so as to make the sound of the summer, is merely reduced to the two letters of 'Mae-m, mae-m.’ Meanwhile, there is only a single choice of the phonetic expressions that illustrate the sounds of the water flowing in varying quantity and precipitation in every instant. The process of this unsatisfactory selection of diction that accompanies us each time we endeavor to impute meaning to objects and change them into words is accompanied by a fundamental shortage that could never be overcome even if there are many more vocabularies to employ.

Whenever we translate our thoughts into oral or written language, or whenever we try to express something we can not express, we face this poor example every time. Whether you use a language or an image or a sound, this is a cumbersome process of fitting or picking something you have always wanted to convey, and we are often dissatisfied with the lack of materials to work with. So we constantly live like this individual who does not always have a soy sauce, who does not have a succinct alternative, and who can not do much but talk about it.

Gim Deokyeoung primarily focuses on the various tools and relationships that stand between us, which are always lacking, which we use to talk, read, write, and read about situations, scenes, and emotions. It is a tool mainly used for the monophonic language and the mimic language to imitate the sounds and shapes, the musical score that directs the characteristics of the sound, the music that plays them, and the image that looks like a sign pointing to something with meaning. Each of these tools is like any other language and has its own structure and format, but none of them could fully capture the situation we desire most arduously. The artist is interested in the structure of these different tools and hopes to reveal the differences, cracks and gaps, that arise when a structure is transformed into another.

The artist uses the above tools in a sequential manner to describe day to day scenes and situations. The three different works, which are offered on display in the forms of video, score, sound, and painting, are the result of the verbalization of a single scene across various forms. He initially employs the onomatopoeic and the mimetic words to express sounds and actions. For instance, This ain’t mouth sound seems to have employed either the onomatopoeic or mimetic words of instructions for sound or actions over the videos of the two channels that shot the scene of everyday actions, but the sequence of the work is the precisely the opposite. The artist first listened to the onomatopoeic and mimetic words suggested by someone else, and created the scenes which could portray them. The scene connected to a single word, such as swallow, thud, rub, hesitate, or vroom vroom, is as conventional and limited as the word associated with each scene. The order of the instructions has changed, yet the attributes of the language have not at all.

Next, the artist replaces the pitch, length, and the dynamics of the sound generated from the video with sound. The tone of the piano and cello that flows into the exhibition space in the same order as the previous video is the same as that written in two different languages ​​with different structures. The melody of this work is a result and a kind of translation of the audio-visual medium of the video under the conditions of the structure and the form of music. As such, the artist focuses on the differences that arise as he moves the language of one structure to another. This melody, which is high and low, slow and fast, strong and weak, has the same formal identity as the voices that flow from the video work but can not avail any meaning to decipher. This is not because the audience does not understand the grammar of the language used by the artist. The artist's music work is the result of translating the language into something that is not language. However, the emotion which is felt prior to the second translation, in which the language does not exist, is not lacking or stifling. It is about understanding. That is, when passing the net of meaning is ceased, everything else starts to be audible. It is like a movie that is played in an aircraft of a nationality unknown and focuses on the emotions of the sound rather than language itself. What the artist suggested was music from the beginning, but it is only now that the music begins to be heard. It seems that the artist enjoys a formalistic experiment in which one situation looks at the relationship between the different outcomes as they pass through different structures.

At the end, Gim Deokyeoung rolls out an experiment to temporarily fill in the gaps of this lacking communication structure. The six paintings in the exhibition room are full of the shapes whose meanings could not be known. These are the non-verbal signs we often employ when developing ideas through a writing process. When we attempt to express something that we can not express or express something that we have not in the external context, we are assisted by other graffiti-like symbols. These symbols used to emphasize, delete, move, and chain thoughts are effectively excluded when the thoughts are transferred to the last smoothly organized text. That is, these symbols are like debris that does not get sifted through the net of meaning when the thoughts in the head are changed into words. The artist brought up these debris as he created his video work and filled the screen with layers. The artist employs the occasional method of attempting a complete dialogue that does not abandon symbols which are separated from the original and floating on the screen, and the non-verbal scenery that is placed across the exhibition floor.

The day to day image of the habitual behavior continues to be translated into the onomatopoeic words, mimetic words, music, and painting, and the more the translation process is implemented, the more blurred is the meaning of the instructions given by the result. This is a fundamental problem that could not be resolved even if the translation source and destination language are changed, and even if the interpretation tool is changed. Prior to the unfeasibility of translating a language into another, there exists the very impossibility of translating what is not a language into a language in the first place. The artist already has the knowledge that whichever tools he uses are incomplete. He also knows that using other tools can not solve the problem, and that he could not near towards the complete conveyance even if he does not miss anything and successfully searches through everything there is. As he said, “This is not a sound coming out of the mouth.” His work is an onomatopoeic word that expresses the inconvenience of being compelled to communicate using tools that are inherently lacking, and also a mimetic word that imitates the intention of the artist who attempts to complete the conveyance for even a moment. 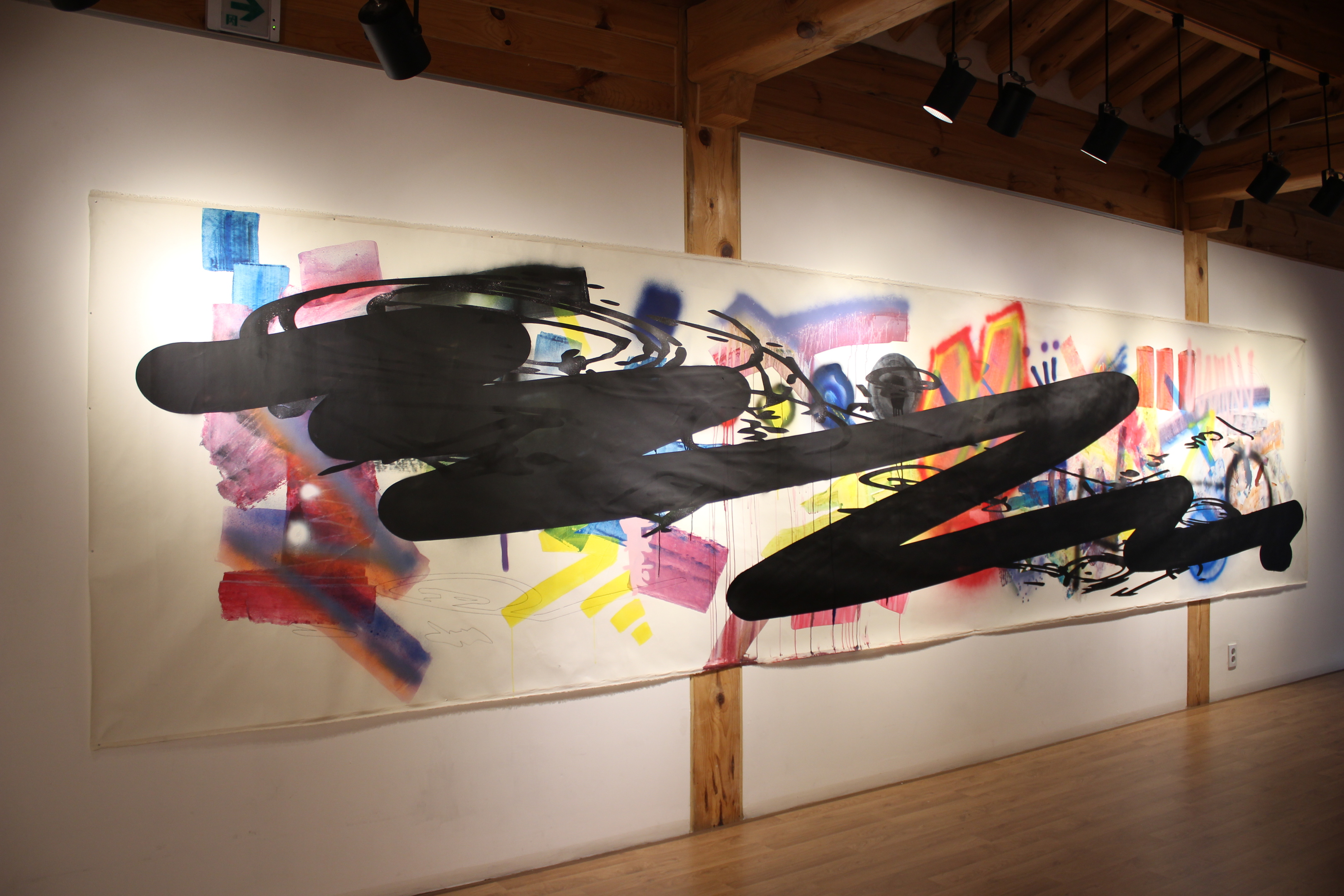 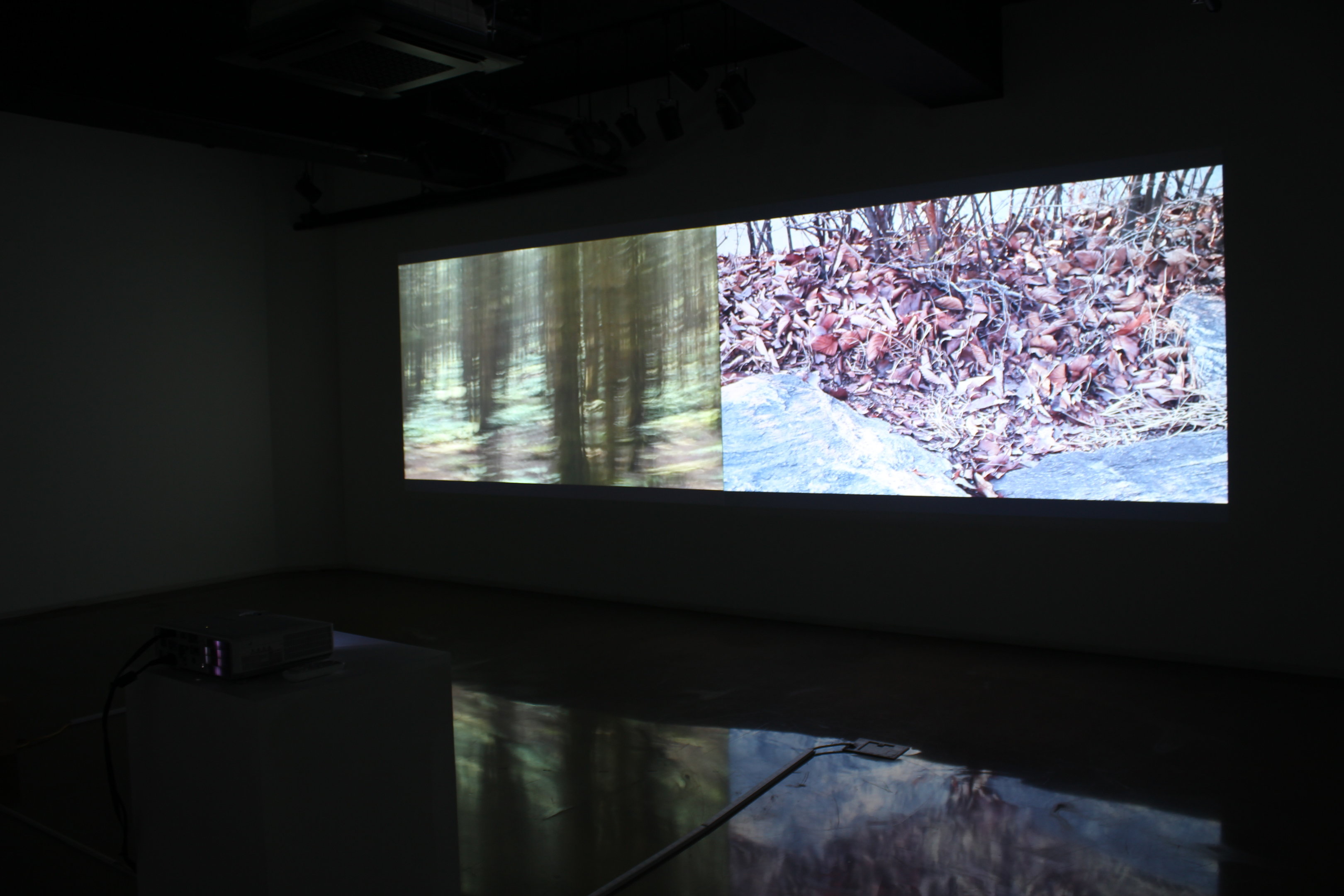 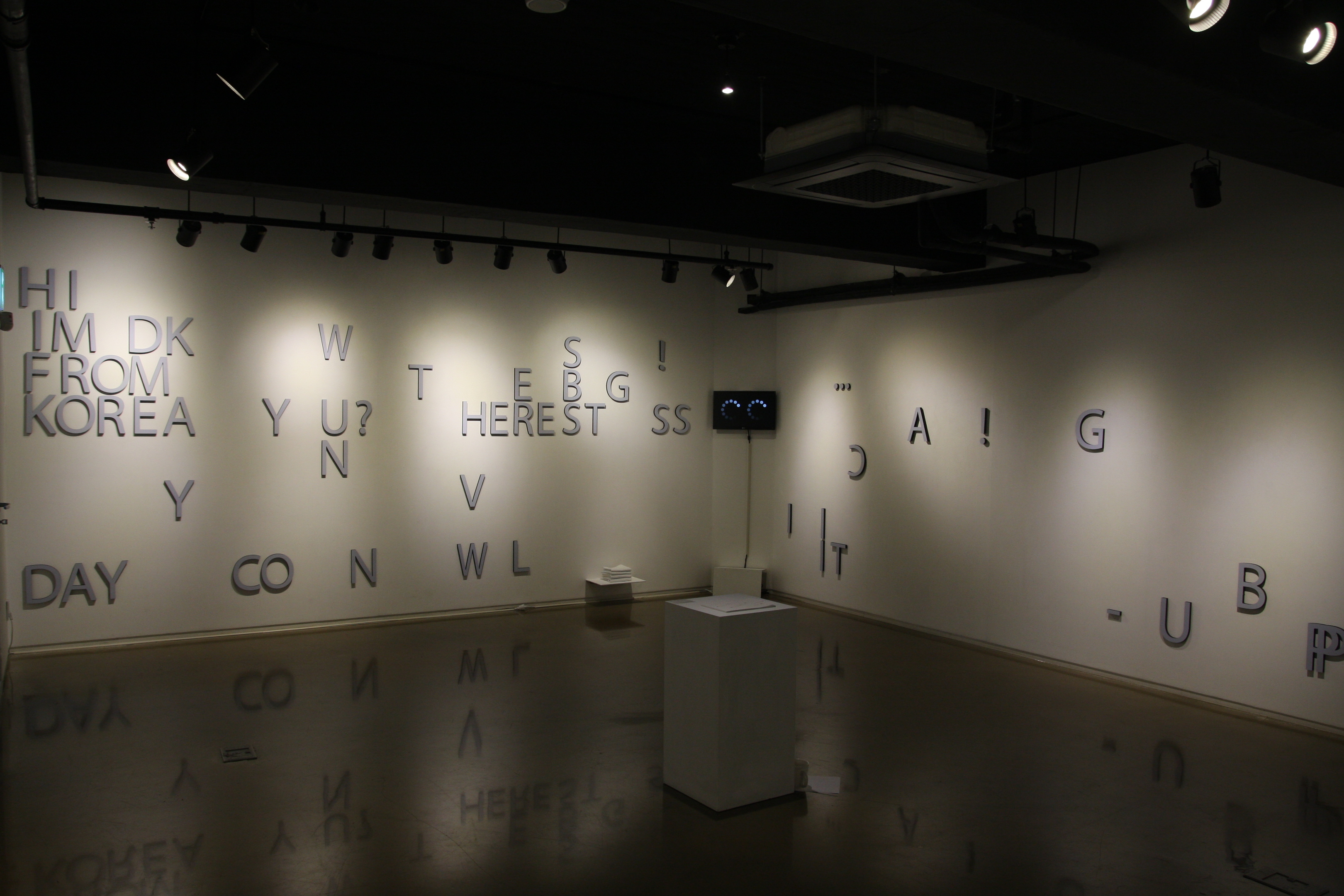 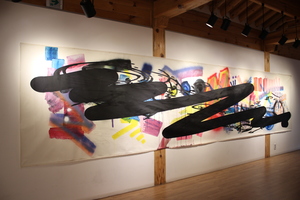 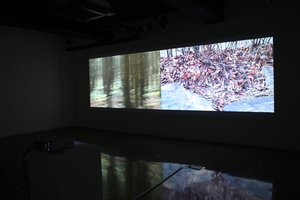 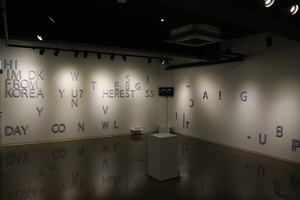